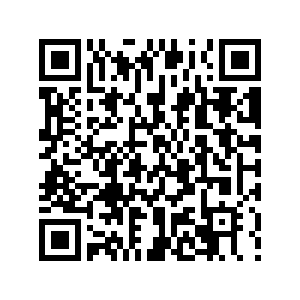 Turn on the faucet at home, use a lighter, and the rushing tap water suddenly turned into a ball of flame. On Sunday, Ms. Wen from Siyingtun Village in Dawa District, Panjin City, northeastern China's Liaoning Province, uploaded a video on the internet showing inflammable tap water in the house.

After the event fermented online, on the same day, the local government shut down the water wells in the problematic areas and set up a joint investigation team.

A reporter from China Central Television (CCTV) went to the village, did some investigation. On Monday, Ms. Wen told the reporter that the water that comes out is not good to clean the hands as well." After washing, there always seems to be a layer of oil sticking to our hands."

She also mentioned that Last summer, her father contacted the water company to check the situation, but they did not explain after investigation or solve the problem.

During the interview, the reporter found that the problems encountered by Ms. Wen's family in Siyingtun Village were not isolated cases. The tap water in the homes of dozens of villagers there has been accompanied by a gas outflow from time to time, while the air volume is not stable, changing from time to time.

The local water station says it is not its duty

When the reporter found Zheng Yongchao, the head of the local water service station in the town, and asked about the situation, he admitted that the local villagers' tap water had flammable gas in their homes long ago, but the cause has not been found out.

When asked by the reporter whether the water source was the cause, "This is not my responsibility to think about it." the stationmaster Zheng responded.

The reporter again asked which department should be responsible for this, he didn't give any comments.

But Zheng mentioned that during the pumping process, they have found that the water contains a lot of gas. "But the water was still sent directly to the villagers' homes without any treatment", he said.

There is a laboratory in the water service station in the town. When asked whether there was any problem with the test in this water at that time, Zheng just said that they could not test it. "we just observe with the naked eye in the laboratory." But, the district's laboratory can test it, Zhang added.

According to China's relevant laws and regulations, drinking water quality in rural areas need to be tested every year, but for more than two years. Despite repeated reports from the villagers, they have never seen the tap water quality test results from the relevant departments in the district.

After the video uploaded by Ms. Wen attracted attention, the local government issued an announcement that night announcing a joint investigation team's establishment to conduct detailed tests on the gas in the water.

In the early hours of Tuesday morning, the survey results finally come out: Siyingtun Village's tap water source comes from deep groundwater. Because a small amount of natural gas struck into the water layer, the natural gas was brought to the ground during the water extraction process.

"Due to the water storage device of the tap water station in this area is undergoing expansion and renovation, and the temporary direct supply of groundwater has caused a small amount of natural gas to enter the water pipe network, causing flammability", it said.

Some experts said that natural gas could not be dissolved in water, and the reason tap water can be ignited is that there is natural gas at the water source, and the mixture of the two is directly transported to residents' homes.

However, they are also worried about the "direct groundwater supply", saying that there must be other impurities in the tap water except for natural gas!

Some local citizens also expressed their concerns that this phenomenon has appeared for at least two years. It is not just a "temporary thing" as the survey says, they told reporters.

At present, the local water conservancy, health, emergency, and other departments take the lead to conduct a comprehensive investigation of the tap water sources in the entire region and announced that no such problems had been found in other areas.

The current work of the town's water station chief Zhang has been suspended. The local government will also initiate accountability procedures for relevant departments and personnel that caused related problems.