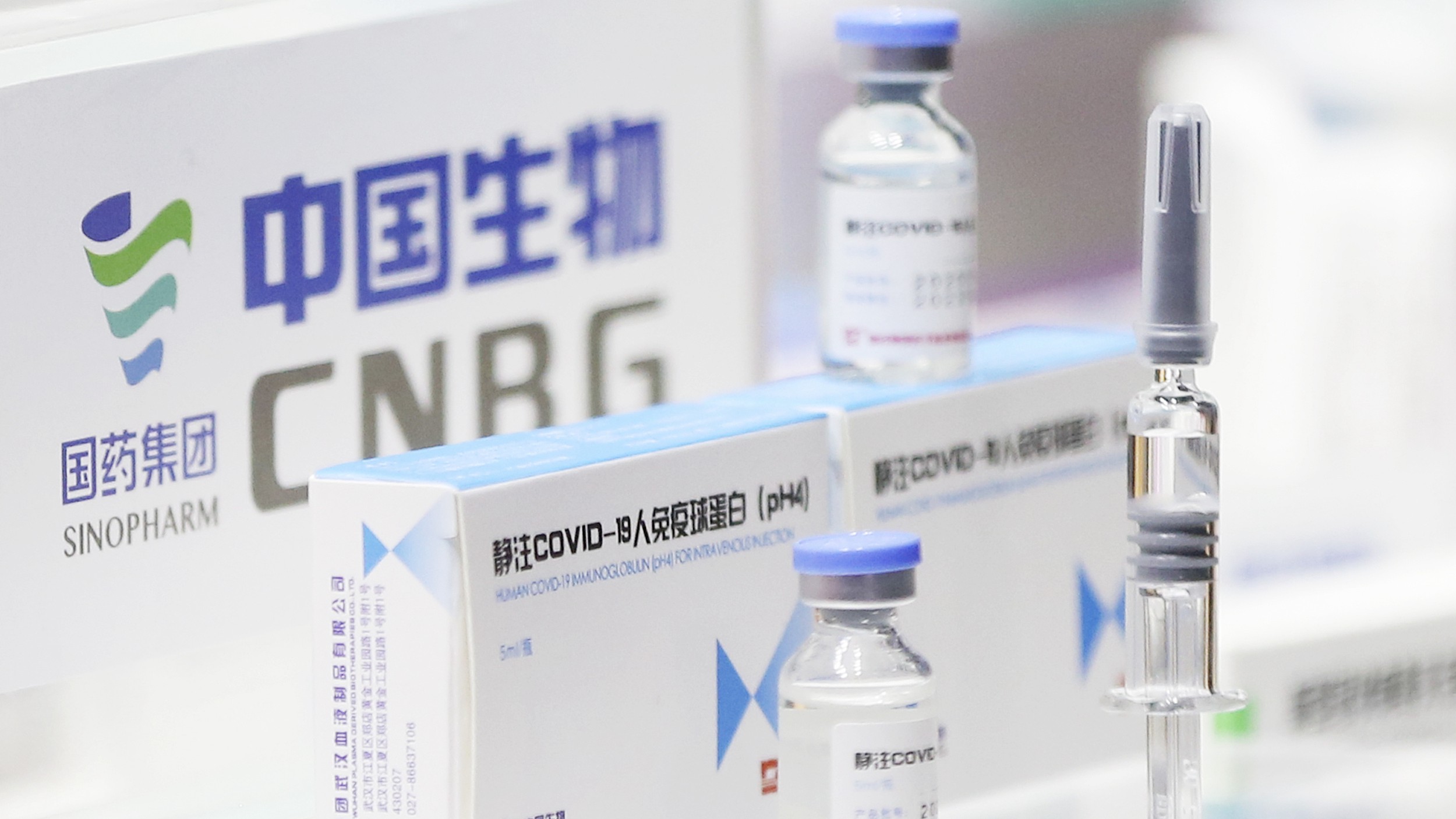 A COVID-19 vaccine by China National Biotec Group Co. is displayed during the China International Fair for Trade in Services in Beijing on September 6./VCG

A COVID-19 vaccine by China National Biotec Group Co. is displayed during the China International Fair for Trade in Services in Beijing on September 6./VCG

Sinopharm, a leading Chinese vaccine developer, has applied for a license to bring its COVID-19 vaccines to the market, the company's vice general manager Shi Shengyi told Xinhua Wednesday.

The application has been submitted to the National Medical Products Administration for review, Shi said. Once approved, it means the vaccines will be available for the general public.

Two vaccine candidates developed by Sinopharm's subsidiary China National Biotec Group Co. (CNBG) have been approved for emergency use since July for medical workers and other limited groups of people who face high risk of infection.

Nearly one million people have taken the vaccines in the emergency use program, and no serious adverse reaction has been reported, CNBG said last Wednesday in an article posted on its official WeChat account.

On November 17, Liu Jingzhen, chairman of Sinopharm, said that the vaccine candidates have been under Phase-3 clinical trials in 10 countries including the UAE, Bahrain, Egypt, Jordan, Peru, and Argentina, with nearly 60,000 people inoculated. Blood samples of more than 40,000 participants have been taken 14 days after they took the second dose, showing good results.

Among construction project workers, diplomats and students who went abroad after taking Sinopharm's vaccine, no one has been infected, Liu said.

On November 6, during the 3rd China International Import Expo held in Shanghai, Liu said that the company will be able to produce 100 million doses by the end of this year, and the production capacity will exceed one billion doses next year, which will meet domestic demand for the vaccines.