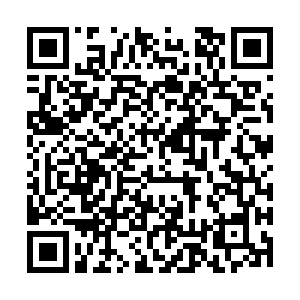 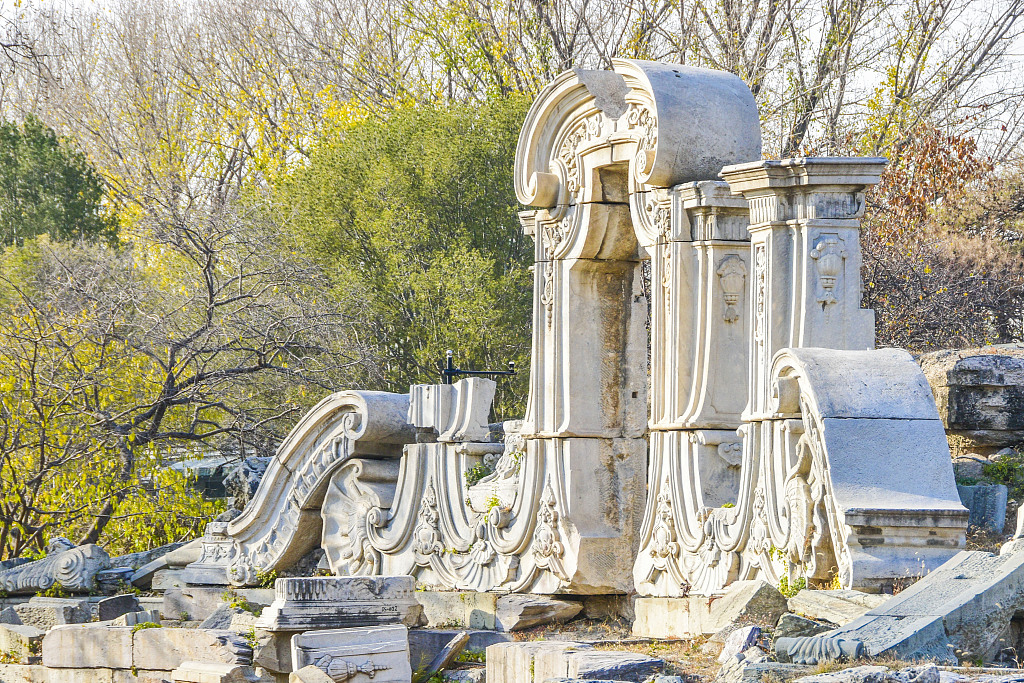 Historically, the construction of Old Summer Palace, circa 1707, in many ways reflected the upbeat mood of the Chinese in the early 18th Century. Under the rule of Qianlong Emperor, the Qing dynasty reached its zenith during this time period. The lavish project was an architectural outcome of such collective levels of confidence, economic boom, and tributes sent from allied counties. However, it only survived for less than 200 years. The "Garden of Gardens" was looted, burned and destroyed in 1860 and 1900 respectively.

Hundred-and-sixty years after its destruction, the monumental palace is once again under the spotlight after some legislators suggested to rebuild the palace on its ruins, restoring its former glory and strengthening patriotism. The National Cultural Heritage Administration said "no," and this stirred up a spirited discussion among the public.

In its reply, the bureau said rebuilding the Old Summer Palace is unnecessary and will change the status quo of the palace. And as a pile of ruins, the relic can serve as a warning to Chinese people and remind them that they should never forget the national humiliation.

After the reply, netizens began to express their excitement or frustration, with some supporting reconstruction and others strongly disapproving it.

Besides, experts also doubt whether modern techniques are able to rival ancient workmanship as there are few history records and data about the structure of all buildings in the palace. 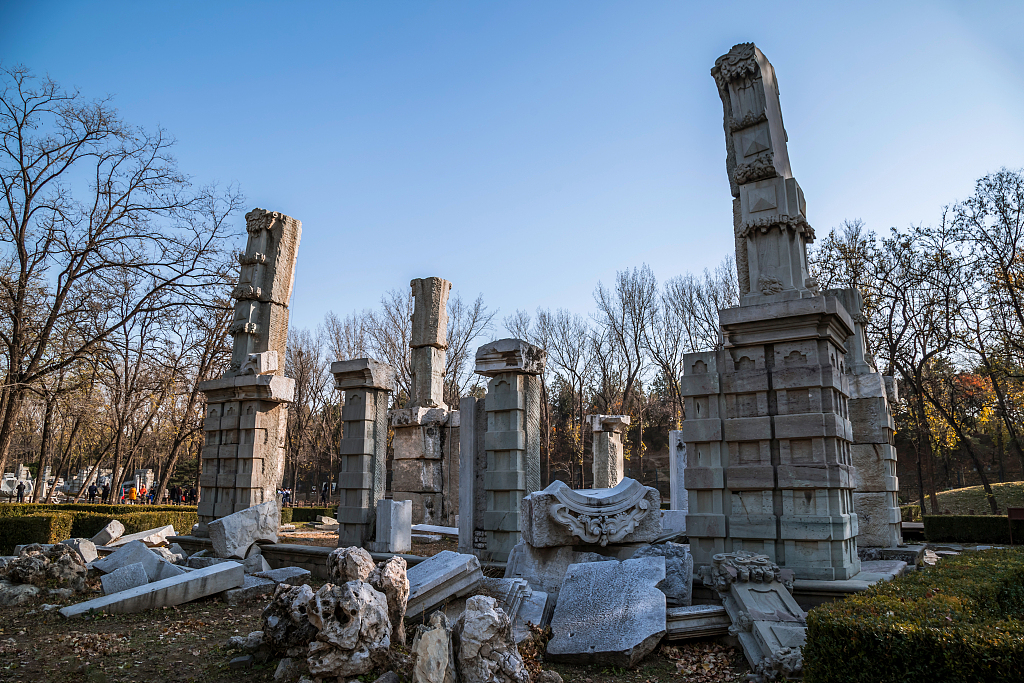 This debate is not new in China.

Since the 1980s, there have been occasional debates discussing the possibility of rebuilding the Old Summer Palace but a conclusion was never reached. A book that collected hundreds of articles about the national debate was even published in 2007.

And in 2011, when one of the temples in the palace opened to the public, Sina News launched an online poll asking about people's preference for reconstruction. It turned out that 77 percent of citizens were opposed to rebuilding, with 21 percent in support of it. Many felt the rebuilding was a waste of money as it was reported that restoring the temple alone would cost 36 million yuan.

There are already two replicas of the imperial summer palace in the country. One is located in eastern China's Zhejiang Province and the other is in southern China's Guangdong Province, but both do not enjoy the reputation of the original, and the latter was even quite unfamiliar to most Chinese though it cost 600 million yuan ($91 million) to build.

The park in Zhejiang is also not without controversy. In 2015, Xu Wenrong, founder of the world's largest outdoor movie studio site Hengdian World Studios, rolled out a full scale replica of the palace in Jinhua, Zhejiang, which covers four million square meters.

Xu's company spent a total of 30 billion yuan (4.5 billion U.S. dollars) to finish the project. At the time, he predicted that the new palace, as a part of his giant Studios, will attract 40 to 50 million visitors after five years of operation, but total visitors at Studios stood at 20 million in 2019.

Rebuilding the palace did bring Xu more visitors, but not as much as he expected. And the notable replica drew ire from the Old Summer Palace management office, that warned it would take legal actions as the replica infringes on the old Summer Palace's intellectual property rights. 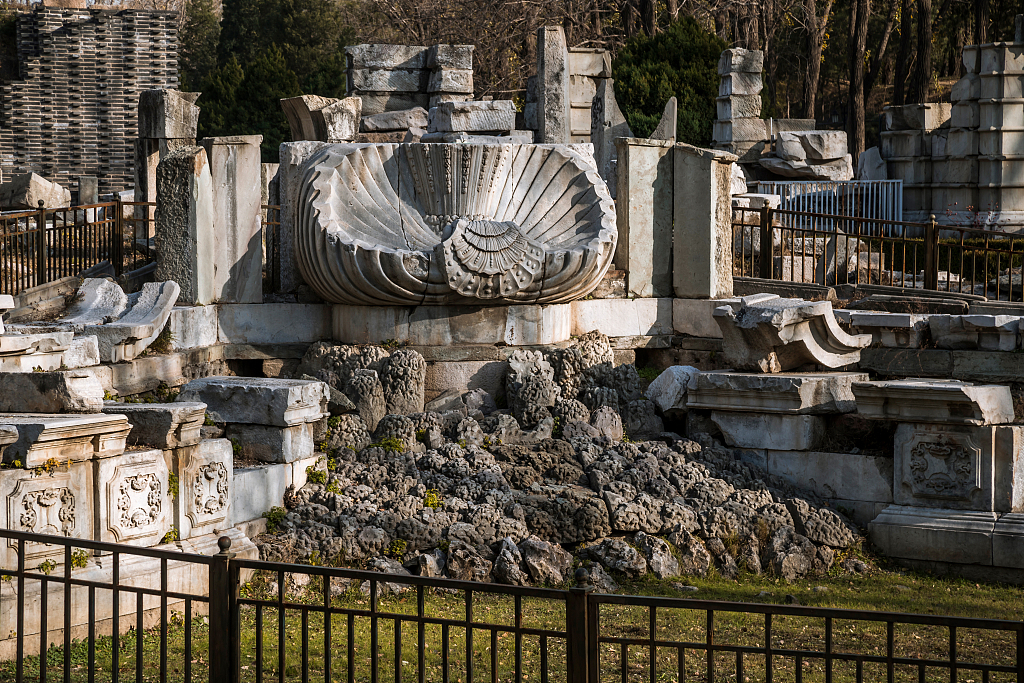 Xu defended that he just wanted to restore the former glory of the Old Summer Palace and share the beauty, history, architecture and also ancient Chinese wisdom with the younger generation. But some have criticized him for exploiting Chinese patriotism to make money under the guise of a noble cause.

This time, as the debate has been raised again. China Central Television, Xinhua News, Guangming Daily as well as Red Star News all voiced opposition against the reconstruction, commenting on their websites that it's time for the debate to stop forever.

CCTV claimed that patriotism should not be used as the cover for any intention, good or bad. Red Star News warned that behind the debate, some are just in it for the money stakeholders – they stir up patriotism and then take advantage of it to make money. Guangming Daily commented that people go to the Old Summer Palace for commemoration not for sightseeing, and the current ruins can remind Chinese people that lagging behind leaves one vulnerable to attacks.

Though part of the society has gotten tired of the debate, Han Shuifa, a professor in Peking University said that with the rapid development of China, a part of Chinese want to rebuild the palace out of patriotic emotion, while some have been growing more rational, so the debate may go on forever between the two parties.