When livestreaming becomes a field of study in college
Yu Jing 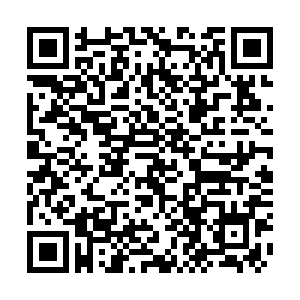 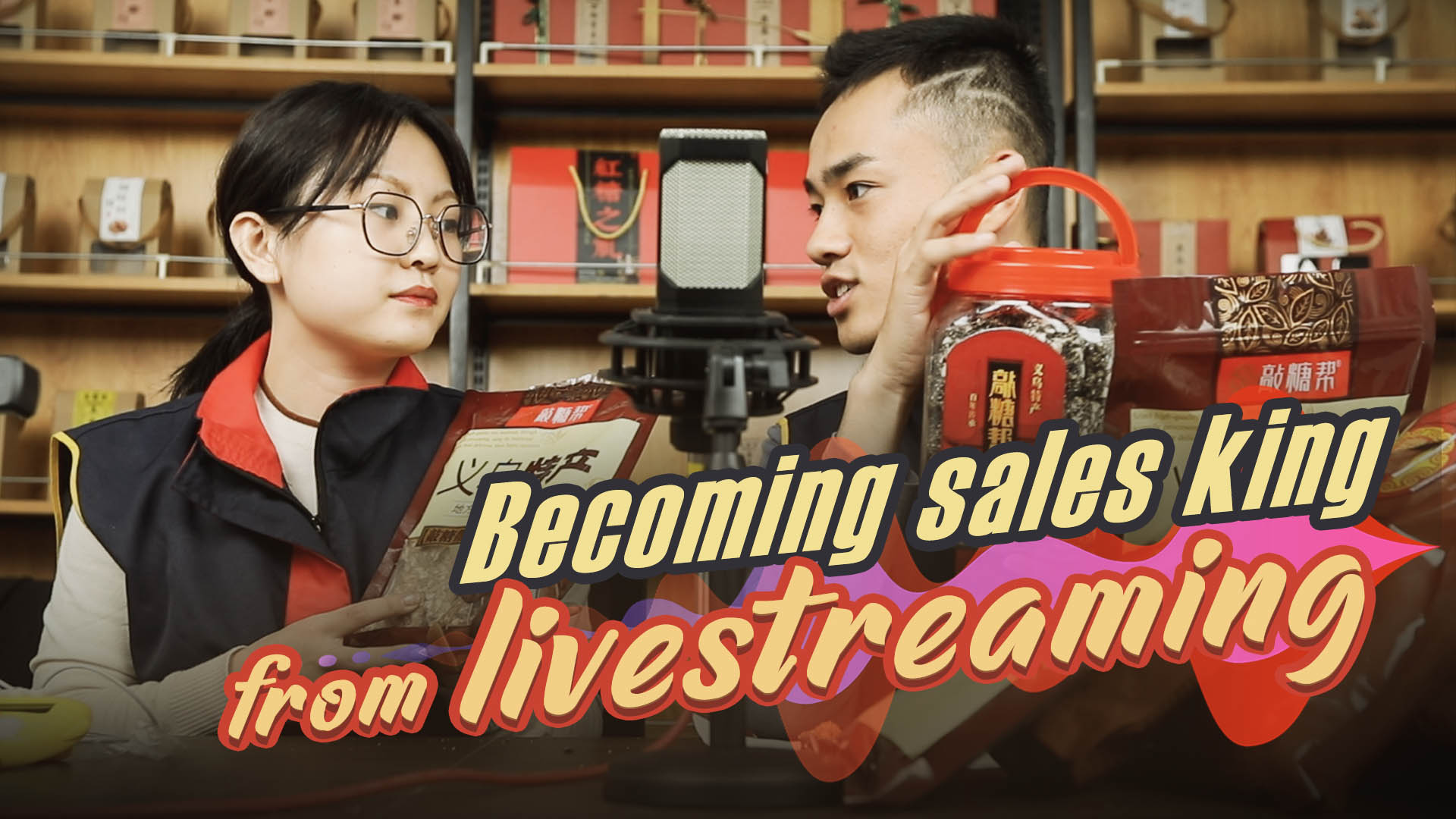 Twenty-three-year-old Fan Zipeng looks no different from an average college student. He is dark-skinned, has a buzz cut hairstyle, and carries the aura of a confident millennial.

But one thing distinguishes him from his peers. He is way more articulate than most of the the college students who are camera-shy. His school work requires him to stay under the spotlight at least six hours a day, entertain an audience of around a few thousand, and most importantly, persuade them to buy products by clicking on links he shares via livestreaming. Five months into his first livestreaming session, he has already raised 1 million yuan in sales.

Courses like social media marketing is offered at the school. Livestreaming studios were also constructed, and a joint training program with Alibaba, China's e-commerce giant, was launched at the school. 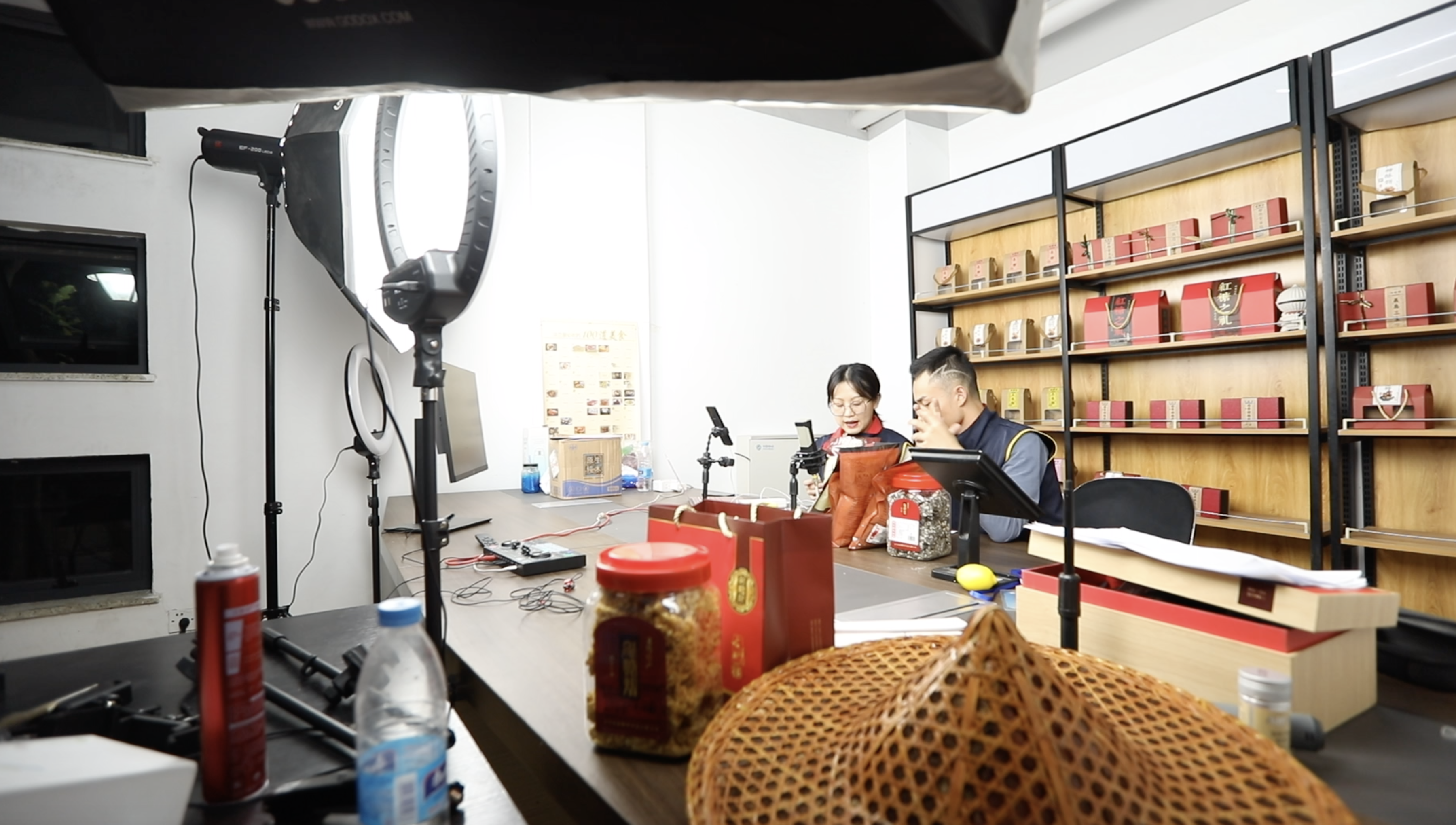 Fan and his schoolmate promote Yiwu brown sugar during a livestream. /CGTN

Fan and his schoolmate promote Yiwu brown sugar during a livestream. /CGTN

But e-commerce livestreaming – one that seems to promise quick money – is not as easy as it seems. In the beginning, Fan started out broadcasting to virtually no one on group-buying platform Pinduoduo. Few people tuned in except from his supportive friends and family. That lonely livestreaming experience lasted for three days and finally in his fourth livestreaming session, he had a breakthrough.

Someone bought 300,000 yuan worth of products that night, Fan recalled, still reeling with excitement. "I couldn't believe it when I see the number on screen. I was definitely lucky," he said.

E-commerce livestreaming is a lucrative business. Those on the top of the pyramid can rake up to hundreds of millions in annual earnings, but for no-name live streamers, it's extremely hard to carve out a niche for themselves. According to market research firm iiMedia based in Guangzhou, around 45 percent of e-commerce livestreamers earn less than 10,000 yuan per month, and those with a monthly salary of more than 50,000 yuan only account for 4.1 percent of all livestreamers. 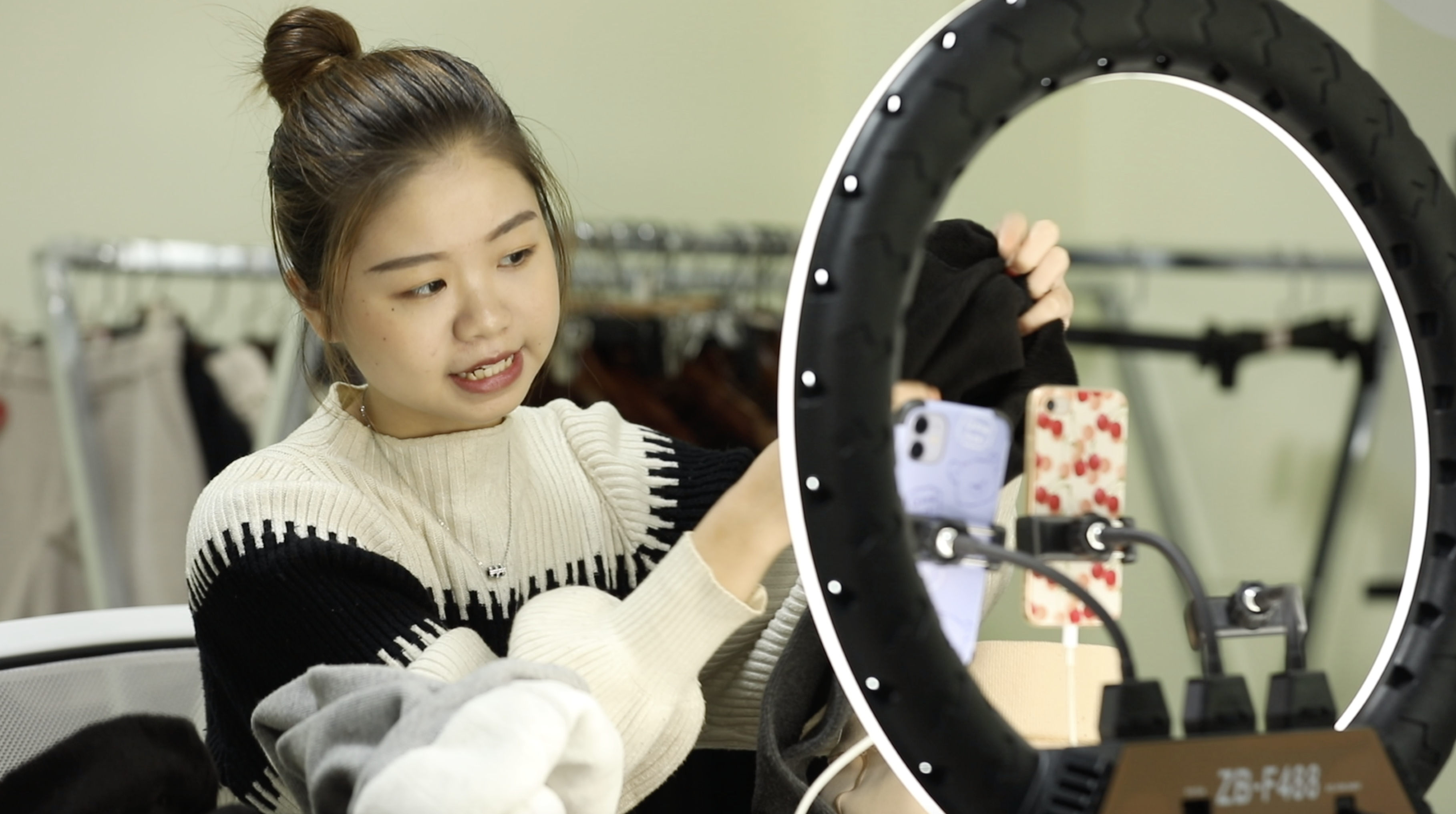 Fan and his cohort follow an intense daily schedule. He wakes up at 5 a.m., livestreams at 5:30 a.m. for three hours straight. After having breakfast at 8 a.m., he then proceeds with his regular routine as a college student, while the entire evening is dedicated to selecting products and writing scripts for livestreaming.

Around him, some students would pull in all-nighters to boost sales. There is the pressure to stream daily and stream for longer sessions in fear that fans would move on. "Viewership is king in livestreaming," said Fan. "As young and no-name livestreamers, we have to select the time slots in which those top streamers aren't working to attract viewers."

The school built up five livestreaming studios for students to hone their skills. Each studio is assigned with a teacher who works as the students' technician, production assistant and business development manager rolled into one. Fan's supervisor, Cao Qian, has his own company representing social media influencers. He is the go-to man for students when they want to connect with big market players in livestreaming, or the management team behind livestreaming platforms.

Calling himself a co-worker rather than teacher, Cao said what he can offer students is industry resources and insight. 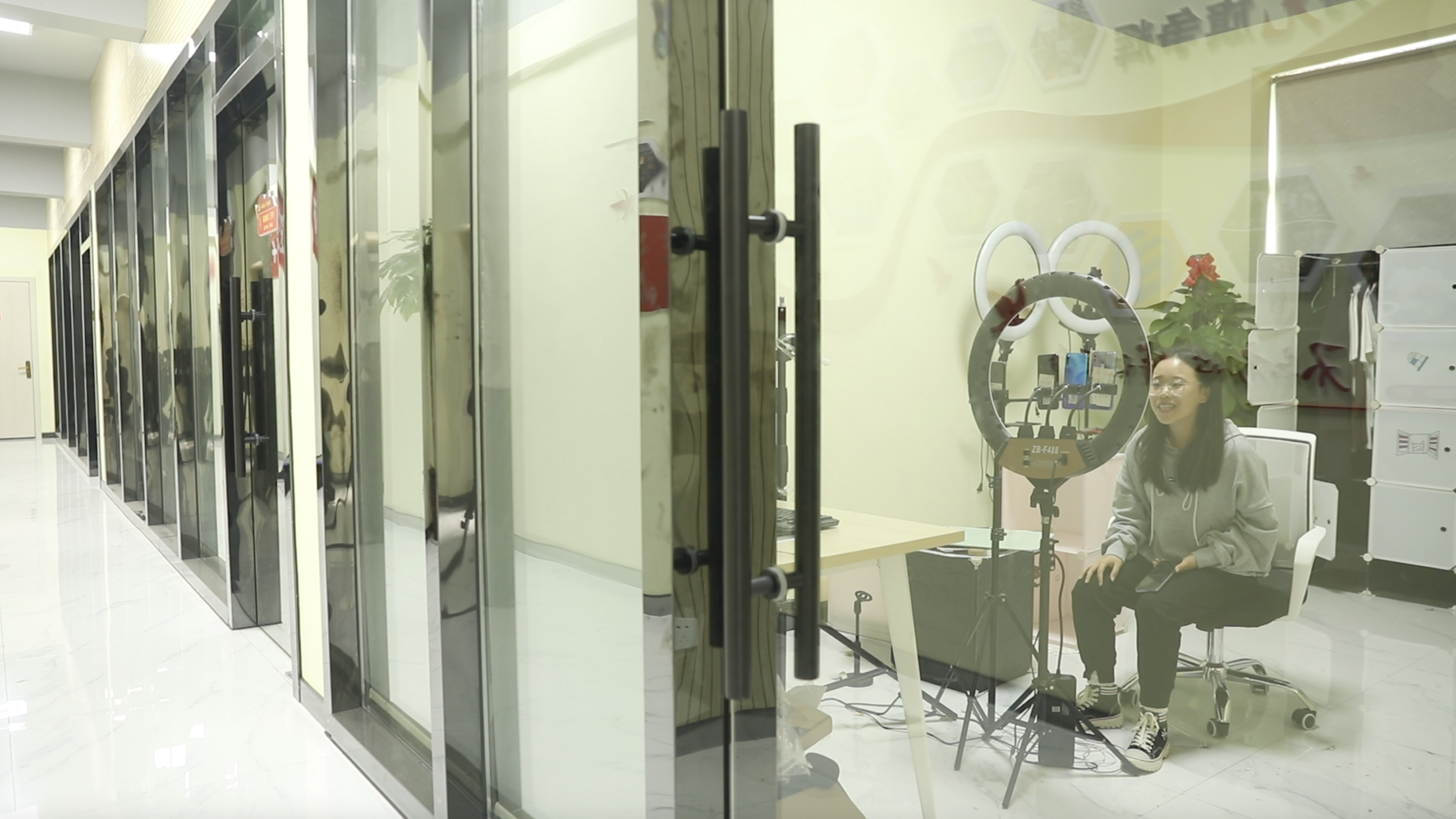 He views the business as essentially about sales. Streamers he trains are normally required to start with selling small household items before proceeding to more specialized products like cosmetics or food. His intention is to first cultivate their sales skills, then let them work on finding their niche and to develop specialized knowledge of that niche, so that upon graduation, they can be experts in a few fields.

Top e-commerce livestreamers are indeed the shakers and movers of their industries. China's "King of Lipsticks," Li Jiaqi, once sold 150,000 lipsticks in five minutes. He also managed to revive the sales of many Wuhan-based companies whose businesses were seriously stricken by the coronavirus lockdown. In his first livestreaming session to help promote Hubei products, 13.5 million people tuned in. 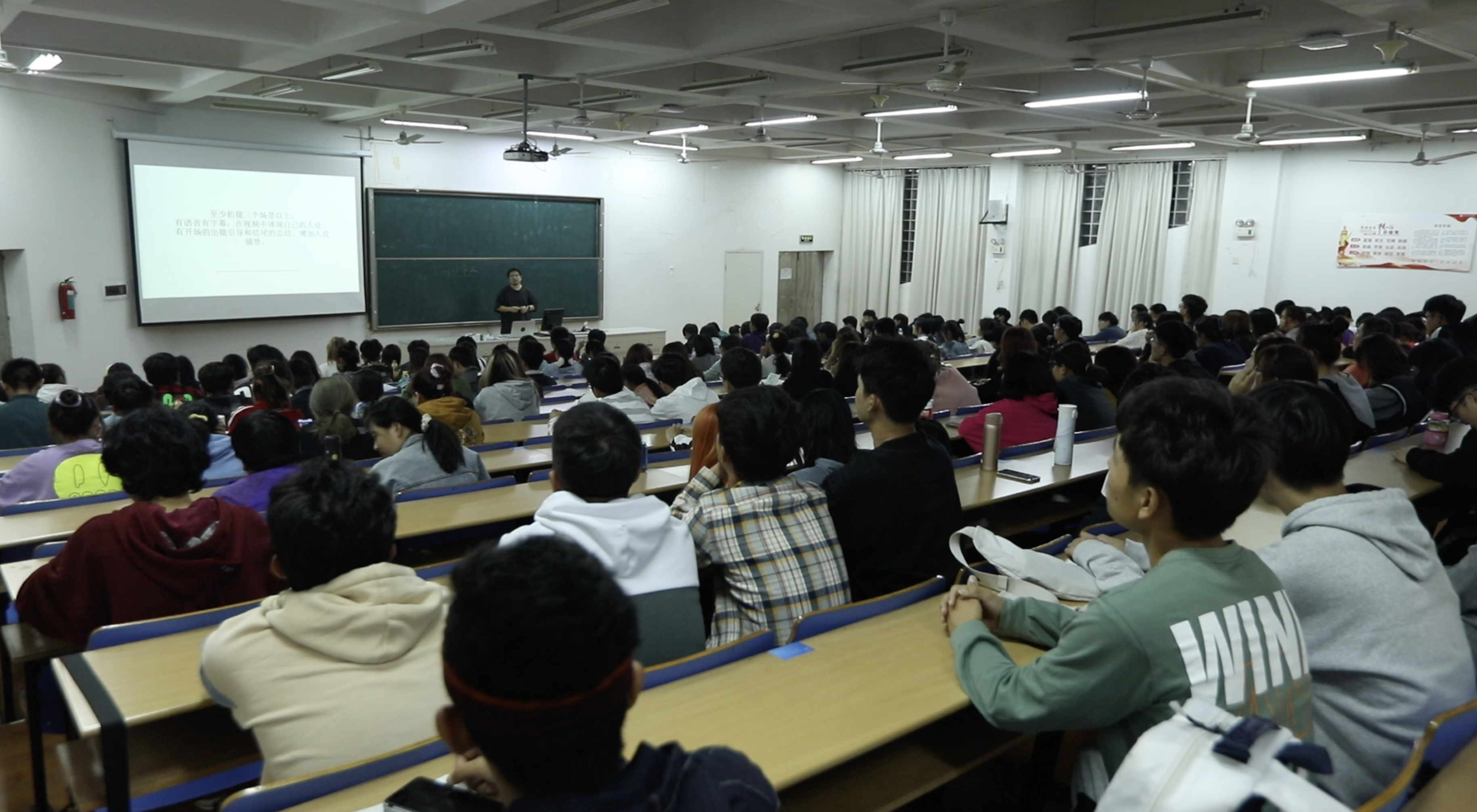 The public attention garnered by livestreamers means that more regulations will come into place and there will be higher requirements on livestreamers' skills and capability, wrote a report by iiMedia research on China's e-commerce livestreaming industry.

Earlier this year, e-commerce livestreamer was officially recognized as a profession by China's Ministry of Human Resources and Social Security. In Zhejiang Province where Yiwu Industrial and Commercial College is located, livestreamers who pass exams developed by relevant industry bodies can obtain government-recognized certificates to prove their skills.

While e-commerce marketing is normally plagued by a lack of trust, selling via livestreaming resolves the trust issue between consumers and brands, noted Cao. Its transparent way of operation boosts consumers' trust on the livestreamers, and thus they would follow their advice when it comes to product recommendations, he added.

"It is less about sales, but more about finding the products that can bring the most benefits to the viewers," said Fan, the aspiring livestreamer.