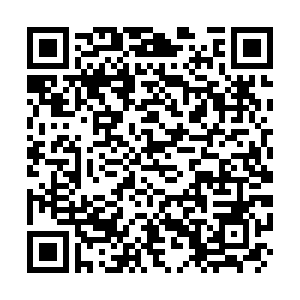 Profits for China's major industrial enterprises edged up 0.7 percent in the first 10 months of 2020 from the year-earlier period to settle at 5.01 trillion yuan (about $761 billion), with the cumulative industrial profit growth sailing into positive territory for the first time in the year, official data showed Friday.

In October alone, the profits of major industrial enterprises reached 642.91 billion yuan, skyrocketing 28.2 percent from a year earlier, and the growth rate was 18.1 percentage points higher than that in September. Major industrial companies in the country refer to those with an annual business turnover of at least 20 million yuan from their main operations.

National Bureau of Statistics (NBS) data showed the profits of major industrial enterprises dropped 36.7 percent in the first quarter before reversing a downturn trend to 4.8 percent in the April-June period and picked up the pace to grow 15.9 percent in the third quarter through to September.

The production and sales of major industrial companies witnessed a fast snapback, the supply-demand relationship continued to improve, and the profit recovery trend is further consolidated, said Zhu Hong, a senior statistician at the NBS, in a press release. 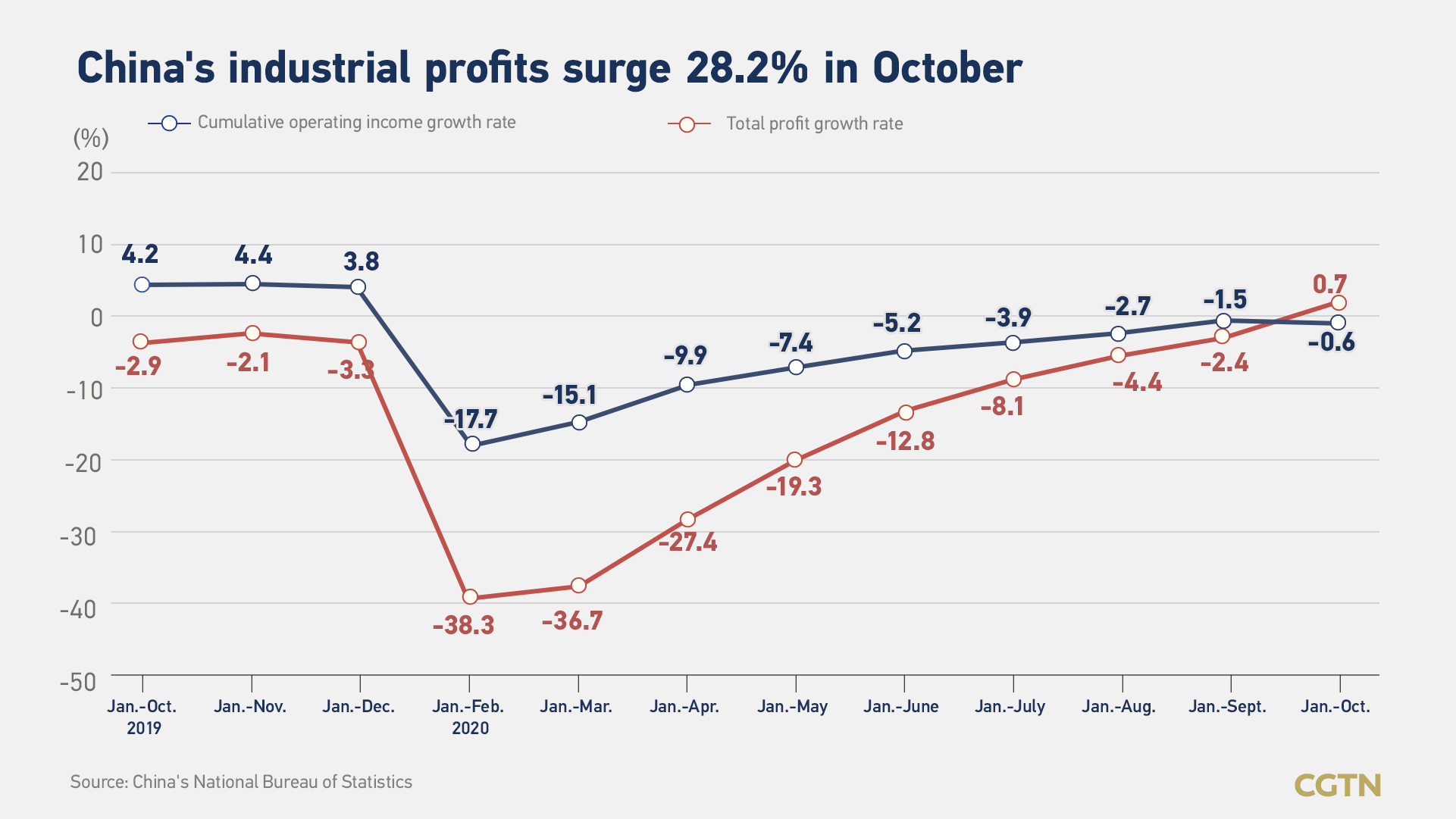 Among the 41 industrial sectors under the NBS measurement, 36 saw a quickened rise or narrowed decline in terms of profits from January through to October, among which 25 sectors enjoyed an uptrend in profits.

China's economic recovery gathered pace in the third quarter of 2020, with GDP growth in July-September registering at 4.9 percent from a year earlier, buoyed by investment and exports.

"As an array of policies and financial support shoring up the real economy and market players, the vitality of various market entities has steadily recovered, and their profitability has improved," Zhu said.

In the first 10 months, the profit of private enterprises climbed by 1.1 percent year on year, as compared to a 0.5 tumble from January to September.

Friday's economy round-up also showed profits in the auto manufacturing industry moved upward by 6.6 percent during the January-October period, 3.6 percentage points faster than that in the first nine months.

"As the policies stabilizing infrastructure investment and spurring on auto consumption keep functioning, the production and sales of trucks and new energy vehicles have been on the rise, which has led to a steady recovery of profits in the auto manufacturing industry," the expert added.