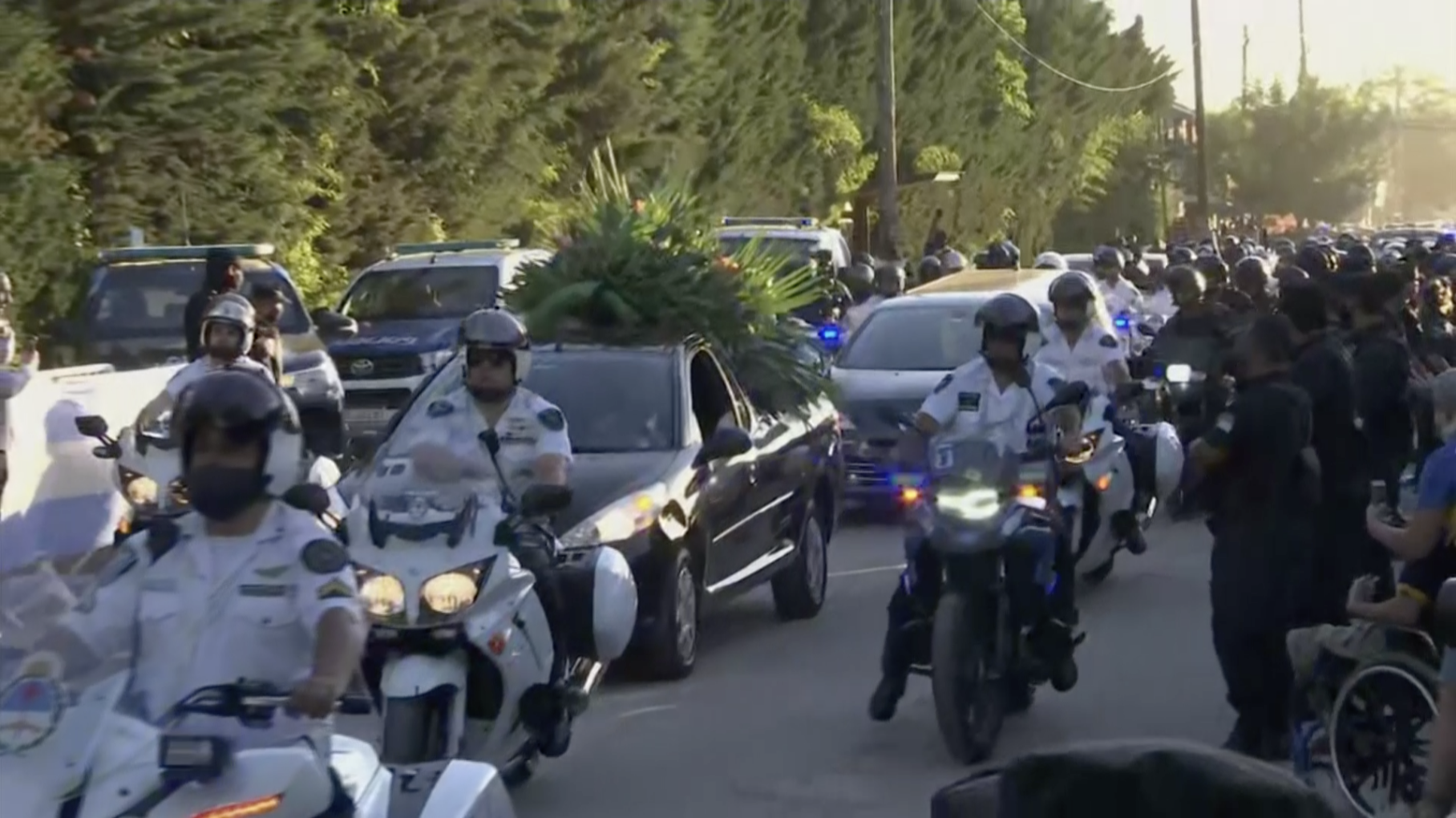 Argentine football legend Diego Maradona was laid to rest on Thursday after a private funeral on the outskirts of Buenos Aires.

As darkness fell, he was interred after a simple religious ceremony attended by around two dozen family and close friends in the leafy surrounds of the Bella Vista cemetery outside the capital Buenos Aires amid a global outpouring of grief.

Police officers escorted the hearse carrying the body of Maradona to the cemetery and hundreds of fans lined up along the streets to send him off.

The burial followed a day of high emotion that saw clashes between police and fans near the presidential palace in central Buenos Aires where Maradona lay in state in a closed casket for people to say their final farewells.

Starting at dawn on Thursday, thousands of fans had formed a snaking line estimated at over 1.6 kilometers long through the streets of Buenos Aires near the plaza, after a night of mourning and reminiscing.

Fans who got inside the palace – many missed out – threw soccer shirts, flowers and other items towards the casket.

Images on local TV appeared to show canisters of tear gas being thrown, with riot police and others on motorbikes trying to hold back the crowd, desperate to pay respects to Maradona who died on Wednesday, aged 60.

Some fans considered the police overreacted.

"We were calm lining up and suddenly, the police started to fire rubber bullets. Crazy, I just want to say goodbye to Diego," Rubén Hernández, 35, told Reuters.

The tensions eased after Maradona's body was transferred to the cemetery, surrounded by a huge procession of police and others on motorbikes and cars.

"He was someone who touched the sky with his hands but never took his feet off the ground," President Alberto Fernandez said while he visited the casket on Thursday.