Su Mudaerji, Wu Yanan & Li Jingliang will fight in a row in the UFC
Li Chenqi 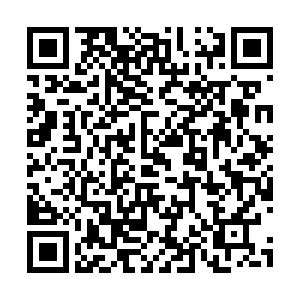 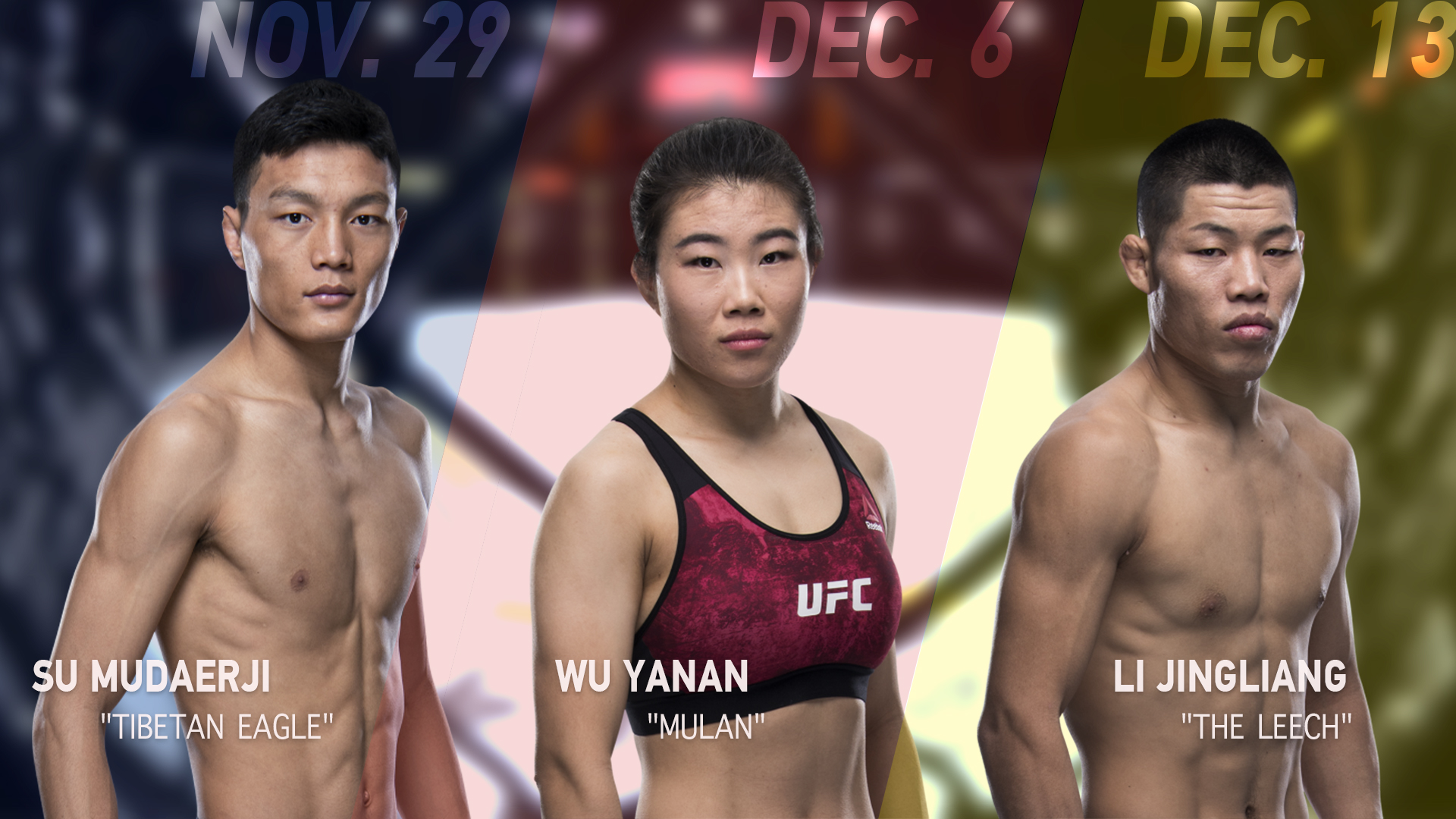 In the following three consecutive weekends, each Ultimate Fighting Championship (UFC) event will have one Chinese fighter presenting. 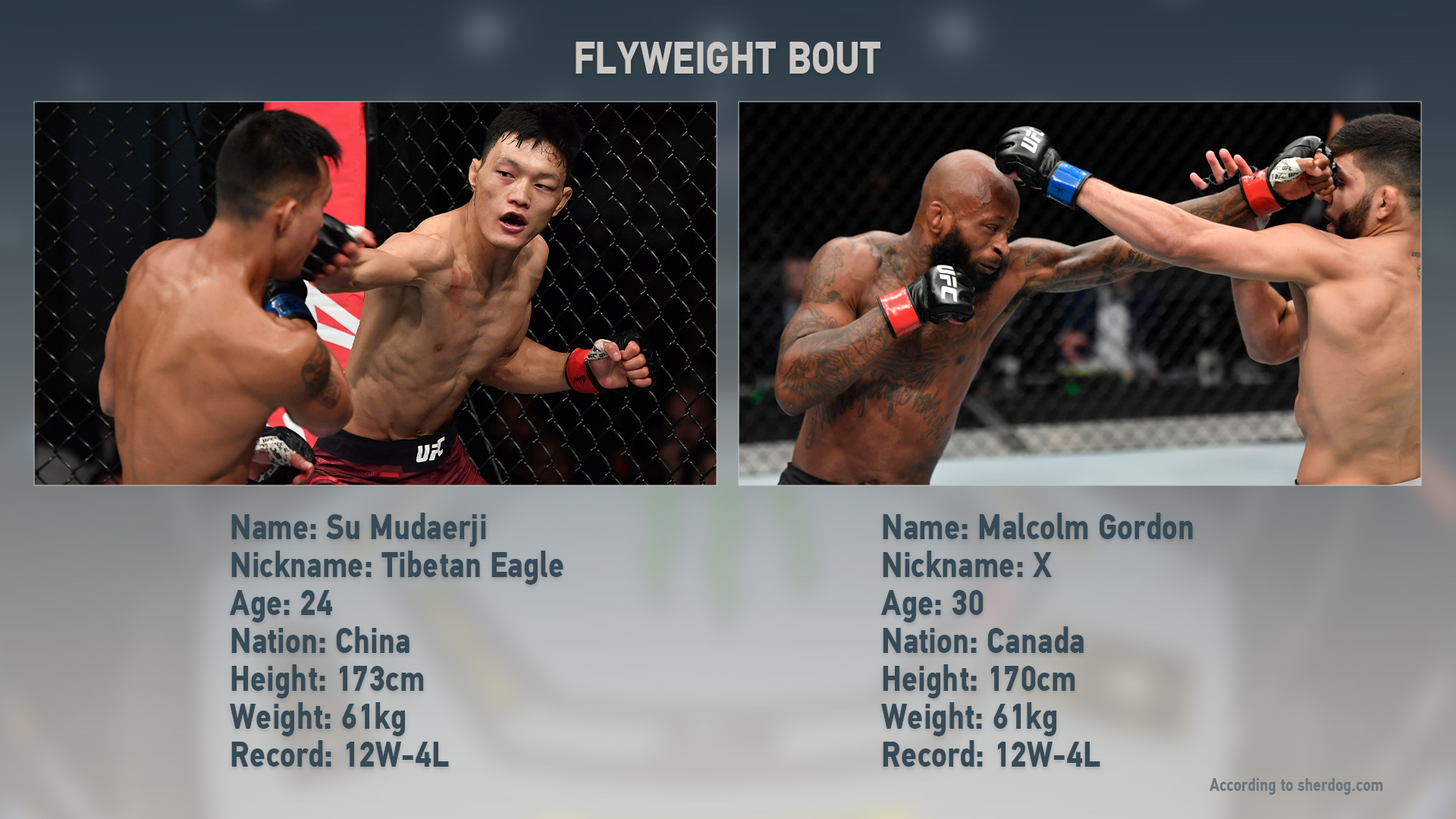 Signed with UFC in November 2018, Su became the first Tibetan fighter in the promotion, and now, he had a loss and a win in the Octagon.

Su's first fight was in the UFC Fight Night Beijing on November 24, 2018. In the event's opening match -- a flyweight bout, he submitted to Louis Smolka of Hawaii's arm bar in the second round of a whole sticky ground battle.

In his second fight in the UFC Fight Night Shenzhen on August 31, 2019, where Zhang Weili became the UFC champion, Su defeated American Laotian Andre Soukhamthath (14-8) by unanimous decision in a bantamweight bout. In the full three rounds, Su well controlled the distance with right leg, and did better than his previous match in takedown defending. 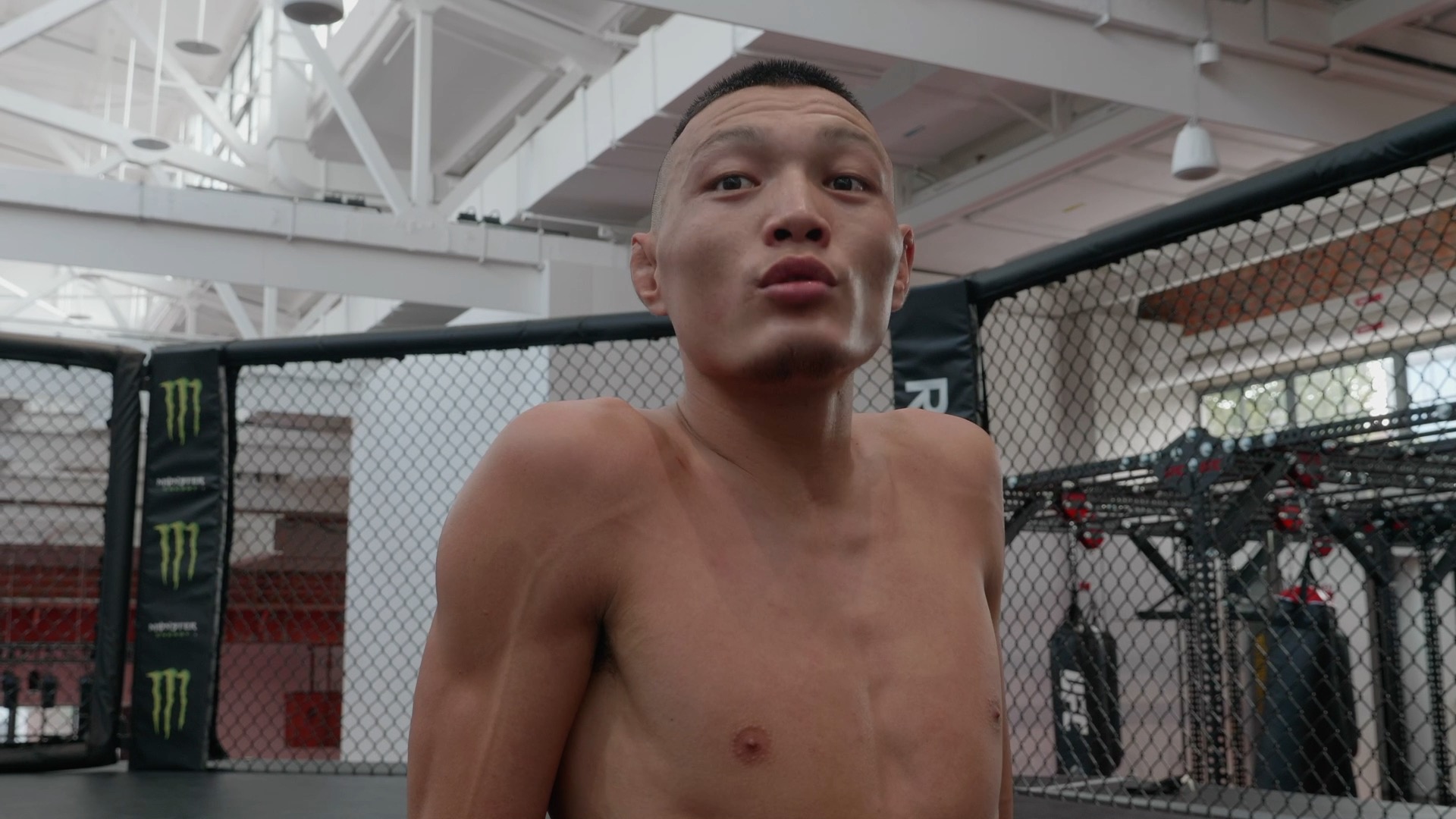 Similar with Su's first failure in the Octagon, Gordon experienced an unsuccessful debut in his first match in the UFC on July 18, 2020, where he lost to Amir Albazi of Russia by triangle bar at the last 10 seconds in the first round.

For knockout rate, Su has an over-80 percent of KO/TKO rate while Gordon has a 50 percent submission rate.

Coincidentally, it will be the second time that Su presents in the UFC event whose main card includes Curtis Blaydes. The last time was in Beijing. 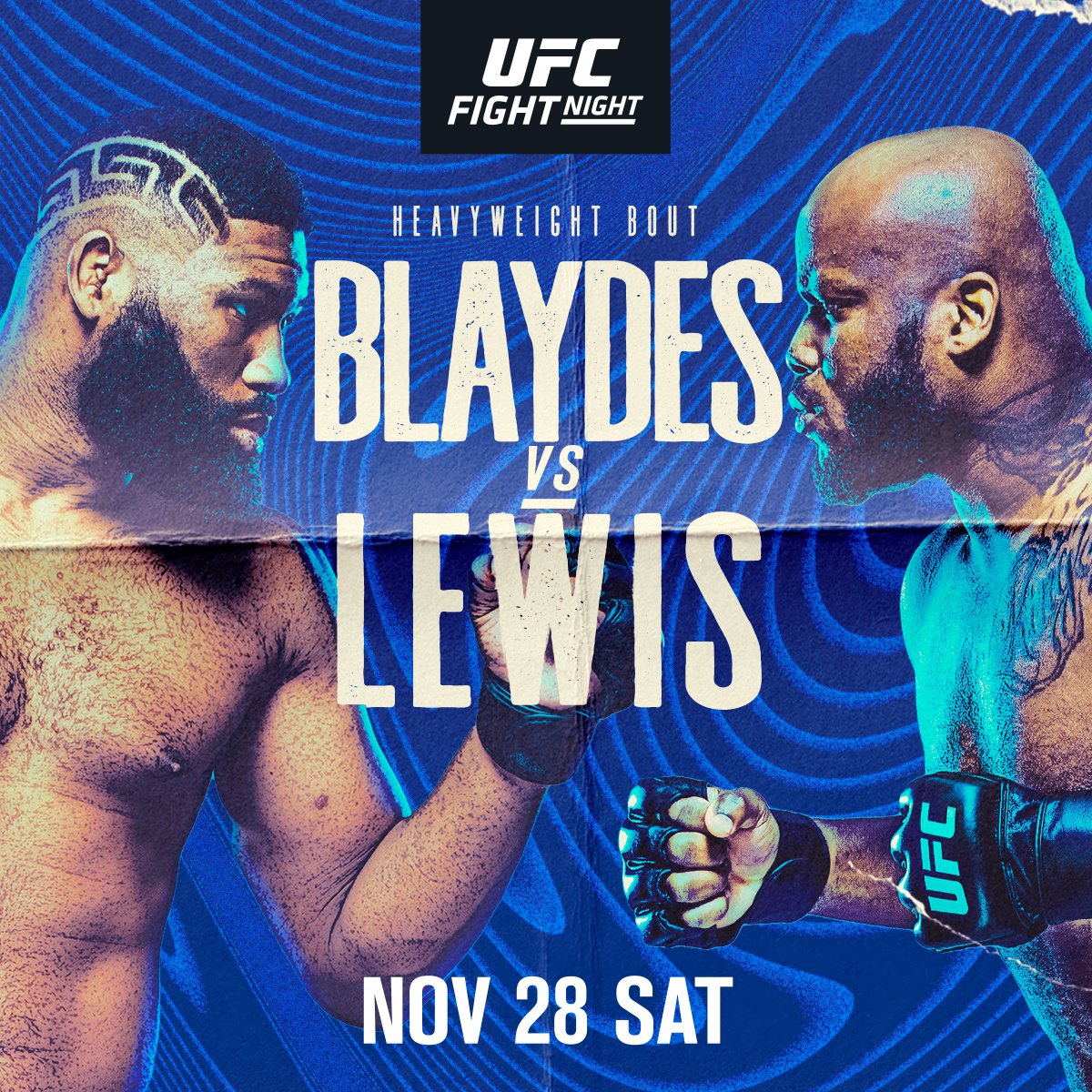 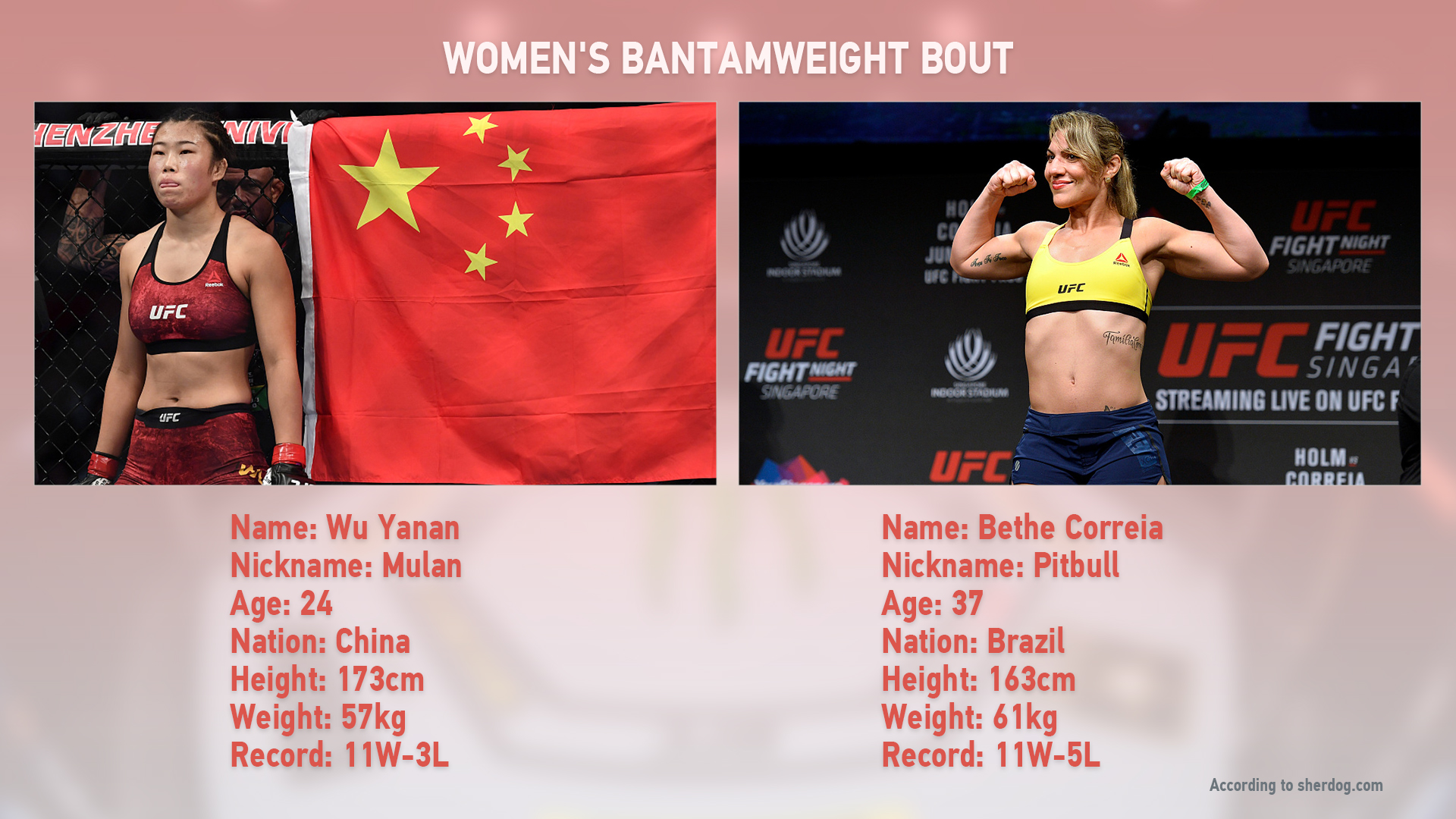 Wu Yanan (11-3) will face a 13 year older rival Bethe Correia (11-5) of Brazil in the UFC Fight Night: Jack Hermansson vs. Kevin Holland at the UFC Apex in Las Vegas, Nevada, next Sunday.

As one of China's three female fighters in the UFC, Wu's career road was more difficult than Zhang Weili and Yan Xiaonan, who are all in the strawweight division.

Wu has lost two of three UFC fights since joining the promotion at the end of 2017. She lost to Gina Mazany of the U.S. by unanimous decision during the UFC Fight Night Shanghai on November 25, 2017; won Lauren Mueller of the U.S. by armbar submission in a flyweight bout of the UFC Beijing; and lost to Mizuki Inoue of Japan by split decision in the UFC Shenzhen, where she didn't lose the weight to required level.

This time will be Wu's first fight abroad, and her opponent Correia seems weaker than Wu's rivals before, as "Mulan" is higher and younger than "Pitbull", and the Brazillian has five losses in total 11 fights in the UFC. 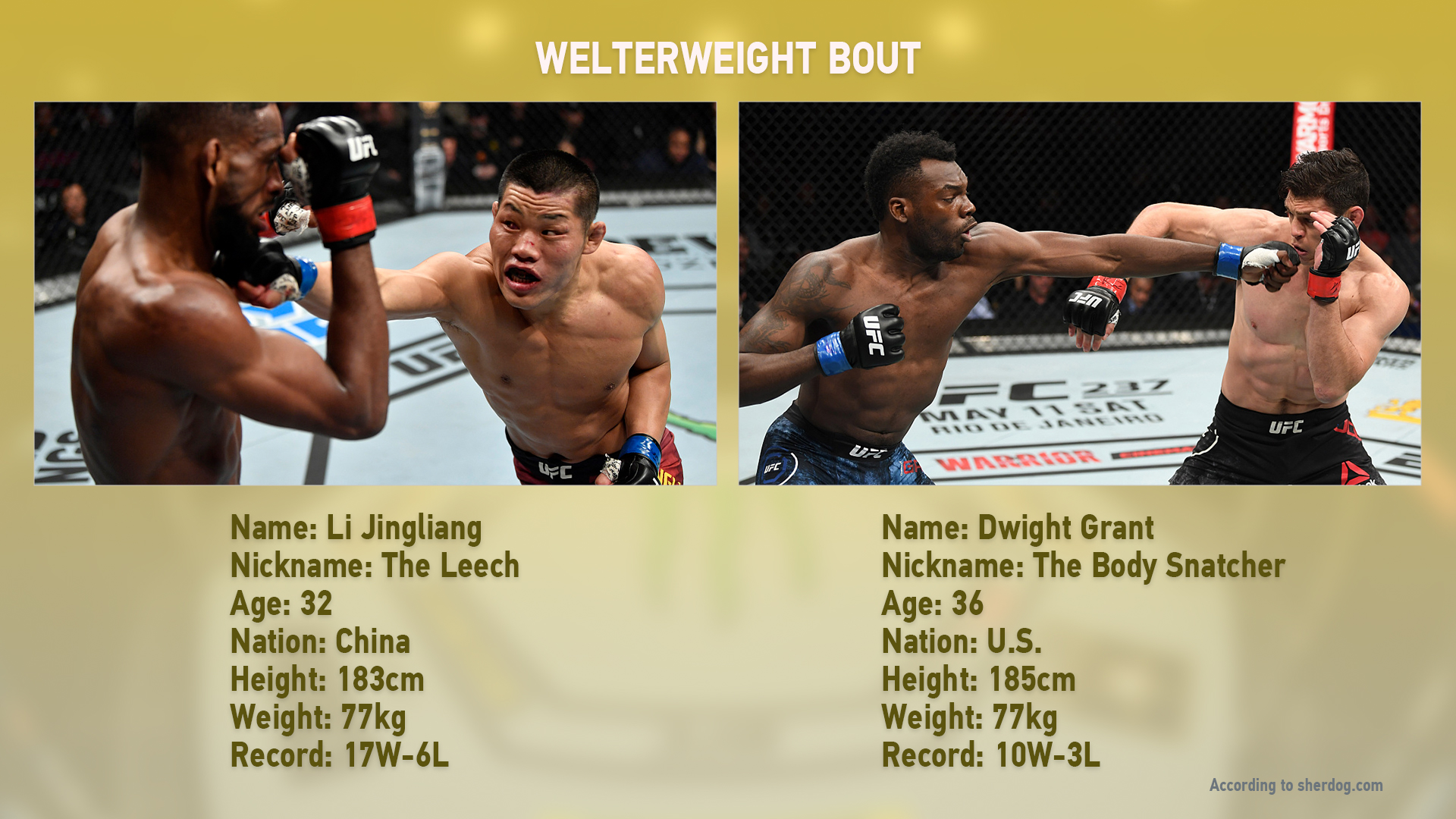 It will be the 14th fight in the Octagon for Chinese UFC veteran Li Jingliang on December 13 in the UFC 256, and "The Leech" will face "The Body Snatcher" Dwight Grant in a welterweight bout.

Li lost to Neil Magny of the U.S., the watchman of UFC welterweight division top-15, by unanimous decision in the UFC 248 on March 8, 2020, at the same event that Zhang Weili defended her belt against Joanna Jędrzejczyk. Grant also lost to Daniel Rodriguez of the U.S. on August 22 this year, and it's in the first round by TKO.

Having nine more matches' experience in the UFC and younger age, Li may gain a chance again to enter the top-15 ranking -- if he wins this one.