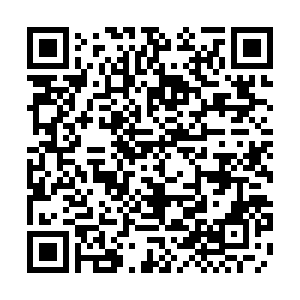 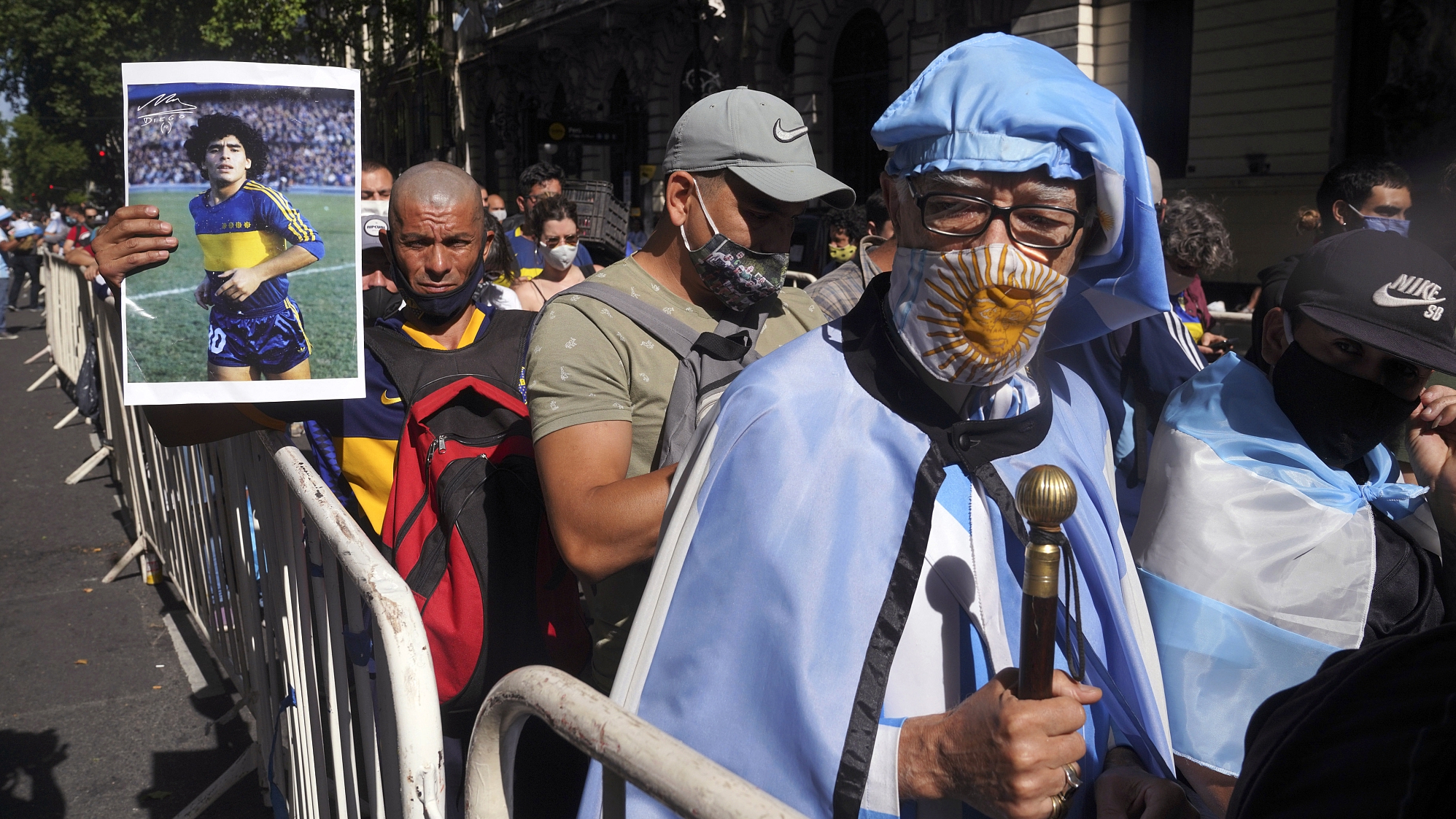 A day after tens of thousands of teary fans filed past Diego Maradona's body as the football legend lay in state at the presidential palace in Buenos Aires, Argentine prosecutors set in motion an investigation to look for answers in their national hero's sudden death.

According to Argentine news television channel TN, the prosecutor's office is still waiting for the results of toxicological tests on Maradona's body, and their probe starting on Friday has focused on whether medical negligence is involved in the tragic event.

Earlier, Maradona's lawyer Matias Morla had called for a probe into claims that ambulances took more than half an hour to reach the football star's house in response to an emergency call on the day of his death.

"There are already irregularities," a close family member of Maradona was quoted as saying by the Agence France-Presse. "You have to see if they did what they were supposed to do or if they relaxed."

"The nurse made a statement when the prosecutor appeared on the day of Diego's death, then expanded her statement and finally went on television to say that what she said was forced on her, so there is some contradiction in her statement," the close relative added. 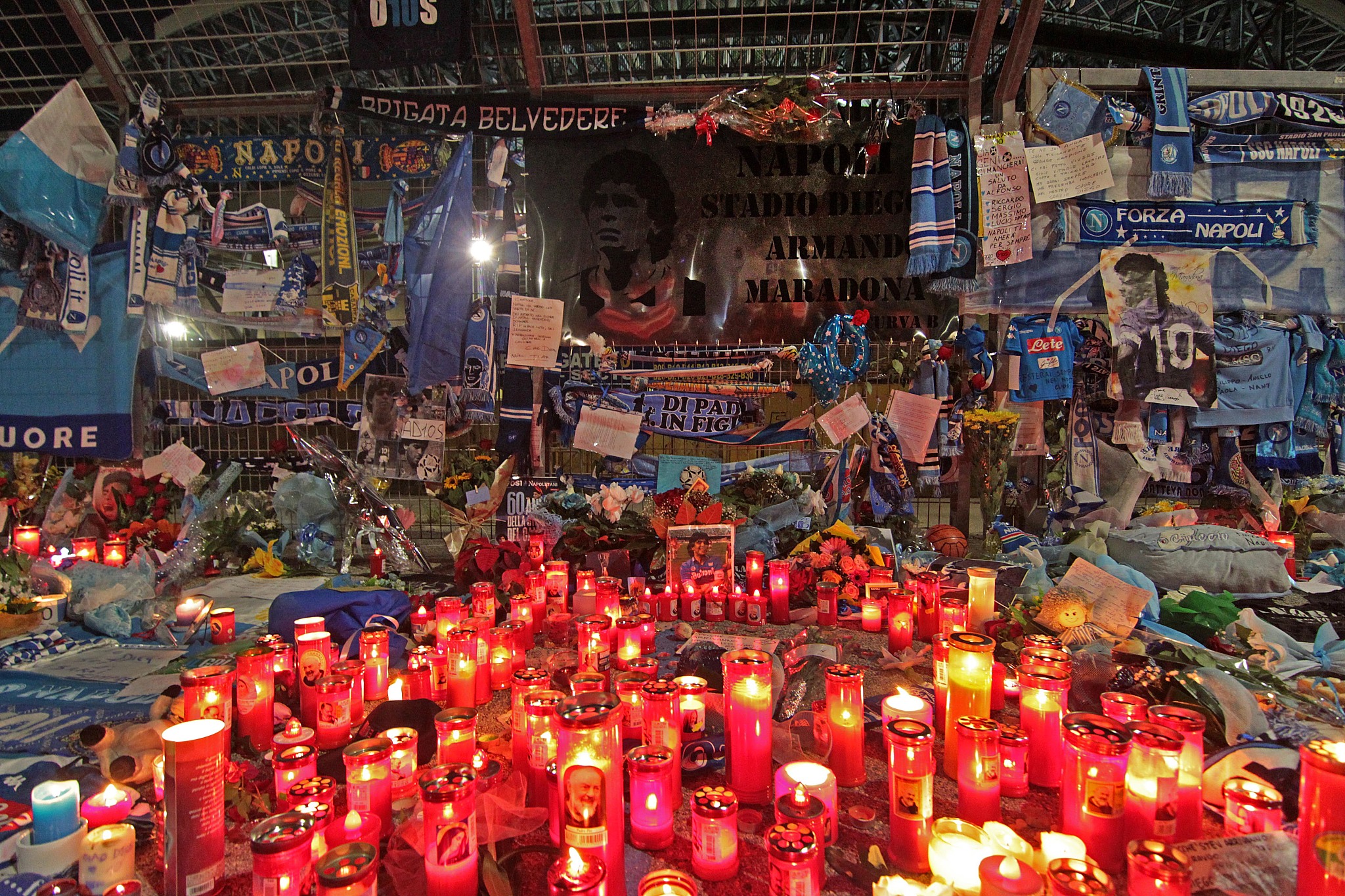 The nurse caring for Maradona was likely the last person to see the star alive, at dawn on Wednesday, prosecutors said in a statement on Friday.

"From his words, it could be established that he was the last person to see (Maradona) alive at approximately 6:30 in the morning," as the night shift at the star's house was ending, it said.

Meanwhile, Europe's major football league have revealed the details of their plans to pay their respects to Diego Maradona at games this weekend.

In Italy's Serie A, the message "Ciao Diego (Goodbye Diego)" will be projected onto the empty stands and the players will wear black armbands and in the 10th minute the image of Maradona, who wore the number 10, will be displayed on stadium video screens for 60 seconds.

In England's Premier League, players will also wear black armbands and will applaud for a minute for Maradona along with all attendees in the stadium.

In Spain's La Liga, Maradona's former team Barcelona formed a circle before training on Friday and observed a minute's silence with club captain Lionel Messi  bowing his head. There will be a minute's silence before La Liga games over the coming days and players will wear black armbands. 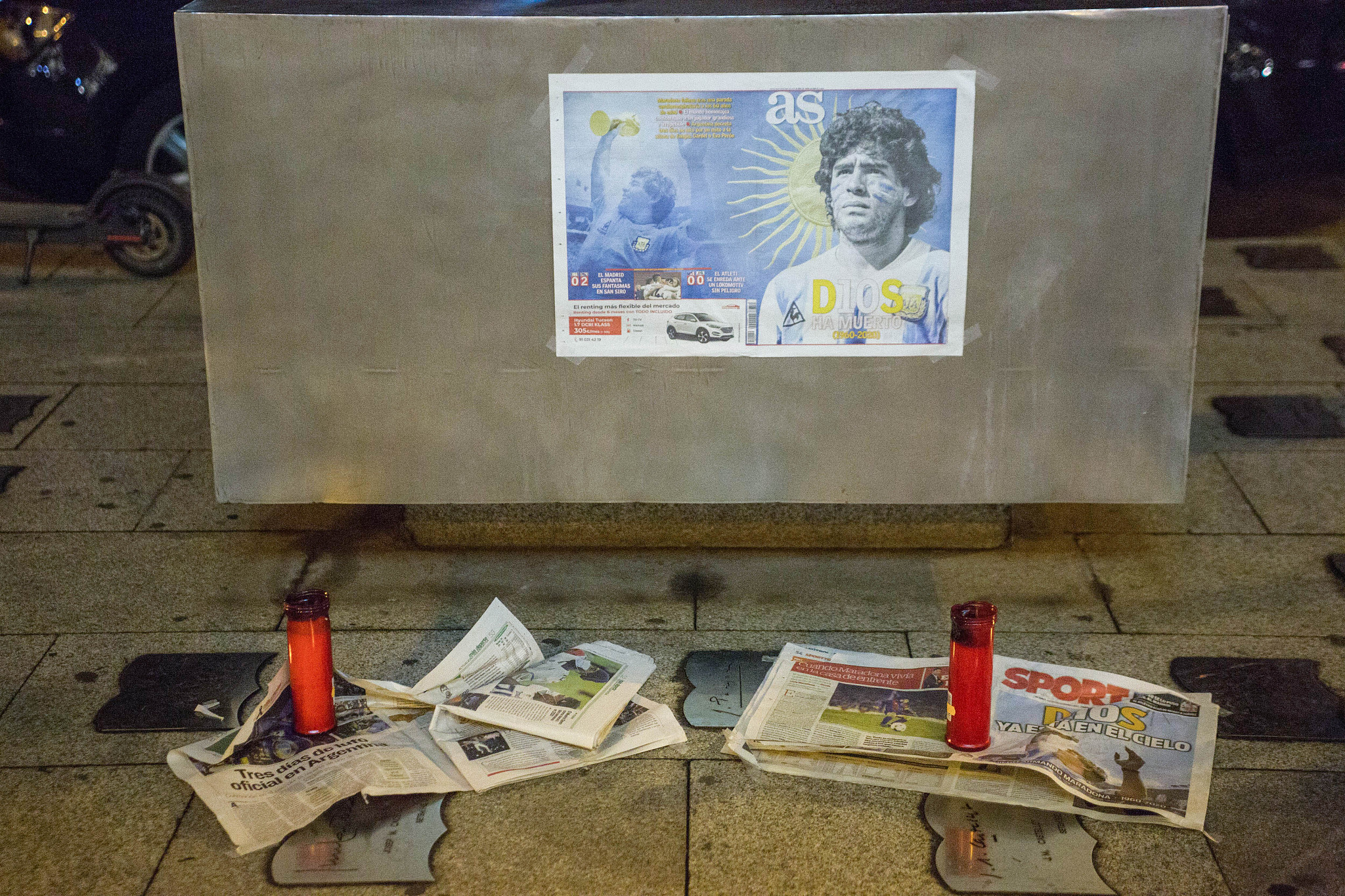 An altar with candles in memory of the deceased Diego Maradona in Barcelona, Spain, November 27, 2020. /CFP

An altar with candles in memory of the deceased Diego Maradona in Barcelona, Spain, November 27, 2020. /CFP

In German's Bundesliga, a minute's silence will be observed before games and players will wear black armbands. Maradona never played in the Bundesliga but he faced Germany in two World Cup finals, winning in 1986 and losing for years later.

The French Ligue 1 said players would form the letter "M" in the central circle for the minute of silence. The top two leagues in the Netherlands have also announced a minute's silence.

Meanwhile, the shirt worn by Maradona when he scored his famous Hand Of God goal against England at the 1986 World Cup in Mexico could be available for $2 million following his death.

The shirt is owned by former England player Steve Hodge, who got it from Maradona after the match in which his attempted back pass led to the controversial goal.

"I was walking down the tunnel and Maradona was coming in the opposite direction. I just tugged my shirt and we swapped there and then," Hodge was quoted as saying by Reuters. 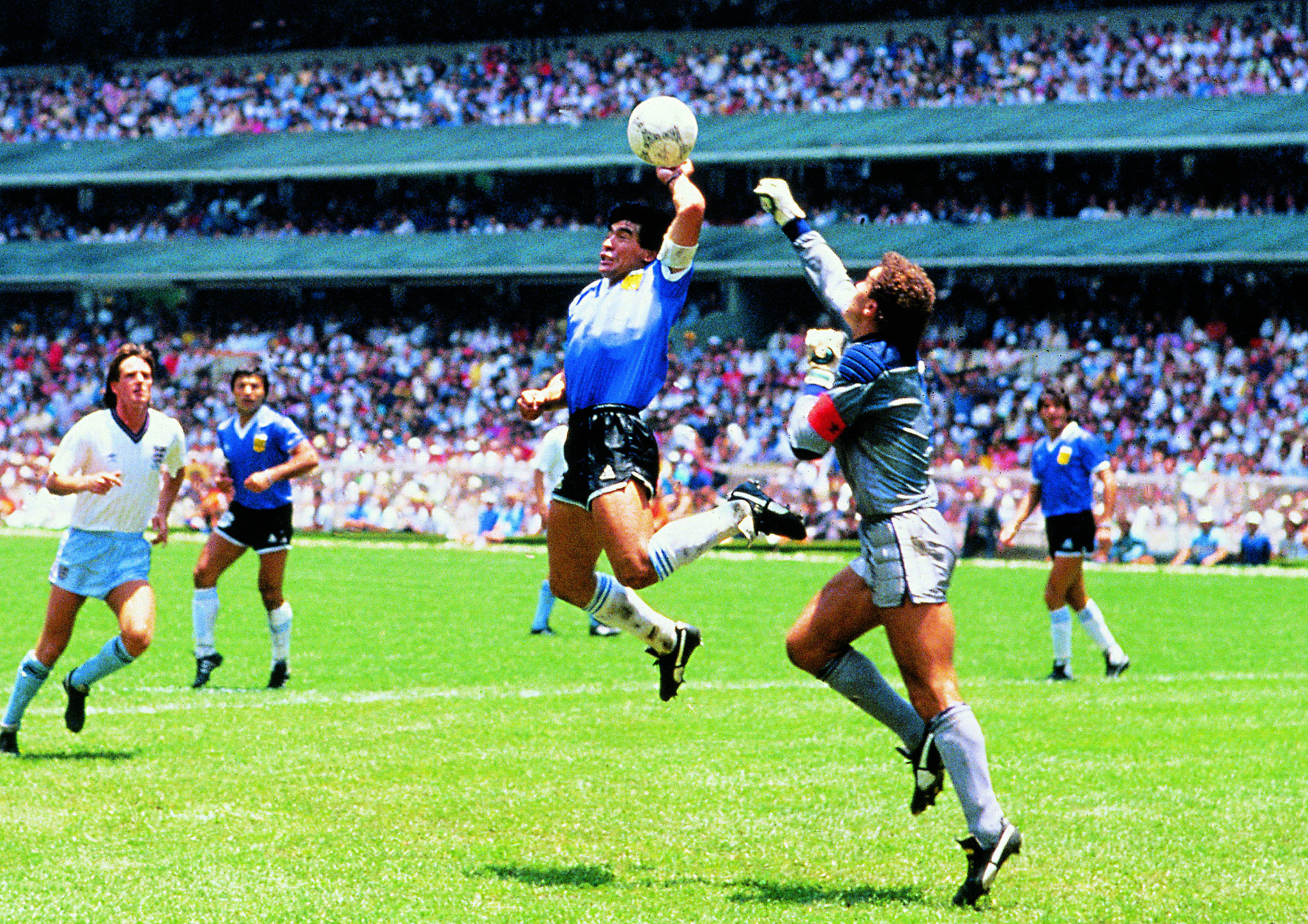 Diego Maradona scores the legendary "Hand of God" goal during the quarter-final match at the 1990 World Cup, Mexico, June 22, 1986. /CFP

Diego Maradona scores the legendary "Hand of God" goal during the quarter-final match at the 1990 World Cup, Mexico, June 22, 1986. /CFP

"It's very difficult to gauge (the value) with the Hand Of God jersey, but I know that the owner was looking for a $2 million private sale," added David Amerman of Goldin Auction in New Jersey during an interview with Reuters.

"It's very difficult to see how it would get to the $2 million price, but I don't see why an individual who had the money wouldn't want something like that - you can't really put a number on it. If you find the right person in the right place, it's a realistic possibility," Amerman explained.

"Maradona's rookie football card, we recently sold a copy for $10,000. This is a card that was worth maybe a few hundred dollars just a few years ago, and that was before his death. I saw one yesterday online that they were asking $20,000 for."