Can Young and Hawks copy the success of Doncic and Mavericks?
CGTN 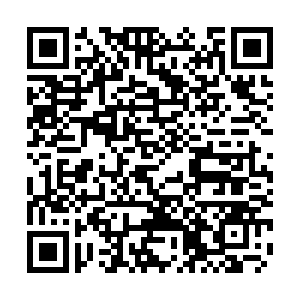 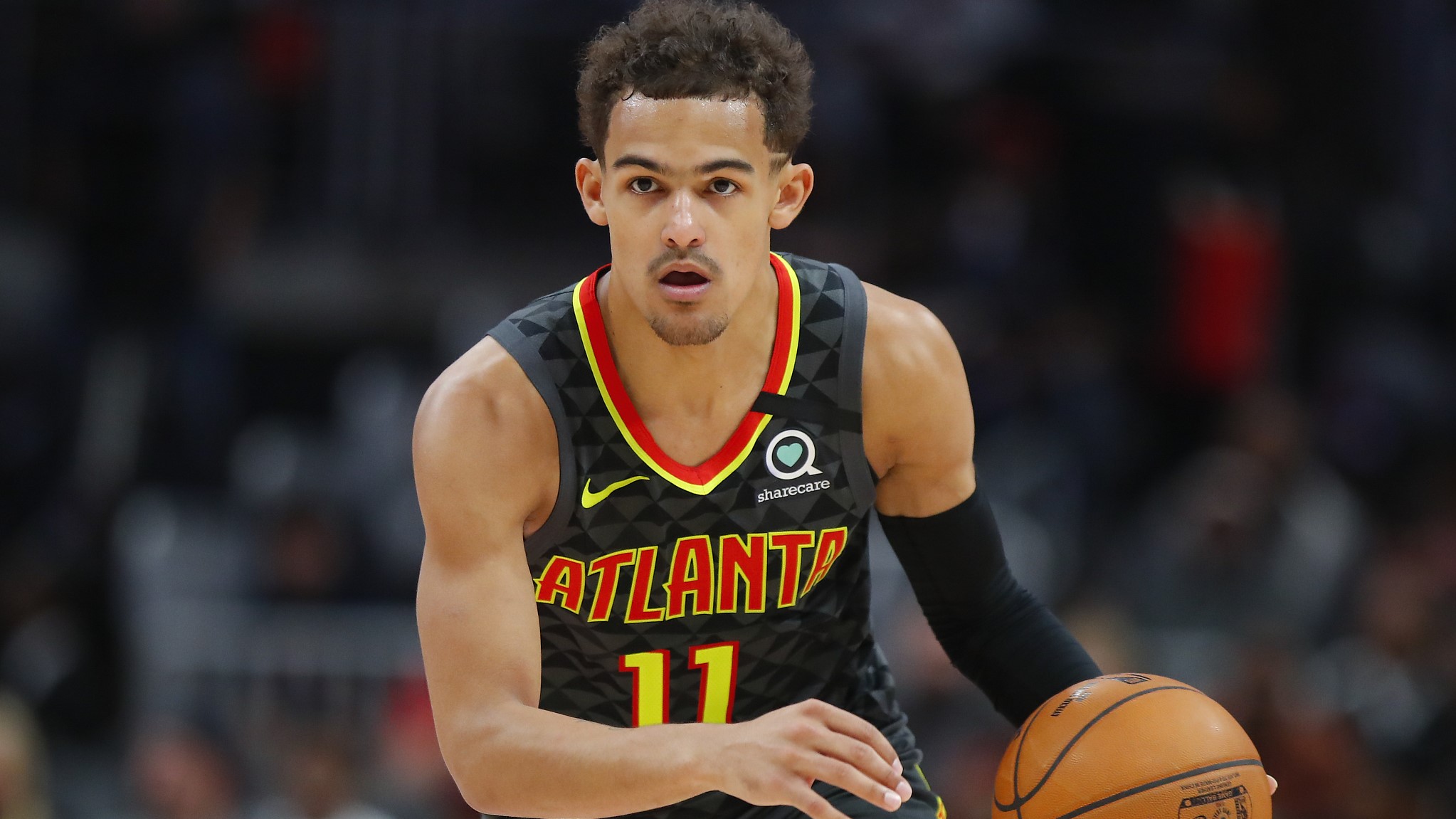 After these deals, Atlanta now can send quite a sharp offensive starting-lineup to the floor. They have Trae Young, one of the most modern playmakers in today's NBA who averages 29.6 points, 4.3 rebounds, 9.3 assists and 1.1 steals per game while burying 3.4 triples at 36.4 percent. 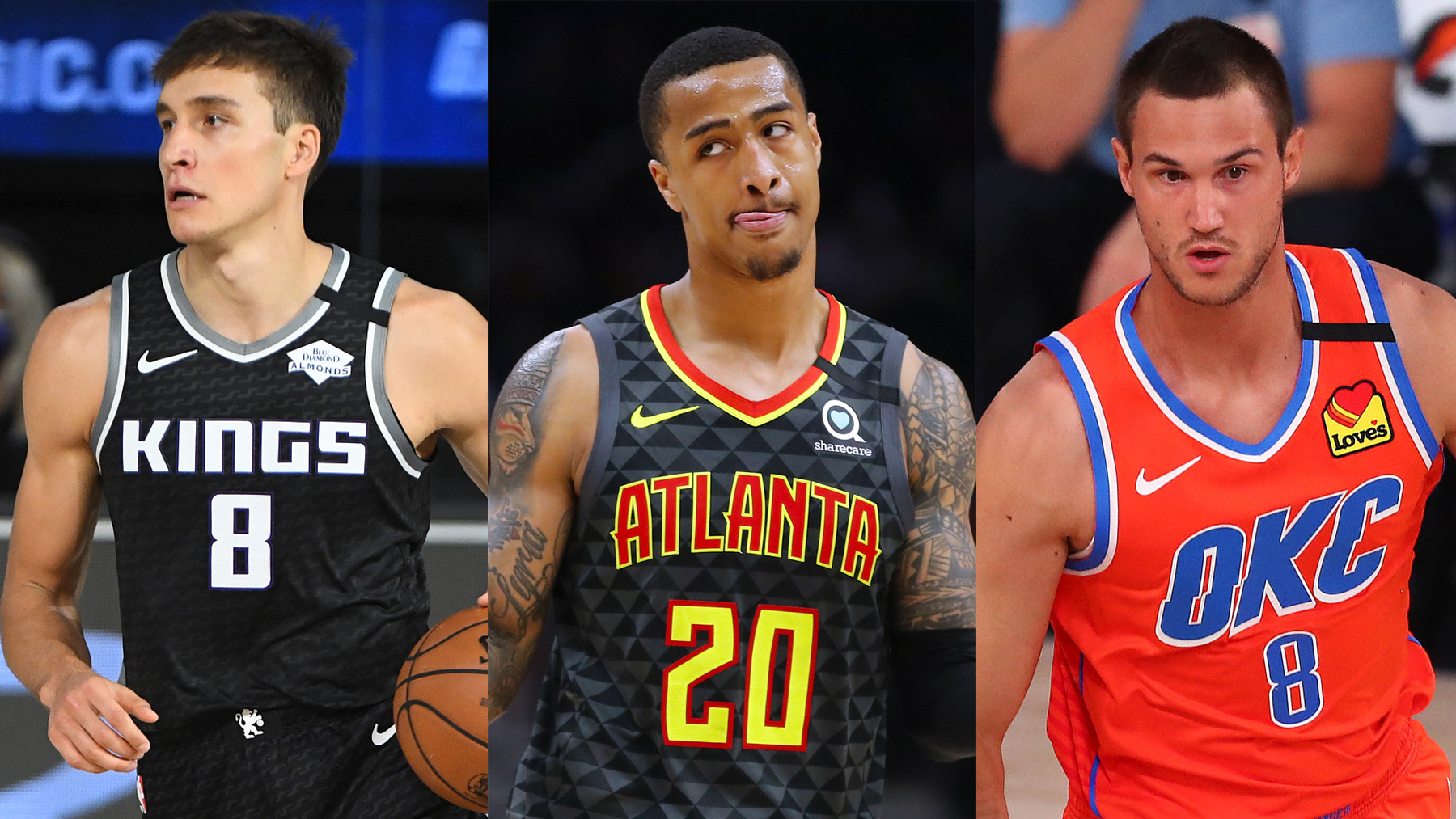 From L to R: Bogdan Bogdanovic of the Sacramento Kings, John Collins of the Atlanta Hawks and Danilo Gallinari will all play for the Hawks in the 2020-21 NBA season. /CFP

From L to R: Bogdan Bogdanovic of the Sacramento Kings, John Collins of the Atlanta Hawks and Danilo Gallinari will all play for the Hawks in the 2020-21 NBA season. /CFP

Bogdanovic, Gallinari, John Collins together sunk 7.1 threes per game on average last season and their 3-point rates were 37.2, 40.5 and 40.1 percent respectively. Meanwhile, Bogdanovic and Gallinari could also share the burden of orchestrating and clutch-time scoring with Young.

When Capela is on the court with the above four, he can maximize the power of his finishing ability in the almost deserted paint. With his size, quickness and teammates' passing ability, Capela could continue to drop 15+10 at a 60+percent field-goal rate like he did in the past three seasons.

Unfortunately, this may also be one of the worst defensive squads of all the teams competing for playoff qualification. Young has been a defensive weakness since the first day he arrived in the NBA. Neither has Bogdanovic been known as a reliable defender. As a result of injuries and aging, Gallinari is more comfortable in power forward position, if he remains healthy. Collins has good enough athleticism for All-Star Slam Contest, but currently that's the only thing he has to become a qualified big-man defender. As for Capela, his years in the Houston Rockets already proved that he's not built for playoff-level defense. 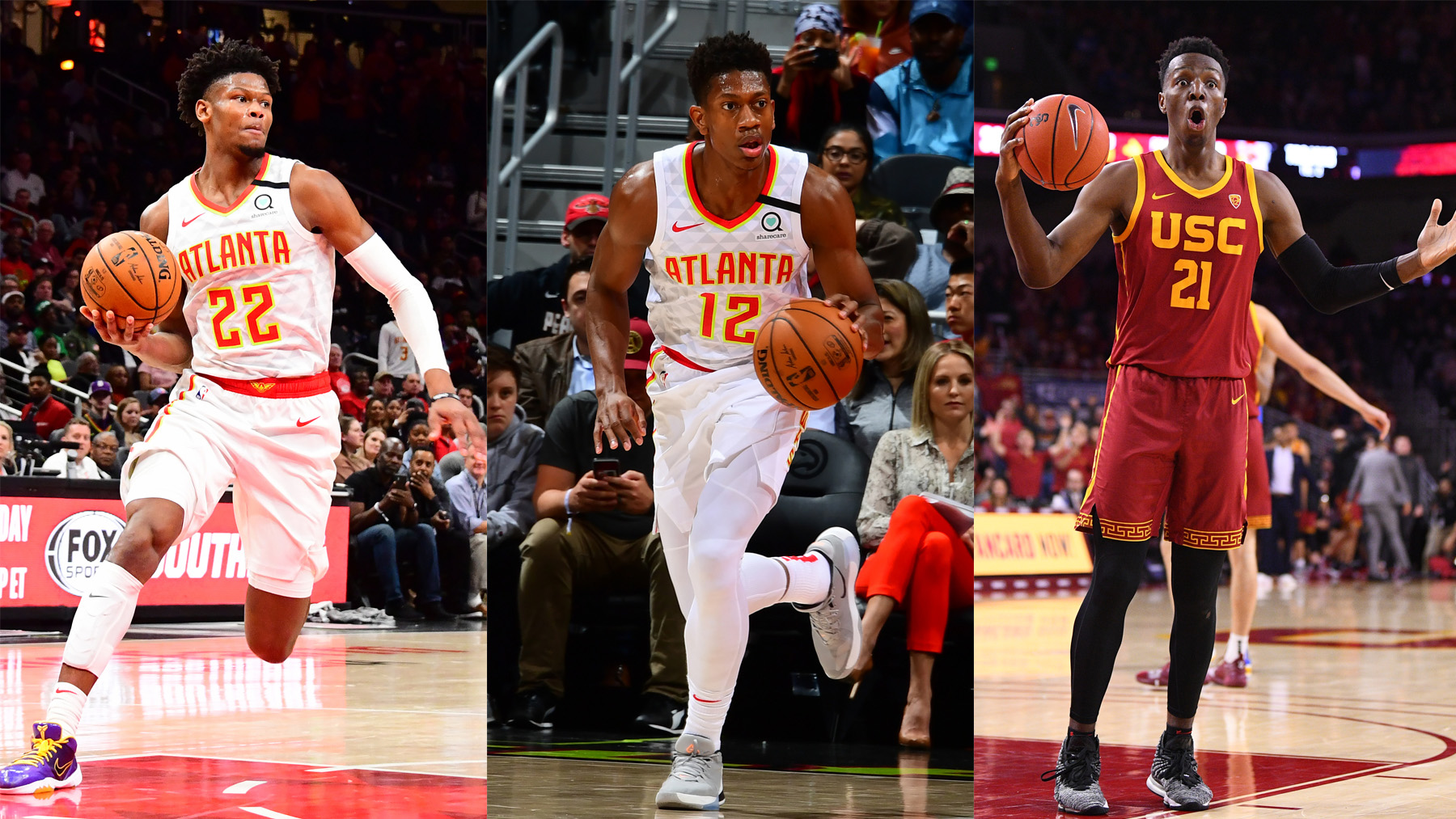 From L to R: Cam Reddish, DeAndre Hunter of the Atlanta Hawks and Onyeka Okongwu of University of Southern California will all play for the Hawks in the 2020-21 NBA season. /CFP

From L to R: Cam Reddish, DeAndre Hunter of the Atlanta Hawks and Onyeka Okongwu of University of Southern California will all play for the Hawks in the 2020-21 NBA season. /CFP

By contrast, Atlanta's bench unit seems to have what it takes to make elite defenders. Dunn can be trusted taking on most of the guards in the league; Cam Reddish, DeAndre Hunter and this year's Onyeka Okongwu are all top 10 selections in the draft and every of them is capable of switching among 2 to 4, even 5. Specially 19-year-old Okongwu can follow small perimeter players and tussle with big man under the rim. He is expected to become another Bam Adebayo.

Nonetheless, these young men share one problem in common: lack of individual offense. Reddish only began to find the target in the 10 games after the All Star Weekend last season. Before that, his miserable field goal rates within and behind the 3-point line made you wonder if he practiced shooting at all. Hunter is a typical 3D player but burying 1.7 triples at 35.5 percent is hardly qualified. As for Okongwu, he can worry about how not to get fouled out before thinking anything about offense. 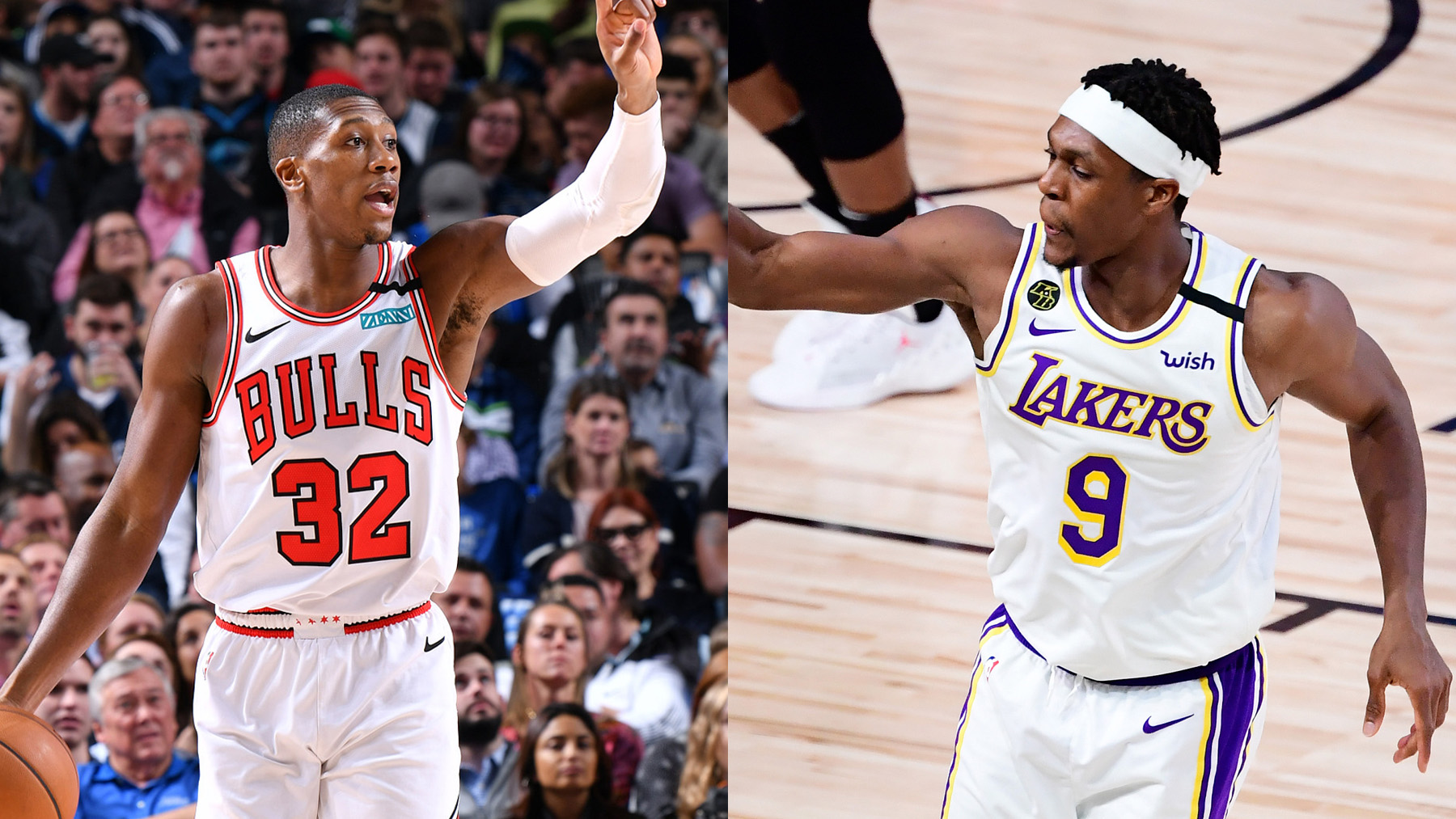 Kris Dunn #32 of the Chciago Bulls and Rajon Rondo of the Los Angeles Lakers will both play for the Atlanta Hawks in the 2020-21 NBA season. /CFP

Kris Dunn #32 of the Chciago Bulls and Rajon Rondo of the Los Angeles Lakers will both play for the Atlanta Hawks in the 2020-21 NBA season. /CFP

The good news is, Atlanta have Rondo to lead the bench squad. Though he is already 34 years old, Rondo is till a passing master, especially in early offense. Before Reddish, Hunter and Okongwu figure out how to make plays by themselves, they can at least rely on the guiding of a two-time NBA champion guard to lead them to the rim. Besides, the team also have Kevin Huerter who averaged 3.8 assists and 2.3 triples at 38.0 percent to assist the unit.

Time is on Atlanta's side considering that the majority of their roster is still young - some are even on their rookie deals. If any of Hunter, Reddish, Okongwu or Collins finds his role on the floor, he will either become a bigger help to the team or be traded for someone who can. In this way, Atlanta can wait. 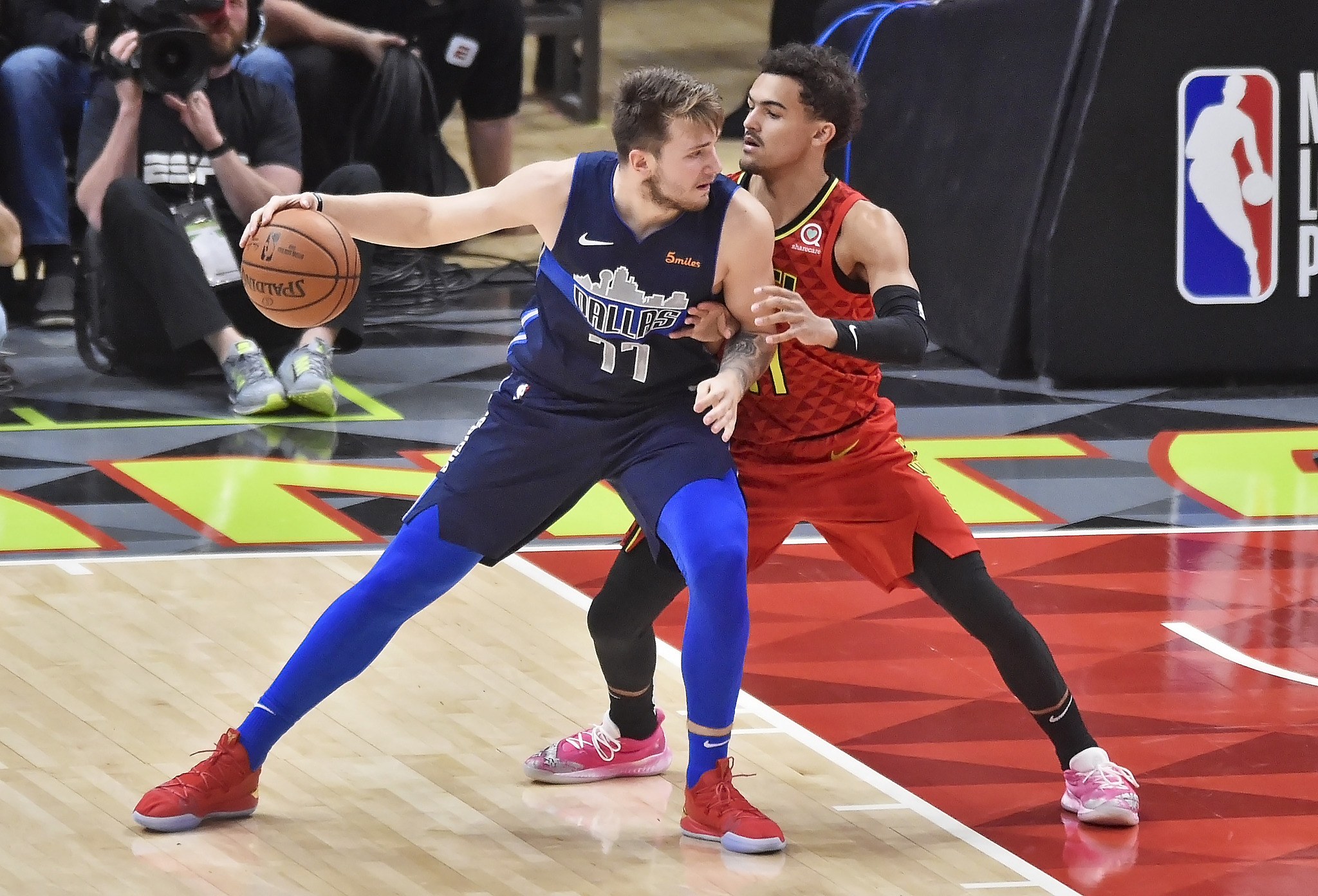 But can Young wait?

To be fair, when a 22-year-old kid makes his All Star debut in his second season, he has every reason to be proud of himself, not to mention that he has already put down numbers of Young's.

However, since the day Young and Luka Doncic were traded for each other on the night of the NBA Draft in 2018, the comparison between them became inevitable. So far, Doncic has been considered the better one in every competition. He beat Young to win the Rookie of the Year Award; he is the better isolation performance; while Young and Atlanta lost 47 of their 67 games, Doncic and the Dallas Mavericks drove Kawhi Leonard, Paul George and the Los Angeles Clippers to the edge of elimination, not to mention that Doncic left his highlight in the playoffs by beating the buzzer in Game 4.

Sure, Doncic is luckier than Young thanks to his bigger size and better teammates. Nonetheless, in many years, people will only remember that Doncic and the Mavericks won more after Atlanta traded him for Young.

If Young does not wants that to be the future, he has a lot to work on.