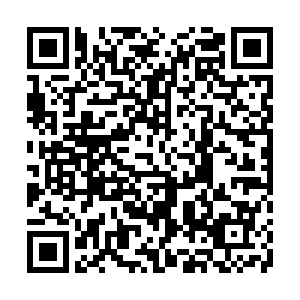 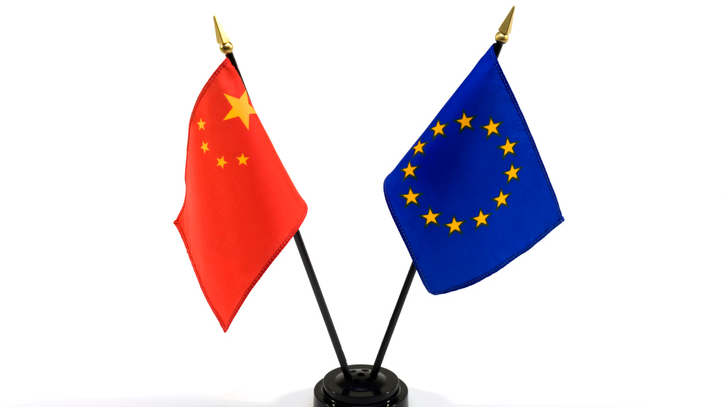 Since 1975 when China and the European Union (EU) established diplomatic ties, China has followed consistent and constructive policies towards the EU, such as perceiving it as a strategic partner and a diplomatic priority.

This line was reiterated by Chinese President Xi Jinping on November 25 in a telephone conversation with German Chancellor Angela Merkel, who now holds the EU's rotating presidency.

In terms of the cooperation between China and the EU, Xi spoke highly of its strategic importance under the current complicated international situation.

China has unswervingly advocated the EU's strategic autonomy as one polar of the world. As a result, the two sides have worked steadily to facilitate the process of multi-polarization and called for a world order ruled by the principles of international law and the authority of the United Nations.

Moreover, China has evolved to be the biggest exporter to this 27-member bloc and its second-largest export market next to the United States.

Now it is high time for China and the EU to cope with global challenges along with other countries, in particular in the fight against the COVID-19 pandemic and the reconstruction of the post-crises world order. 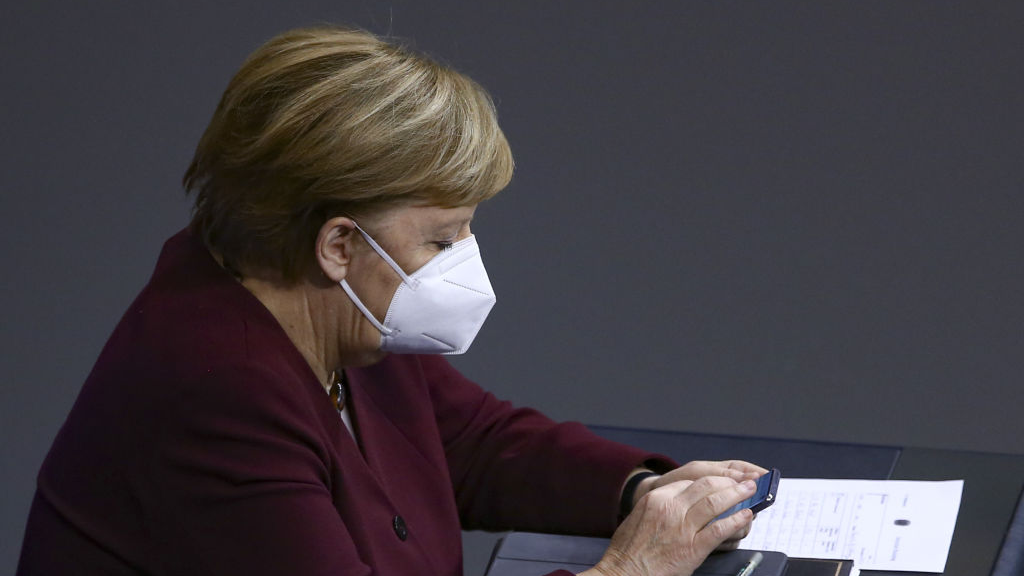 German Chancellor Angela Merkel wearing a face mask is seen during a session on measures to curb the spread of the COVID-19 at the Bundestag (German federal parliament) in Berlin, Germany, November 26, 2020. /Getty

German Chancellor Angela Merkel wearing a face mask is seen during a session on measures to curb the spread of the COVID-19 at the Bundestag (German federal parliament) in Berlin, Germany, November 26, 2020. /Getty

First, since a worrying resurgence in COVID-19 cases in Europe has posed fresh challenges, there is fear of a double-dip recession that might undo a quick return to normal EU working as expected.

Yet, China vows to be ready to work with the EU, particularly with Germany and France, on vaccine coordination to make sure there is equitable and efficient vaccine distribution worldwide, including the developing countries and the EU.

Although infection rates across the continent continue to grow at a greater rate than ever, there is still the probability that China and the EU come to forge a landmark in a joint fight against the pandemic now and beyond. As a matter of fact, China and the EU (or with some particular EU member states) have maintained multi-level cooperation during the pandemic time.

Second, there is much to gain for both sides in strengthening economic ties now and after. As European Commission (EC) has long noted, the Chinese market has a high-growth potential for European products, e.g., more and more Chinese consumers like to purchase European goods–something Beijing has committed to by opening up its market to European competitors.

In light of this, the long-awaited China-EU bilateral investment treaty (BIT), for which talks have been ongoing for seven years, will conclude within 2020.

With the BIT completed as planned, China and the EU would be able to strengthen cooperation in vaccine distribution, investment, climate change, and environmental protection.

For sure, disagreements still exist between the two sides, such as the EU's calling on China to reduce support for state-owned enterprises, while China is concerned with whether the two sides benefit equally, given the economic differences between developed and developing stages on each side.

Because the talks are now at a critical moment, people expect the EU to work with China pragmatically and constructively so that the end could come out more quickly. In fact, China and the EU have made breakthroughs on key issues such as market access and sustainable development chapters.

Third, the European Union is seen as a "civilizational polity," as Peter Katzenstein, a professor of International Studies at Cornell University, earlier said, but it has made a successful transition from a "would-be to an actual global polity."

China welcomes a powerful and prosperous Europe since it has endorsed the European integration process and committed to developing ties with EU institutions, member states and other European countries in a constructive, consistent and fruitful manner.

In 2013, the two sides formulated the China-EU 2020 Strategic Agenda for Cooperation to expand practical cooperation in various areas and engage in third party cooperation (Africa). To that end, China and the EU have upheld multilateralism and opposed unilateral dominance, including any man-made "decoupling."

This consensus means the new world order should involve issues such as climate change, digital security code, and investment in the post-COVID era rather than the "Cold War" mentality.

In sum, although China and the EU have differences in culture, social systems and development stages, they have no fundamental strategic conflicts but share much more consensus. This is the key to building cooperation for peace, growth, reform, and civilization.