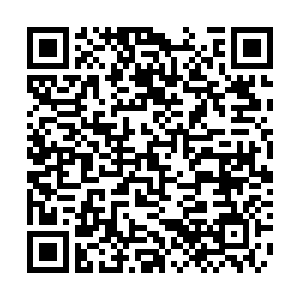 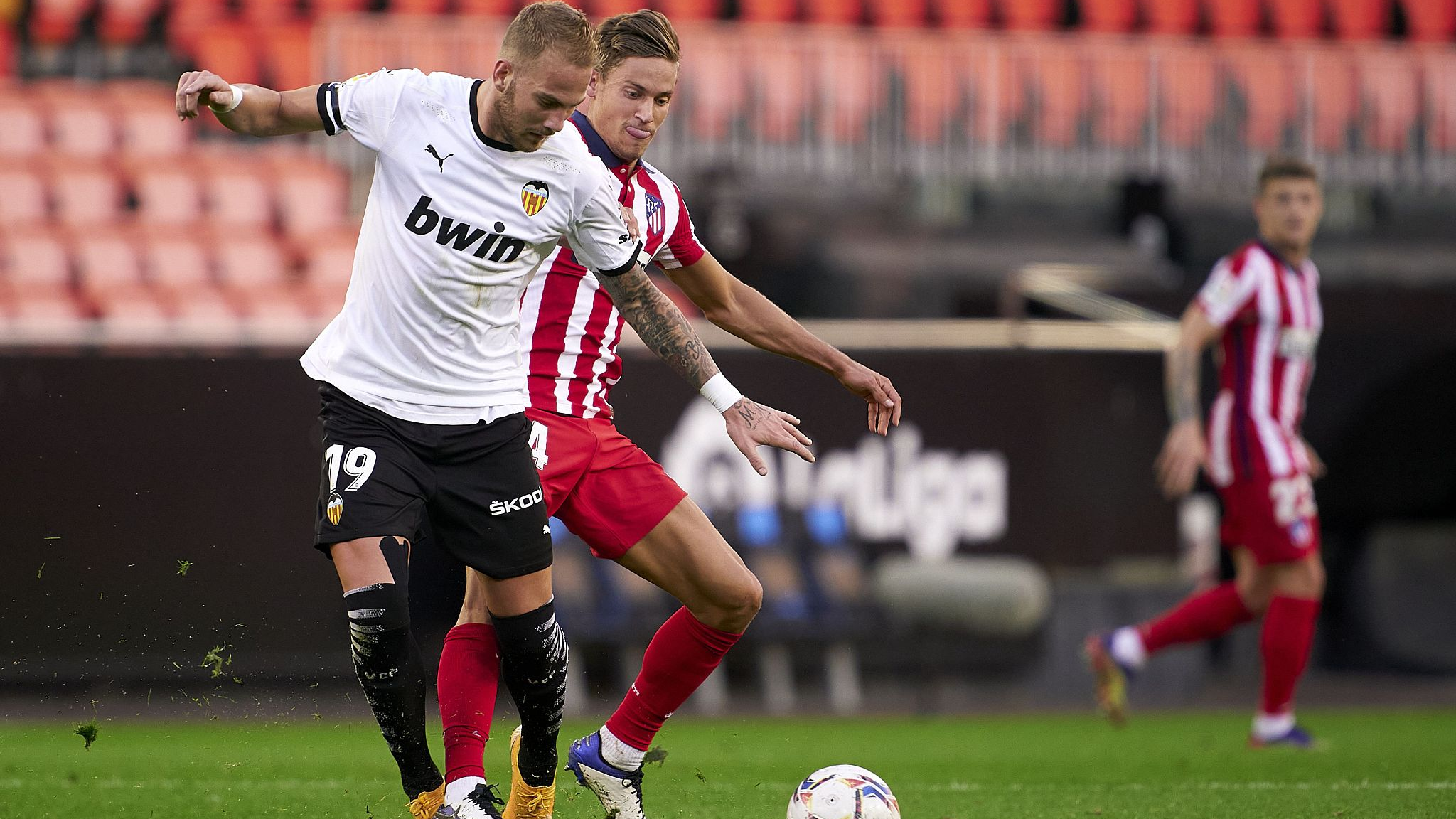 Real Madrid slumped to a 2-1 loss at home to Alaves in La Liga on Saturday as city rivals Atletico moved level with leaders Real Sociedad after extending their winning run to six matches.

Casemiro gave Real a lifeline on 86 minutes but Alaves held on for a victory that lifted them up to ninth. Madrid remain in fourth place and six points behind Real Sociedad and Diego Simeone's Atletico.

After a minute's silence in honor of Diego Maradona, in keeping with the poignant tributes around Spain this weekend following the death of the Argentine legend, Real soon fell behind when Nacho handled at a corner. 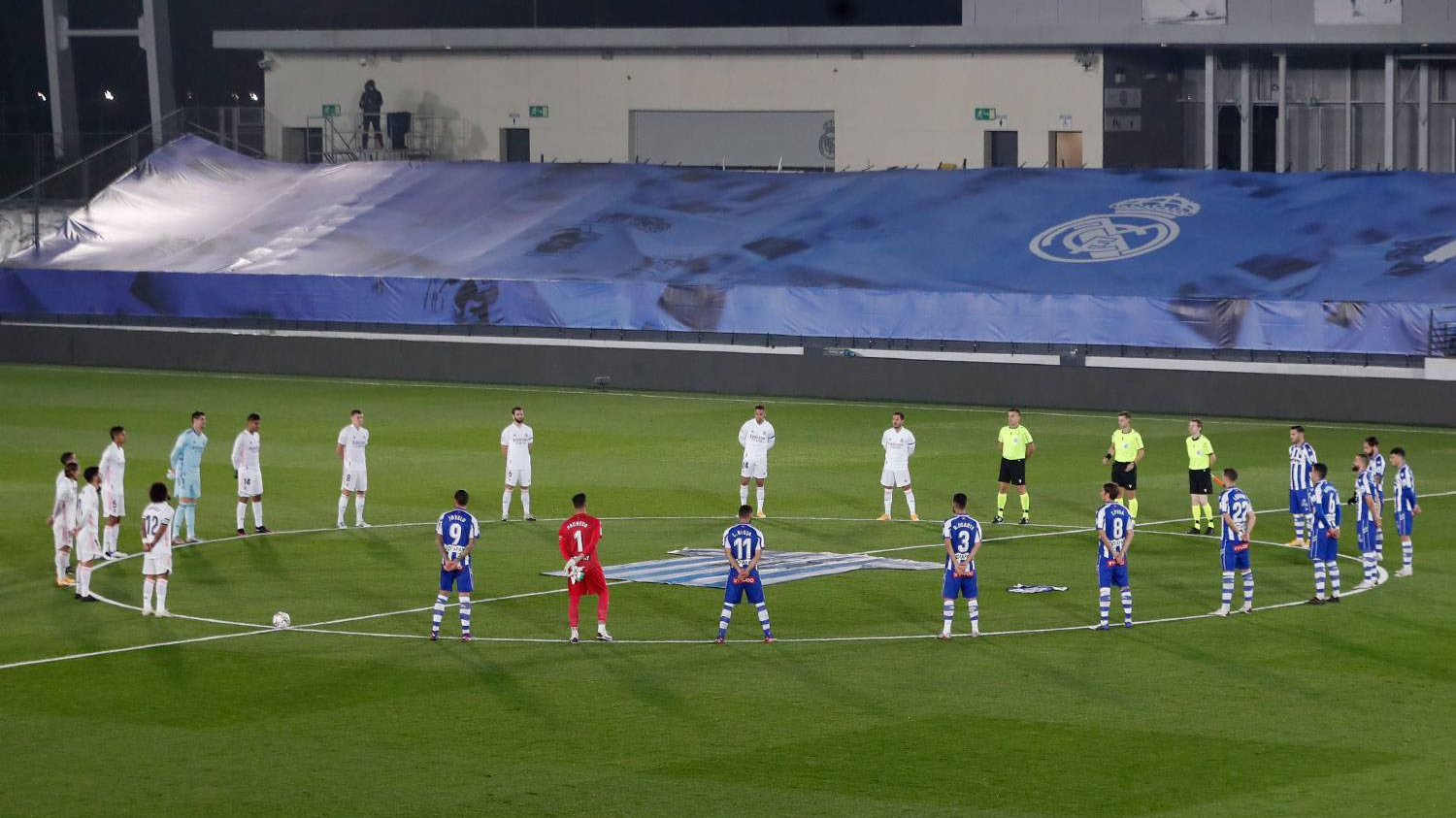 Perez powered the spot-kick beyond Courtois to give Alaves the lead, and the forward should have struck a second when he was played clean through, his attempted chip superbly swatted aside by the Real keeper.

Madrid's night went from bad to worse when Eden Hazard was forced off on 28 minutes after taking a knock, the latest in a long list of injury setbacks for the Belgium star.

While a terrific double save by Fernando Pacheco denied Toni Kroos, a howler from Courtois presented Joselu with the second goal on 49 minutes when a wayward pass went straight to the forward who steered home from 30 yards.

Mariano Diaz's header was cleared off the line before Casemiro tapped in from close range after Pacheco kept out Vinicius Junior's effort, but Alaves clung on as Isco clipped the bar with the final kick. 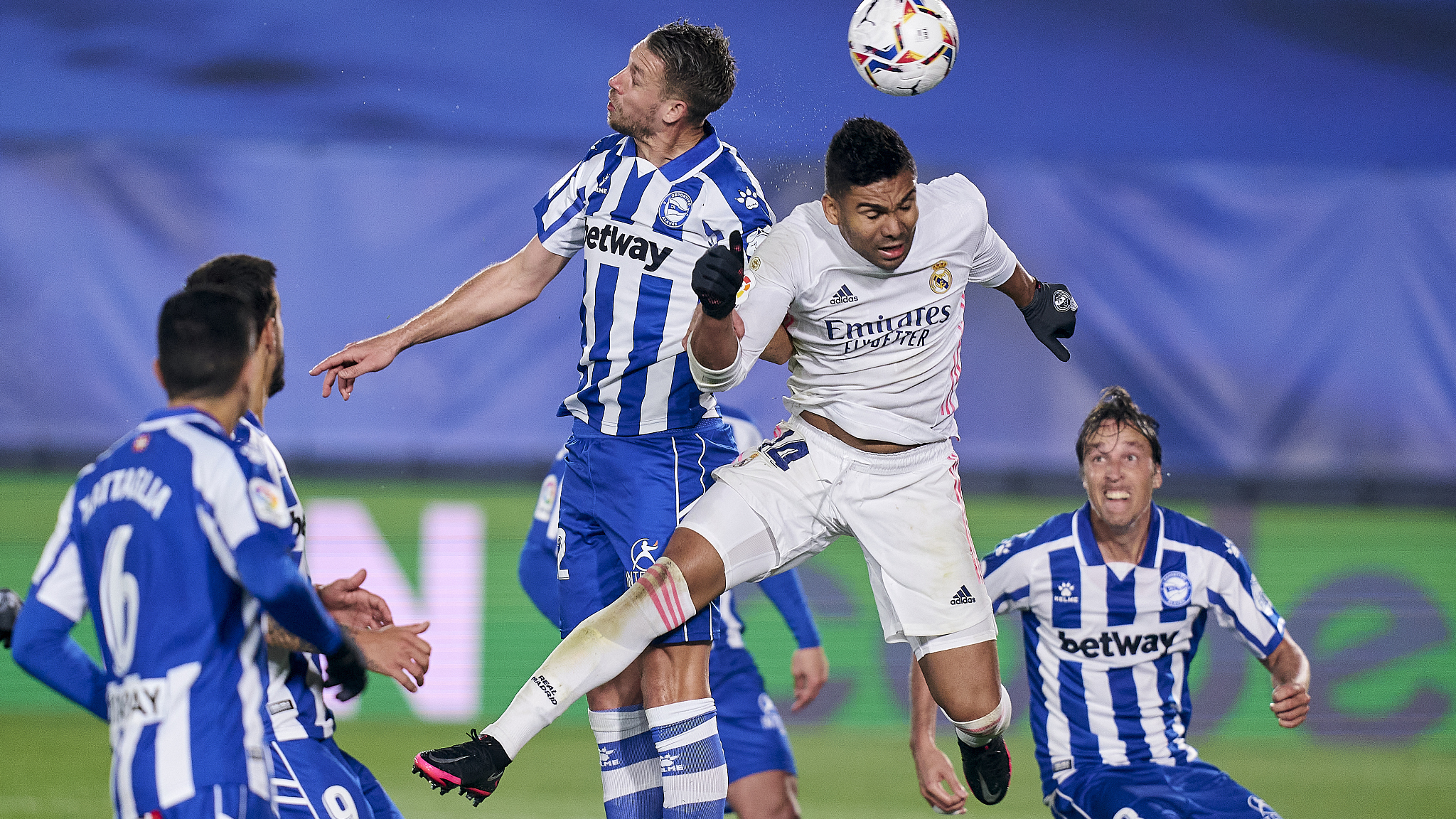 Casemiro of Real Madrid battle for the ball with Florian Lejeune of Alaves during the La Liga match at Estadio Santiago Bernabeu in Madrid, Spain, November 28, 2020. /CFP

Casemiro of Real Madrid battle for the ball with Florian Lejeune of Alaves during the La Liga match at Estadio Santiago Bernabeu in Madrid, Spain, November 28, 2020. /CFP

Earlier in the day, Atletico edged a tight contest at Valencia 1-0 that stretched their unbeaten league run to 25 matches.

They stay second but are equal on 23 points with Sociedad with a game in hand thanks to Toni Lato's own goal 11 minutes from time.

Stingy Atletico have conceded just twice in their nine league matches so far this season and have only scored two less than La Liga top scorers Sociedad, who host third-placed Villarreal on Sunday.

"We have made huge progress since April, since that wonderful match at Liverpool," said Simeone, referring to the Champions League last 16 tie his team won 4-2 on aggregate.

"The return to La Liga (after the first lockdown) was very good and the team was already starting to show encouraging signs. This is the result of the progression of all of the players."

Simeone offered a round of applause to his former teammate and friend Maradona while teams held a minute's silence before kick-off.

Fellow traditional title rivals Barcelona are 12 points back in 14th place, although they host Osasuna in Sunday's early match and will still have two games in hand on Sociedad come the end of the weekend.

(Cover image: Uros Racic of Valencia competes for the ball with Marcos Llorente of Atletico de Madrid during the La Liga match at Estadio Mestalla in Valencia, Spain, November 28, 2020. /CFP)