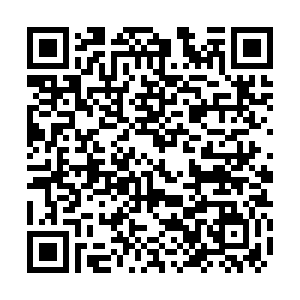 Chinese Premier Li Keqiang attends the 19th Meeting of the Council of Heads of Government of Member States of the Shanghai Cooperation Organization (SCO) via video link on November 30 and hosts the 25th regular meeting between Chinese and Russian heads of government with Russian Prime Minister Mikhail Mishustin on December 2. Foreign ministers from the Association of Southeast Asian Nations (ASEAN) and the EU hold video conference on December 1. The United Nations General Assembly (UNGA) hosts a special session on COVID-19 from December 3 to 4 and China celebrates National Constitution Day on December 4.

Chinese Premier Li Keqiang will attend the 19th Meeting of the Council of Heads of Government of Member States of the SCO via video link on November 30 and will hold the 25th regular meeting between Chinese and Russian heads of government with Russian Prime Minister Mikhail Mishustin on December 2.

The SCO summit held virtually earlier this month and the upcoming meeting, with India as the host country, will further focus on deepening SCO cooperation to rally broader consensus on cooperation.

According to Chinese Foreign Ministry, Premier Li will work out more practical measures to better synergize the Belt and Road Initiative with the development strategies of SCO member countries and regional cooperation initiatives, in order to boost economic recovery and improve people's livelihoods in member states.

The regular meetings between the Chinese premier and Russian prime minister are an important platform for overall planning and promotion of pragmatic cooperation and cultural exchanges between the two sides.

The upcoming 25th regular meeting is of great significance for the two sides to coordinate the promotion of pandemic prevention, control and cooperation in various fields, and to contribute wisdom and strength to global efforts to fight the pandemic and restore economic growth, stated the Chinese Foreign Ministry recently.

In the first 10 months of this year, China-Russia bilateral trade reached $88 billion, with gradually narrowing drop in volume. Trade in the fields of agriculture, energy, and cross-border e-commerce actually increased.

The UNGA will hold a special session from December 3 to 4 in a bid to galvanize international cooperation to deal with the COVID-19 pandemic.

The special session, at the level of heads of state and government, will consist of an opening segment, a general debate and a closing segment.

The general debate will be held on the first day of the special session and include statements by member and observer states and the European Union and, time permitting, a limited number of representatives from relevant organizations attending the special session.

World leaders will be able to submit five-minute pre-recorded statements, which will be broadcast in the General Assembly Hall. Seven minutes will be given to speakers on behalf of a group of states.

The number of confirmed COVID-19 cases has surpassed 61.5 million globally, with over 1.44 million deaths, according to the latest tally from Johns Hopkins University.

Wednesday: Chinese Premier Li Keqiang holds the 25th regular meeting between Chinese and Russian heads of government with Russian Prime Minister Mikhail Mishustin via videoconference; European Commission Vice President Vera Jourova presents the European democracy action plan, a new strategy for the implementation of the Charter of Fundamental Rights and a communication on the digitalization of the justice systems.