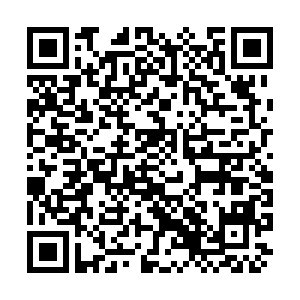 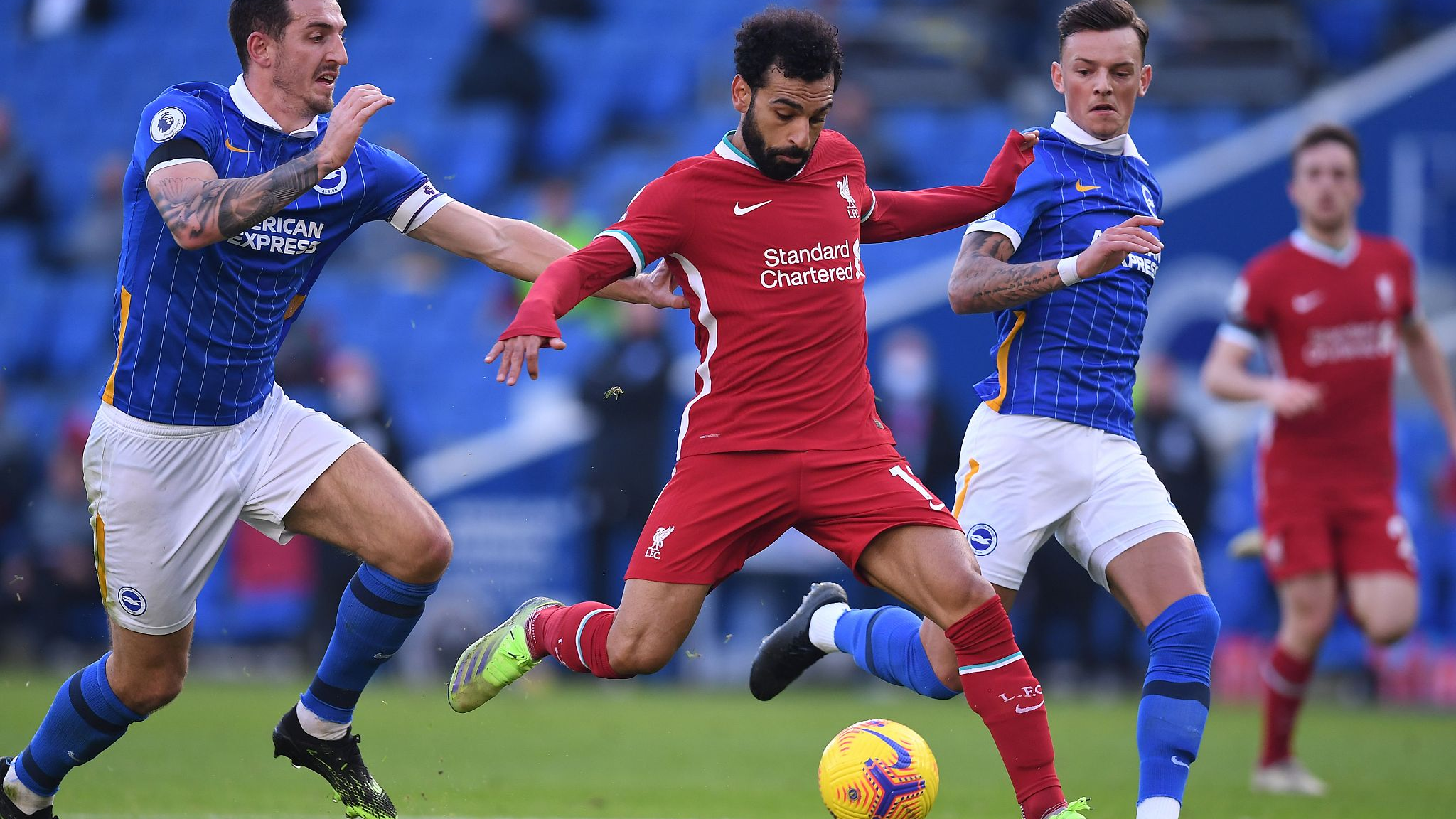 Liverpool were held to a 1-1 draw at Brighton after conceding a VAR-inspired stoppage-time penalty while Riyad Mahrez scored a hat-trick in Manchester City's 5-0 crushing of Burnley in the Premier League on Saturday.

Liverpool moved top of the table, for a day at least, opening up a one-point lead over Tottenham who are at Chelsea on Sunday.

But Juergen Klopp's team, beaten by Atalanta in the Champions League on Wednesday, were left raging against VAR after they had two goals ruled out by reviews and saw two points slip away from them when referee Stuart Attwell awarded a penalty near the end after going to the pitchside monitor.

Liverpool had taken the lead through a well-taken strike from the in-form Diogo Jota, the Portuguese forward's ninth goal in all competitions since joining the champions from Wolverhampton Wanderers.

Mohamed Salah had a goal chalked off for offside by VAR in the first half and substitute Sadio Mane had a fine header disallowed after a review spotted he had been offside.

While Klopp accepted the VAR decisions — choosing instead to vent his frustration on the television broadcasters' decision to make his team play in the early Saturday game - skipper Jordan Henderson said he would like to see the technology removed from the game.

"I don't want to speak for anybody else but in my opinion I would (scrap VAR)," Henderson said. "I just want to play football as normal." 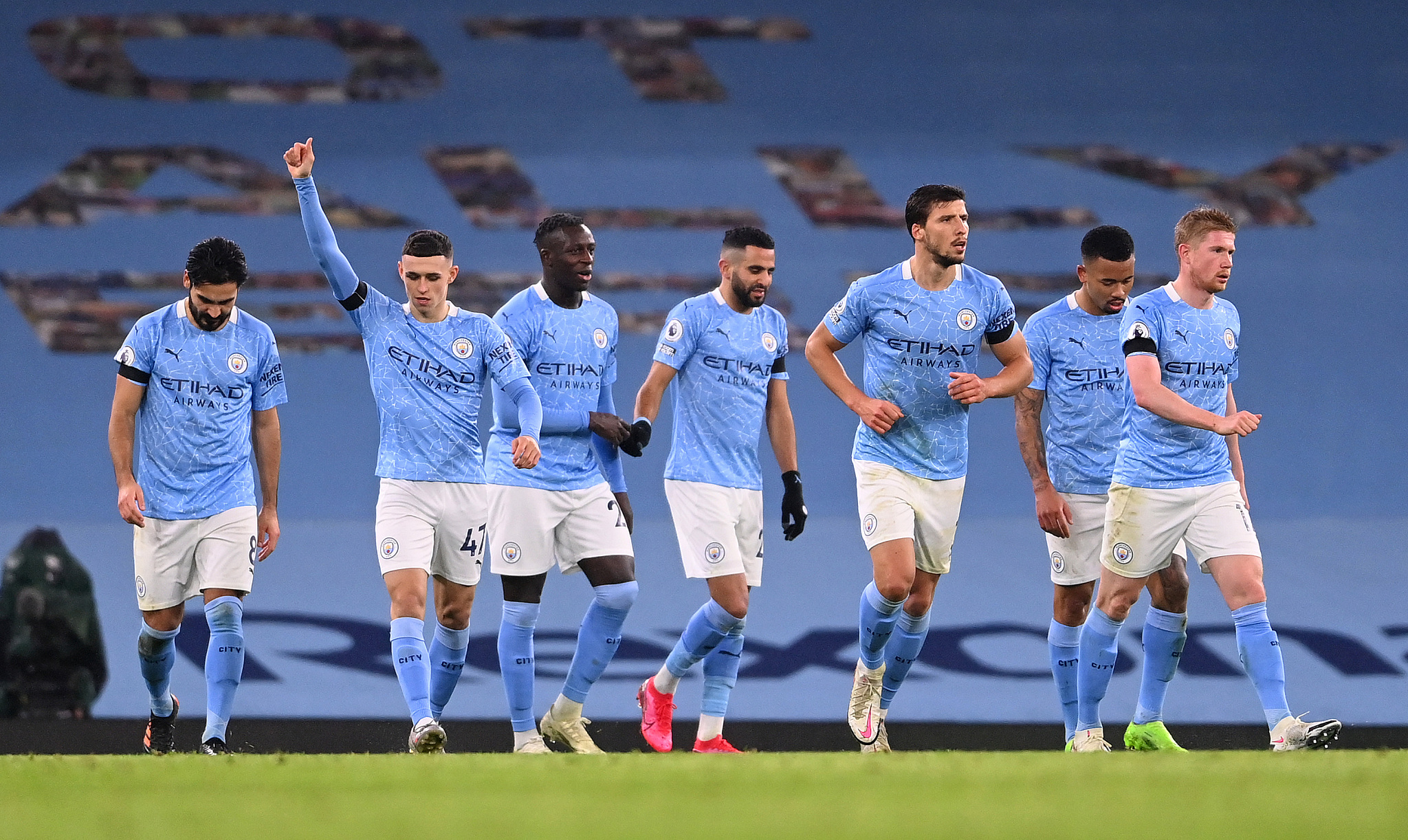 Manchester City also had a goal ruled out by VAR but will have barely cared given they had already taken a 5-0 lead by the time Gabriel Jesus's effort was overturned.

It was the fourth straight 5-0 win for City against Burnley at the Etihad and Sean Dyche's side were fortunate to leave with that scoreline.

Slack defending from the Clarets allowed Mahrez to score twice early in the game — both times with his trademark move in from the flank followed by a left-foot shot into the far corner.

Benjamin Mendy headed in the third goal before the break and Ferran Torres added the fourth before Mahrez completed his hat-trick with a rare header.

City had managed just 10 goals in eight games before Saturday's rout and manager Pep Guardiola was relieved to see his side once again potent in the final third.

"We have to score, that's why they are here and play up front. The most important thing now is we have almost 21 players fit," he said. 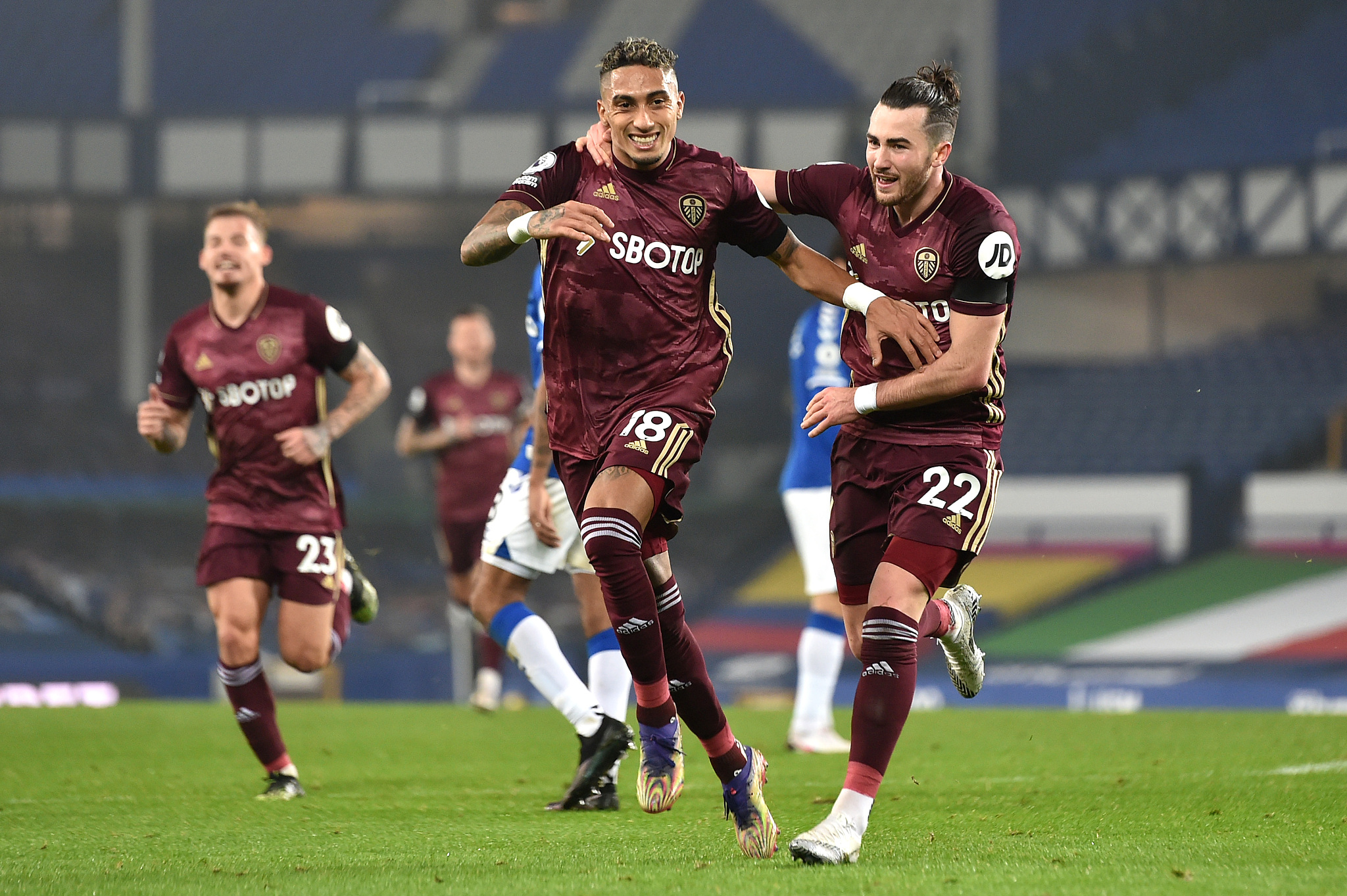 Players of Leeds United celebrate after their team's first goal during the Premier League match against Everton in Liverpool, UK, November 28, 2020. /CFP

Players of Leeds United celebrate after their team's first goal during the Premier League match against Everton in Liverpool, UK, November 28, 2020. /CFP

Everton's James Rodriguez and Richarlison had the ball in the net in the first half but both efforts were ruled out for offside, and Leeds striker Patrick Bamford suffered a similar fate when he thought he had scored in the 65th minute.

Raphinha, signed from Rennes in October, appeared to be looking for a pass but he checked back, driving the ball between the legs of defender Ben Godfrey and in at the foot of the far post in the 79th minute.

The two teams managed 38 goal attempts in an incident-packed match and the win moved Leeds to 11th place in the table on 14 points. Everton are in sixth place on 16 points.

"This is a more difficult period," said Ancelotti. "In a difficult period you can see how your players react — see their personality and character. I still have confidence. We need more consistency."