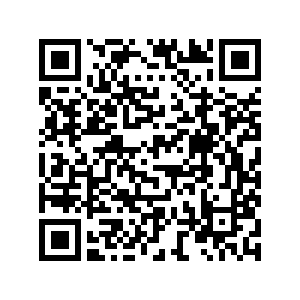 The often-shut side door of an old building, a pair of backpacks or empty soft drink bottles: just a few of the things this columnist and his football gang used as goalposts back in the 1990s.

Being a bunch of restless primary school students, we were annoyed that playing fields were not in great supply. To begin with, Beijing wasn't what it is today. Many schools and universities didn't boast a proper football pitch. The economic pinch we felt but did not fully understand at home was not as bad as, for example, what Diego Maradona lived with when he was our age, but made paying for one on a regular basis out of question. Luckily, a typical neighborhood in Beijing often featured an enclosed area separated from the busy traffic by walls of brick, affording us a relatively safe space for our street football matches.

Born in Maradona's heyday, we could be pardoned for missing out on many of his on-pitch feats. Older kids (probably middle high school students) we occasionally had to vie with for the same makeshift football field in our neighborhood had better luck. They remembered how the Argentinian left England in shock and awe when the World Cup was first broadcast live in China in 1986.

The often out-of-service side door was ideal as a goal. About two meters wide and covered in tin, it let out a deep wail when the ball crashed against it. This gave the door the edge over a pair of bottles: you could never be sure if a mid-air curling shot above the plastic container went in or clipped the post, but with the door there were no arguments.

Due to our appalling marksmanship, the field's geography – a block safely away from traffic but surrounded by residential buildings – was a mixed blessing. If we had actually aimed at the streetlamp, the window of the ground floor apartment or the old car's wing mirror, we would surely have missed and saved months of pocket money.

Dribbling, the skill that young street football talents like Maradona hone and catch scouts' attention with, was not our strong suit either. And passing was scarce, as you could have more fun with the ball at your own feet in a game where everybody was chasing it.

The more we played, the better we became, as far as our neighbors' windows were concerned. But the thought of growing up to be a professional footballer never occurred to any of us. In addition to our mediocrity, systematic football curriculums weren't very common in schools in the 1990s. The formal introduction had to wait in Beijing until 2015. From a parent's perspective, a football career wasn't very attractive given that China only kick-started commercializing its men's football championship in 1994, the year Maradona was banned from the World Cup for drug abuse.

China's economic boom also probably played a role. None of us had to live through the poverty that prompted the young Maradona to seek a brighter future through sport.

Borocotó, the editor of Argentina's longstanding sports publication El Gráfico, proposed in 1928 raising a statue to the "inventor of dribbling."

"The dirty-face street kids of a sparkling gaze" who in their effort to earn a better life via football had elevated Argentinian football to an art form, he profiled poetically. "His vest with Argentinian stripes … (his) shoes whose holes in the toes suggest they have been made through too much shooting. It must seem as if he is dribbling with a rag ball…bound by an old sock. If this monument is raised one day, there will be many of us who will take off our hat to it, as we do in church."

Fate smiled on the young Maradona but has remained stern to millions of other kids with a "sparkling gaze." According to the UN, 86 million children could be knocked under the poverty line by the end of 2020 as a consequence of the pandemic, sending the total number of impoverished children worldwide to 672 million. It's not only their football dreams that are under threat, worse, it's their lives.

What could their goalposts be made of? It freezes me to imagine.