Beijing is ready to welcome leopards back into its woods, experts say
CGTN 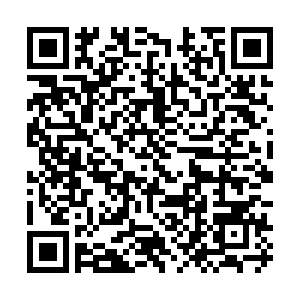 For years, animal NGOs and experts have wondered when the Chinese leopards, or North Chinese leopards, will return to the woods of Beijing, once an important natural habitat for the big cat, after nearly three decades of absence.

Now research shows that day might not be far away.

Frequent appearances by the animal this year are making experts more confident that it will return to the capital, and maybe very soon.

In August, researchers from Beijing Normal University were excited by the news that a leopard broke into a sheep pen in a village in Hebei Province about 100 km away from the capital. The sighting was captured on a security camera and is believed to be the first video evidence of the animal's existence in Yanshan Mountains, which stretches near northern Beijing, in decades.

One week later, a farmer living in another village about the same distance from Beijing found that one of his geese had been snatched by a Chinese leopard. Similar sightings have also been reported over the past few years.

History of Beijing and Chinese leopards

The big cat and the capital have a long history, dating back to the Yuan Dynasty (1279–1368 A.D.) when the first record was made.

In modern times, several sightings of the animal in Beijing were recorded in the 1970s. Zhang Li, an ecological professor at Beijing Normal University remembers an incident almost three decades ago.

"I still remember in 1992, an old lady living in Miyun County killed a Chinese leopard while she was working on her farmland," Zhang said, adding that no sighting of the animal has been reported in Beijing since then.

Experts say that four large-scale felling activities from the Yuan Dynasty to the Qing Dynasty (1636–1912), and the reclamation of mountains and road construction in contemporary times, resulted in the loss and fragmentation of the leopard's natural habitat, forcing them out of Beijing.

Meanwhile, the conflict between local residents and the leopard was escalated by incidents of the animal preying on livestock, prompting locals to hunt them down.

The species shrank rapidly, not just in Beijing, but in places like Gansu Province, Henan Province and Ningxia Hui Autonomous Region.

In 2012, the animal ended up on the Red List of Threatened Species by the International Union for Conservation of Nature.

Despite the dire conditions facing the big cat, experts believe that afforestation efforts in recent years in northern China may offer a chance for the animal's return.

Research shows that the population of the leopard's prey, mainly hoofed mammals, is on the rise in northern China, while leopards have been expanding their territory over the past few years.

"More and more evidence suggests that the population of Chinese leopards is on the rise in its original natural habitats," said Feng Limin, an associate professor at Beijing Normal University.

Though no leopard sightings have been reported in Beijing for the last 30 years or so, experts now believe the ecological conditions of the city are able to sustain the beast.

"We have not been able to see Chinese leopards in Beijing, but we found that the populations of wild boars and roe deer, important prey of the leopard, are on the rise. We believe that if we continue to improve the environment, the days until the Chinese leopard can return to its home here are counting down," Zhang, the ecological professor, said.