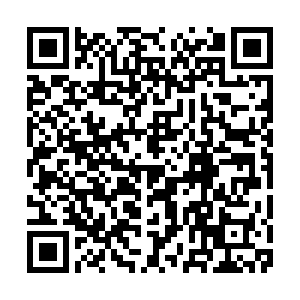 China and Japan enjoy broad common interests and also encounter divergences and contradictions in some areas, which should be handled carefully and properly, Chinese State Councilor and Foreign Minister Wang Yi said on Monday.

Wang made the remarks at the opening ceremony of the 16th Beijing-Tokyo Forum via video link.

The Chinese foreign minister wrapped up a visit to Japan on Wednesday. He recalled that his trip resulted in a five-point consensus and six concrete outcomes, including the launch of the "fast-track" entry system for business that started on Monday.

The COVID-19 pandemic has made all countries in the world deeply feel that mankind is a community with a shared future, and has once again demonstrated the traditional friendship between the people of China and Japan, Wang pointed out.

He said China and Japan have offered mutual assistance during the pandemic and previous natural disasters.

"We always remember how important it is to have a good neighbor, and we are grateful to those people who are working so hard to promote Sino-Japanese friendship." 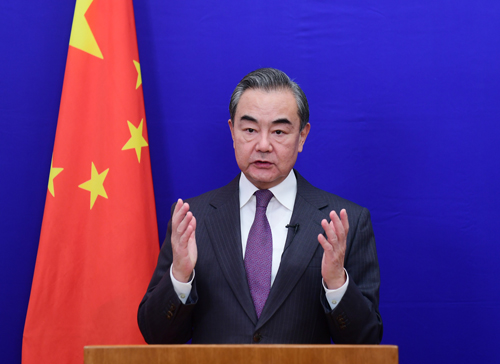 According to a public opinion survey conducted by the Beijing-Tokyo Forum this year, 45 percent of Chinese people have a favorable opinion of Japan, a record high, while Japanese people's favorable view of China has fallen to a new low of 10 percent.

Wang urged the two sides to expand and promote common interests and carefully and properly handle contradictions and manage differences in a constructive way.

On each other's internal affairs, the two sides should adhere to mutual respect and demonstrate understanding and tolerance as close neighbors.

"We live in a new era of information and intelligence, and the masses and social media play an important role and bear a special responsibility in the mutual knowledge and emotional interaction between the two peoples," the Chinese foreign minister stressed, urging the two sides' media to seek truth, convey goodwill and create the future together.

"Frankly speaking, some Japanese people's perception of China is biased by the lack of truthful and comprehensive information," Wang said, adding that the two sides' media reports should present each other's whole picture.

One of the common moral principles followed by the two peoples is prioritizing harmony, which should also be the journalistic ethic that the media of both countries pursue, Wang said, expressing hope that the media of both countries will look to the future, gather positive energy for cooperation between China and Japan, and show a new vision for the development of Asia and the world.

Launched in 2005, the Beijing-Tokyo Forum is held alternately in Beijing and Tokyo, aiming to improve the bilateral relationship and deepen mutual understanding between China and Japan.