China hopes Australia faces up to crimes in Afghanistan
CGTN 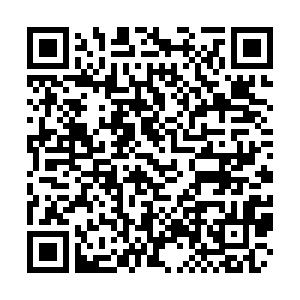 China on Tuesday advised Australia to face up to the crimes committed by its soldiers in Afghanistan and hold the perpetrators accountable and ensure justice to the victims.

The Chinese Embassy in Australia made the remarks in a statement released on Tuesday, saying that the rage and roar of some Australian politicians and media is nothing but misreading of and overreaction to the tweet by Chinese Foreign Ministry Spokesperson Zhao Lijian.

Zhao earlier tweeted that he was shocked, alongside an image appearing to show a special forces soldier with a bloody knife at the throat of an Afghan child, whose head is wrapped in an Australian flag and who is cradling a lamb.

The Embassy's statement came after the Secretary of Australia's Department of Foreign Affairs and Trade lodged a complaint to the Chinese Embassy over a phone call against Zhao's Twitter post.

The Chinese Ambassador to Australia refuted the unwarranted accusations as absolutely unacceptable, read the statement.

Chinese Foreign Ministry's Spokesperson Hua Chunying also replied to a question related to the issue during a regular press conference on Tuesday, noting that the Australia side is blurring the focus.

Hua noted that the painter of the image also responded, saying "what you (the Australian side) have done was much more brutal than my painting."

At the press conference, Hua also showed some printed reports from Australia's Department of Defense that showed its special forces' unlawful killings in Afghanistan.

"So I'm wondering why some people from the Australia side were so surprised. I believe Australia is shifting the focus of its brutal acts to putting pressure on China," Hua added.

Hua said the incident showed a long-term arrogant mindset of "I can do it, but you can't," which she explained some countries' real purpose is depriving China's right of speech in global discourse.

Hua also urged relevant sides to remain calm and to build a healthy bilateral relationship with China for long-term benefits of all sides.