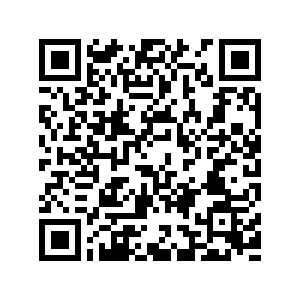 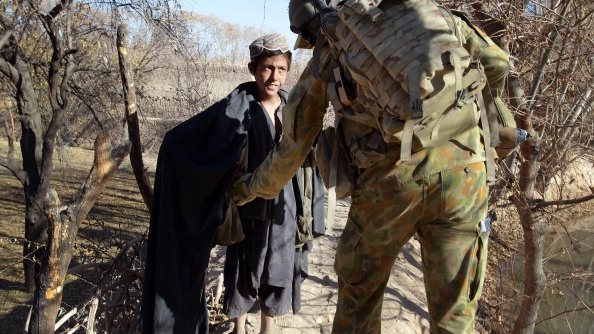 A soldier conducts a search while on patrol in Oruzgan province, southern Afghanistan, where Australian troops are working with soldiers of the Afghan National Army. /Getty

A soldier conducts a search while on patrol in Oruzgan province, southern Afghanistan, where Australian troops are working with soldiers of the Afghan National Army. /Getty

On November 30, controversy erupted when Chinese Foreign Ministry spokesman Zhao Lijian tweeted a cartoon graphic of an Australian soldier holding a knife to a child's throat. The image, based on the results of a recent inquiry into such conduct by Canberra's soldiers, provoked condemnation from Australia's Prime Minister Scott Morrison, who called the image "repugnant" and attempted to dismiss it as "false" and "misinformation," demanding an apology from Beijing. Co-Foreign Ministry spokesperson Hua Chunying, however, defended Zhao's tweet, stating that Australia needs to "do some soul-searching" and that "it is Australian soldiers who committed such cruel crimes."

Zhao didn't tell any lies in posting that image, nor was there any exaggeration involved. A quick look into Australia's official report on this matter finds that troops indeed are reported to have slit the throats of young boys within Afghanistan. This cartoon, created by a Chinese satirical artist, is in fact true.

Yet, Canberra cannot seem to accept such legitimate criticism from a country it deems to be "inferior." Australia believes it has a right to insult and criticize China as it pleases, even when those claims are wrong and ignorant. And it has on many occasions, yet anything from the other way is deemed an outrage.

This relates to the broader point as to why ties between Australia and China are deteriorating. It is not the righteous country it claims to be, it has an enormous troublesome history that has added to a deep hostility and prejudice toward Beijing. Beijing does not want to bear any ill to Australia, yet Canberra does not seem to understand that by taking the path it has taken and spewing relentless hostility toward China. Actions have consequences. Zhao's criticism is not only factual, but legitimate, and its time for Canberra to come to terms with that.

Australia has no right to take a moral high ground against China, especially in preaching against its apparent superiority and "values" toward its political system. Nobody dislikes Australia outside of politics, it's a beautiful, sunny and prosperous land. As its own national anthem goes: "Our land abounds in nature's gifts of beauty rich and rare."

Yet this should not cloud the more sinister reality, which the West is not always conscious of, that this is a country that also has a troubled history of racism, imperialism and genocide, including the wholesale exploitation and decimation of an indigenous people who had inhabited the landmass for 40,000 years. Despite the fingers pointed at China, very few in Australia seem to care about this legacy. 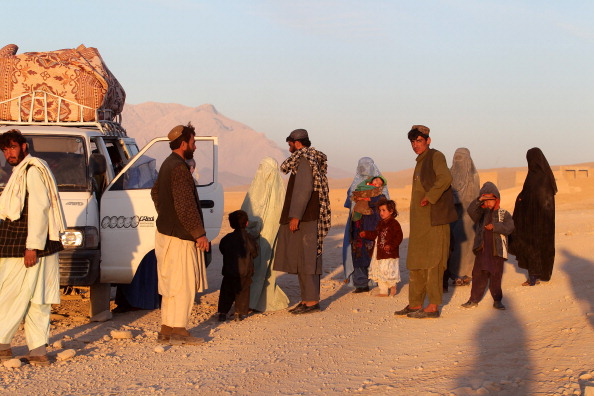 Soldiers of an Australian army unit and the Afghan National Army search vehicles at a checkpoint near the patrol base in Musazai, Uruzgan Province, Afghanistan. /Getty

Soldiers of an Australian army unit and the Afghan National Army search vehicles at a checkpoint near the patrol base in Musazai, Uruzgan Province, Afghanistan. /Getty

But this is not a race to the bottom on "who is the worst" – this context has built in a cultural intolerance and prejudice toward China too, which is relevant to the present day. As an Anglophone country of British origin in approximation to Asia, Australia has always sought to make itself culturally exclusive to its surroundings.

In the early 20th century, Australians preached "the yellow peril" – the fear that a hugely populated Asian "backward" country like China posed an integral threat to their way of life and culture. Thus, for decades, the "White Australia" policy was implemented banning Chinese immigration to the continent.

Times have changed, but the underlying mindset still persists and has manifested itself in the discourse that a "rising China" through "Communist influence" is again a threat to Australia's way of life. It has generated endless media hysteria, an atmosphere of paranoia, a demand that ethnically Chinese politicians in the country "conform" to "Australian values" and most strikingly a complete conformity to Trumpian Cold War politics against Beijing.

It has done this despite the highly integrated and prosperous economic relationship between the two countries. Now, as China has responded, it depicts itself misleadingly as a victim of "aggression." It is not, and Beijing has acted within reason to three years' worth of Australian provocations.

Given this, it is no surprise that Chinese netizens (the image became popular on Weibo before it was shared by Zhao) have sought to point out Australia's war crimes in Afghanistan. If anything, it is a reaction to the hostile culture Australia has created which insults China on a regular basis. Why in this case does China, on any level, have no legitimate right to reply to a country that claims that it has a right to badmouth China every single day, and that this "freedom of speech" is a mantra of its superiority?

He didn't tell any lies and didn't mislead anyone with that picture. It makes a political statement, yes, but it's not false. If it were an image critical of China it would be championed. But ultimately, Australia has to come to terms with why its relationship with Beijing has deteriorated, and where blame lies. China is not the instigator, it wants a good relationship with Canberra, not a bad one. It wants to get along, it wants things to work, but in the climate Australia has created, this is impossible. China offers no apology for simply defending itself otherwise.