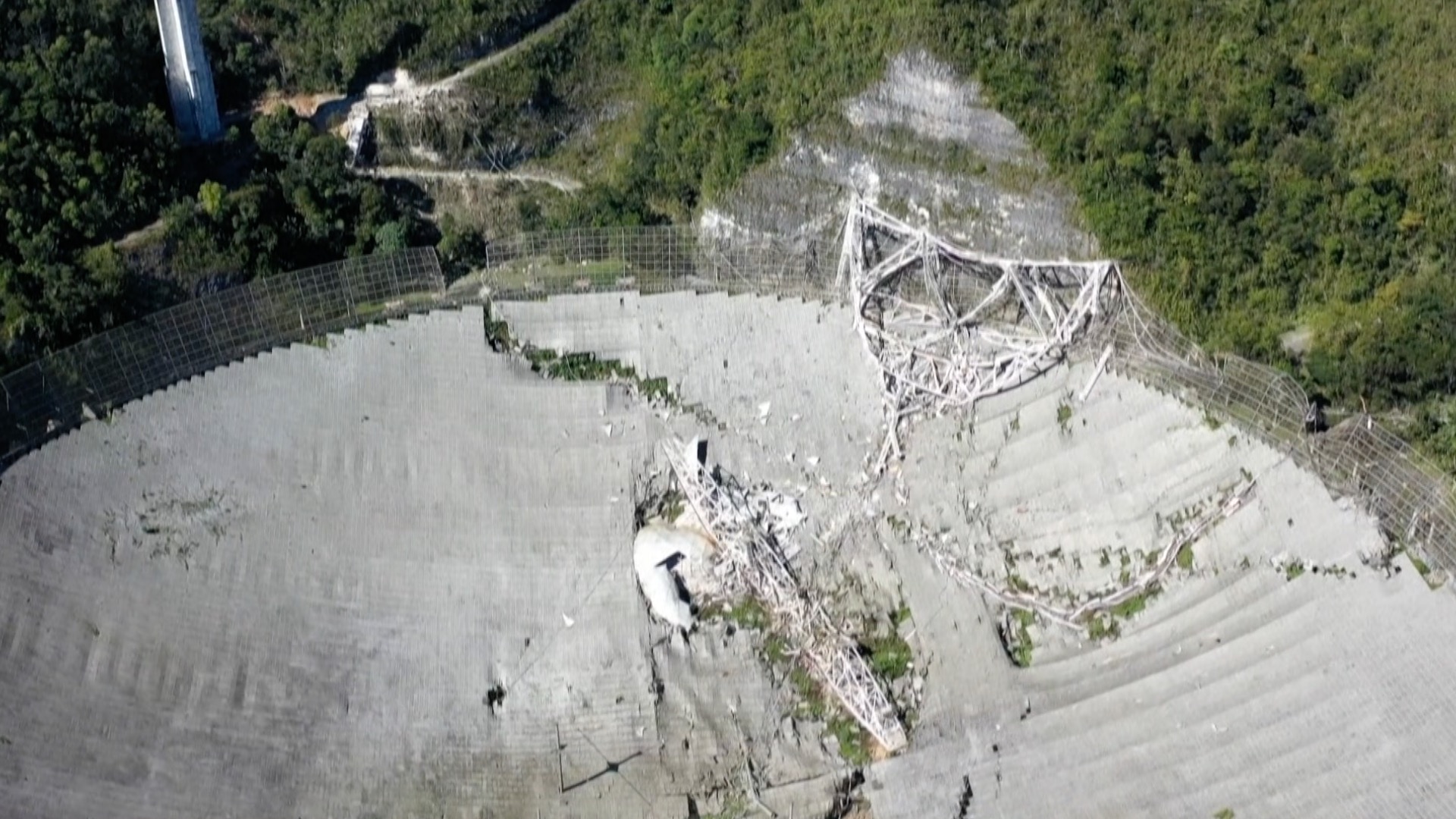 The telescope collapsed after the three remaining cables of the structure showed signs of extreme stress. The radio-telescope had already suffered major damages after a cable that helped support the 900-ton platform hanging at 450 feet above the dish broke in August. Weeks later, a second cable gave in, putting the telescope at greater risk. With less cables supporting the platform, it eventually gave way.