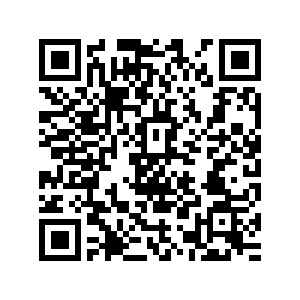 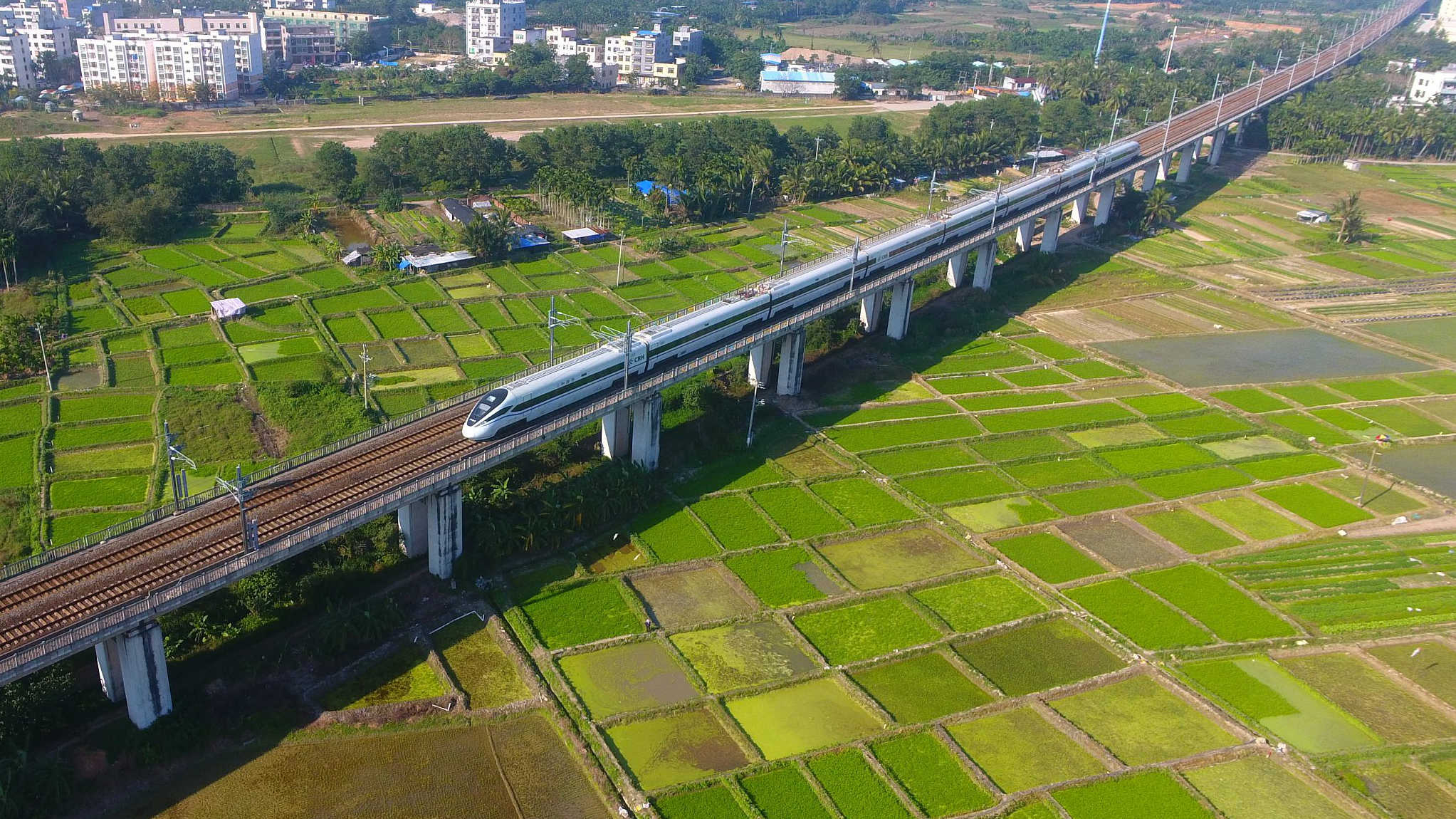 Sixty years ago next May, President John F. Kennedy put the United States on a mission to the future. "I believe that this Nation should commit itself to achieving the goal, before this decade is out, of landing a man on the Moon and returning him safely to Earth. No single space project in this period will be more impressive to mankind, or more important for the long-range exploration of space; and none will be so difficult or expensive to accomplish." Our generation's moonshot is sustainable development on Earth.

We have already set the goals, but not yet embraced the challenges in full. In two pivotal moments in late 2015, all of the world's governments unanimously adopted the 17 Sustainable Development Goals (SDGs) and the Paris climate agreement.

The world pledged to end extreme poverty, ensure universal health care, and provide education for all children by 2030; countries would decarbonize the world's energy system to head off the dire risks of human-induced climate change. A subsequent scientific report in 2018 indicated that the goal of limiting warming to 1.5°C requires meeting the latter goal by mid-century.

These bold goals are no less achievable than the moonshot, which the U.S. accomplished on Kennedy's original timeline, in July 1969. The U.S. moonshot in fact illuminates how to achieve bold goals such as the 17 SDGs and the needed energy transformation.

The moonshot was a "mission" with organizational attributes – ably described by historian Douglas Brinkley in his study American Moonshot – that were vital to its success. It had a clear goal and timeline, and a rigorous plan based on both. NASA, the U.S. space agency, devised a three-act mission, including the single-astronaut Mercury flights, the two-astronaut Gemini flights, and the three-astronaut Apollo flights that ultimately went to the moon and back.

And there was a national commitment to an integrated public-private program, ultimately involving some 20,000 private companies and 400,000 workers across the U.S. Finally, there was a large and realistic federal budget commitment that funded the effort from 1961 to its completion in 1969.

In 2021, with President-elect Joe Biden in office, the U.S. will recommit to the SDGs, rejoin the Paris climate agreement, and commit to cooperation on these efforts with the rest of the world. Success will require no less a bold commitment than the moonshot, but this time for goals on Earth and carried out by all countries together rather than one acting alone.

The sustainable-development mission should engage the public and private sectors worldwide, marshaling the idealism, energy, and digital savvy of today's young people. To provide the demand stimulus and technological breakthroughs needed to spur the post-COVID-19 global recovery and prolonged economic advance will require ambitious long-term goals and plans, key intermediate milestones, and the financing needed to achieve them.

At the start of 2020, Europe adopted just such a mission approach with its European Green Deal (EGD) and accompanying program for research and investment (Horizon Europe). Economist Mariana Mazzucato has argued wisely and persuasively for Europe's mission orientation.

The EGD calls for decarbonization of the energy system by 2050, a circular EU economy that slashes industrial pollution, and a comprehensive "farm to fork" program to achieve a sustainable and healthy food system. Europe's commitment to decarbonize by 2050 helped to spur Japan and Korea to do the same, and China to commit to decarbonize by 2060.

My colleagues and I in the U.S. chapter of the United Nations Sustainable Development Solutions Network have recently laid out a Zero-Carbon Action Plan (ZCAP) that charts a technological, financial, and employment pathway for decarbonizing the U.S. energy system by 2050.

Like the moonshot and subsequent U.S. technology missions (including the creation of the Internet and the sequencing of the human genome), ZCAP envisions a public-private partnership to accomplish four key objectives: shifting all power generation to zero-carbon sources, mainly wind and solar energy; adoption of electric vehicles; converting buildings from oil and gas heating to electricity; and switching from coal, oil, and gas in industry to hydrogen and other "green" (zero-carbon) fuels. 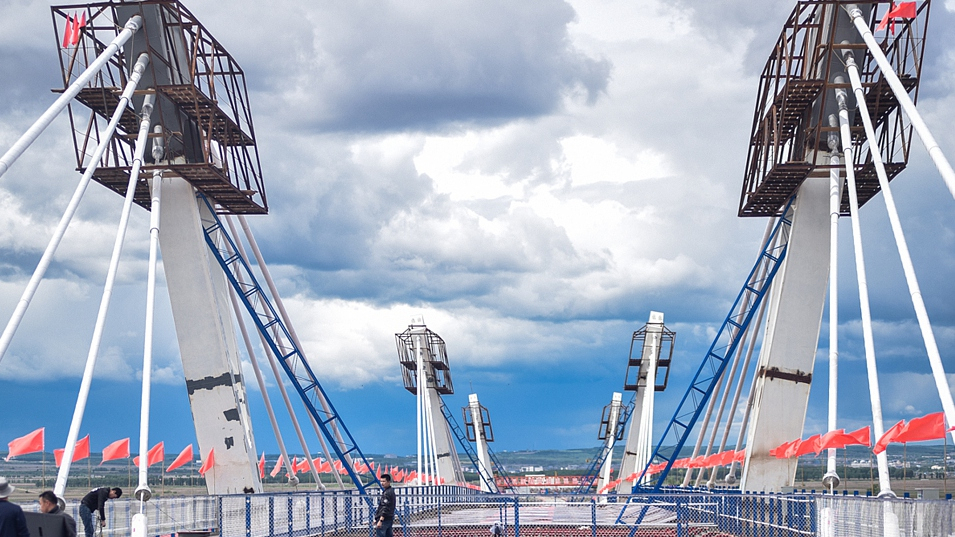 A cross-border automobile bridge under construction across the Heilongjiang River, known in Russia as the Amur River, connecting the Russian city of Blagoveshchensk and China's Heihe in Heilongjiang Province, northeast China, May 31, 2019. /VCG

A cross-border automobile bridge under construction across the Heilongjiang River, known in Russia as the Amur River, connecting the Russian city of Blagoveshchensk and China's Heihe in Heilongjiang Province, northeast China, May 31, 2019. /VCG

The main goal of ZCAP is to help the Biden administration and the incoming Congress do what governments generally find difficult: to think ahead as far as 30 years, by setting a clear goal and charting the technological and financial pathways to reach it. ZCAP compellingly demonstrates the feasibility of decarbonization by 2050.

At an annual incremental energy systems cost below – and perhaps far below – 1 percent of U.S. national income, the U.S. economy can complete the energy transformation while increasing jobs, reducing air pollution, and addressing the special needs of hard-hit communities in order to ensure a just transition.

The key to mission thinking is to identify the technological pathways to success and the policies and finances needed to pursue those pathways. Of course, not every step on the actual path can be known at the start. NASA had to innovate at every step of the moonshot, and the engineers scrambled relentlessly and brilliantly to develop new technologies in order to overcome obstacles. Yet NASA had charted out the main milestones of the moonshot by late 1962.

In the same way, there are still critical unknowns about the energy transformation to 2050, such as the best zero-carbon solutions for aviation, ocean shipping, steelmaking, and some other heavy industries. Yet for each hard problem, there are several possible solutions that can be explored through directed research and development.

Similarly, we have much to learn in how best to use new digital technologies to fight extreme poverty (SDG 1), ensure healthcare coverage (SDG 3), and guarantee universal access to education (SDG 4). But many promising demonstration projects are underway around the world.

The coming year can therefore mark a breakthrough for the planet, a positive coda to the deaths and despair of 2020. With intensified public health policies around the world modeled on the successes of the Asia-Pacific countries, and with the introduction of vaccines, the pandemic can be brought under control, thereby opening the way for a fresh global start on sustainable development.

There will be three major UN gatherings in 2021 – on biodiversity conservation (in Kunming, China in May), food systems (at UN headquarters in September), and on climate (in Glasgow in November). All are opportunities to launch our generation's bold mission for sustainable development. To seize them, governments, academia, and businesses worldwide should work together intensively in the coming months to chart out the pathways to the future we want and need so much.