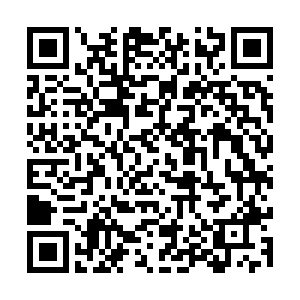 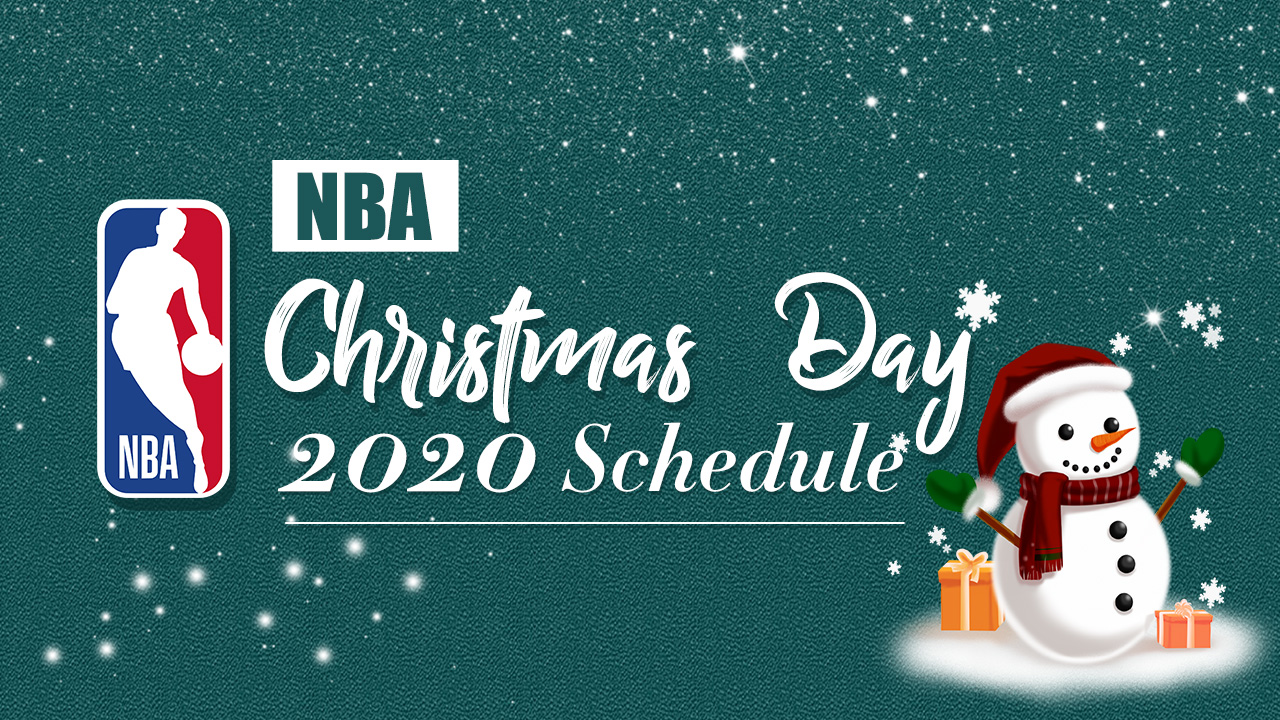 You can almost feel the spilling star power by looking at the schedule. 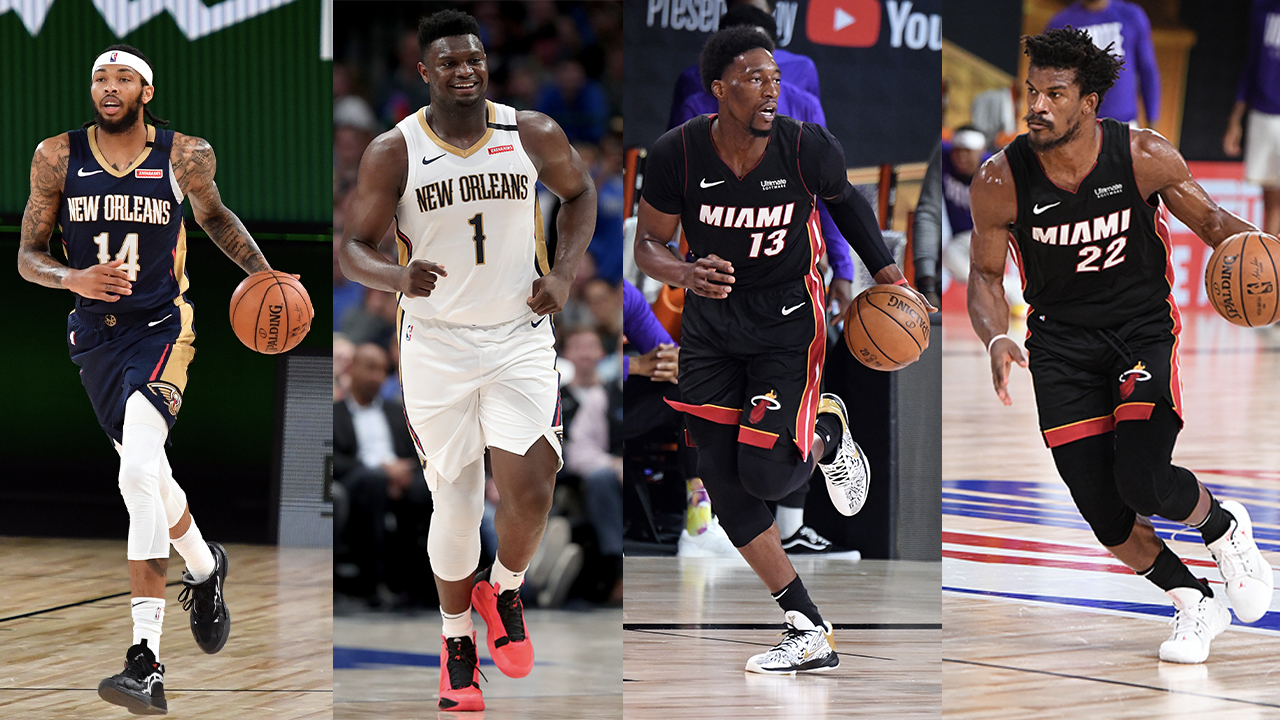 Zion Williamson is about to play the Christmas Day Game in his second season in the league. Though he only played 27.8 minutes in 24 games, Williamson averaged 22.5 points and 6.3 rebounds at a field goal rate of 64 percent while stepping to the free-throw line 7.4 times. Thanks to the incredible combination of power, athleticism, and explosiveness, he has already become a true headache to other teams' defense.

The Pelicans were quite busy during the offseason. They sent away Jrue Holiday, acquired Eric Bledsoe, George Hill, Steven Adams and finally gave Brandon Ingram a five-year, $158-million contract extension. Though extending Adams’ deal was a controversial move, the Pelicans have obviously decided to go for at least the playoff qualification in the 2020-21 season. The talents of Ingram and Williamson are the team's confidence.

Is there a better team than the Miami Heat to teach talented young boys a lesson by giving them a head-on blow? What they did to Giannis Antetokounmpo is still clear and vivid in our memory. Last season, Jimmy Butler, Bam Adebayo and their teammates surprised everyone by conquering the Eastern Conference and beating LeBron James, Anthony Davis and the Los Angeles Lakers twice in the Finals. They have what it takes to torture Williamson and Ingram, only this time, people won't be surprised. 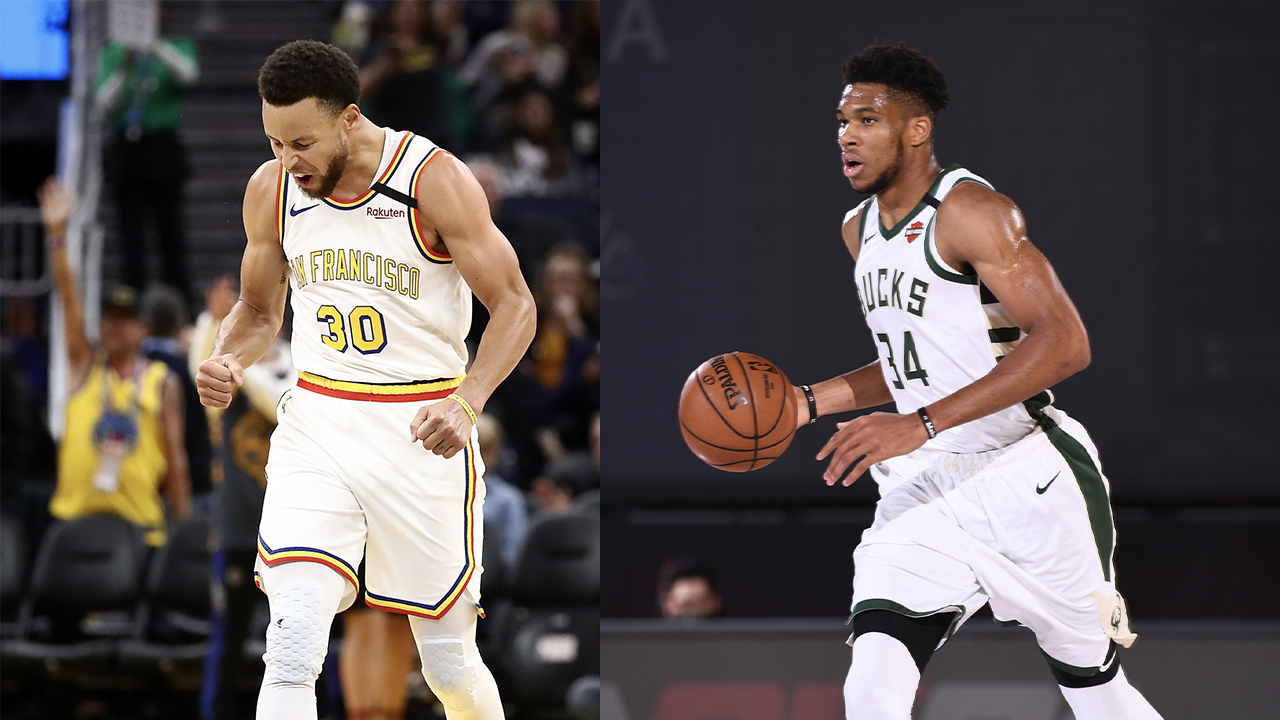 Stephen Curry #30 of the Golden State Warriors and Giannis Antetokounmpo of the Milwaukee Bucks. /CFP

Stephen Curry #30 of the Golden State Warriors and Giannis Antetokounmpo of the Milwaukee Bucks. /CFP

One of the few things that kept Golden State Warriors fans warm during those endless dark nights last season was the hope that Stephen Curry and Klay Thompson would recover and lead their team to chase the championship again.

That hope burst like a bubble when Thompson was diagnosed with an Achilles tendon injury in November. The Splash Brothers will not come back in the 2020-21 season.

Despite the terrible news, the Warriors owner Joe Lacob did not grudge his money. Instead, he allowed general manager Bob Myers to find the best help he could for Curry under the pressure of super luxury tax – we are talking about over $100 million in taxes. Will the 32-year-old two-time NBA MVP shock the league again like he did with his 3-pointer magic seven years ago?

Though they are healthy, the Milwaukee Bucks are in no less pain than the Warriors. The difference is that the Bucks’ pain is mental. Antetokounmpo already won the MVP twice in a row but his team are not making progress in the playoffs. So far he has not nodded to the contract extension offer by the team. When the Bucks gave away three first-round draft picks and two swaps for Holiday, they already betted their future on this season – they have to win and they must do it now. 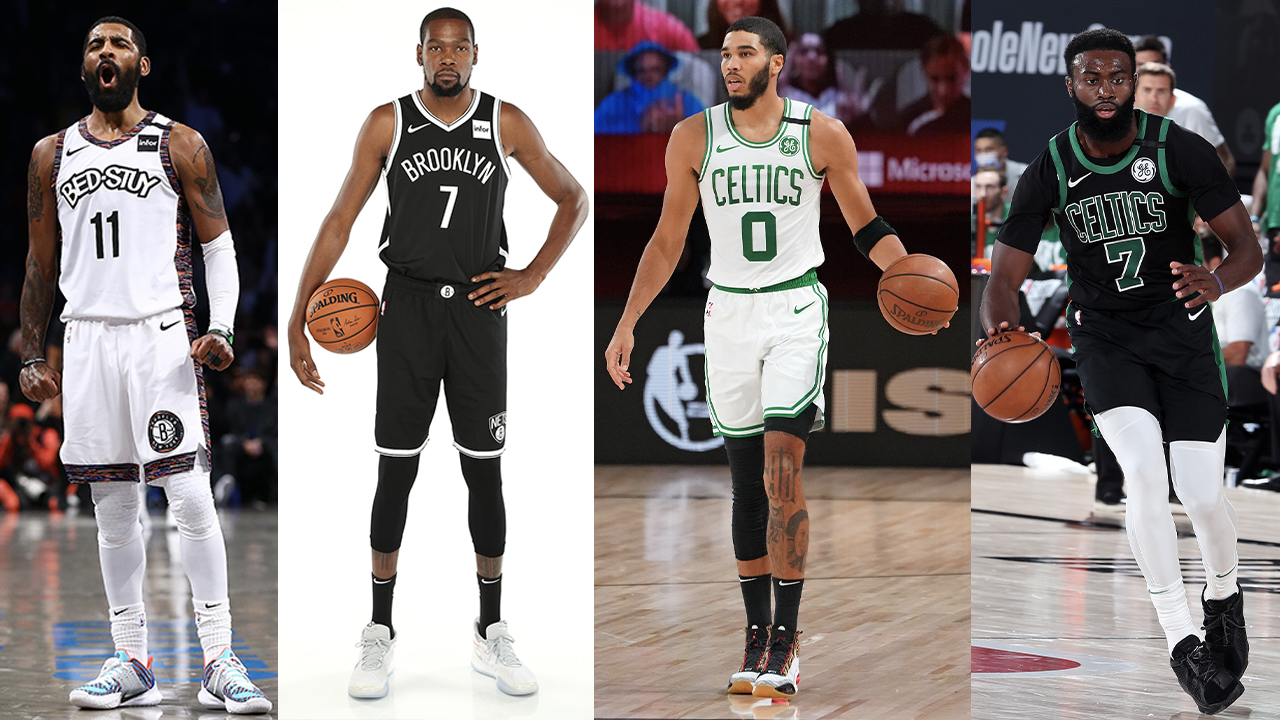 From L to R: Kyrie Irving and Kevin Durant of the Brooklyn Nets, Jayson Tatum and Jaylen Brown of the Boston Celtics. /CFP

From L to R: Kyrie Irving and Kevin Durant of the Brooklyn Nets, Jayson Tatum and Jaylen Brown of the Boston Celtics. /CFP

Playing in front of the world on Christmas Day is nothing new for the Boston Celtics. As the team that won 17 NBA titles – a record they share with the Lakers – in franchise history, all this is like a turkey on the table, just part of the tradition.

The Celtics watched Gordon Hayward, Enes Kanter, and Brad Wanamaker leave during the offseason. The team's core is still the swingman-pair, Jayson Tatum and Jaylen Brown. In fact, one of the reasons the Celtics continued to remain competitive for the past three years is that both Tatum and Brown kept growing better. Considering that Kemba Walker won't come back until January 2021, Tatum and Brown will need to carry the team before that, just like old times.

By contrast, everything seems so new to the Brooklyn Nets.  Their lineup does not change much, when the team entered the bubble in Orlando last season, they lacked Kyrie Irving, Kevin Durant, and DeAndre Jordan, the Big 3 that joined the Nets in 2019 summer as free agents.

Now that they are all back, the Nets have become a totally new team qualified to compete for the championship. The three also have their own goals. Irving needs to prove he's not a toxic teammate; Durant needs to prove he's still in the game for the throne of the league's best player; Jordan, well, he needs a ring. 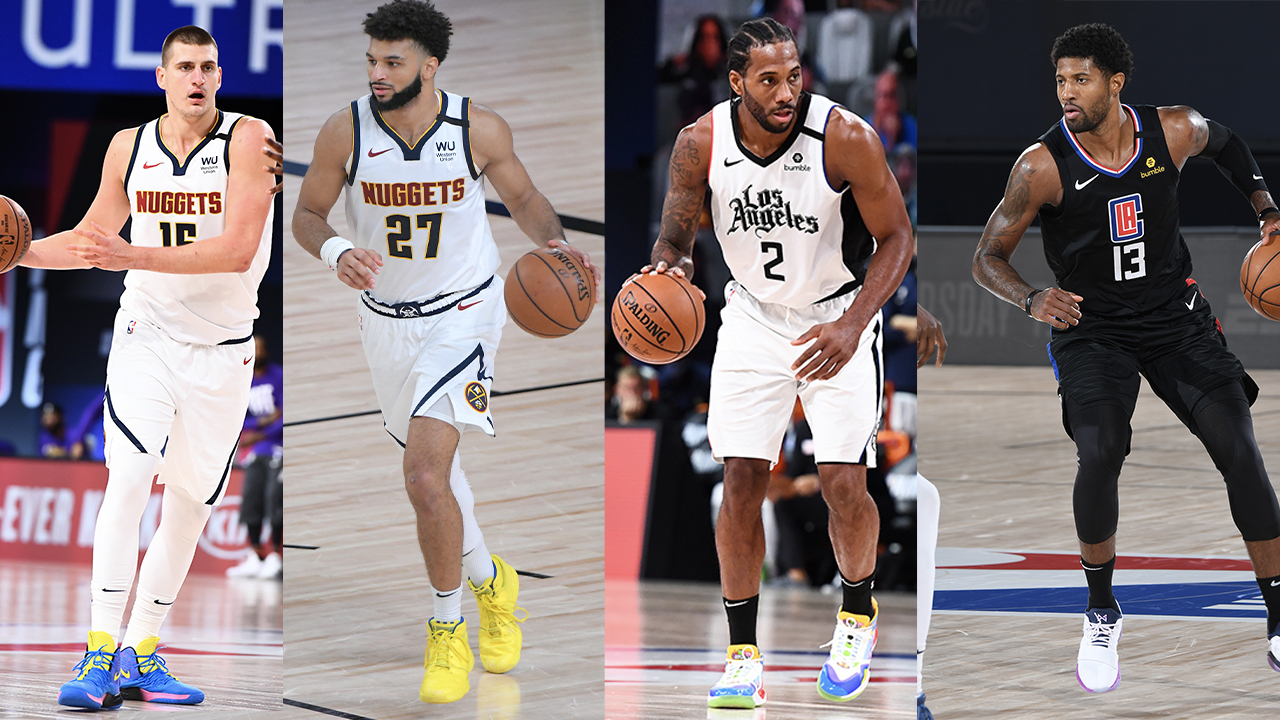 From L to R: Nikola Jokic and Jamal Murray of the Denver Nuggets, Kawhi Leonard and Paul George of the Los Angeles Clippers. /CFP

From L to R: Nikola Jokic and Jamal Murray of the Denver Nuggets, Kawhi Leonard and Paul George of the Los Angeles Clippers. /CFP

When the Denver Nuggets again came back from a 3-1 trail to knock the Los Angeles Clippers out in the Western semifinals, they kicked the Clippers, Kawhi Leonard, and Paul George to the abyss. Though the Nuggets lost to the Lakers in the following Western Finals, it did not keep Nikola Jokic from proving himself the best center in today's NBA.

The Nuggets lost Jerami Grant, Mason Plumlee, and Torrey Craig, but they kept Paul Millsap and landed JaMychal Green. Will Barton is coming back healthy as well. What the team need is for Jokic to continue to cast his magic, for Jamal Murray to further release his offensive talents and for Michael Porter Jr. to grow better.

The Clippers cannot afford that. They brought everything Leonard wanted last season but did not even make the Conference Finals. They almost stole every target player the Lakers wanted but did not even meet the purple and gold in the playoffs. Last season's failure destroyed George's reputation and damaged Leonard's badly too. To fix that, the Clippers must stand up where they fall. Defeating the Nuggets on Christmas Day is their first step. 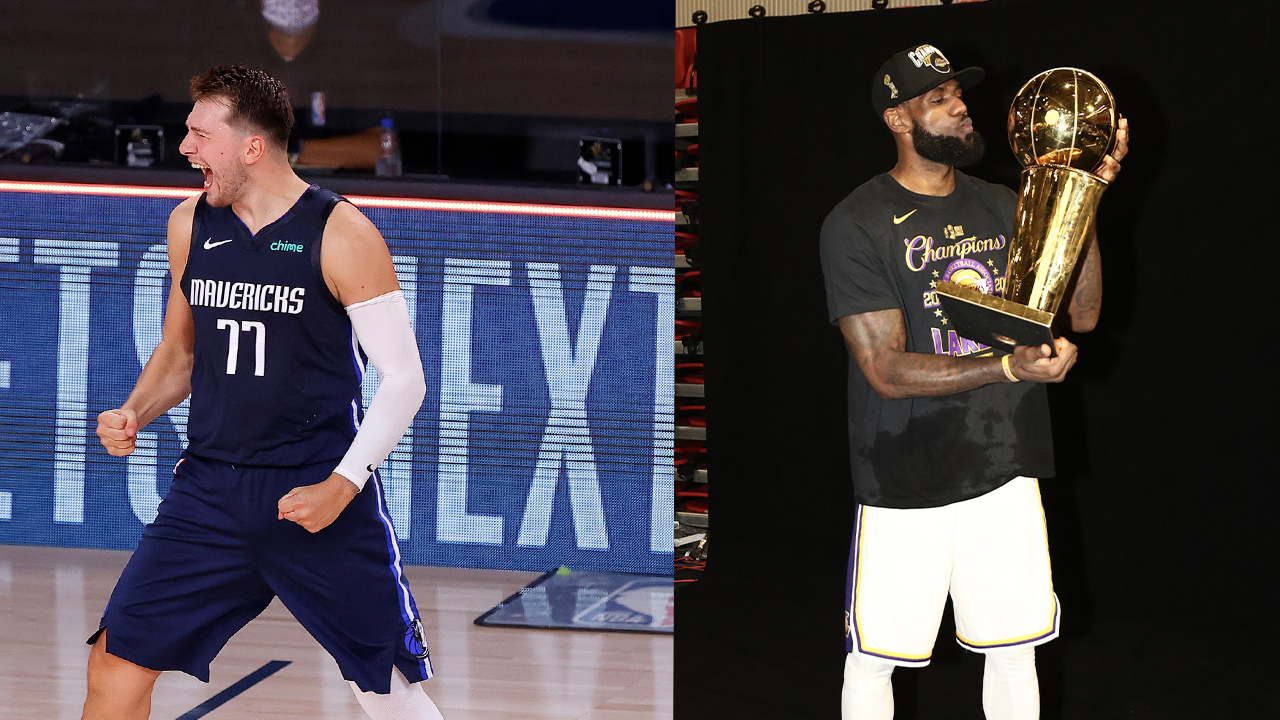 Luka Doncic #77 of the Dallas Mavericks and LeBron James of the Los Angeles Lakers. /CFP

Luka Doncic #77 of the Dallas Mavericks and LeBron James of the Los Angeles Lakers. /CFP

Though Anthony Davis has not signed a contract yet, the Lakers had quite a successful offseason thanks to the brilliant work of Rob Pelinka. The arrivals of Dennis Schroder, Montrezl Harrell and Marc Gasol make up for the team's deficiencies. The purple and gold are on their way defending their honor in solid steps.

Though LeBron James is about to become 36 years old by the end of this month, the world is still looking for his challenger. They are already several candidates but Luka Doncic is bearing down menacingly. In his second NBA season, the 21-year-old continued to break various records, both in the regular season and in the playoffs, not mention that many of them used to be kept by James himself.

It took James six years to find his role on the court, partly because of the league's tendency back then and partly because of his shortcomings in skills. Doncic did that in less than two seasons and he's already a top 3 playmaker in today's NBA. ESPN's Zach Lowe believes that Doncic will beat James and Antetokounmpo to win the MVP this season. He has every reason to be right.

Everyone loves the story of a new king challenging the reigning one for the throne.