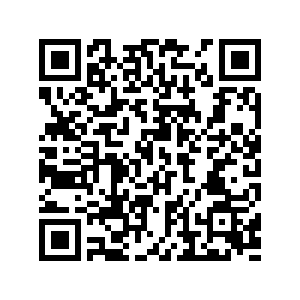 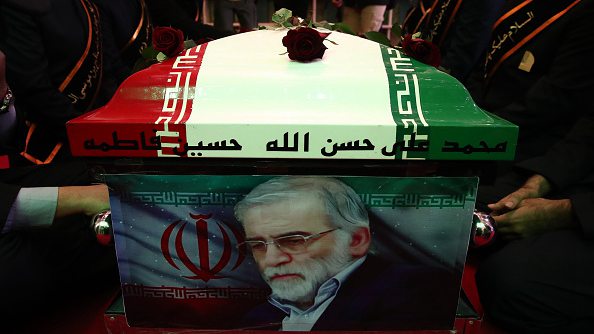 Editor's note: Bobby Naderi is a journalist, a guest contributor in print, radio and television, a documentary filmmaker and a member of the Writers' Guild of Great Britain. The article reflects the author's opinions, and not necessarily the views of CGTN.

A number of former European diplomats have called on European governments, particularly the trio that are parties to the Iran nuclear deal, Germany, France and Britain, to urge an incoming Biden administration to return to the Joint Comprehensive Plan of Action (JCPOA), and to agree with Tehran on steps for mutual compliance.

The diplomats rightfully said in a statement published by the European Council of Foreign Relations (ECFR) on November 30 that the policy of sanctions-based "maximum pressure" instituted since 2018 has failed to force Tehran to return to the negotiation table. They said in response to the gambit to exaggerate intelligence on Iran and degrade its nuclear capabilities, Tehran has increased its nuclear activities and continues to step away from its JCPOA commitments.

The call comes amid fears among the international civil society that the November 27 assassination of Iranian nuclear scientist Mohsen Fakhrizadeh could end in the hot war that hawks in Iran, Israel and the U.S. have long been betting on. Hawks in Tehran say the attack was possibly arranged by Israel and the U.S., and they would retaliate against the perceived culprits. They further say Tehran will never agree to the preconditions sought by Biden and his advisers to rejoin the JCPOA.

The EU is still hoping that Biden's administration will help undo Trump's U.S. departure. Likewise, the moderate government in Tehran hopes that Biden's presidency on January 20 will help lift sanctions and precipitate a return to the 2015 nuclear accord that Trump vociferously dismantled in his own chaotic fashion.

In these uncertain times, nevertheless, hoping alone ignores reality and a little tomorrow cannot make up for a lot of yesterday. One can argue that the politically timed and highly reckless assassination of Iranian nuclear scientist was intended to make any rapprochement impossible, as well as constrain and sabotage Biden's diplomacy and bulldoze and bully around his incoming administration. One can also argue that catastrophic military brinkmanship is not helpful. All sides need to opt for "caution and restraint," and that would mean realizing that a military escalation is good for nothing.

Our pandemic world is indeed full of perils. Both Tehran and Washington still have time to take immediate steps to de-escalate. This would require diplomatic steps to resolve their daunting problems. Their mutual compliance could give a new lease of life to the JCPOA and preserve regional peace at a minimal cost. A deal that restricts and checks enrichment and renders Iran a nonnuclear-weapon state is also supported by other signatories - China and Russia.

As the U.S. is preparing to enter the Biden years, the parties involved need to discuss this classic conflict of interest that tends to cause disastrous harm to the volatile region of the Middle East and the people within. For this to happen, European governments, particularly Germany, France and Britain, need to take certain diplomatic steps.

The trio must officially call on Washington to not complicate the EU's attempts to restore Iran diplomacy. Tehran and Washington can be encouraged to return to diplomacy and ensure the full and effective implementation of the JCPOA. The trio also needs to encourage the U.S. Senate and Congress to support the next U.S. administration's plan to return to the JCPOA. 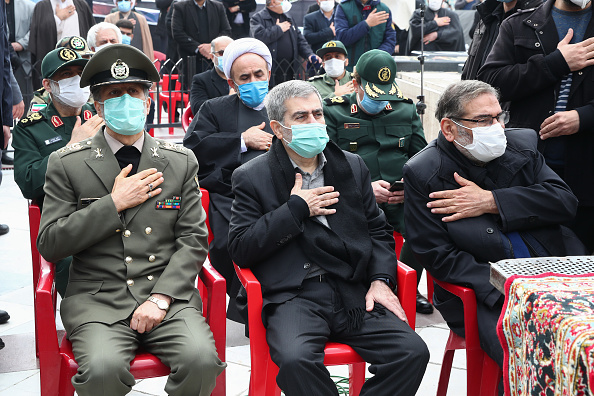 Navigating the tricky waters, the JCPOA parties' joint commission must meet before the Biden administration begins on January 20 to discuss technical issues. The commission, which comprises the three European parties, Russia, China, and Iran, can then coordinate efforts to call on the Biden administration to undo U.S. departure and help Iran see the economic benefits of its compliance.

This would require political delegations from the trio and the EU to meet with Iranian counterparts before Biden enters the Oval Office to sketch out a road map to reverse Iran's nuclear activities and return to its commitments. The nexus is for Tehran to realize that such steps are required if the Biden administration is to return to the deal. Both parties involved in bilateral and multilateral talks should be wary not to take an absolutist posture that might help continue the Trump policy of sanctions-based "maximum pressure" and the unethical system that continues to feed it.

In collaboration with the Biden administration and the Senate and Congress, the European countries and the trio can and should also give security guarantees to their regional partners and allies Saudi Arabia, Israel and the United Arab Emirates that see Iran as a strategic rival and adversary. They should also come to the conclusion to not sabotage a future Biden administration's plan to rejoin the JCPOA, and to not provoke Iran due to concern the Trump administration could launch a war.

Not that one needs to be reminded, but Biden has already said that if Iran returns to strict compliance with the JCPOA, the U.S. would return to the deal. His nominated secretary of state Tony Blinken has also said Washington would return to compliance if Tehran did. Both President Hassan Rouhani and Foreign Minister Javad Zarif have also said Tehran is ready to comply if sanctions are lifted. No surprise there.

Now that the Trump era is ending so ingloriously and as U.S. aircraft carriers repeatedly make their way into the Persian Gulf, returning to diplomacy won't be a walk in the park for the hawks in Tehran and Washington. The brazen assassination of a high-level Iranian official has vindicated the hardliners who consider unlikely the possibility of any détente with Washington. More or less literally, their American counterparts are also perfectly ready to set the region on fire.

Fortunately, Trump is nearly gone and both sides have a lot to gain if they are ready to consider some kind of coordination and compromise to stop this madness from going down in a military storm. Their interests couldn't be more real. As maintained by European diplomats, the Trump administration's "maximum pressure" campaign has clearly failed in ways inconceivable. With tensions still rising, failure to attempt diplomacy won't be the only consequence of this problematic fait accompli, either.

In reality, it's not that complicated to debate that the Biden administration faces a real test. It strains credulity to maintain that even China and Russia have also called on the leaders of Western Europe and high-profile progressive circles and organizations in the U.S. to challenge the big-ticket war profiteers and hawkish think tanks. Already they have called on the Washington Beltway not to gut the nuclear deal and to restore Iran diplomacy. For the parties involved, moving beyond the safe zone and defusing the nuclear crisis would be logic, not interests.