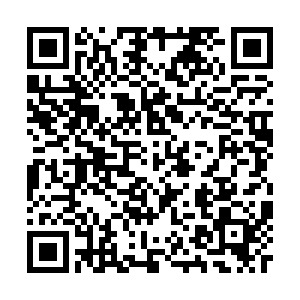 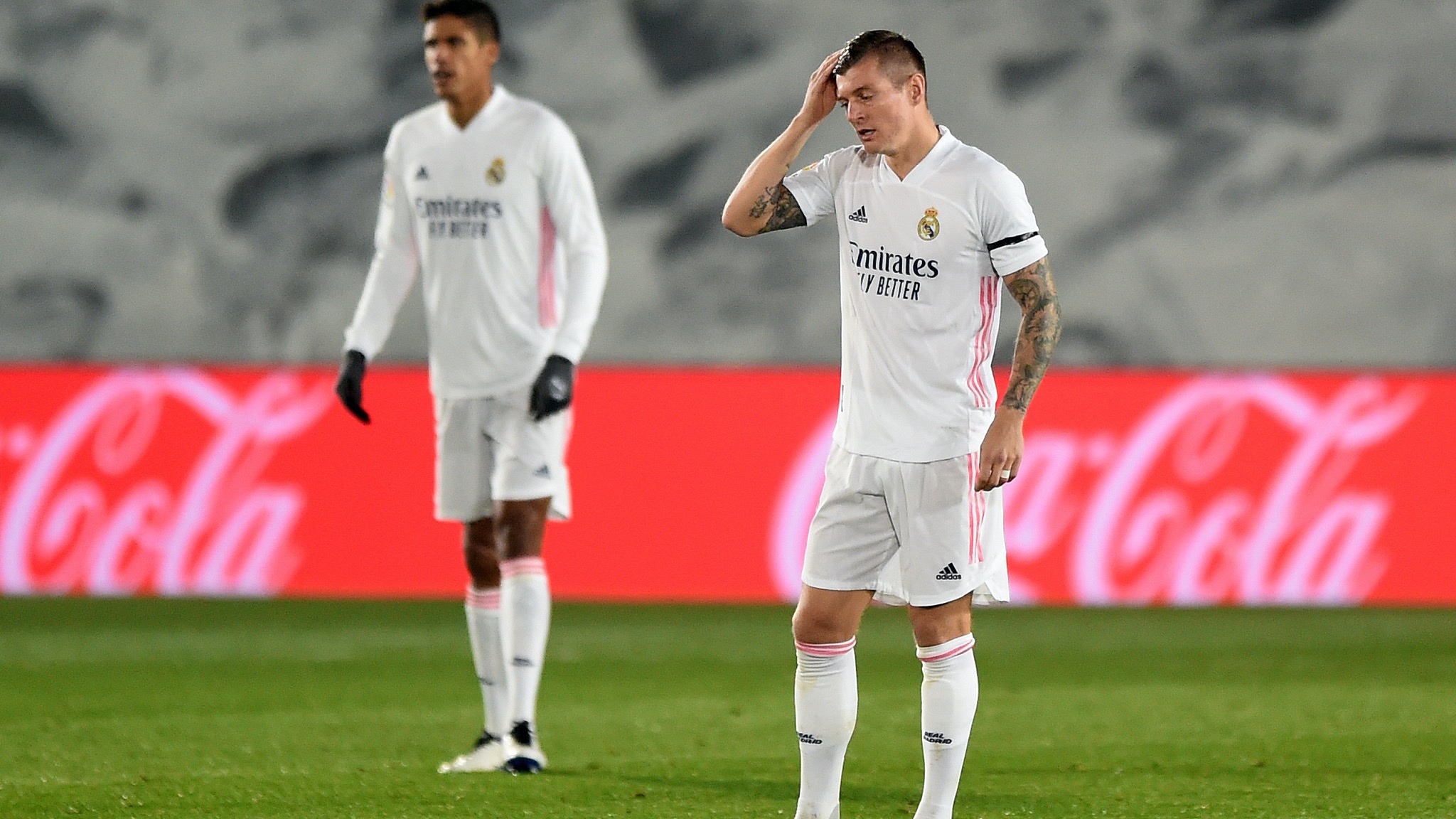 Real Madrid have announced a huge loss in revenue as the ongoing COVID-19 pandemic deals a devastating blow to the Spanish giants.

"The impact of COVID-19 has led to a reaction of -13 percent (minus 106 millions euros) in income for the 2019/20 financial year," Real said in a statement on Wednesday night. "The club maintains a solid equity situation with a net equity of 553 million euros and treasury of 125 million euros as of 30 June."

"In terms of personnel costs, the players and coaches of the first Real Madrid football and basketball squads, together with the main executives of the different club divisions, have voluntarily agreed to lower their remuneration for this year by 10 percent (this reduction would have been 20 percent if the league competition could not have been completed)," the statement added. 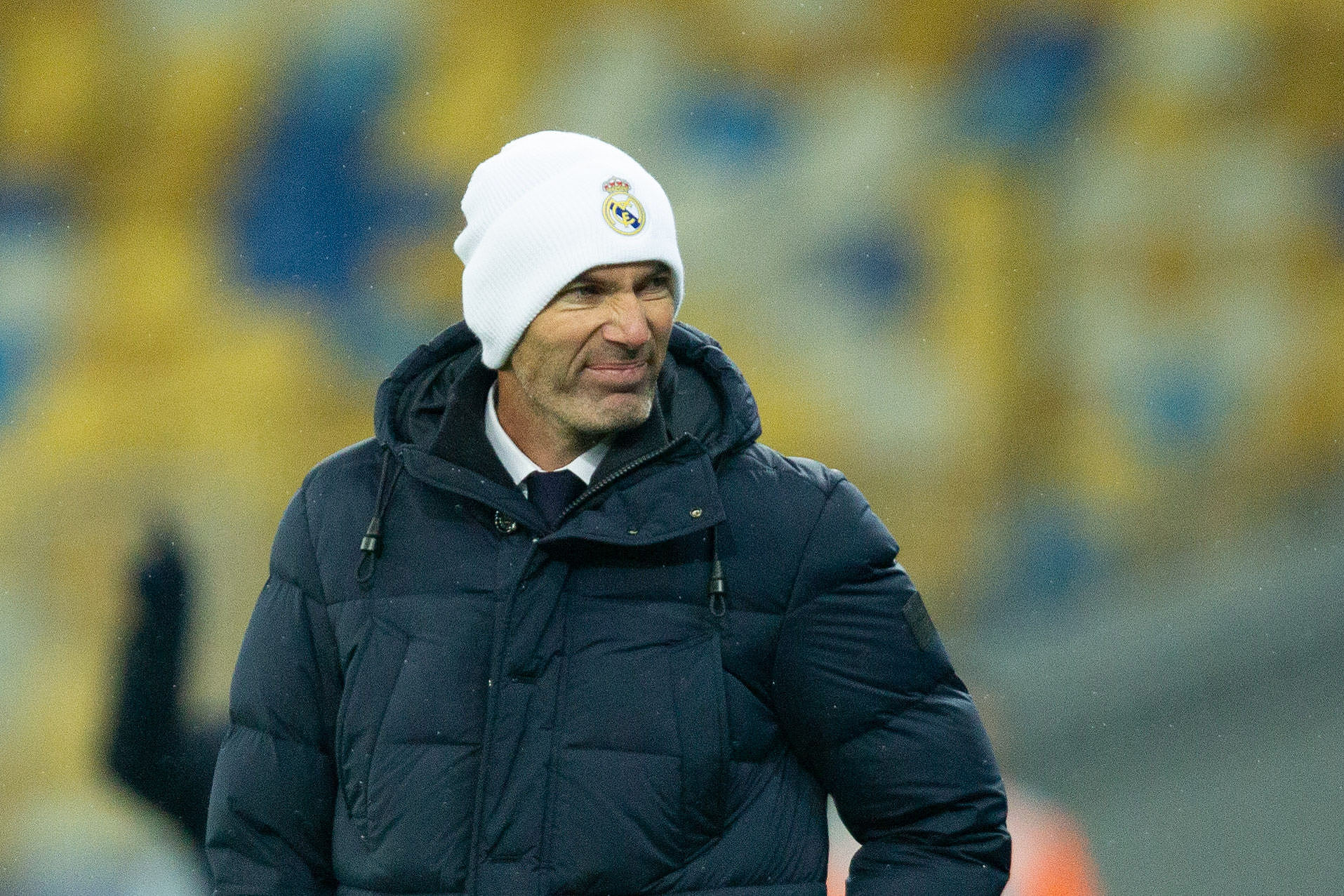 The pressure continues to mount on Zidane after he saw his team beaten by Shakhtar Donetsk in the Champions League. /CFP

The pressure continues to mount on Zidane after he saw his team beaten by Shakhtar Donetsk in the Champions League. /CFP

Meanwhile, Zinedine Zidane confirmed that he had no intention of leaving Real Madrid, though the 2-0 Champions League loss to Shakhtar Donetsk has left his team's chances of qualifying for the knockout stage in serious doubt.

"I won't resign," Zidane told reporters in a press briefing. "We'll keep going. ... In the first half we were really good. I think we deserved to score first, that would have changed things. Their goals hurt us a lot."

"We've had complicated moments and we always will," he added. "We're on a bad run of results. That's the reality. But we have to keep going. ... I think we prepared well, we played a great first half. We have one game left and we have to win and think about going through."

Next up for Real Madrid is an away trip to Sevilla in La Liga, a final showdown with Monchengladbach, and a derby with city rivals Atletico Madrid. All three are difficult opponents to deal with, but Zidane was composed as usual.

"I feel strong. I'll give everything, as always, I think the players will too," he said. "The other day [against Alaves] we didn't deserve to win. I think today we played a good game, but that's football. We have to keep our heads up and think about the next game. When you're on a bad run there's no alternative ... we have to show our character and our pride."

Fiorentina coach Cesare Prandelli is self-isolating and the rest of his squad will now go into a bubble in accordance with protocol. /CFP

Fiorentina coach Cesare Prandelli is self-isolating and the rest of his squad will now go into a bubble in accordance with protocol. /CFP

Elsewhere, Serie A giants Fiorentina announced that coach Cesare Prandelli has tested positive for coronavirus right after their clash with AC Milan.

"Prandelli is already self-isolating," read a statement. "The rest of the squad will now enter into a bubble and will continue to comply with all the relevant regulations."

Prandelli's Milan counterpart Stefano Pioli, who tested positive for the virus last month, has recovered and will be back on the sidelines for Thursday's Europa League match against Celtic, according to Milan's official website.