Chinese spacecraft takes off from moon with samples
CGTN 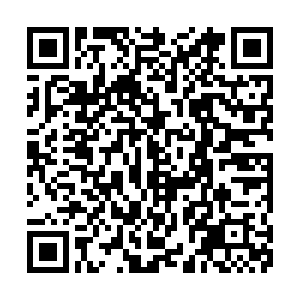 This represented the first-ever Chinese spacecraft to take off from an extraterrestrial body.

China's Chang'e-5 probe, comprising an orbiter, a lander, an ascender and a returner, was launched on November 24, and its lander-ascender combination touched down on the north of the Mons Rumker in Oceanus Procellarum, also known as the Ocean of Storms, on the near side of the moon on December 1.

After the samples were collected and sealed, the ascender of Chang'e-5 took off from the lunar surface, and is expected to complete unmanned rendezvous and docking with the orbiter-returner in lunar orbit, an unprecedented feat.

Chang'e-5 is one of the most complicated and challenging missions in Chinese aerospace history, as well as the world's first moon-sample mission in more than 40 years.

The China National Space Administration on Friday released an image showing China's national flag unfurled from the Chang'e-5 probe on the moon before the takeoff. The images were taken by a panoramic camera installed on the lander-ascender combination of the probe, before the ascender blasted off from the moon. 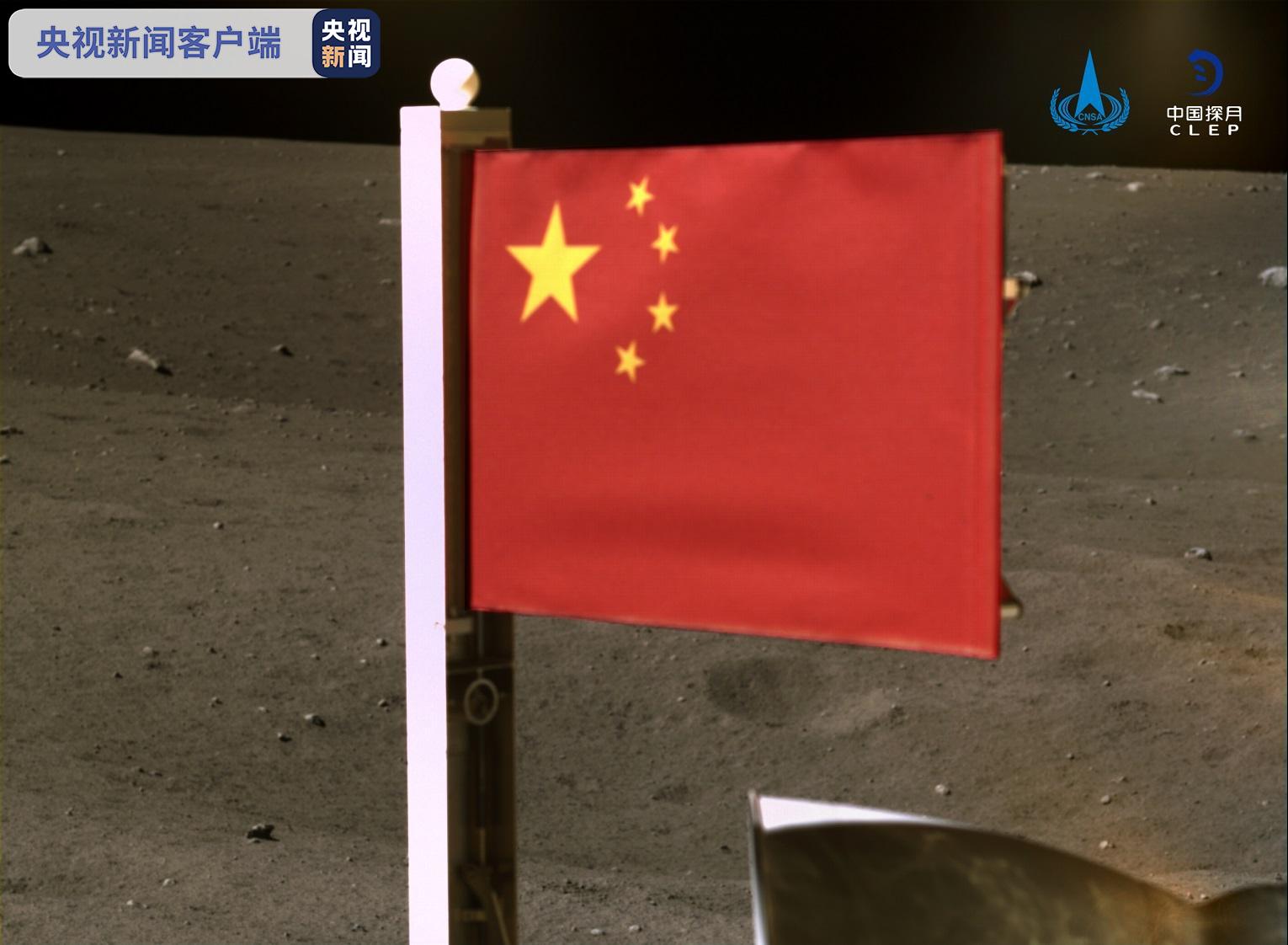 The China National Space Administration releases an image showing China's national flag unfurled from the Chang'e-5 probe on the moon before the takeoff on December 3, 2020. /CNSA

The China National Space Administration releases an image showing China's national flag unfurled from the Chang'e-5 probe on the moon before the takeoff on December 3, 2020. /CNSA

This is the first time that China displayed a fabric-made national flag on the moon. The flag only weighs 12 grams.

In December 2013, the Chinese national flag, which was presented in the form of spacecraft's coatings, was recorded in pictures from the spacecraft's lander and its rover Yutu-1 took for each other.

In January 2019, the Chang'e-4 lander and rover Yutu-2 brought China's national flag to the dark side of the moon, also in the form of spacecraft's coatings.

Unlike the flags in previous lunar missions, the flag on the Chang'e-5 was made of fabric, marking another breakthrough for the country's moon exploration program.

It took the flag team from China Aerospace Science and Industry Corporation Ltd. more than a year to find a suitable material that could stand the harsh environment and be dyed in China's vivid national colors. After being rolled up, the fabric will not stick together in temperatures ranging from 150 degrees Celsius to 150 degrees below zero.