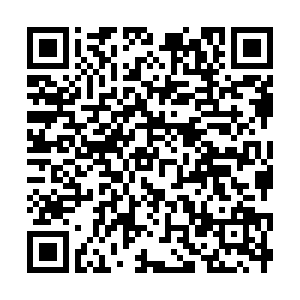 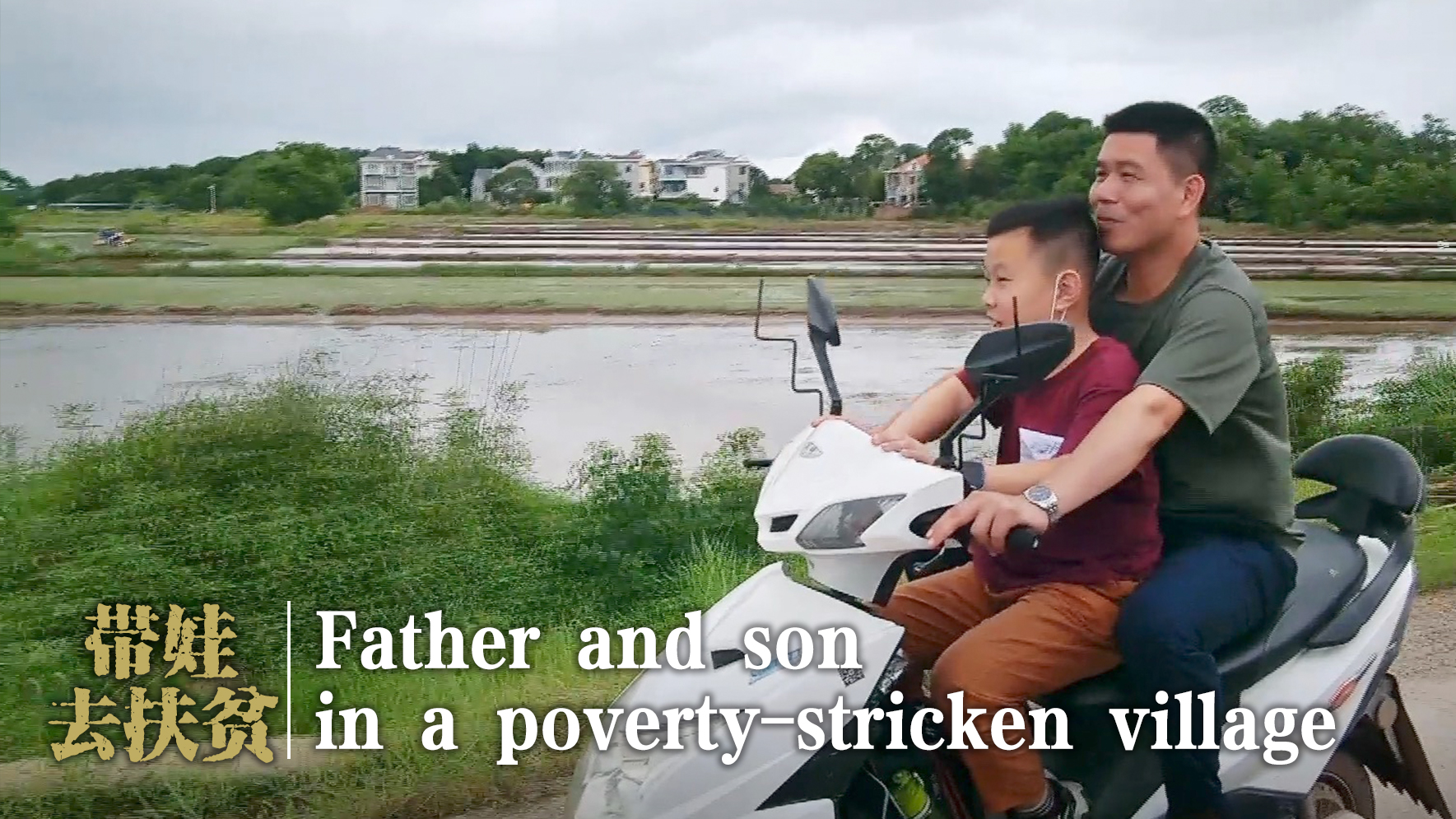 One makes many choices in life – some are easy and others difficult. Choosing life in a prosperous city over a poor mountainous village with harsh conditions seems to be an easy choice, but a Chinese man chose difficulty over convenience. But why? 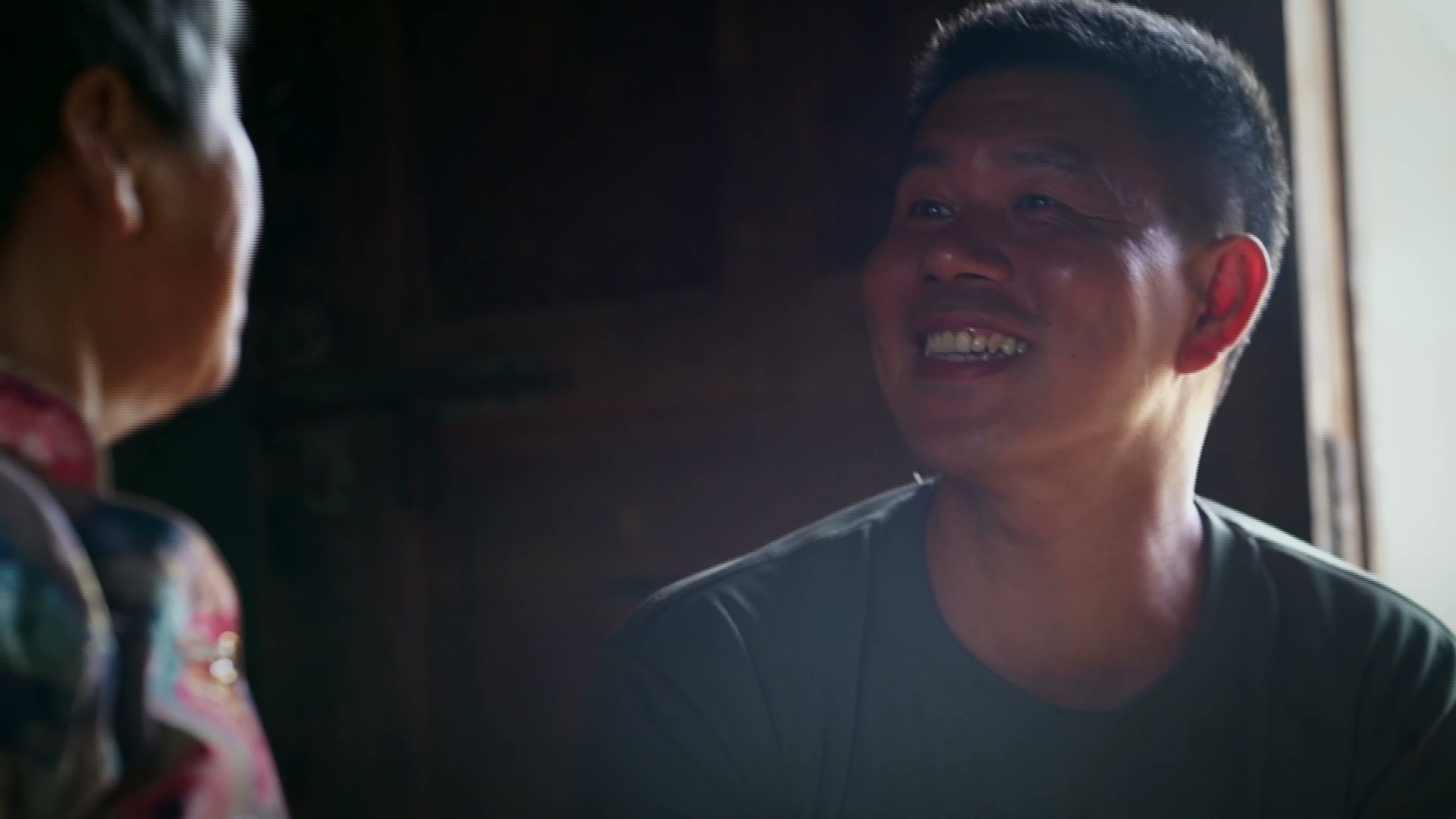 It is the third time Guan is serving at the grassroots. At the beginning of 2020, when schools were closed due to COVID-19, Guan brought his son with him to the village. 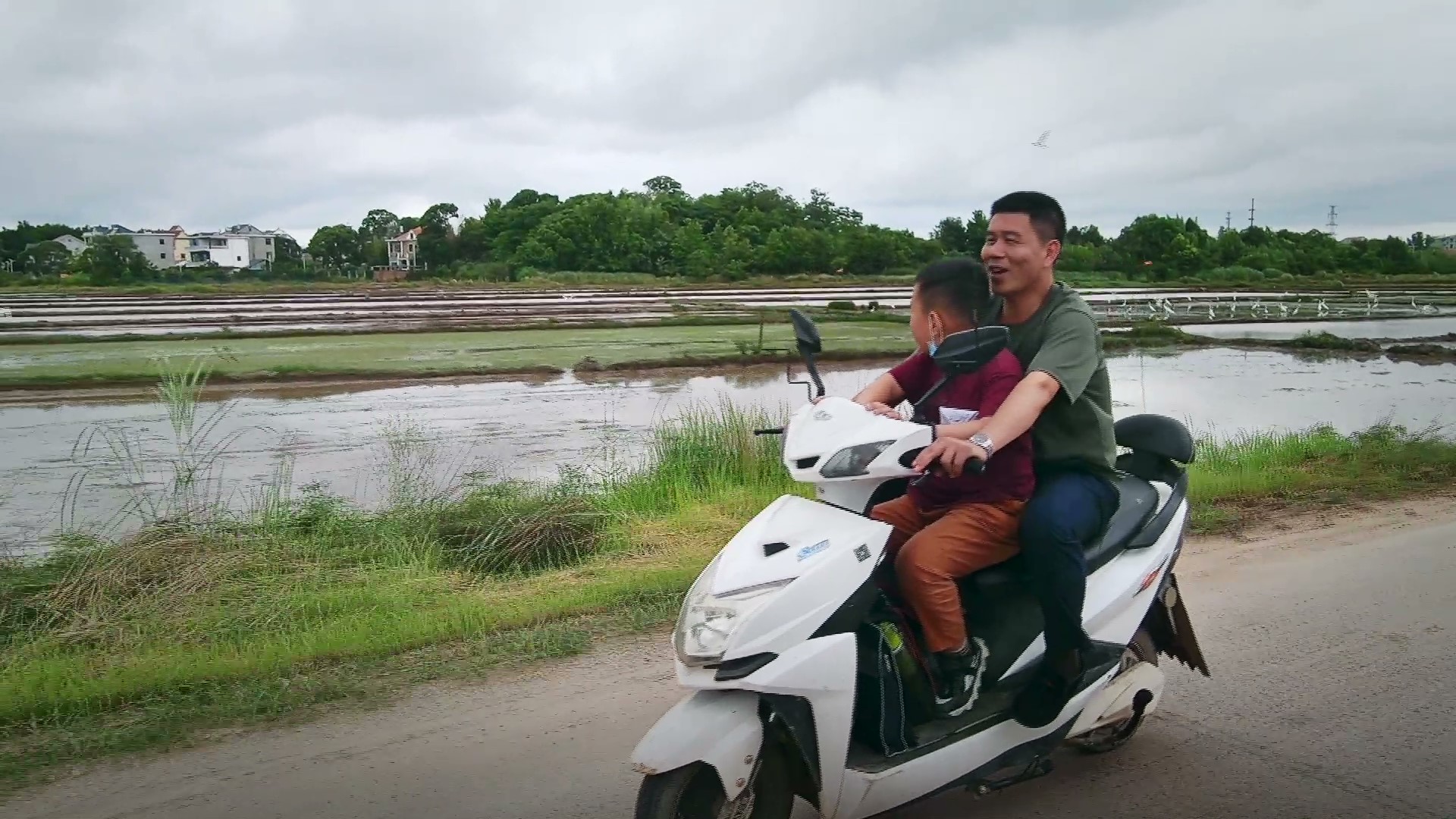 Guan and his son ride an electric vehicle. /CGTN

Guan and his son ride an electric vehicle. /CGTN

Today, as per usual, Guan gets up before dawn and plans three things to do for the day. After washing up, Guan and his son get on an e-scooter to begin their first task. 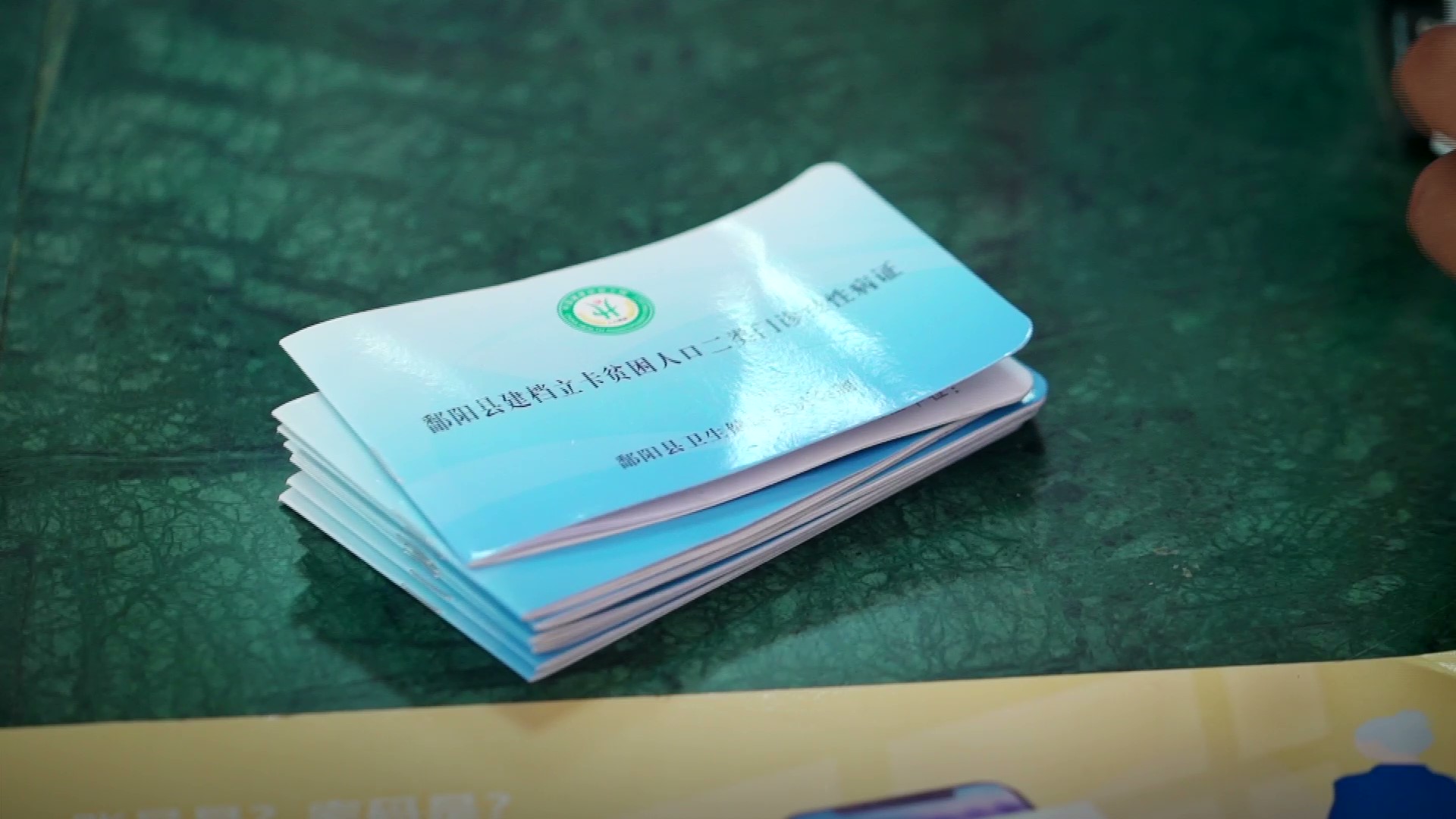 A certificate for chronic disease. /CGTN

A certificate for chronic disease. /CGTN

Before handing out the reimbursement cards, Guan learned everything about what they entail. Having worked for 15 years, he knows what the policy means for poverty alleviation.

Illness and disability are major reasons of poverty. Before the medical policy was implemented, many people chose not to go to hospitals, which led to worsening conditions. Some eventually lost the ability to work, making it harder to shake off poverty. 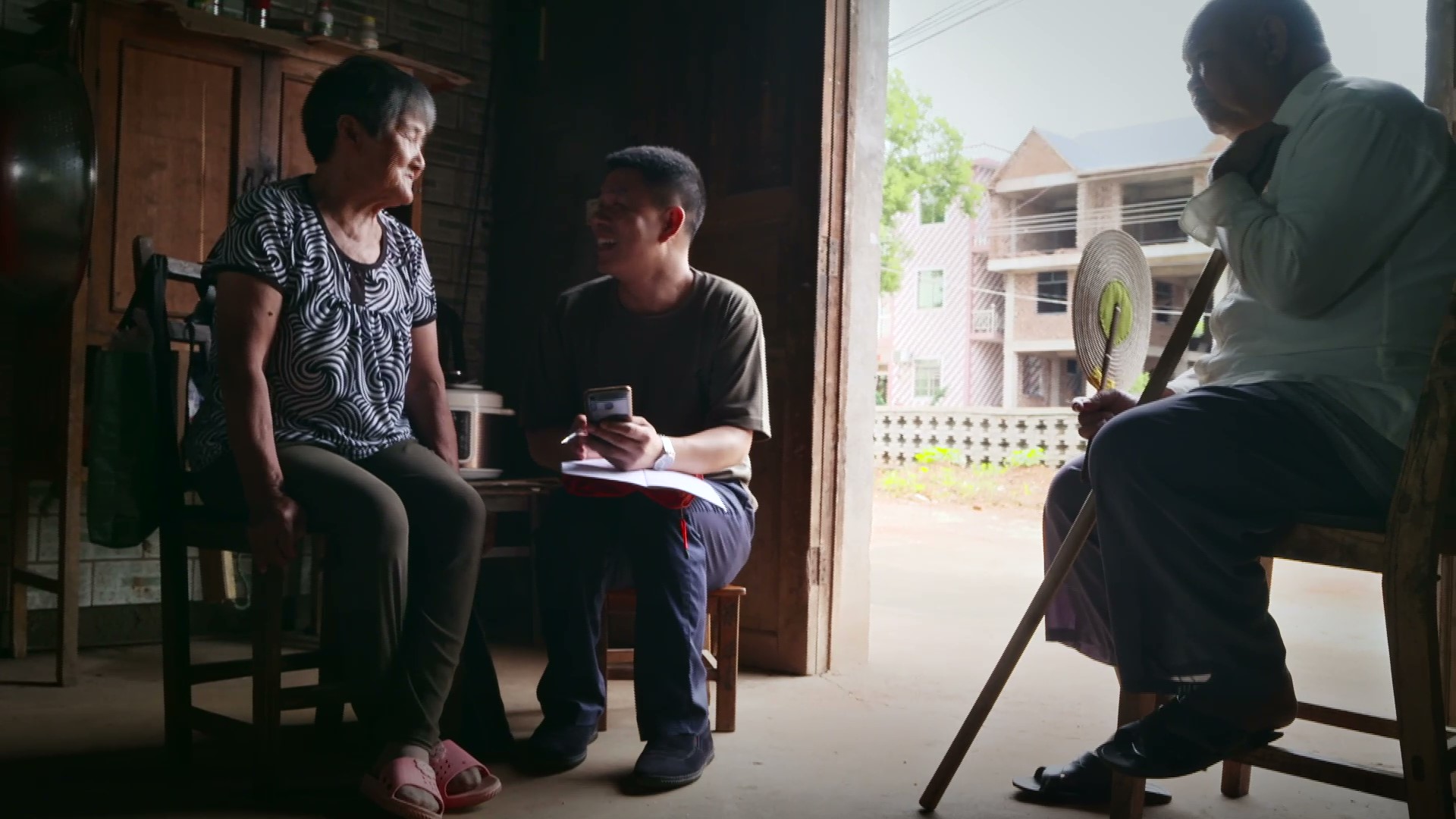 While handing out the cards, Guan explains how to use them. The villagers look forward to meeting him because to them he is not just a leader, but more like a family member who genuinely cares for them.

"Especially the elderly who have few people around, they are happy to see us. We talk about good things in life, making them feel comfortable and remembered," said Guan. 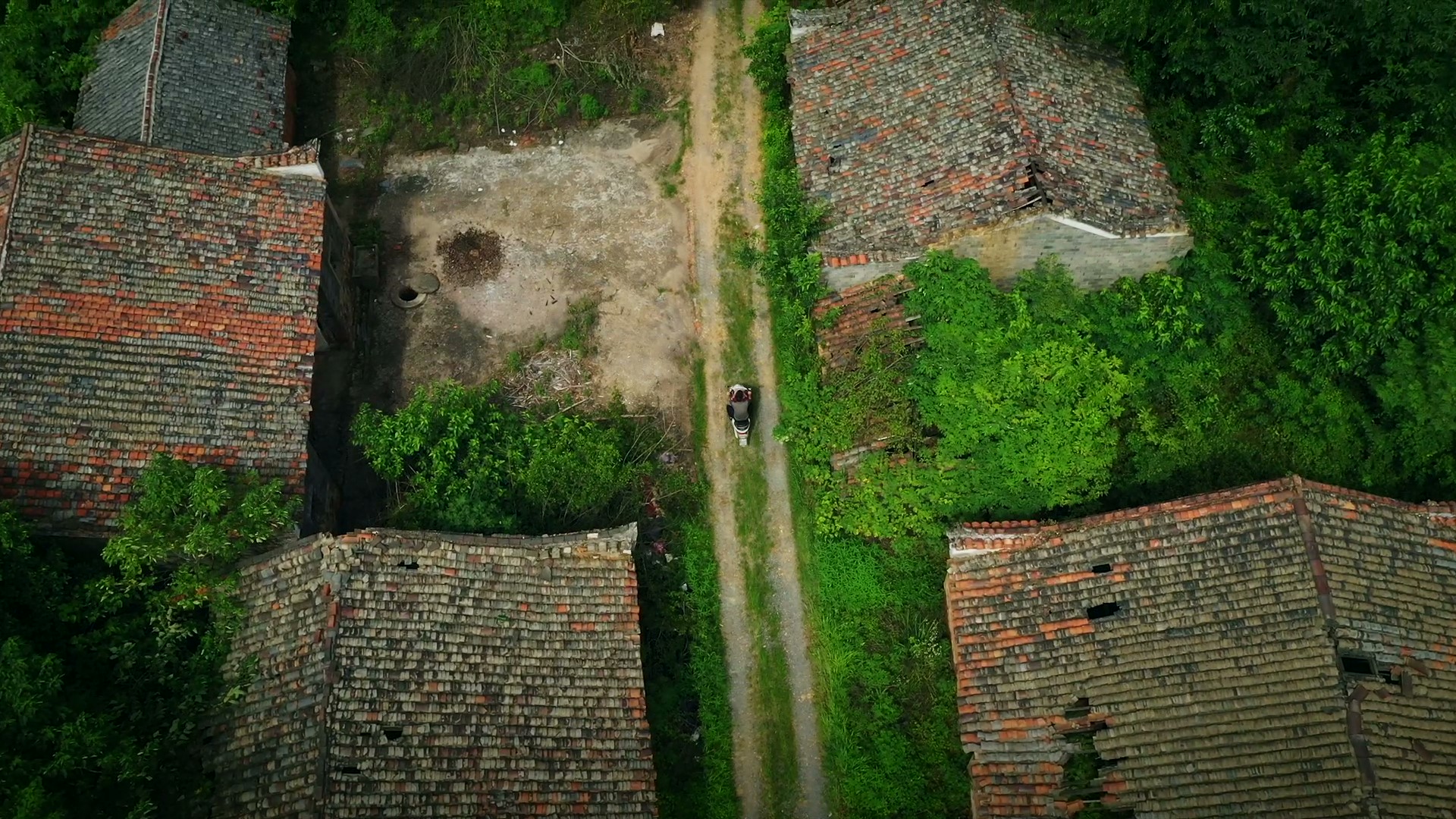 A path in Zhanqian Village. /CGTN

A path in Zhanqian Village. /CGTN

Due to the COVID-19 pandemic, the poultry industry has been suffering a setback in sales. Guan takes farmers' ducks and eggs and goes around selling them on his motorcycle. He's determined to help the poor households. He knows what money means to them. 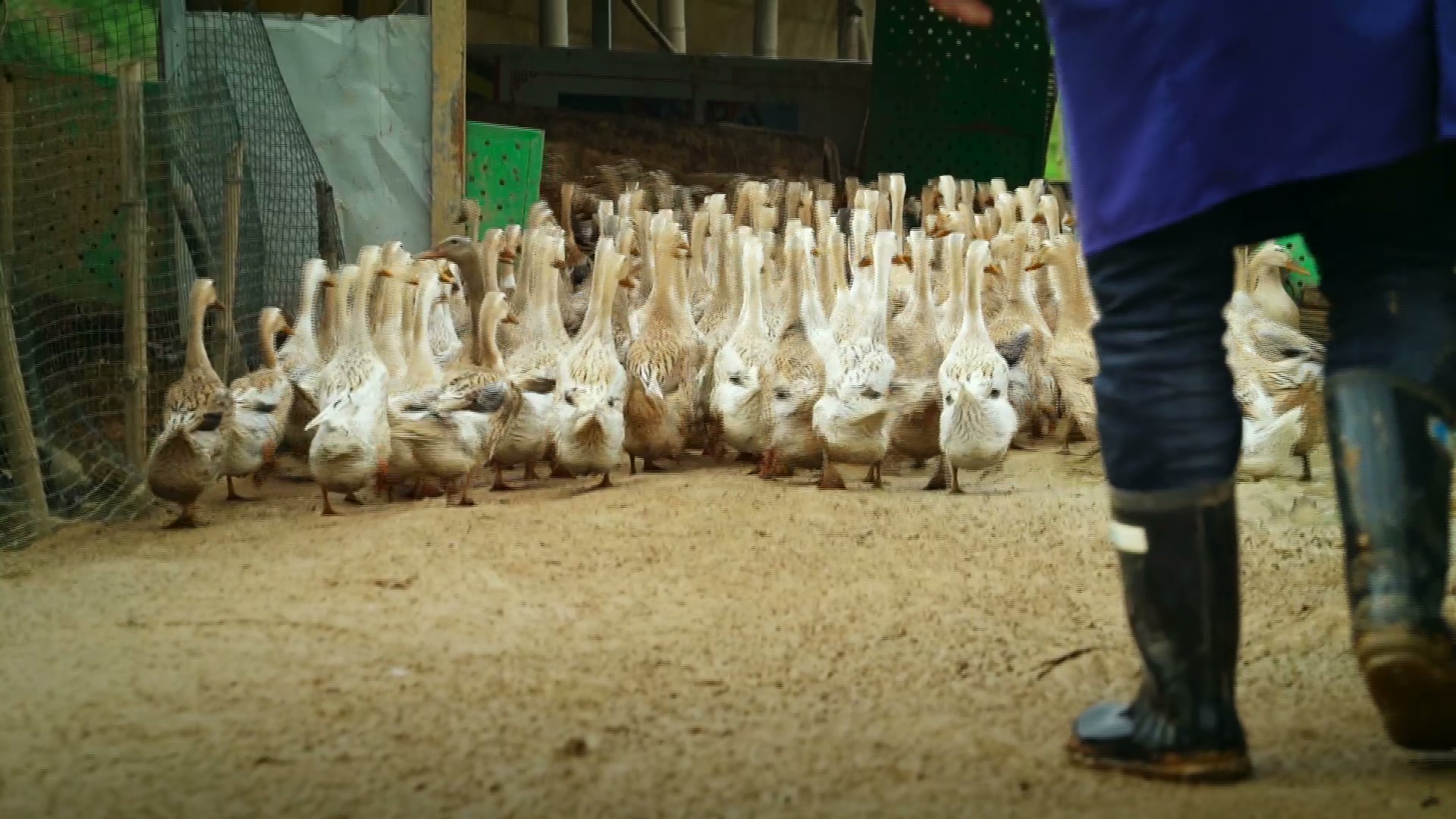 Due to COVID-19, the poultry industry has been suffering a setback in sales. /CGTN

Due to COVID-19, the poultry industry has been suffering a setback in sales. /CGTN

In one such household, a villager's wife got seriously ill a few years ago. Spending on her treatment wiped out almost all their savings. They didn't even have the money for food. The poverty alleviation cadres helped them borrow 50,000 yuan to raise ducks so that they can sustain a living.

Guan has been helping this family with the sales. After many setbacks, he finally made a deal, and before long, a buyer contacted the household and bought a batch of ducks. 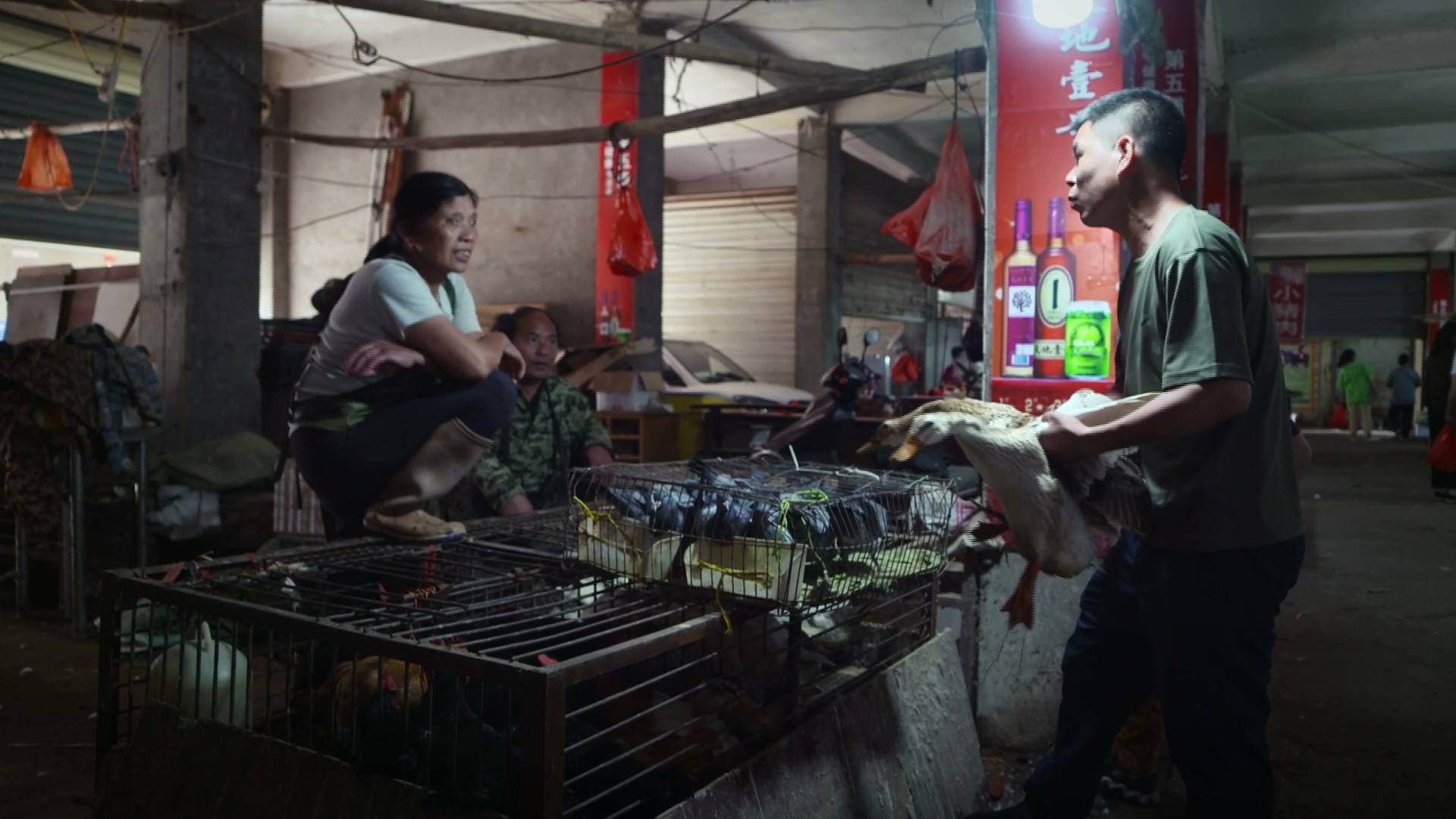 Guan is determined to solve the problem for the poor households. /CGTN

Guan is determined to solve the problem for the poor households. /CGTN

It's getting cold, making the greenhouse is very important. Guan borrows a car to buy the film in Poyang County. 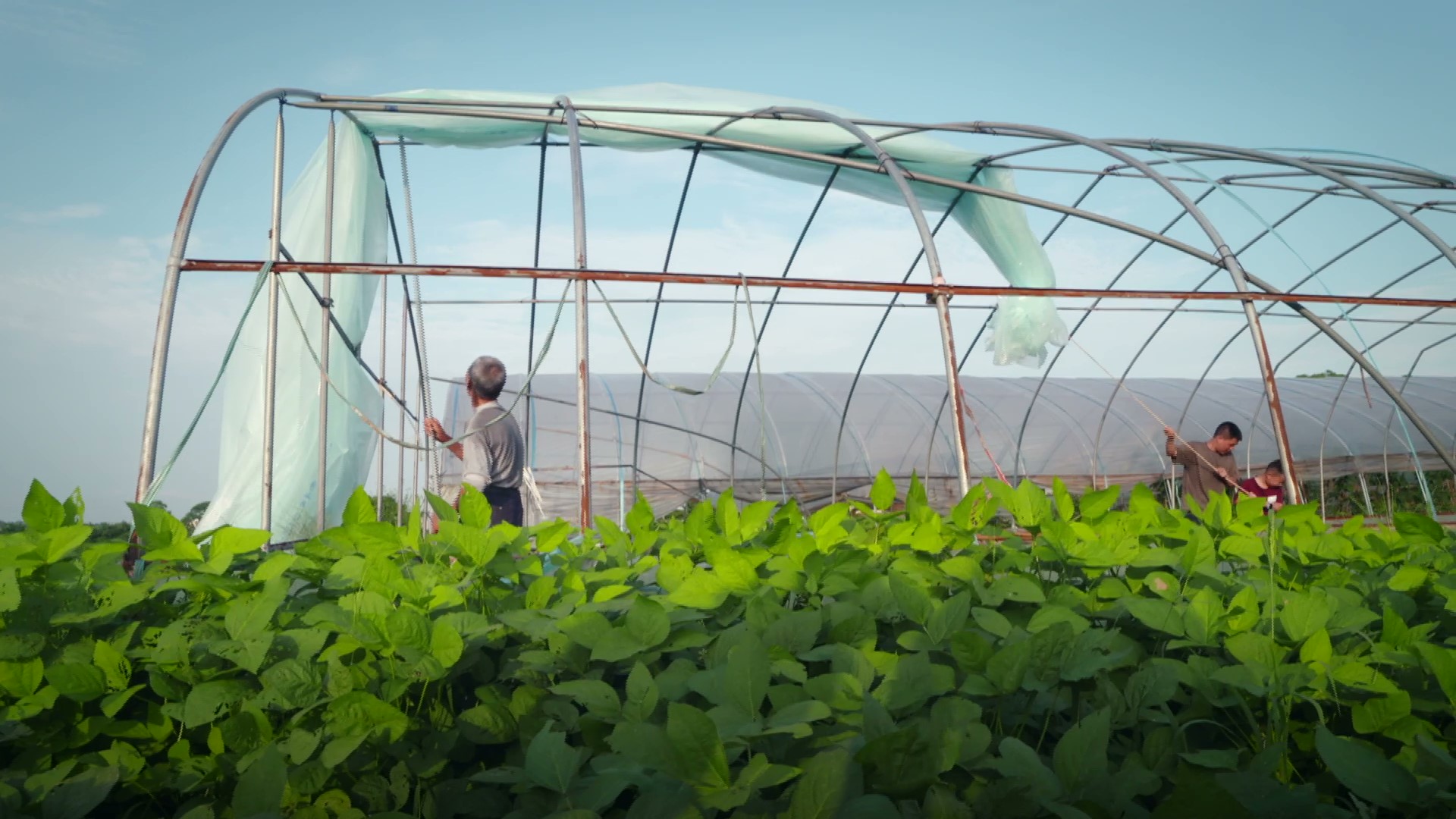 The greenhouse helps retain heat in the garden bed. /CGTN

The greenhouse helps retain heat in the garden bed. /CGTN

There are a lot of trivial matters that require the cadres to get involved. It may seem easy to buy the film, but the poor households can't go to distant markets on their tricycles.

"They are afraid of troubling us, so sometimes they tell us nothing. Most of the time, we have to visit and talk to them actively, before they speak out about their difficulties in life," said Guan. 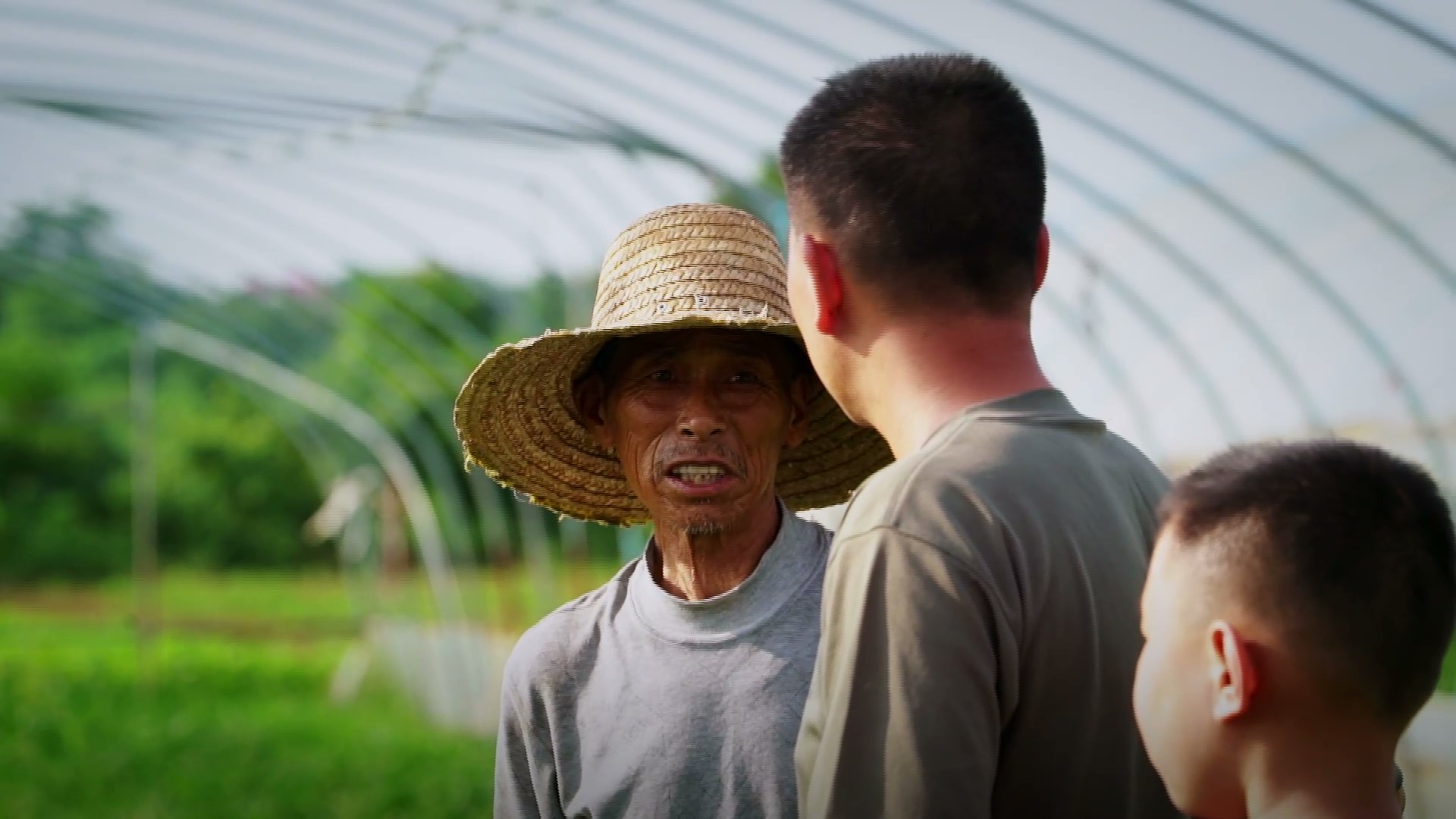 Guan speaks to a villager. /CGTN

Guan speaks to a villager. /CGTN

After a whole day of work, Guan returns to the village with his son. "Working" with his father, his son, who is still in elementary school, has picked up many local dialects. According to Guan, poverty alleviation is tough but important. "Helping the villagers get out of poverty gives me a fulfilling life. When I take my son along with me, I feel at ease," said Guan.

By June 2020, all the poor households had been lifted out of poverty. Guan and his son still live in the village, making efforts to prevent the poor families from falling back into poverty.