From the Soil: From ancient tea-boat waterway to New Silk Road
In the Field 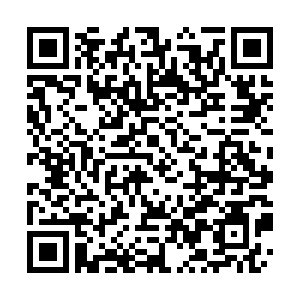 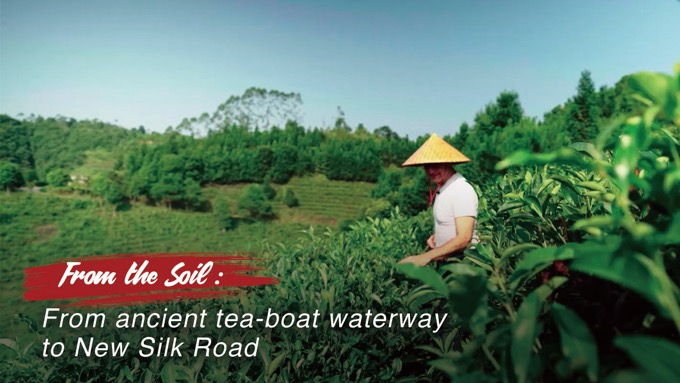 Editor's note: China is on track to eradicate absolute poverty by the end of 2020. What's next? In the video series "From the Soil," CGTN has invited development experts to China's rural regions to investigate the methods used to reduce poverty and examine whether they can inform global poverty alleviation work. In the eighth episode, Mario Cavolo, a senior fellow at the Center for China and Globalization, goes to Wuzhou to investigate how an ancient tea-boat waterway has been revitalized. The views expressed in the video are his own and not necessarily those of CGTN.

In the past, the Liubao tea farmers used this river to transport tea into Wuzhou City, south China's Guangxi Zhuang Autonomous Region. This whole waterway was called the Chachuangudao – a waterway for tea trade. Liubao tea emerged in the Tang and Song dynasties (618-1279) and flourished during the Ming and Qing dynasties (1368-1911). It is reputed for its unique features: dark color, strong flavor, years of preservation and mellowness.

In the Qing Dynasty (1644-1911), Liubao tea began to be transported from the trunk waterway in Wuzhou to south China's Guangzhou via Liubao, Dong'an, Hejiang and Xijiang rivers. And then it was taken to central China's Nanyang and other parts of the world, becoming one of the major commodities on the Maritime Silk Road.

However, as time passed, more convenient means of transportation came along and replaced the waterway trade. The ancient tea-boat waterway gradually went into a decline. The annual output and sales of Liubao tea dropped from about 1,500 tonnes to 197.5 tonnes, while the number of impoverished households went up to 760 with 2,863 people.

My name is Mario Cavolo. I have lived in China for over 20 years. This is my first time in Liubao Town of Wuzhou. I wonder how the town rose and fell because of its waterway, and how poverty alleviation was encouraged. Visiting the village allowed me to better compare the differences between the poverty alleviation models of the U.S. and China. 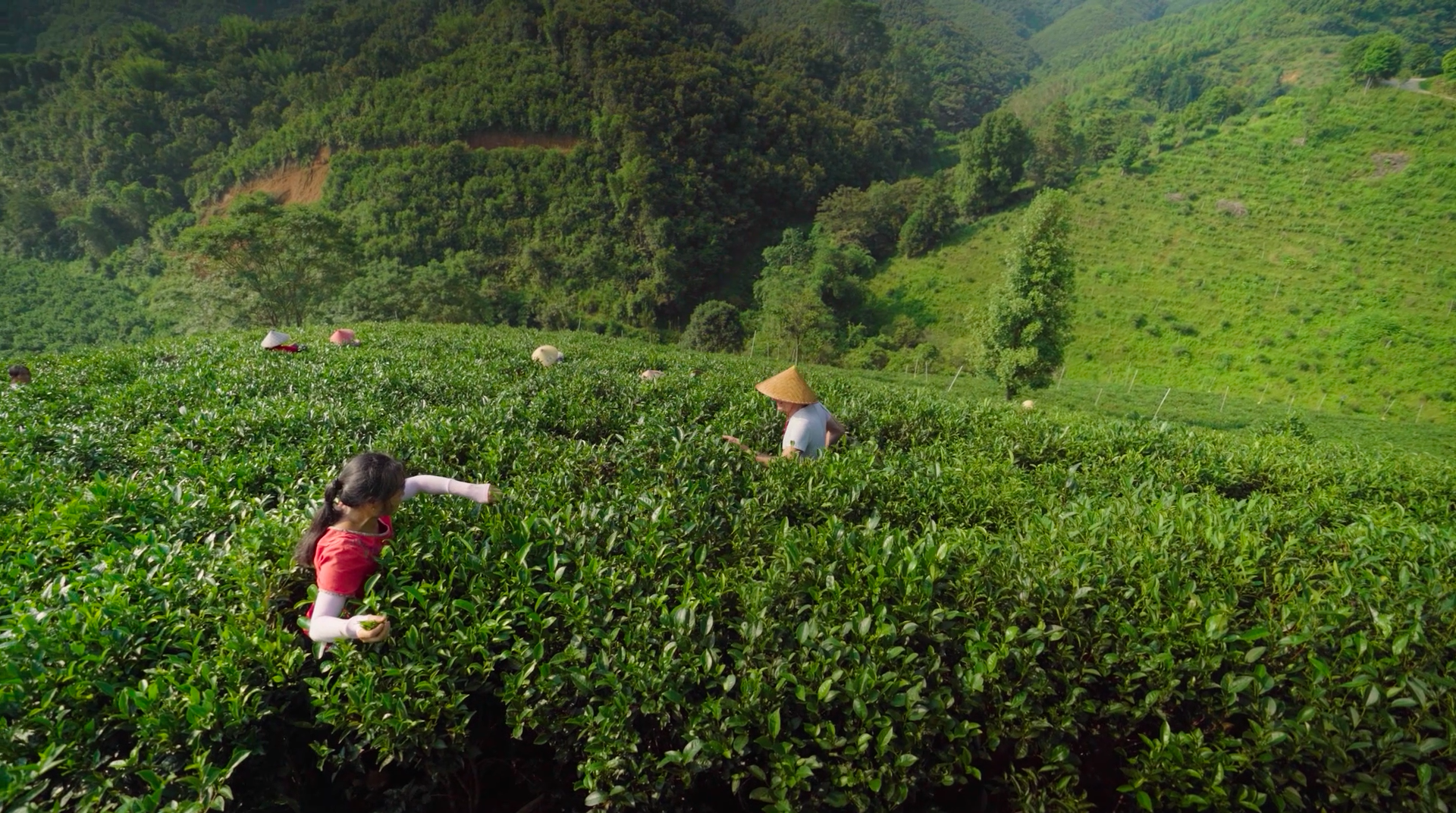 Tangping, a village where every household used to grow Liubao tea, has outstanding mountains, water and soil. However, over a decade ago, due to limitations such as geographical location, the decline of waterways and marketing channels, tea farmers gave up growing Liubao tea and fell into poverty.

Wei Jiequn is the inheritor of the intangible cultural heritage of the traditional craftsmanship of Liubao tea. She has stuck to the original style of making tea by hand for six decades. Shi Rufei is the daughter of Wei Jiequn. She has inherited the traditional skills as well.

"So we keep the most original hand-making skills of Liubao tea. In the early stage, firewood was used to roast the tea, and charcoal was used to dry the tea in the later stage," she introduced the technique while demonstrating it to me.

With the support of the government, the model of combining intangible cultural heritage with hand-roasted tea has been recognized by the market. Despite the small scale, the villagers helped each other to adopt a brand sharing strategy.

Liang Jiayi is a member of the tea cooperative of Master Wei. He has managed to support his family by joining the cooperative.

Right here, we're following Master Liang to the Baji Tea Mountain. Due to insufficient green tea production by the cooperative, most tea factories in Wuzhou cooperate with tea farmers based on the tea plantation. The tea industry is growing at the same time, and tea farmers are being helped out of poverty.

As a state-owned leading enterprise with over seven decades of history, Wuzhou Tea Factory has pioneered the introduction of new Liubao tea technologies. Having revitalized following the government's policy support, the factory is actively contributing to poverty alleviation.

Wuzhou Tea Factory provides 20 tonnes of organic fertilizer to tea farmers for free each year. Quality tea seedlings are distributed to impoverished households, which have received training on tea growing and maintenance and tea-making technology, thus drawing more and more villagers, who had left to work as migrant workers back to the village.

The local government, through vigorous efforts of almost a decade, expanded production to an industrial cluster with about 86 square kilometers of tea plantations and a total output of over 20,000 tonnes, worth over 3 billion yuan, and a general output value of over 8 billion yuan. 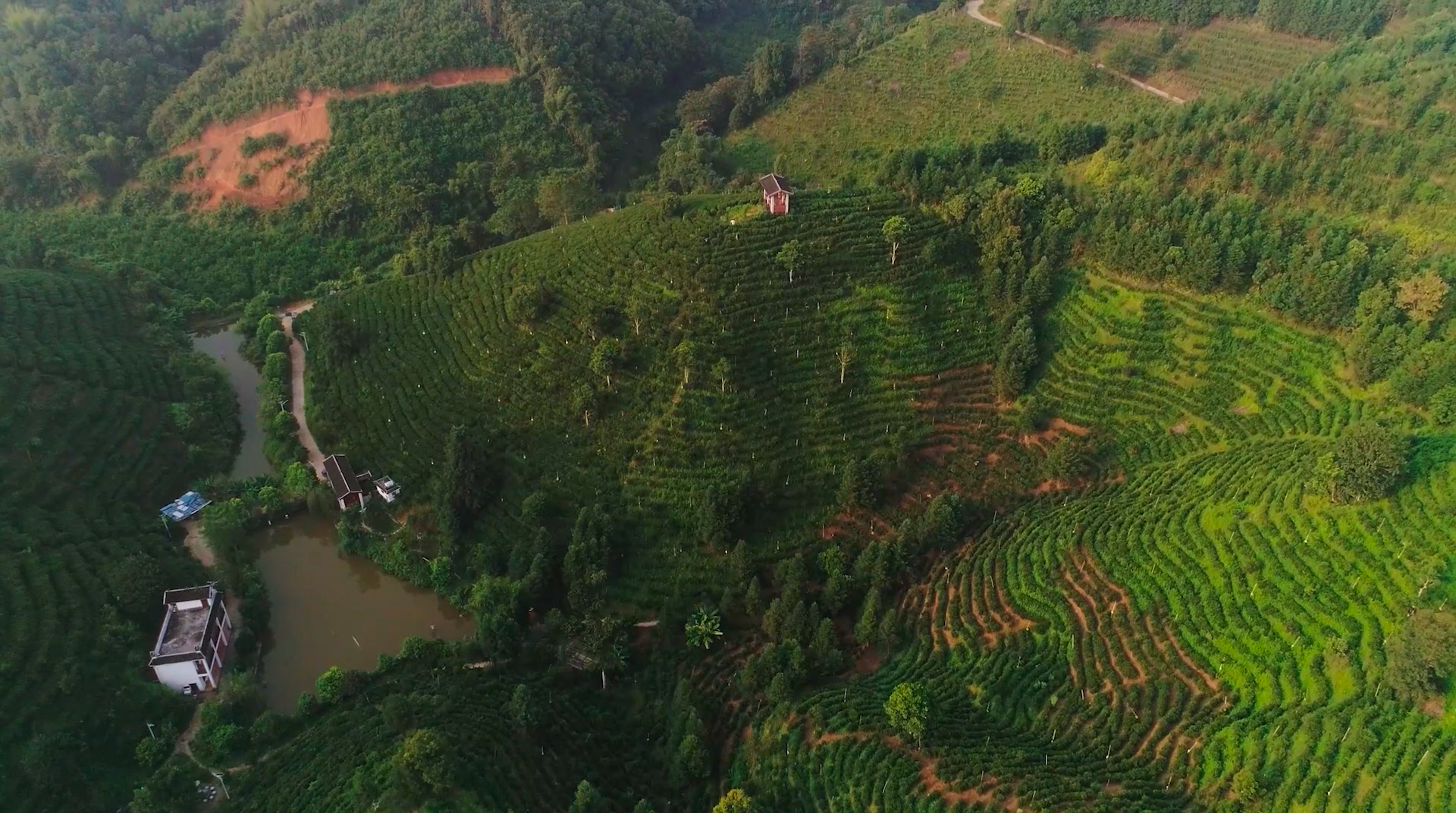 An aerial view of the tea plantation.

An aerial view of the tea plantation.

Poverty alleviation doesn't happen overnight, and the most challenging task is to prevent a relapse.

For instance, three decades ago, the incidence of poverty in the U.S. was 15 percent. However, today 600,000 Americans are homeless. In Los Angeles alone, the figure exceeds 60,000. This isn't because the U.S. government didn't attempt to alleviate poverty. Generous official and private donations have been made, while many poverty alleviation projects have also been launched, but it's difficult to prevent the beneficiaries from relapsing into poverty, hence the vicious cycle of poverty alleviation and relapsing into poverty continues.

However, take Liubao tea for example, being government-led doesn't mean full state financial support. Instead, it's with social participation while being self-reliant and with all-round development. I've made a major discovery in Wuzhou: the Alibaba Vault.

Like wine, dark tea increases steadily in value as it ages and a large tea storehouse is like a vault.

Dr. Ma Shicheng is a dedicated senior tea manager. He's among the first Chinese-educated tea doctors. After many years of experience, Dr. Ma leads his team and promotes the protection of this traditional industry of Liubao tea as well as the financial industry's systematic development.

"Liubao Tea possesses the attributes of culture, health and investment and will be more valuable with time. We've built a common tea storehouse, and the tea's value will increase each year. In addition, major banks do regard the value of your tea as a legitimate asset that may act as loan collateral," said Dr. Ma.

We witnessed the success of investment in such tea-storage banks where thousands of tonnes of tea, starting in quantities of around 10 kilos, are meticulously stored in a controlled environment, increasing in value by 15 to 20 percent per year. Encouraged by Liubao Tea Industry Promotion Office of Wuzhou, the financial attributes of aged Liubao tea have been uncovered with the foundation of the tea bank.

Wuzhou has staged global promotional campaigns for the tea-boat waterway in seven countries along the Belt and Road Initiative, such as Malaysia and Indonesia, and around two-dozen Chinese cities. The participating enterprises have received in total over 100 million yuan worth of orders.

A small piece of tea-leaf has become the supporting point of the Archimedes' lever that is reviving Liubao Town and even Wuzhou as a whole.

Here's the largest key hydraulic project of the Xijiang River. The expansive confluence of the three rivers stretches for 200 kilometers along the golden waterway. Over the last decade, the sea-freight capacity grew from 39 million tonnes to 145 million tonnes.

Learning about the modern day water locks of the Xijiang river, stepping back in time up in the charming Liubao tea fields, our Wuzhou adventure from the soil to the river remembers the past, reveals the present and encourages a bright future.