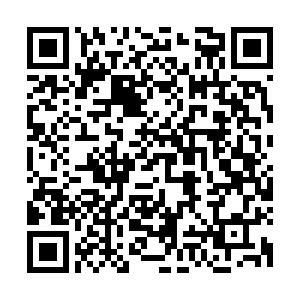 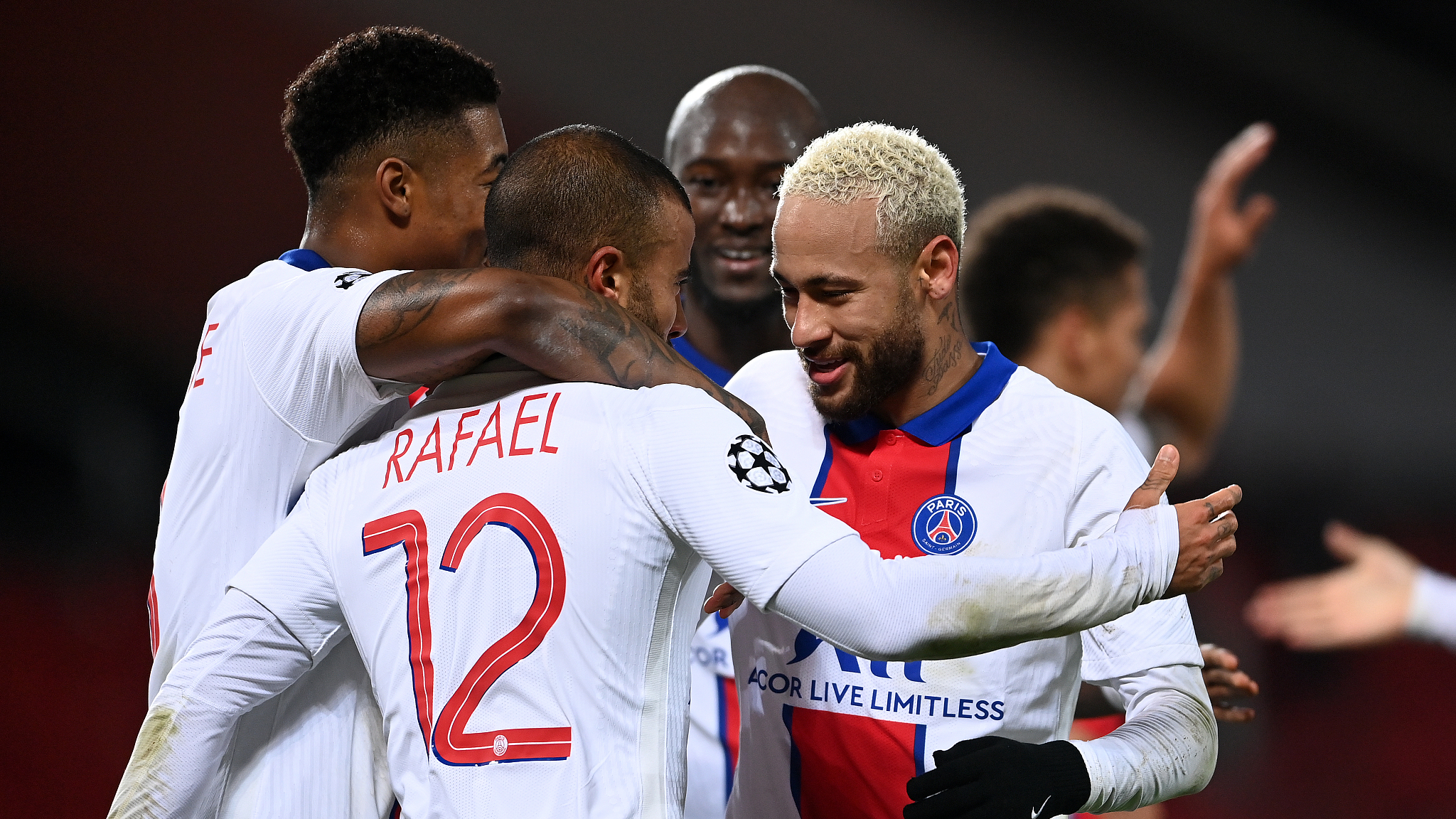 United, PSG and RB Leipzig are all on nine points heading into next week's final round of games in which the English side go to the German club and the French champions host Istanbul Basaksehir.

United knew a point would be enough to secure a place in the last 16 and they really should have wrapped the game up well before Marquinhos put PSG 2-1 up in the 69th minute and Fred received his marching orders a minute later.

It was surprising Fred was still on the field by that stage having received only a yellow card following a VAR review of an off-the-ball head-to-head clash with Argentine Leandro Paredes.

The pair were involved in a strong challenge later in the first half for which the Argentine was booked but despite having plenty of options on the bench, United manager Ole Gunnar Solskjaer decided against substituting Fred, a costly mistake.

Neymar fired PSG into a sixth-minute lead after a Kylian Mbappe shot was deflected and fell kindly to the former Barcelona forward who drilled the ball into the bottom corner.

United drew level in the 32nd minute through a Marcus Rashford shot which deflected off the outstretched leg of Danilo to beat PSG keeper Keylor Navas.

United created several good chances after the break but failed to go ahead.

After good work from Edinson Cavani and Rashford down the right, Anthony Martial fired over the bar from a promising position.

Cavani was sent through and launched an audacious chip over the advancing Navas but the ball struck the crossbar – Martial's follow up shot was brilliantly blocked by Marquinhos.

The Brazilian defender struck the bar himself with a looping header over David De Gea and the Spanish keeper pulled off a great save to keep out a low shot from substitute Mitchel Bakker.

Then came the minute that changed the game – a half-cleared corner rattled around the box before it was poked in by Marquinhos.

Fred was dismissed after a foul on ex-United midfielder Ander Herrera as things fell to pieces for the home side.

Paul Pogba was thrown on and went close with a superb volley from outside the area but as United threw men forward they left holes at the back.

Mbappe powered through with a speedy run from deep but side-footed wide before the outcome was settled when Rafinha set-up Neymar for a simple tap-in.

PSG now have the head-to-head advantage over United and the easier task on paper next week while Solskjaer's men have plenty to do in Leipzig. 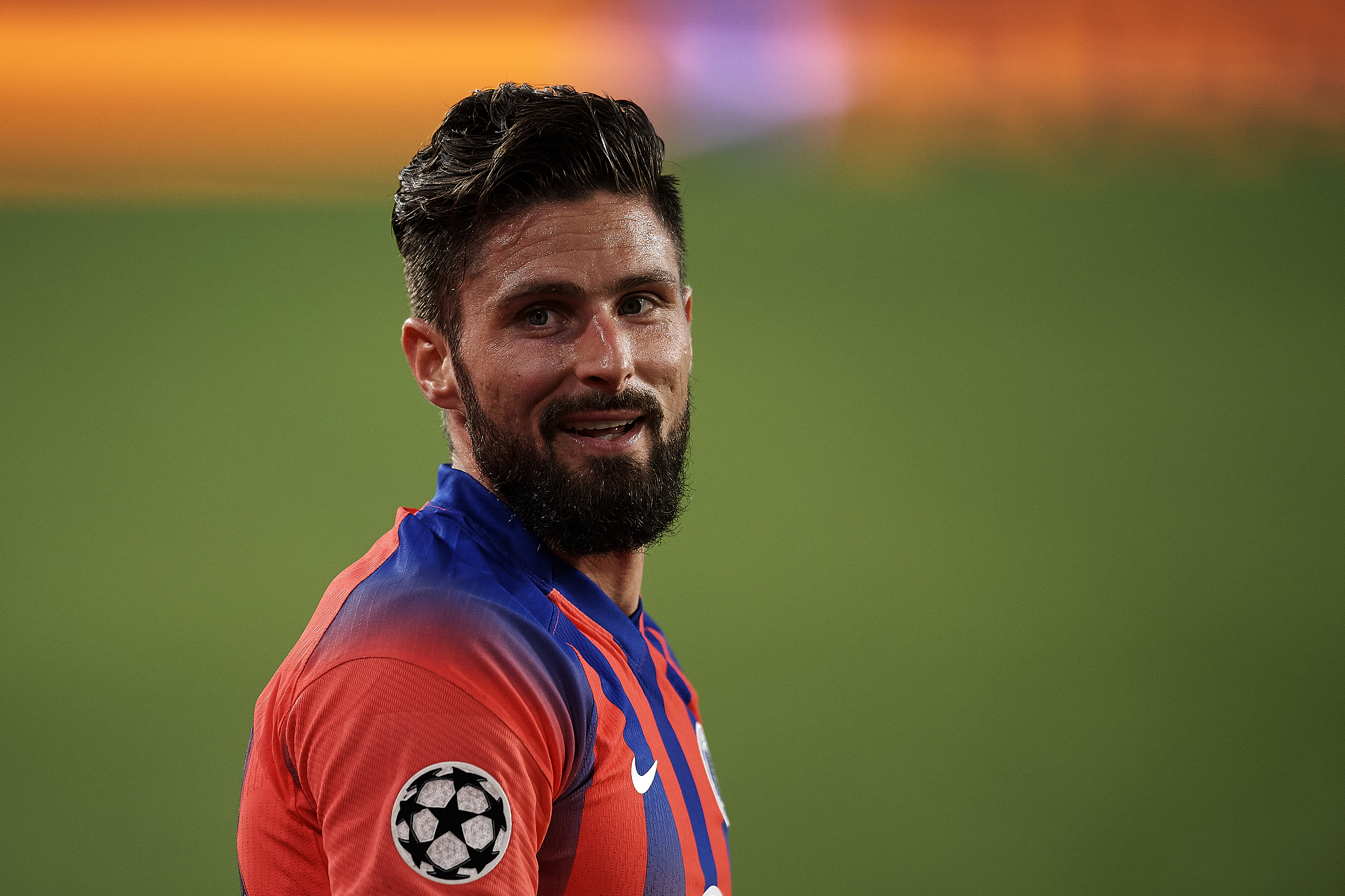 The 34-year-old striker is the oldest player to score a hat-trick in the competition since Hungarian great Ferenc Puskas in 1965 for Real Madrid against Feyenoord.

He is also the first player to net four times in a Champions League match since Cristiano Ronaldo against Malmo five years ago.

Both teams were already qualified for the last 16 before kick-off, but Giroud made the most of a rare start, scoring with his left foot, his right foot and his head to see Chelsea through as group winners, also slotting in a penalty.