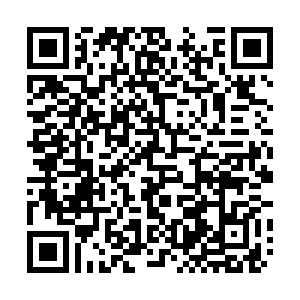 Athletes competing at the postponed Tokyo Olympics next summer will be tested every four to five days even if they do not show symptoms, according to an interim report released by the organizers on Wednesday.

The panel, consisting of the Games' major stakeholders including the Tokyo 2020 Organizing Committee, the Japanese government and Tokyo Metropolitan Government, discussed further guidelines for how the Japanese capital plans to host the rearranged Games next year.

While athletes arriving for the Games will be exempt from the 14-day quarantine instructions applied to current visitors to Japan, they will need to provide a negative COVID-19 test taken less than 72 hours before arriving and will be tested "every 96 to 120 hours" during their stay at the athletes' village.

More than 15,000 athletes are expected in Tokyo for the Games, which will begin on July 23, with the majority staying at the athletes' village as it has been equipped with facilities to test athletes and analyze the results.

Organizers encourage athletes to spend less time in Tokyo than they usually would.

"We want to be considerate to the athletes, so the village doesn't get too dense," Tokyo 2020 CEO Toshiro Muto told reporters after the talks. "After the Games are finished, we want the athletes to go back home as early as possible."

Japanese media Nikkei claimed earlier this week that "large-scale" numbers of overseas visitors will be allowed into Tokyo for the Games.

According to the report however, Japan is still considering allowing the attendance of spectators from overseas, and the final decision on whether to admit overseas fans will come out by spring next year after taking into consideration of the pandemic situation.

At the same time, it is likely that spectators from abroad will be asked to download a contact-tracing smartphone app and report on their health.

According to Muto, the report was crafted with the premise that the Games can be held even without effective vaccines.

"Regarding the vaccine, just recently we have started to see positive news but at the moment it is not available yet," he said. "What might happen, what could happen, it is unclear... so we are working under the assumption that the vaccine isn't available."