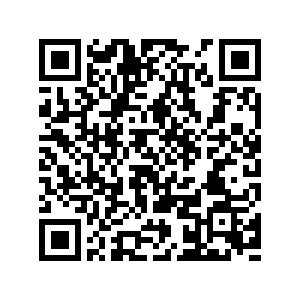 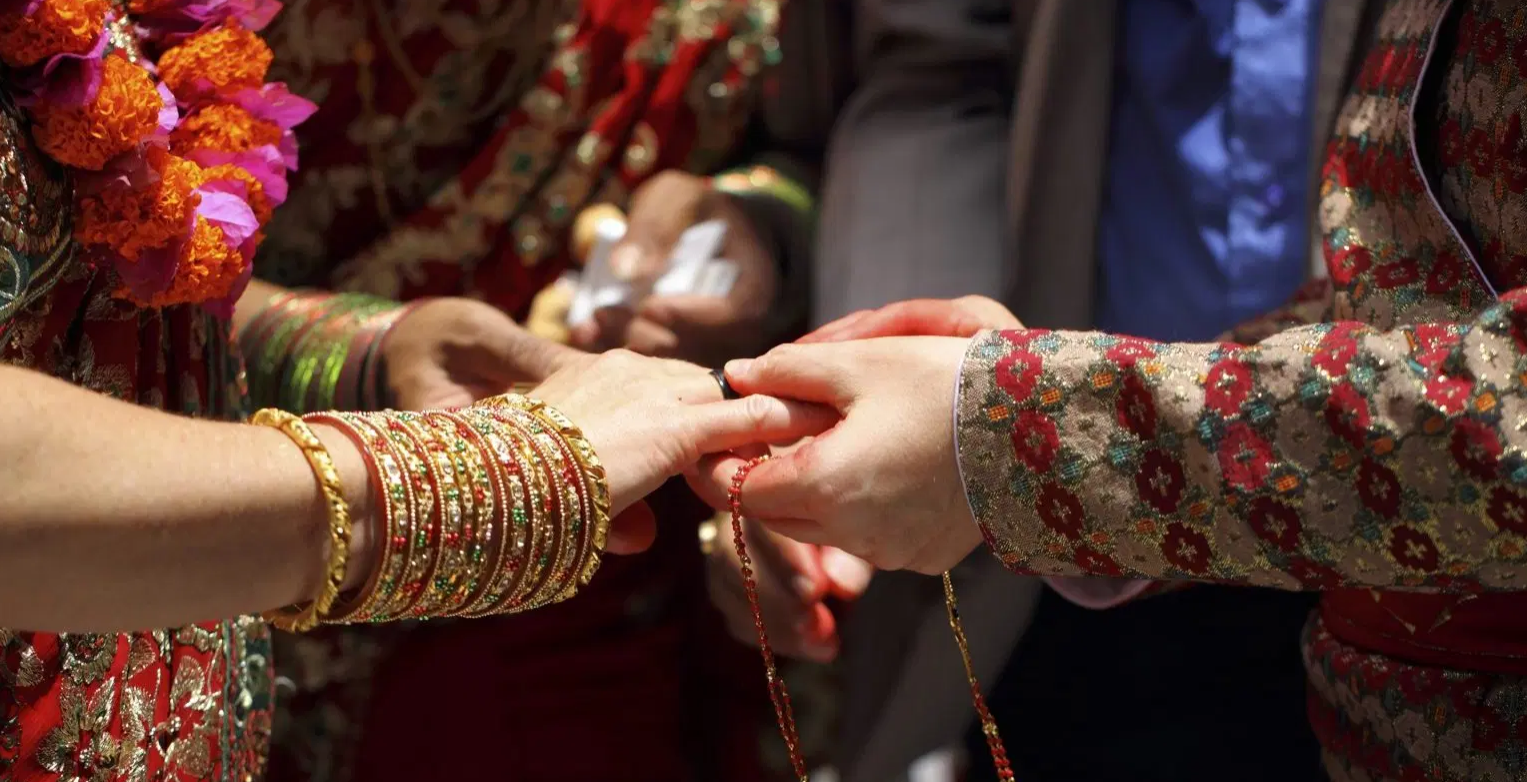 "Love jihad is a calculated agenda of invasion on the demographics," said Alok Kumar, central working president of the Vishva Hindu Prishad (VHP), at the launch of the "love jihad" issue of its fortnightly mouthpiece in September. The special edition listed 147 so-called "love jihad" case studies, exhorting "the police, government and society to remain on guard and come together for timely action to deactivate and neutralize it." The VHP is a member of the Sangh Parivar, an umbrella term for arch-conservative Hindu nationalist organizations affiliated with the Rashtirya Sawyamsevak Sangh (RSS) – the century-old ideological parent of India's ruling Bhartiya Janata Party (BJP).

On November 25, Yogi Adityanath, the Hindu-monk chief minister of India's most populous state Uttar Pradesh, acted on the clarion call. His cabinet promulgated an ordinance that proscribes "forceful" religious conversion for marriage and prescribes jail time of up to 10 years for those found guilty.

"Those who hide their identities and play with the honor of our daughters and sisters" must prepare for their funerals, Yogi warned in October, vowing to "stop love jihad in an effective manner."

The new law makes it mandatory for interfaith couples to give two months' notice to local authorities before performing the marriage ceremony. If the officials find no ruse or coercion, the couples will be allowed to convert and marry. Any priest who solemnizes interfaith alliances without government approbation can face imprisonment of up to five years.

Organiser, the official English-language publication of the RSS, describes "love jihad" as a larger conspiracy to trap "unsuspecting" Hindu girls – from lower/middle income groups – in love by Hindu-playing Muslim boys, who coax them into embracing Islam. The aim? Expansion of Islam to outnumber Hindus, it asserts. 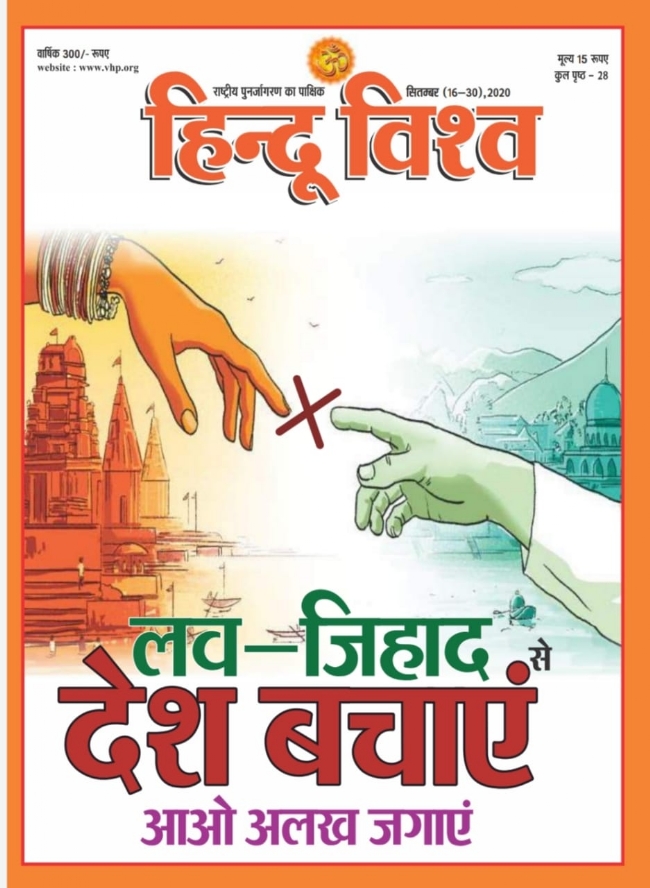 According to Asif Iqbal, who runs a support group called Dhanak for interfaith couples in India, "love jihad is a myth" and the "hidden agenda" of the new law "is to stop inter-religion marriages, that too when the female is a Hindu."

"Until now they were saying that they were not against any legal marriage and were only against hiding of facts, but they have also put on hold the financial assistance that interfaith couples were eligible to under the existing Special Marriages Act," Iqbal told CGTN Digital.

However, the controversial move has a sizable backing. "The love jihad law doesn't stop inter-religion marriages. It simply casts a responsibility on the state to check the bonafides of love by seeking notice and information. Is it desirable? Of course, yes. In fact, it is the duty of the state," Indian author Chetan Bhagat wrote on Twitter.

But Iqbal is concerned that the extension of the notification period from one month under the Special Marriages Act to two months, as per the new decree, would further jeopardize the safety of the already persecuted inter-religion couples by exposing their identities.

"If they give a notice to local authorities, then everybody would get to know. This would lead to harassment, the groups will come and try to pressurize. This is what happens in the Special Marriages Act. The moment they come to know that a particular person is getting married, they come and talk to the family, they intimidate and pressurize them, and ultimately they don't let it happen," said Iqbal.

While sharing his own experience, Iqbal told CGTN Digital that a local government official refused to grant an approval for his marriage to a Hindu girl saying it could create law and order problems. 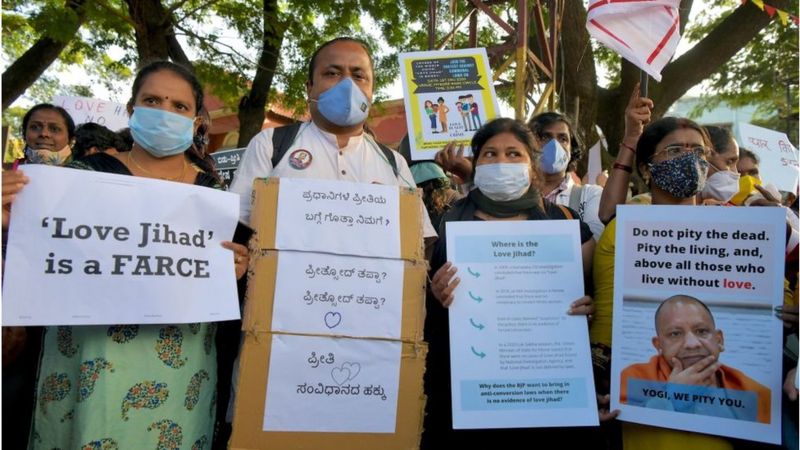 "The term 'love jihad' is not defined under the extant laws. No such case of 'love jihad' has been reported by any of the central agencies," BJP leader and Minister of State for Home Affairs G Kishan Reddy told the lower house of Parliament in February.

A special investigation team was formed in Uttar Pradesh in August to probe 14 alleged cases of "love jihad." Indian news channel NDTV reported last week that couples in at least 50 percent of the cases were in a consensual alliance.

Unsubstantiated claims regarding "love jihad" by a website called hindujagruti.org in 2009 were found to be false during an investigation in southern state of Kerala. The inquiry was closed after Kerala High Court held that "inter-religion marriages could not be seen as a crime."

In 2014, while rubbishing the fears of "love jihad" as baseless, the then chief minister of Kerala Oommen Chandy said that over 2,000 girls had converted to Islam since 2006, but there was no evidence of forced conversions.

Iqbal explained, "Girls opt to convert only when there is an emergency and they have to solemnize the marriage because they have left or eloped. That is the only option they have, that is religious marriage," clarifying that he does not support conversion for marriage though it is the constitutional right of a person to convert at will.

Theater personality and actress Rasika Agashe, who's married to popular Bollywood actor Zeeshan Ayyub under the Special Marriages Act, told CGTN Digital that there's already a provision under the prevailing law to not convert and the children of interfaith couples can choose their religion when they attain the age of 18 years. 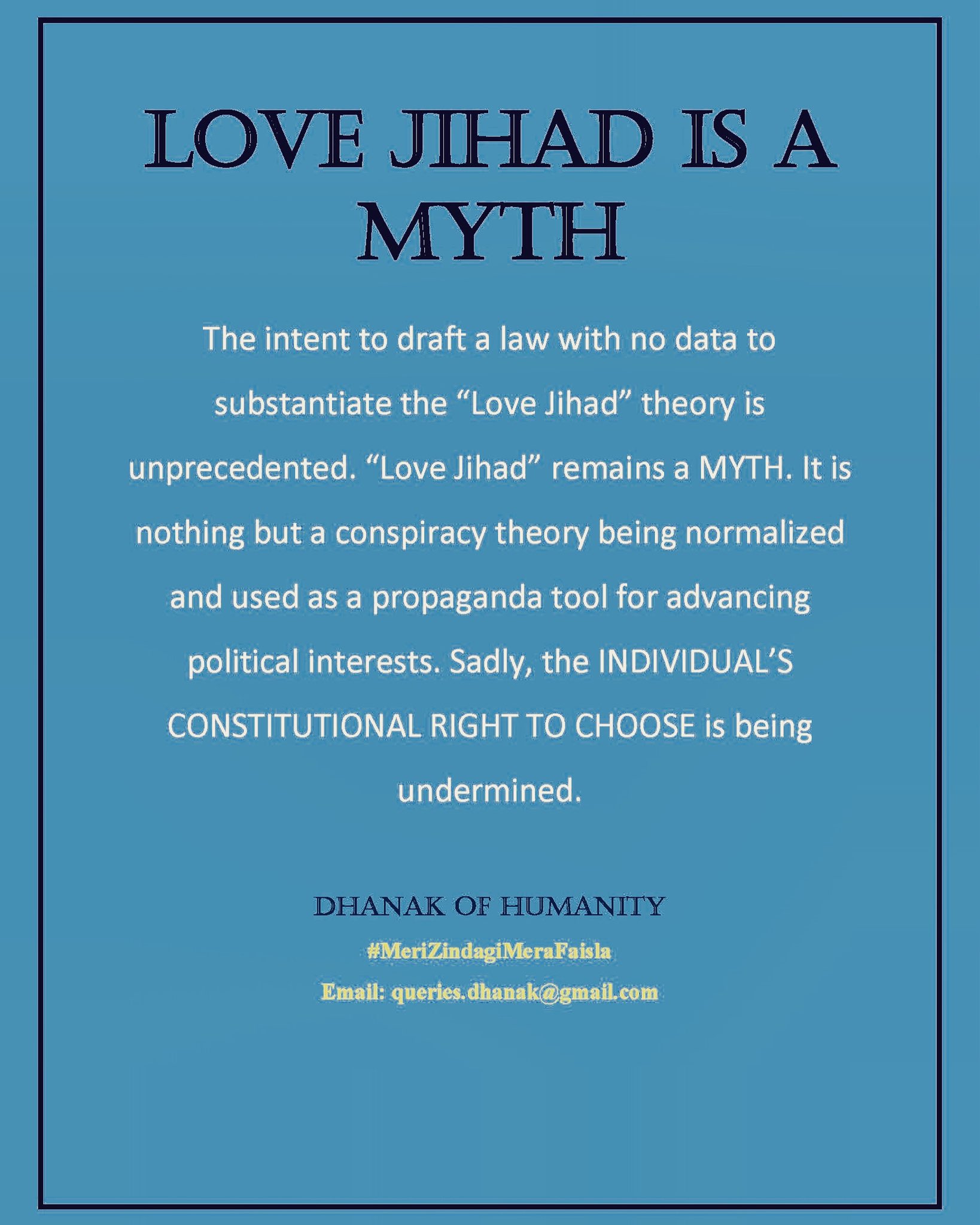 A poster on 'love jihad' by Dhanak, a support group for interfaith couples in India. /Dhanak

A poster on 'love jihad' by Dhanak, a support group for interfaith couples in India. /Dhanak

Agashe, who denounced the new ordinance as "scary" and "shameful," said that "even when a Hindu boy marries a Muslim girl, it is assumed that the girl would convert," adding that the fact that it's not necessary to convert or change the name or surname of the girl never reaches the masses.

"Even in inter-caste marriages, girls are expected to adopt local customs of her husband's caste and household," Agashe told CGTN Digital.

According to Iqbal, it's about "controlling the sexual and reproductive rights of women."

Recently, American online streaming company Netflix was caught in the climax of "love jihad." Its crime? A series it streamed (A Suitable Boy) showed a Muslim boy kissing a Hindu girl in the backdrop of a temple. A police case was logged against the platform's top two India executives after a BJP youth leader accused Netflix of fostering "love jihad."

Last month, in the run up to India's biggest festival Diwali, an advertisement by Tanishq, the country's leading jewelry giant owned by Tata Group, portraying a happy interfaith family vexed ardent adversaries of "love jihad." The ad was eventually pulled down after calls for boycotting the brand on social media grew louder. 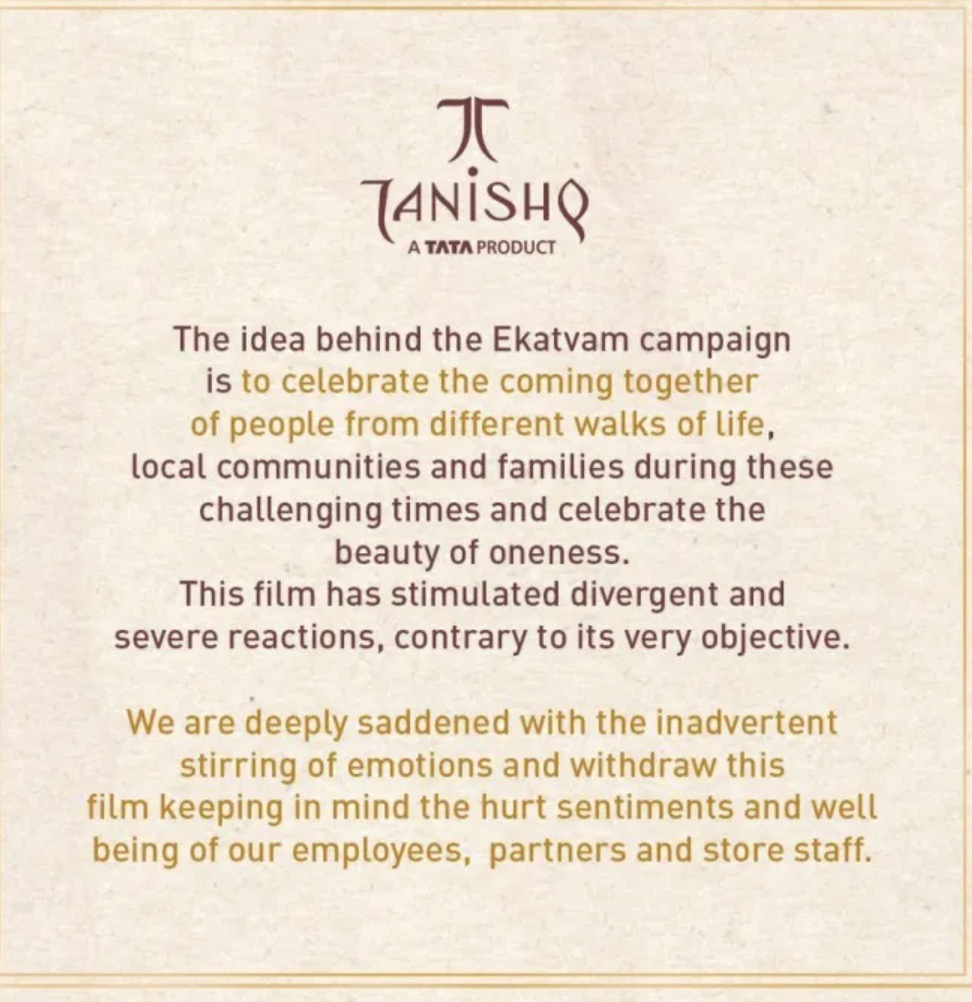 "They are propagating a myth that Hindu girls are so naive, so innocent that they are getting carried away and Muslim boys are marrying them for the sake of conversion," Iqbal said.

Many Indian women are often denied the right to exercise choice in marriage. Questions like who they should marry and when they should marry are typically answered by elder male members of the family. Factors like religion, caste and society steer these decisions. It's atypical of Indians to marry outside their community, let alone religion.

There's no nationwide data available on inter-caste and inter-religion unions. According to regional data, New Delhi registered 589 unions under the Special Marriages Act between January and September in 2019. Between 2016 and 2018, 355 inter-religion alliances were recorded under the act. Bengaluru city, well-known as India's Silicon Valley, saw a 306-percent surge in "special weddings" from 2013-2015.

In a country of over a billion people, these numbers are scant. But the rare and daring acts of marital unions that step over religious lines and defy caste-based hierarchy have long embodied India's vaunted syncretic culture and empowered prospective "rebels" and "heretics" glorifying love.