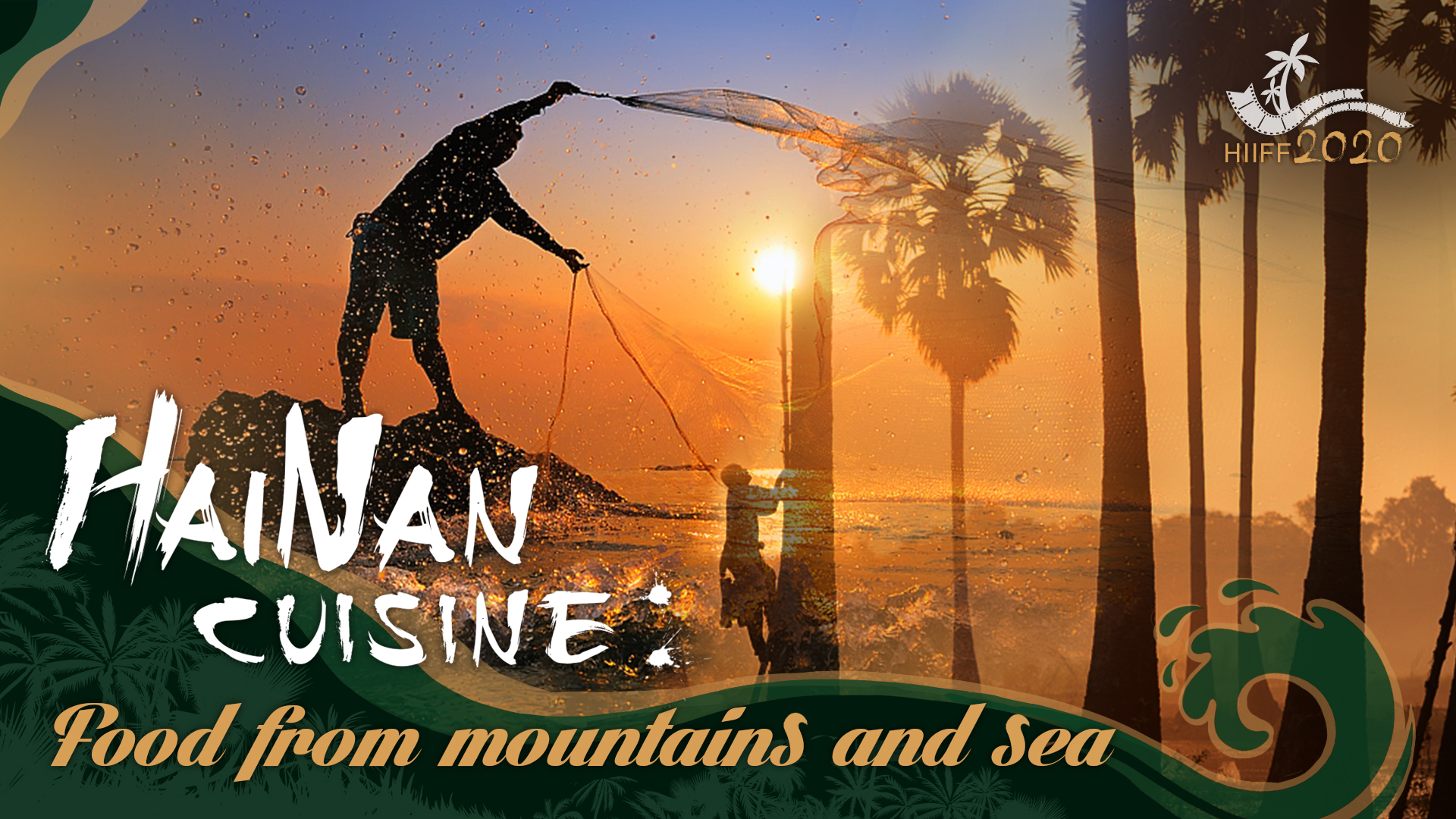 The 3rd Hainan Island International Film Festival (HIIFF) will lift its curtain tomorrow in Sanya, Hainan. As filmmakers worldwide discuss films on this beautiful tropical island, they expect to get a chance to taste the local cuisine.

CGTN looks away from the big screen and into Hainan's streets to sample local delicacies from the mountains and sea.

Wenchang chicken is probably the first dish popping up when talking about Hainan local cuisine.

Simmer a little scallion and ginger with water to stew Wenchang chicken is simple, and the chicken itself does not have too much seasoning. The iconic dish gets its fame from the fresh and tender meat of the chicken from Wenchang city.

People in Hainan usually cook rice with chicken soup. The fat of the chicken makes every grain of rice smell delicious. The set is a must-have for every visitor to Hainan. 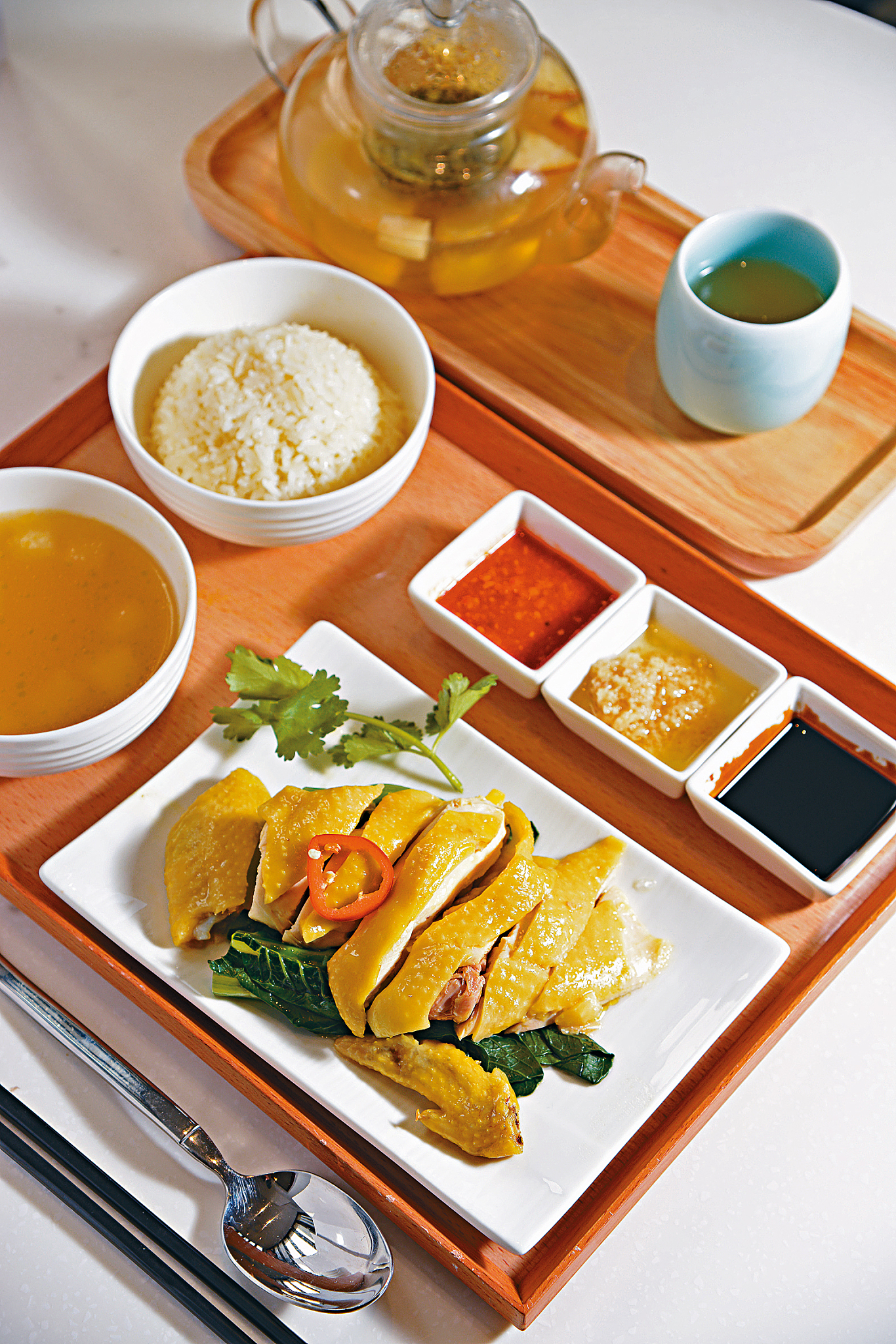 Hainan coconut rice is an amazing food. It is steamed with glutinous rice, coconut meat, and coconut juice. All the ingredients are from the island itself. It is a traditional Hainan snack.

The glutinous rice is mixed with coconut water and meat and put back into the coconut shell. A bite will give a taste of a full mouth of coconut aroma.

People usually split the shell filled with coconut rice and cut them into dimes for people's convenience. The coconut shells holding glutinous rice are like boats sailing in the sea, hence the name of Hainan Coconut rice is also "Coconut boats". 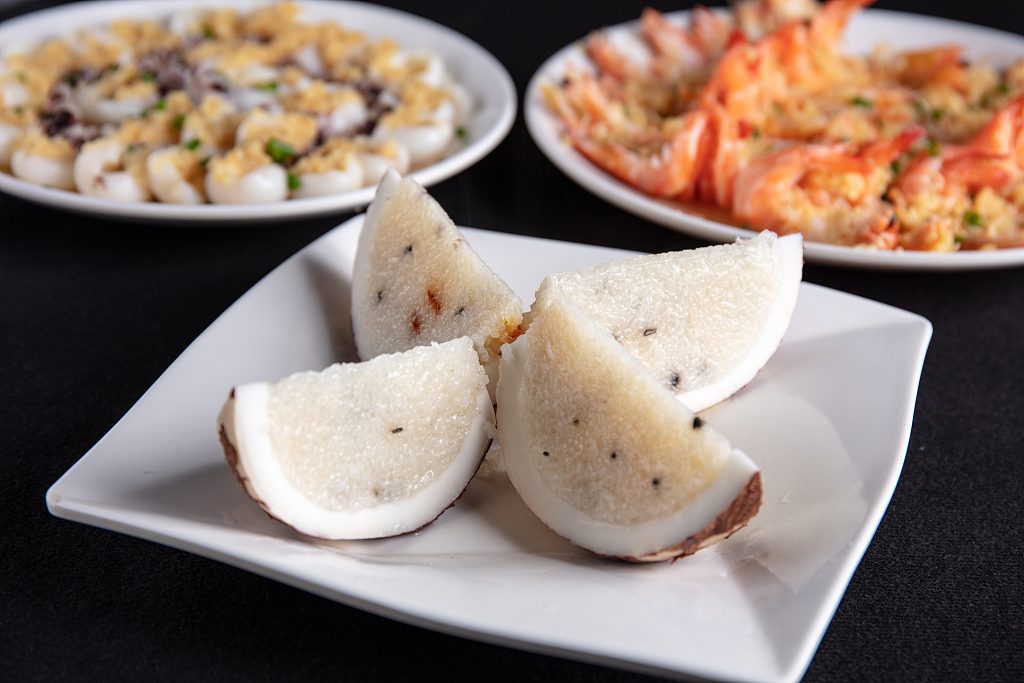 In addition to coconut rice, Baoluo rice noodle is another staple specialty in Hainan. The noodle soup is vibrant and gets its flavor from beef-bone. 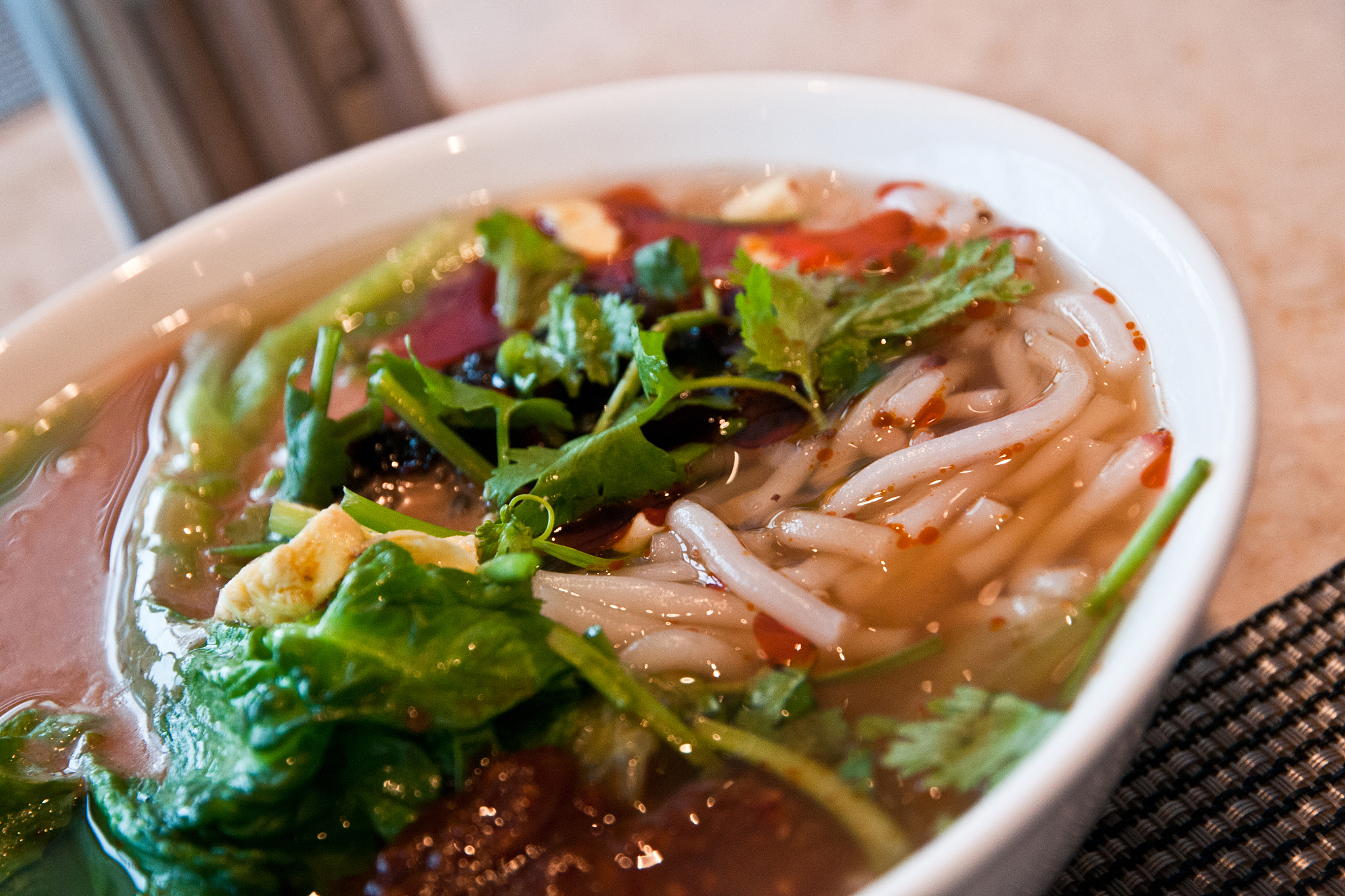 Hele crab, lobsters, and many other kinds of seafood are also people's favorites picks when coming to this island. They can satisfy many inland tourists' expectations of seafood by simply steamed.

After a rich main course, a bowl of cool Hainanese dessert – Ching Bo Leung is ready to serve. 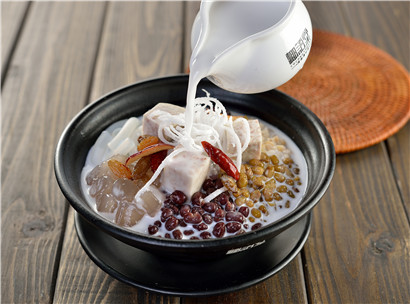 The ingredients are not fixed, but the most common one is made of cold coconut water.