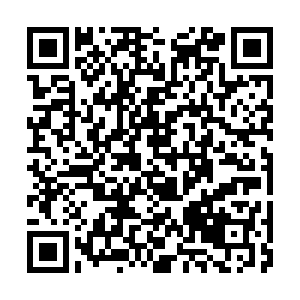 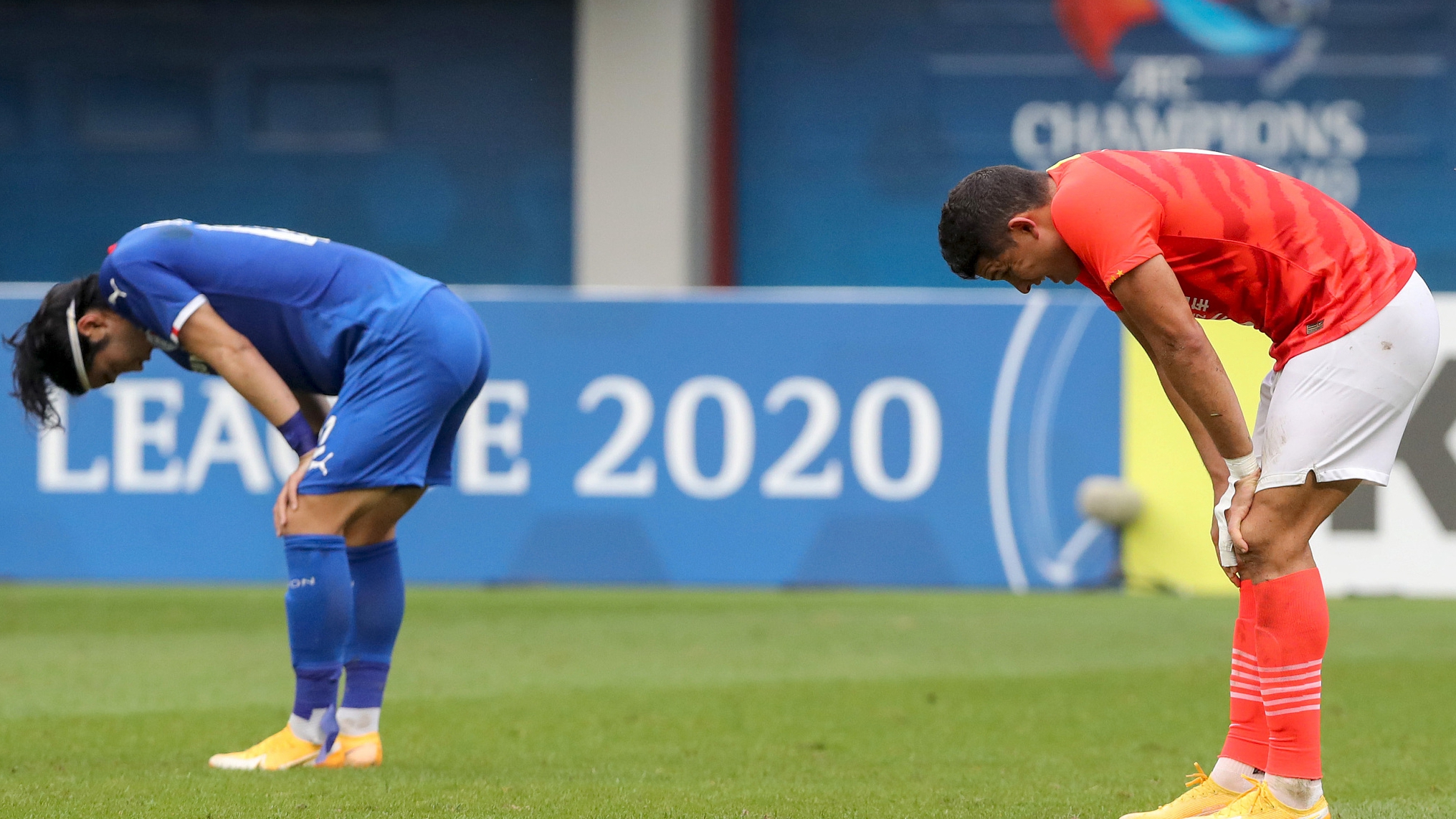 The South Koreans needed to win by a two-goal margin to overtake Evergrande on goal difference and that was exactly what they did as Kim Gun-hee and Lim Sang-Hyeob each struck in the second half at the Khalifa International Stadium in Doha.

Vissel Kobe were the first team to qualify for the next phase in the three-team Group G while Evergrande had already completed their four matches with five points and were hoping Suwon slipped up in their last-gasp bid to make the cut.

But Fabio Cannavaro's frustrations only grew as he watched Suwon progress from his bio-secure hotel room in the Qatari capital, capping a disappointing year during which Guangzhou were dethroned as CSL champions by first-time winners Jiangsu Suning.

The K League 1 champions had already been eliminated as they collected just four points from their previous five matches, while three wins in five were enough for Vitor Perreira's Shanghai SIPG to join group leaders Yokohama F. Marinos in the next round. 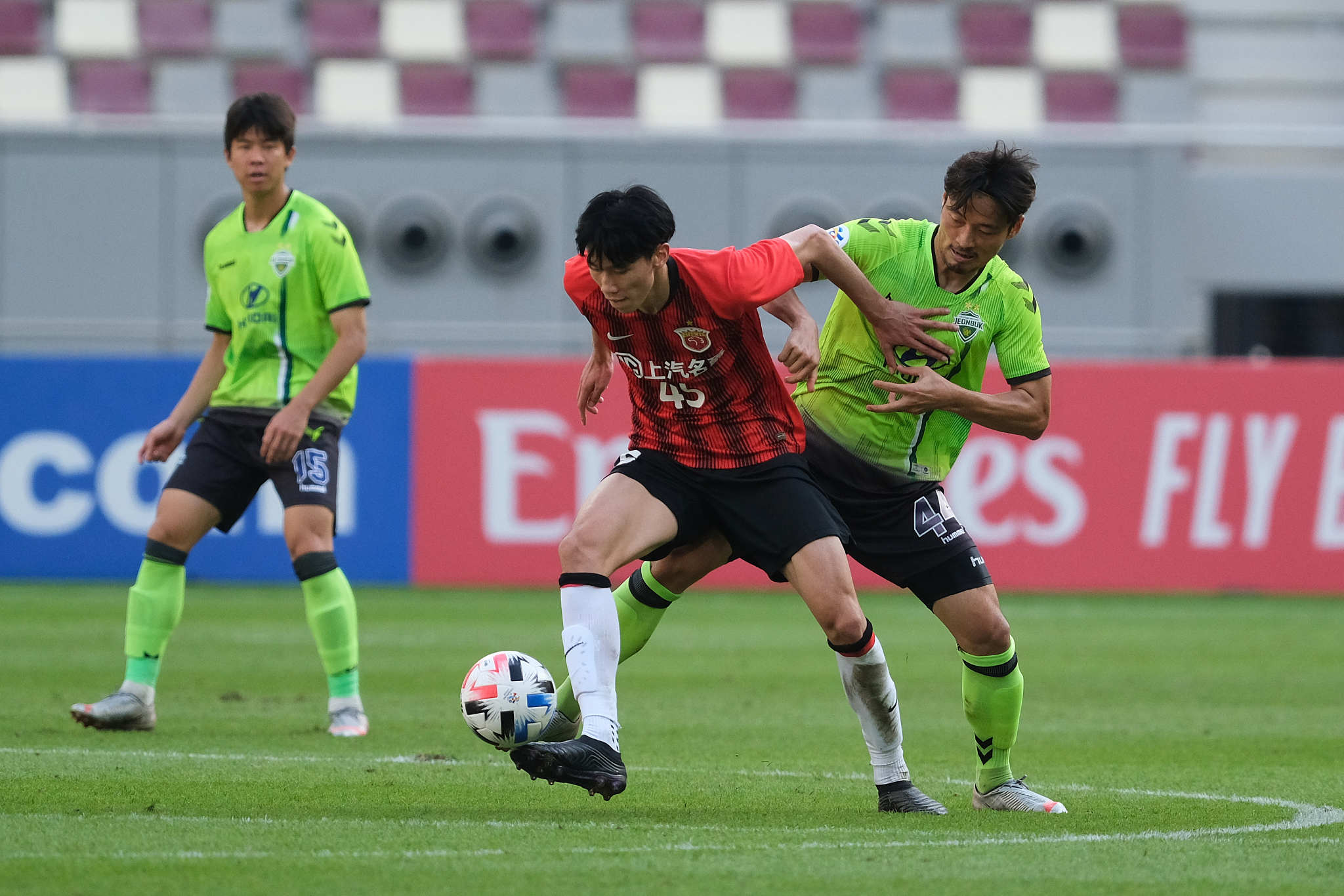 Cho Gue-sung, 22, put Jeonbuk ahead in the 16th minute with a header from the center of the box from a measured cross from Lee Sung-hoon that surprised the Shanghai SIPG defense.

As the Chinese giants struggled to gain control, Jeonbuk consolidated their advantage, scoring from a penalty in the 32nd after another Lee Sung-yoon pass found Cho, whose shirt was pulled preventing him from taking a shot.

Shanghai SIPG coach Vitor Pereira said he was forced to give inexperienced squad members game time because of the tight schedule of the competition.

"We lost today but we played six young players, a lot of them without even one minute in the competition or in the Chinese League," said Pereira. "It means it was their first game of the season. I think they did well. "

Elsewhere, Sydney FC meanwhile claimed a 1-1 draw with Yokohama F. Marinos by holding the group toppers from Japan despite finishing bottom with five points from six matches that included just one win.

Shanghai SIPG face Group G winners Vissel Kobe in the Round of 16, while Beijing Guoan will fight against FC Tokyo.