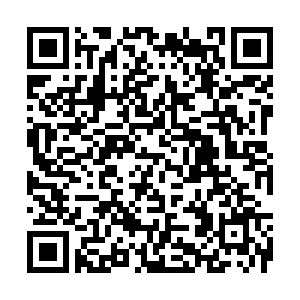 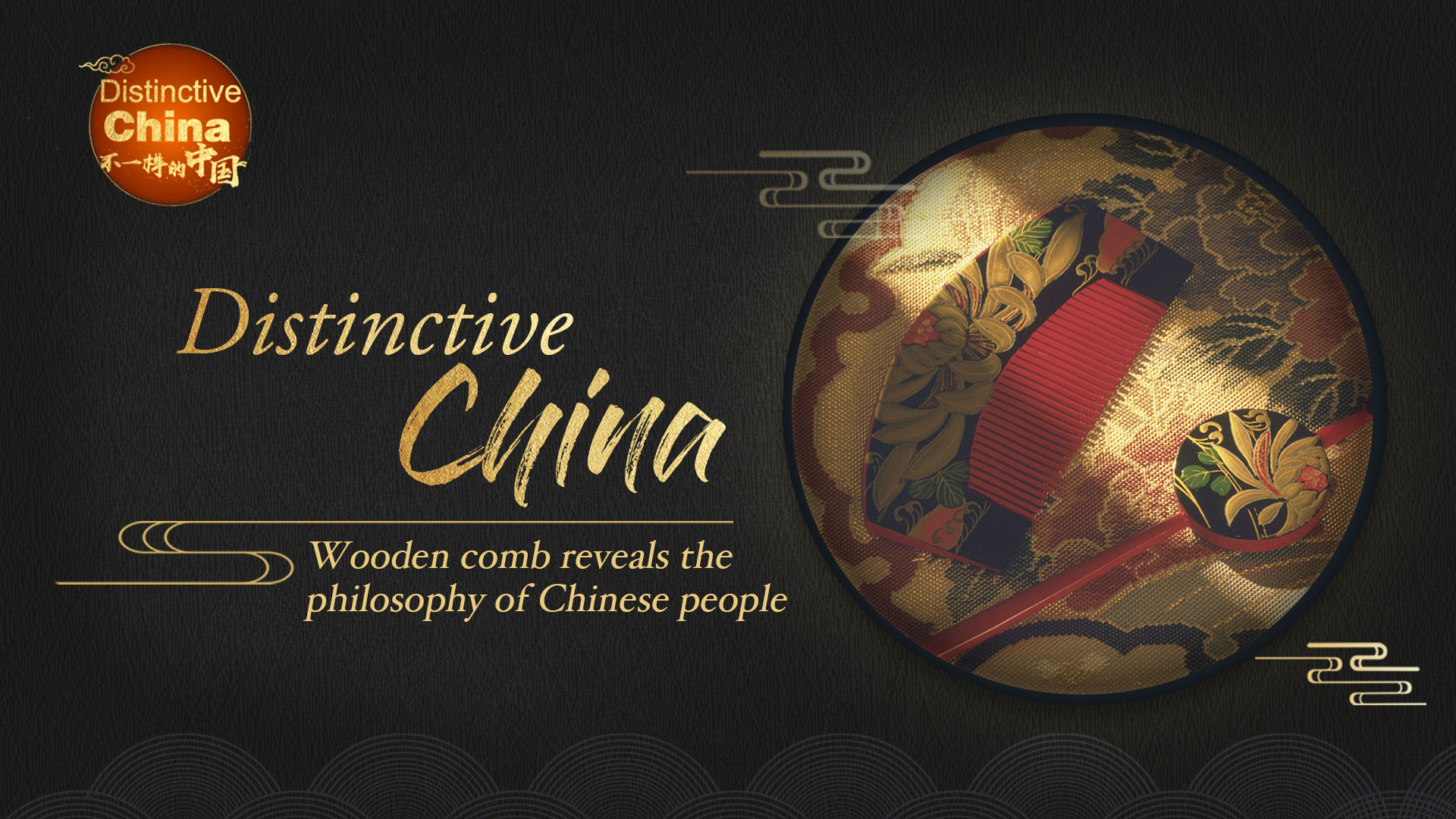 The comb is an essential part of modern life, but it also has a time-honored history dating back 6,000 years. Legend has it that one of Yellow Emperor's (2717 BC -2599 BC), or Huangdi's wives had the first comb made in the shape of a fish bone.

It's regarded as one of the traditional handicrafts in China. Most were made from bamboo, wood and animal bones. Every generation decorated the comb in their own way, with colorful patterns and pictures of historical figures, landscapes, animals, opera characters and so forth. 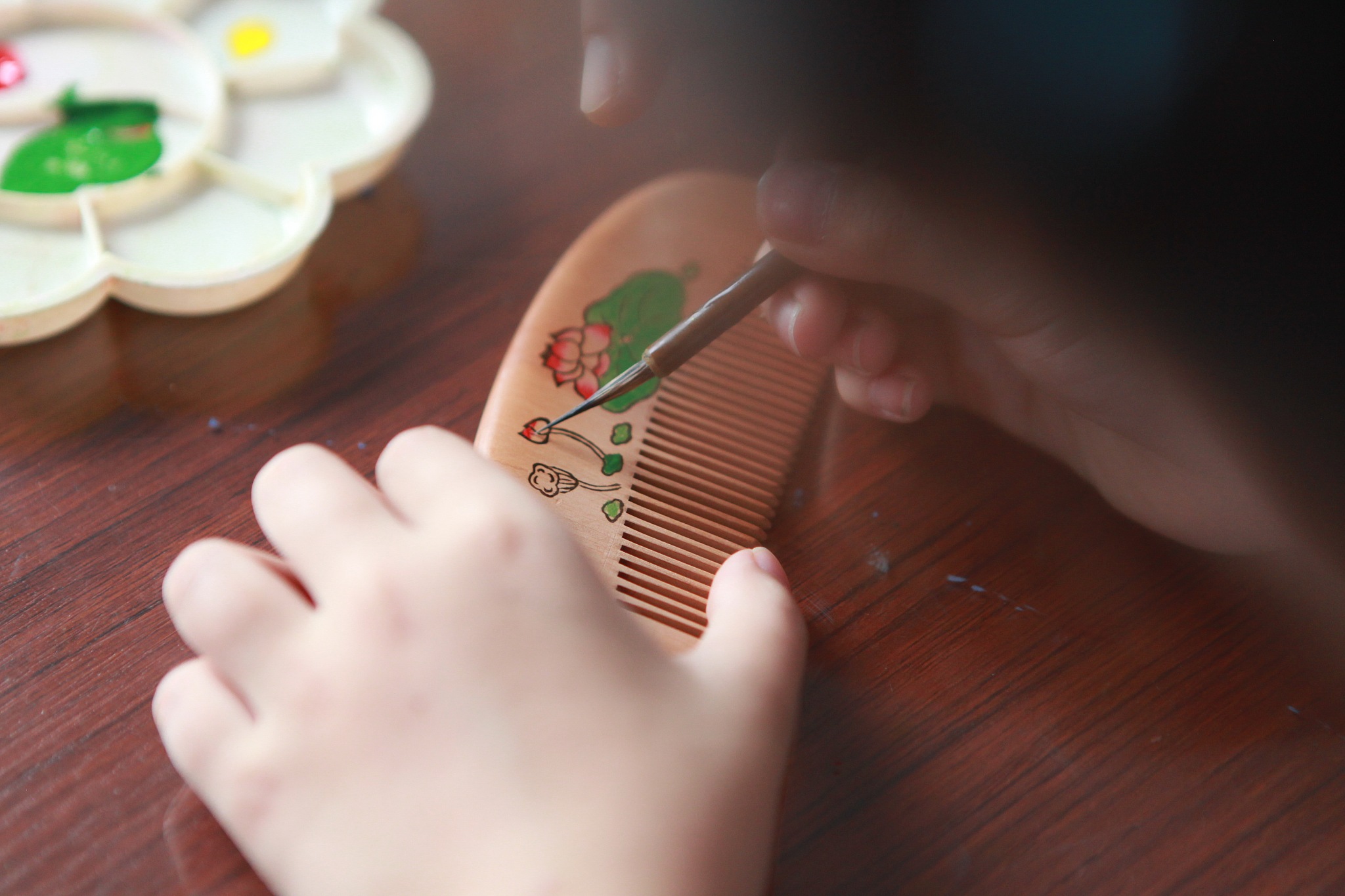 "Its real heyday unfolded during the Ming Dynasty (1368-1644) when Changzhou combs were produced on a massive scale. A comb unearthed in 1973 was found to be around 1,600 years old as per historical references. Producing combs is a major industry in Changzhou now," Jin added.

To make a good comb involves 28 complicated steps, including cutting, boiling, drying, polishing, and decorating. According to Jin, drying is the longest step in the process.

It takes a long time and excellent technique to make a good comb. Some craftsmen will incorporate his thinking into the process of making. "The uniqueness of the Chinese wooden comb comes from its finishing touches," said Jin. 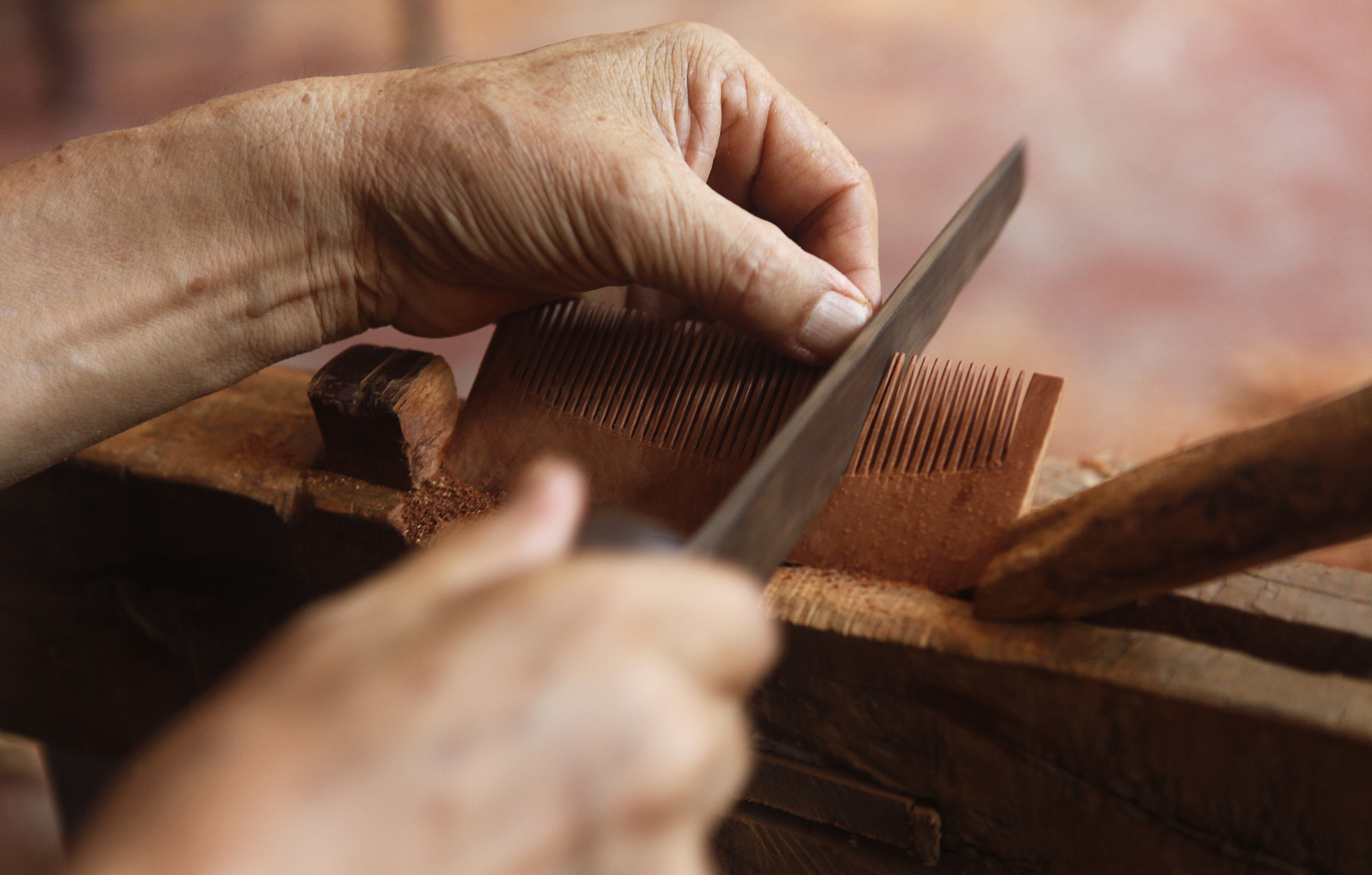 The process of making a wooden comb. /CFP

The process of making a wooden comb. /CFP

The beauty of the comb is elevated with carvings, drawings, engravings, ironings and inlays, bringing out emotions and culture through the designs, according to Jin. 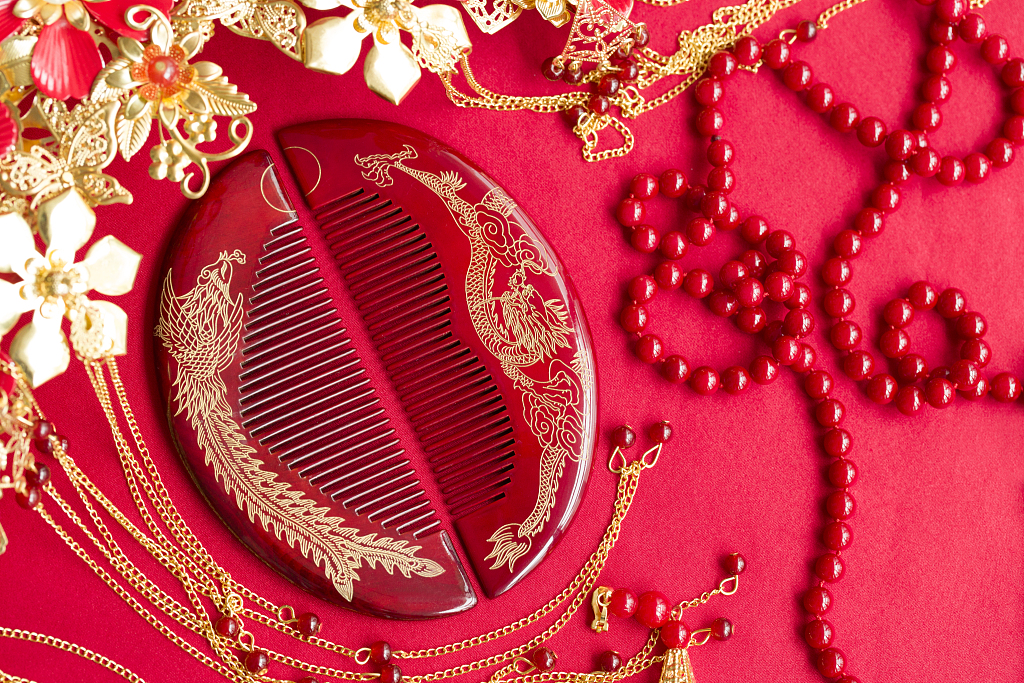 Chinese people attach their emotions to the combs. /CFP

Chinese people attach their emotions to the combs. /CFP

While maintaining the practical features of the wooden comb, Chinese people also attach many feelings to their combs.

In ancient times, it was a tradition that a woman had to have a family member comb her hair before she gets married. There is an old saying, the first comb sweeps to the end, and the second that you will stay together till your hair greys, and the third to wish the couple many children and grandchildren. This not only contains the best wishes of the family but also conveys their love.