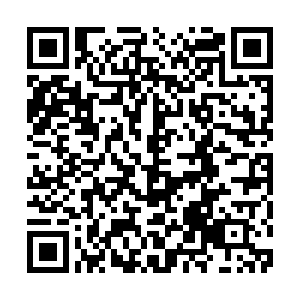 Chinese scientists have used desertification control technology to nurture 20 varieties of salt-tolerant plants in a nursery garden by the Aral Sea.

Zhao Zhenyong, a researcher with the Xinjiang Institute of Ecology and Geography under the Chinese Academy of Sciences (CAS), said more than 20 kinds of salt-tolerant plants such as red goosefoot, wild spinach and Suaeda salsa have grown well in the garden and proved to have the effects of reducing the salinity in the soil. They can also be used as forage grass for livestock.

"We have experience in efficient water-saving agriculture, ecological restoration and desertification prevention and control. We are willing to share them with Central Asian countries and contribute to the ecological treatment in the Aral Sea shores," said Jilil Abuduwali, another researcher with the institute.

The Aral Sea, once the world's fourth largest body of inland water, had shrunk to 10 percent of its size in 1960.

Chinese and Uzbek scientists released a joint declaration in Urumqi, capital of northwest China's Xinjiang Uygur Autonomous Region, in October 2019 to carry out regional cooperation and improve the environment of the Aral Sea with the technologies of the two sides and other countries.

The nursery garden built by scientists of the Xinjiang institute is expected to grow saplings and develop planting techniques for building a "green barrier" on the dried shores of the Aral Sea.

The institute has made a series of research achievements in desertification prevention and control and water-saving agriculture to increase land productivity and support the sustainable development of Xinjiang's arid areas.