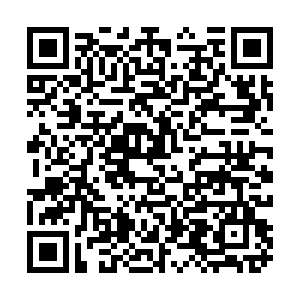 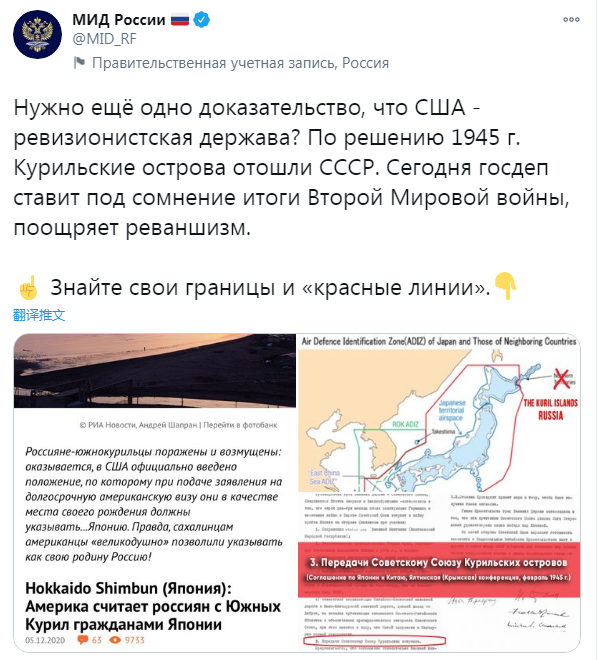 "Do you need more proof that the U.S. is a revisionist power?" the Russian Foreign Ministry said on its Twitter account.

"In 1945, the Kuril Islands were transferred to the Soviet Union. But today the (U.S.) State Department is seeking to reopen the settlement of the Second World War and encouraging territorial revanchism."

On Friday, Japanese newspaper Hokkaido Shimbun reported that Russians born on the islands are, for the purpose of drawing up green cards, considered Japanese by U.S. immigration authorities.

Moscow and Tokyo have failed to sign a postwar peace treaty due to their rival claims to four Pacific islands, called Southern Kuril Islands in Russia and Northern Territories in Japan, the pre-war owner.

Russia and Japan are currently holding consultations on joint economic activities on the islands in five areas, namely aquaculture, greenhouses, tourism, wind energy, and waste recycling. The parties view cooperation as a step towards a peace treaty.

(Cover: Photo features the town of Kurilsk on the island Iturup, one of the four disputed Pacific islands, December 12, 2016. /AFP)