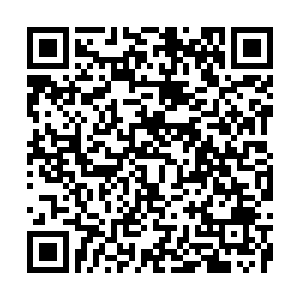 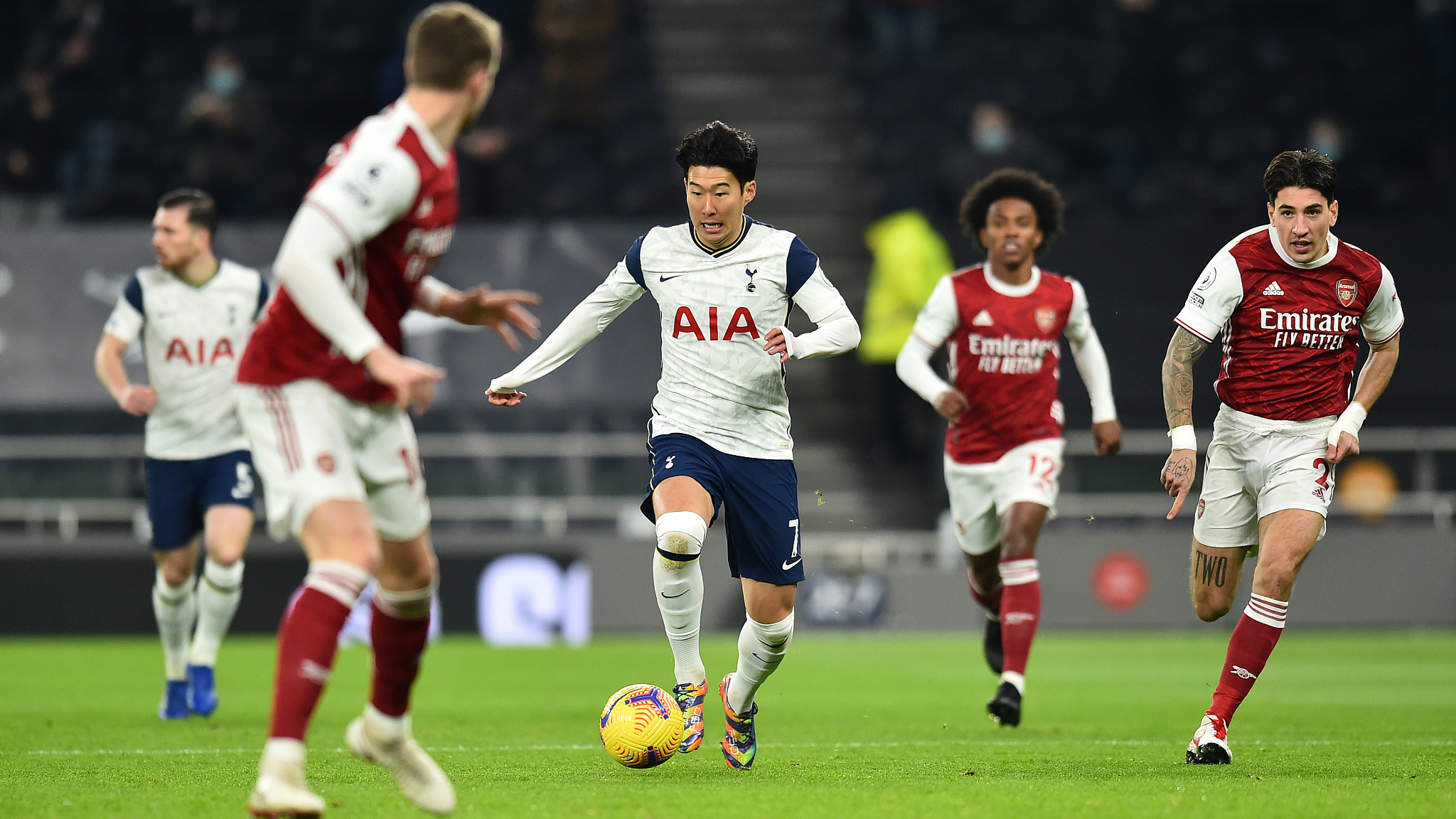 A crowd of 2,000 Tottenham fans enjoyed their return for the first time in nine months as Harry Kane and Son Heung-min combined again to beat Arsenal 2-0 and move back top of the Premier League on Sunday.

Jose Mourinho's men moved two points clear of Chelsea at the summit with another statement performance to display their credentials to win a first league title in 60 years.

Kane and Son have now scored a combined 27 goals in all competitions this season and provided assists to each other to catch Arsenal cold on the counterattack.

At the other end of the table, a fifth defeat in seven league games for the Gunners leaves Mikel Arteta's men languishing in 15th.

Arsenal also lost £45 million ($59 million) midfielder Thomas Partey to the recurrence of a thigh injury, which played its part in Son teeing up Kane for Spurs' second goal just before the break.

Tottenham are now unbeaten in 10 league games and look prime contenders to make the most in a dip in the standards set by an injury-hit Liverpool and Manchester City in recent seasons should they keep Kane and Son fit.

Son opened the scoring in stunning fashion as he collected Kane's pass down the left and cut inside to curl into the top corner.

That was the 10th of Son's 13 goals this season for which Kane provided the assist.

By contrast, Arsenal have scored just 10 goals in 11 league games all season and despite plenty of intricate build-up play, Arteta's men again failed to provide any cutting edge in the final third.

The difference between the teams was summed up in first-half stoppage time as from what appeared a dangerous Arsenal attack, one long ball saw Spurs breaking with four against two as Partey had already pulled up with an injury.

Son took his time before feeding Kane, who smashed in off the underside of the bar from a narrow angle to double Tottenham's lead and realistically end any doubt over the outcome given Arsenal's struggles in front of goal. 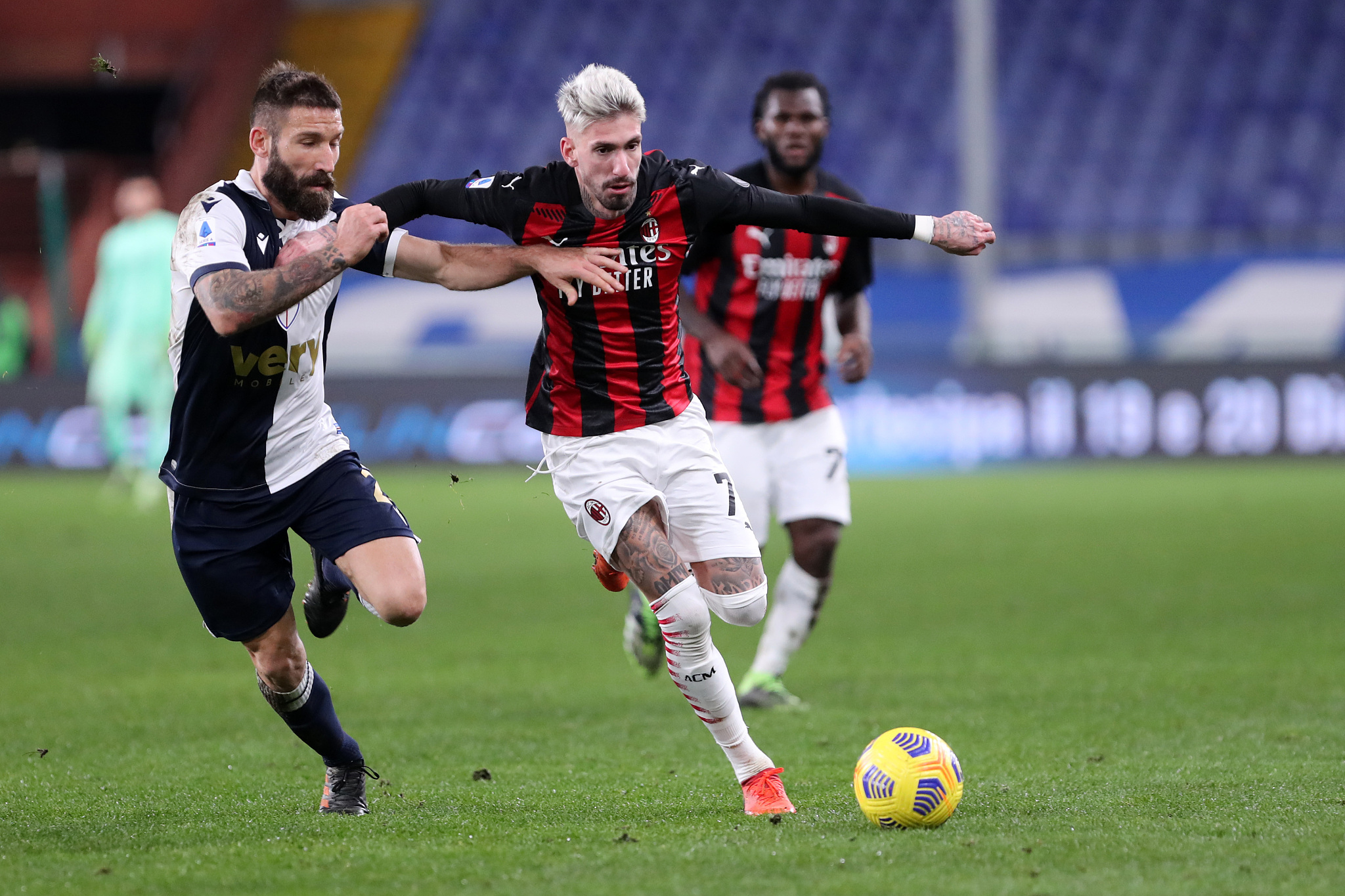 Samu Castillejo of AC Milan(2nd L) controls the ball during the Serie A match against UC Sampdoria in Genoa, Italy, December 6, 2020. /CFP

Samu Castillejo of AC Milan(2nd L) controls the ball during the Serie A match against UC Sampdoria in Genoa, Italy, December 6, 2020. /CFP

Elsewhere, Serie A leaders AC Milan continue to surprise coach Stefano Pioli with their maturity. He made the remarks after watching his side overcome the absence of key players to win a tough match 2-1 at Sampdoria on Sunday.

Milan's starting lineup had an average age of under 23, but they still managed to overcome opponents who seemed determined to turn the match into a scrap.

"We were missing three important players, but the team has always taken the opportunity, even in negative situations, to show that they are strong, that this is a cohesive group," said Pioli.

"We had a very young team on the field, but they continue to surprise me with their maturity. We didn't let our heads drop when things were going badly and we're not getting carried away now."

However, he still did not see Milan as favorites to win Serie A even though they are five points clear after 10 games.

"How is it possible to think that Juventus are still not the favorites after nine successive titles, or that Inter Milan cannot challenge with investments like such as Achraf Hakimi and Arturo Vidal. But we must continue to grow and improve."

Pioli's main concern was his team's defending at set pieces, with Sampdoria's goal coming from a corner. "We need to be more focused on set plays even though we're lacking a few centimetres (in height)," he said.