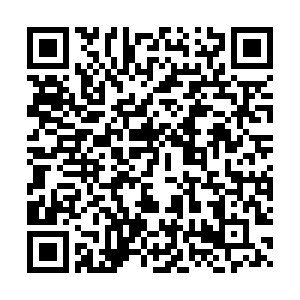 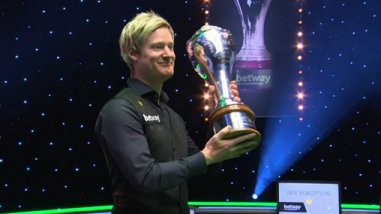 Australia's world number three Neil Robertson triumphed in one of the sport's most dramatic finals in which he beat world number one Judd Trump 10-9 to win the Betway UK Championship for his third time.

The Triple Crown Series marathon final between one of the world's best leading figures lasted over seven hours and finished at almost 1 a.m. on Monday.

After splitting the first six frames, Robertson stepped up with a break of 110 to take a 4-3 lead. The 2010 world champion Robertson went on as he finessed the black into the side pocket for a break of 115 to make it 8-8. His 13th century was a record in a single UK Championship.

However Trump regained the lead at 9-8 but missed the tricky red in the next frame. And Robertson went on to clear to make it 9-9.

In the decider, Trump snookered the Aussie on the green. The world number one took the green right-handed, then the brown, and potted a difficult blue but left himself a tough shot on the pink.

The Englishman over-cut the pink, giving Robertson a chance as the former world number one produced a beautiful cut to seal the 10-9 victory dramatically.

The 2011 UK champion Trump, who had won 11 of his last 12 ranking finals, was one frame away from claiming his 20th ranking title.

"I would have been devastated to lose, I don't know how I would have slept for the next few nights," said Robertson, overwhelmed with relief after the game.

"Both of us must have had ten times in the last frame where we thought we were going to win. It was a titanic struggle, we both refused to lose. It wasn't the greatest quality, but sometimes finals are so bad they are good."

(Cover image: Neil Robertson lifts the trophy for the UK Championship after beating world number one Judd Trump 10-9 in the final at the 2020 UK Championship in Milton Keynes, England, December 7, 2020. /CFP)