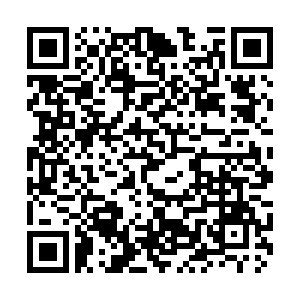 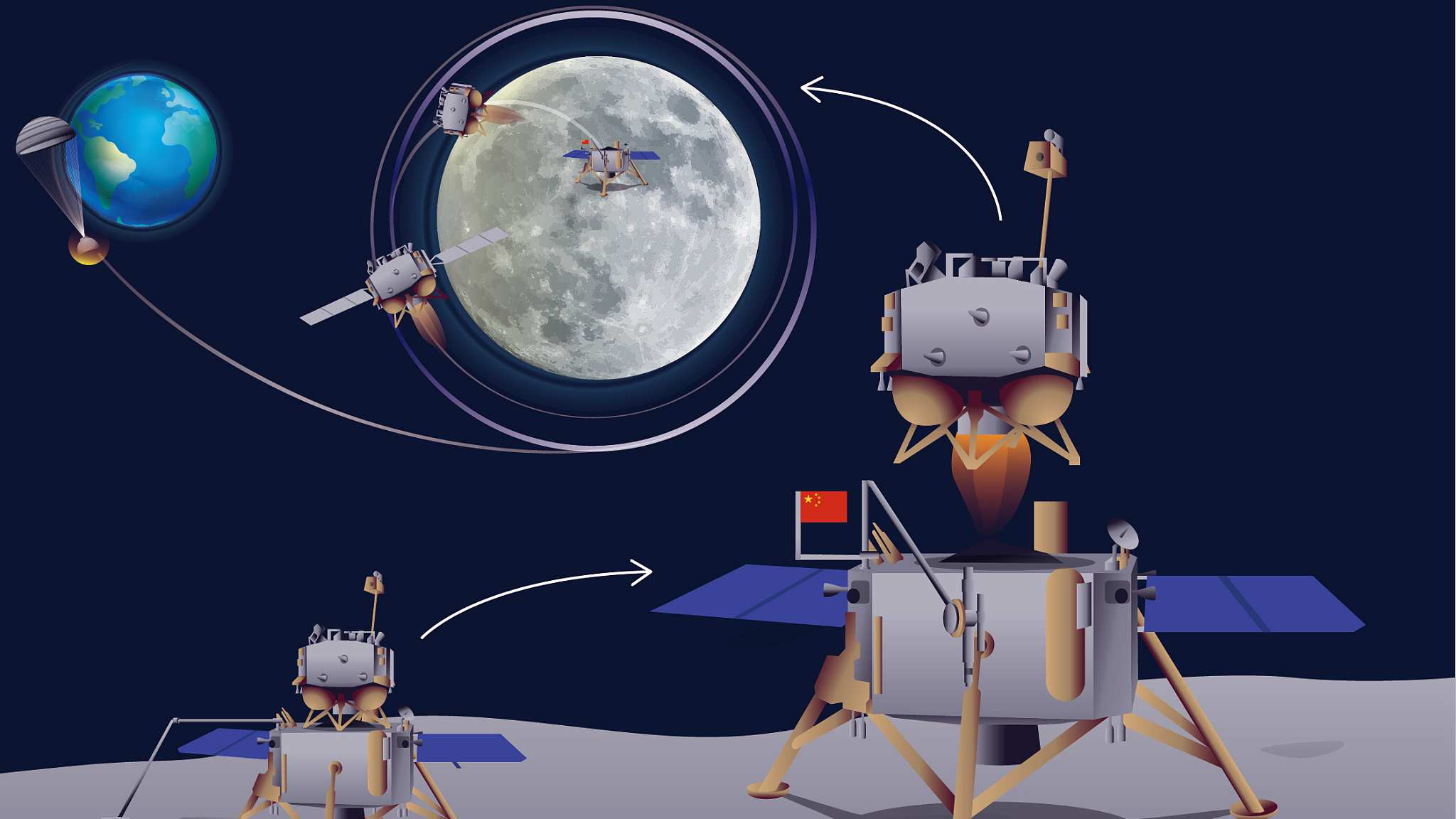 China's Chang'e-5 probe is on its way back to Earth, bringing with it soil and rocks from the moon, which will be the first fresh lunar sample obtained by humanity since 1976.

If everything goes smoothly, the sample is expected to land on the grasslands of Inner Mongolia Autonomous Region by mid-December, according to the China National Space Administration (CNSA).

Here is what we know so far about the sample, which could prove key to unlocking many mysteries about the moon.

Where was the sample taken from?

The landing site of Chang'e-5 was Mons Rümker, a 70-kilometer-wide volcanic mound in the region known as Oceanus Procellarum (Latin for "Ocean of Storms") on the moon's near side – the vast, dark lava plains visible from Earth with the naked eye.

It's a place untouched by humanity.

The lander shoveled up some surface material and also drilled a 2-meter-deep hole and scooped up soil and rock from inside it. 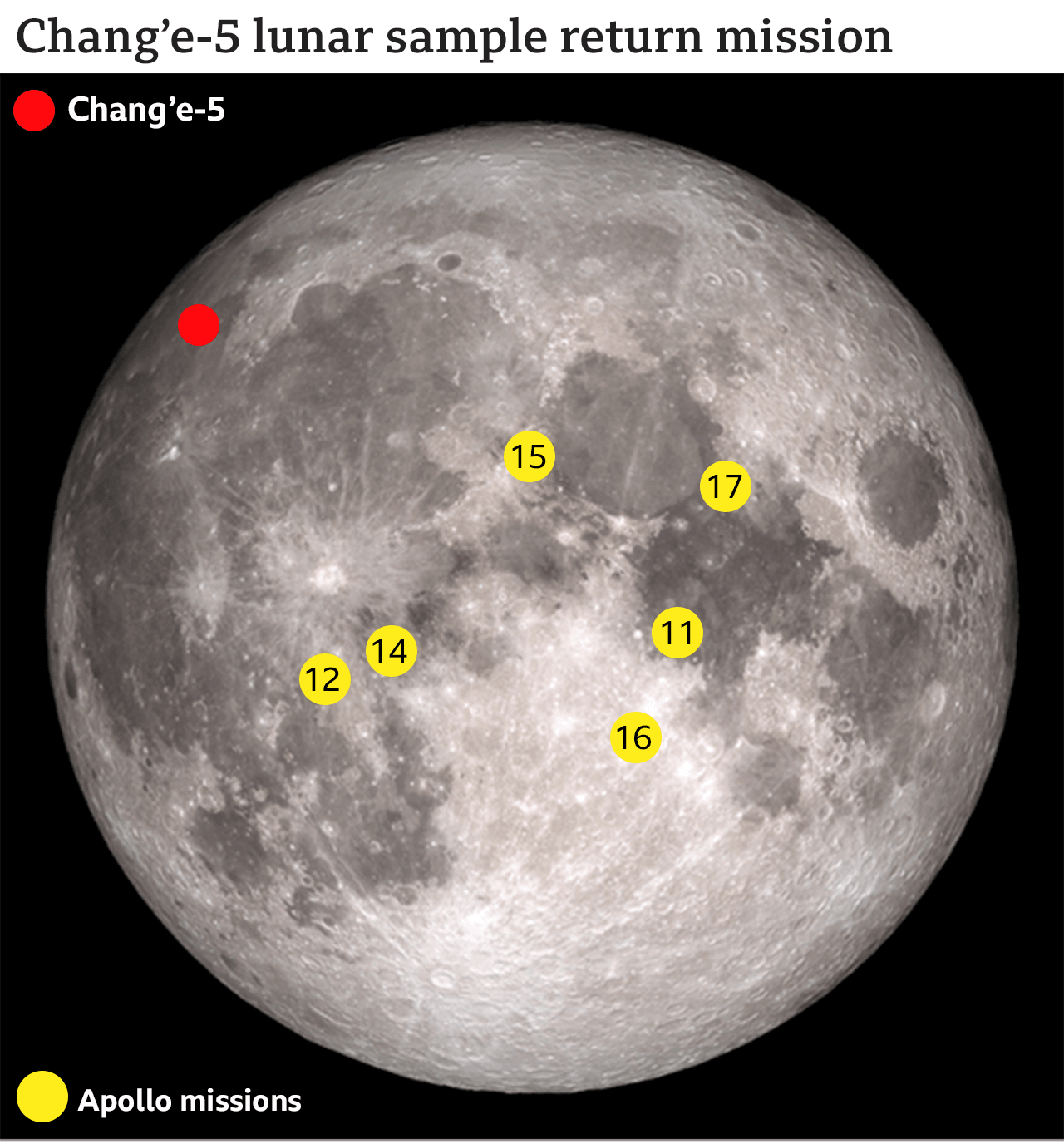 The landing sites of Chang'e-5 and previous lunar landing missions by the U.S./NASA

The landing sites of Chang'e-5 and previous lunar landing missions by the U.S./NASA

Why collect samples from Mons Rümker?

In the late 1960s and 1970s, the United States brought back to Earth 382 kilograms of lunar material from six moon-landing missions, while the former Soviet Union retrieved 300 grams over three missions.

All those samples are very old – 3 to 4 billion years in age. Analysis of the samples suggests that volcanic activity on the moon peaked 3.5 billion years ago, then faded away and stopped.

But Mons Rümker, where Chang'e-5 collected its sample, may have erupted as recently as about 1.3 billion years ago and contain "the youngest mare basalt on the moon," according to scientists.

Such "young" rocks from the moon have never yet been sampled or studied.

If Chang'e-5's samples confirm that the moon was still active during this time, it could fill an important gap in scientists' understanding of the moon's volcanic activity, and rewrite the history of the moon.

Studying the rocks' composition could also clarify what fueled this thermal activity for so long.

"The landing site was extremely wisely picked," Harald Hiesinger, a geologist at the University of Münster in Germany, told Nature.

Brett Denevi, a planetary geologist at Johns Hopkins University in the U.S. and science chair of a NASA lunar analysis group, said China picked a spot where it could have a big scientific impact.

"Understanding the age of those samples and all of the Solar System–wide implications that flow from that result will be a big leap forward for planetary science," she was quoted as saying in Science magazine.

How will the sample be handled?

In order to properly handle and study this precious material, China has built a lunar sample laboratory at the National Astronomical Observatory (NAO) under the Chinese Academy of Sciences in Beijing, dedicated to its storage, processing and analysis.

Once it has landed on Earth, the sample will be transferred to the lab in a sealed container. The lab has a special facility that will prevent the sample from being contaminated by the atmosphere and water on Earth.

Scientists at the lab will first unpack, sort out and store the material. They will then conduct long-term studies of the sample as per strict and scientific experiment design, including analyzing its mineralogical and chemical makeup.

Some of the sample will also be set aside for public display, according to Li Chunlai, deputy chief designer of the Chang'e-5 mission.