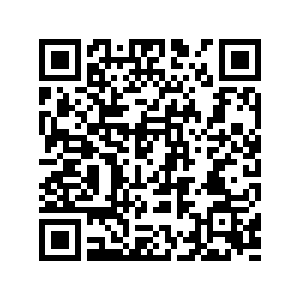 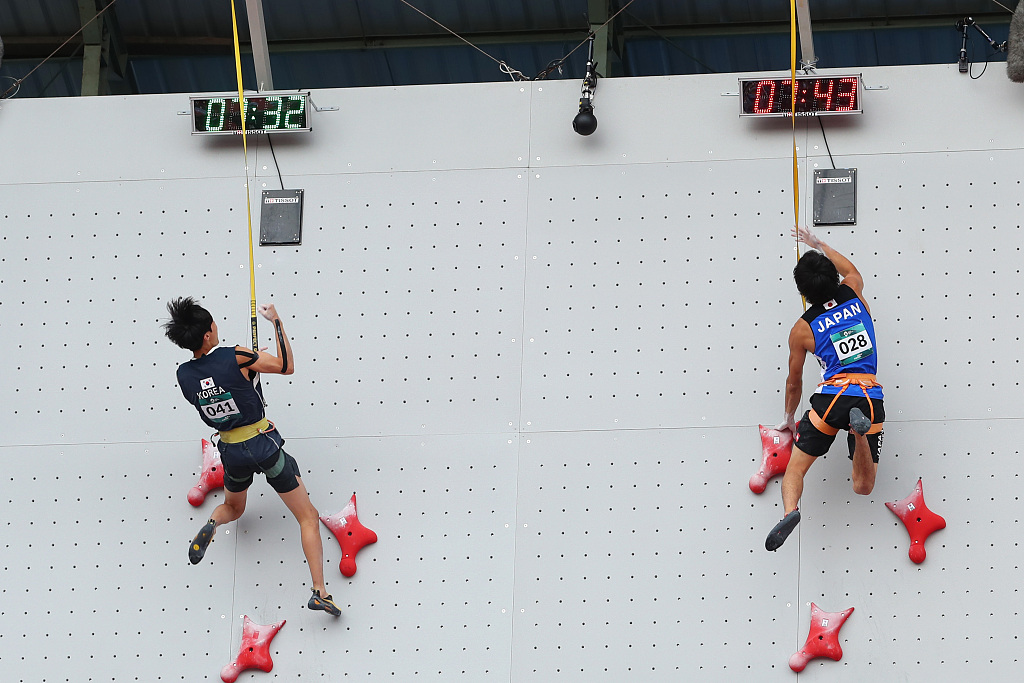 Players compete in the sport climbing at the Asian Games in Palembang, Indonesia, August 26, 2018. /CFP

Players compete in the sport climbing at the Asian Games in Palembang, Indonesia, August 26, 2018. /CFP

Skateboarding, sport climbing, surfing and breaking have been confirmed as the additional sports proposed for inclusion at the Paris Olympic Games in 2024.

The decision was announced by the International Olympic Committee (IOC) and the Paris 2024 Organizing Committee on Monday.

Skateboarding, sport climbing and surfing have already been included in the Tokyo 2020 program while breaking, having proved a great success at the 2018 Youth Olympic Games in Buenos Aires, will make its senior Olympic Games debut.

Organizers added "this new flexibility is part of the reforms of Olympic Agenda 2020," which features the games' historic 100 percent gender equality in athlete quotas, more youth-focused events and reductions in athletes and events. 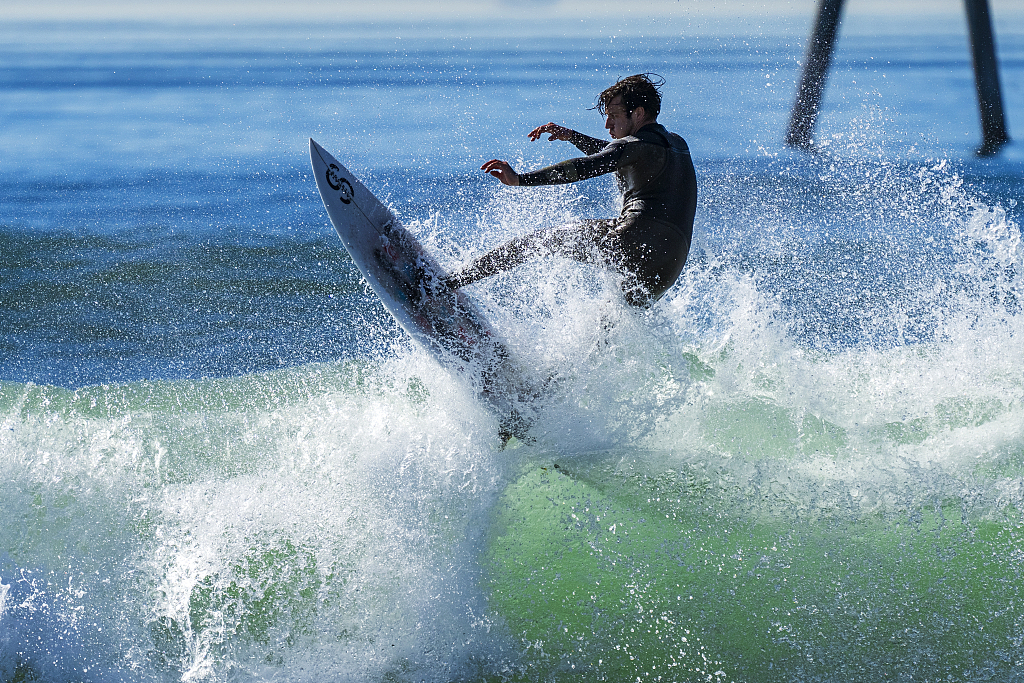 Tokyo 2020 will be the first gender equal Olympic Games, with an overall 48.8 percent female participation, which will be further increased at Paris 2024, reaching the exact same number of male and female athletes for the first time in Olympic history, the IOC said.

Athletics, boxing and cycling will reach full gender equality for the first time ever at Paris 2024, meaning 28 out of 32 sports on the Paris 2024 program will be fully gender balanced.

"With this program, we are making the Olympic Games Paris 2024 fit for the post-corona world. We are further reducing the cost and complexity of hosting the Games. While we will achieve gender equality already at the upcoming Olympic Games Tokyo 2020, we will see for the first time in Olympic history the participation of the exact same number of female athletes as male athletes. There is also a strong focus on youth," said IOC President Thomas Bach. 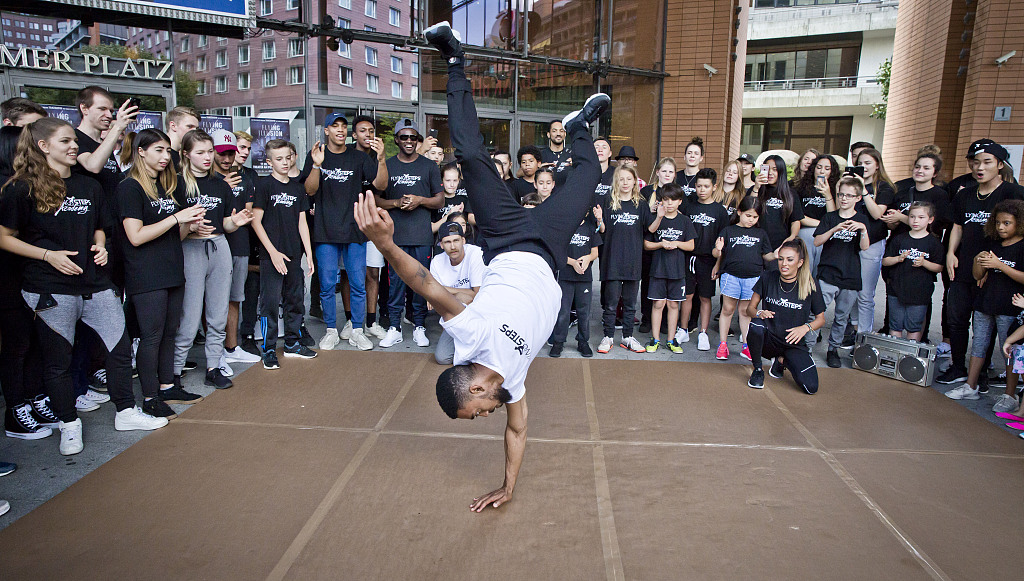 According to the latest updates of IOC on Olympics, the following eight events have been included on the program, replacing existing events, in each case to ensure no increases in event numbers: 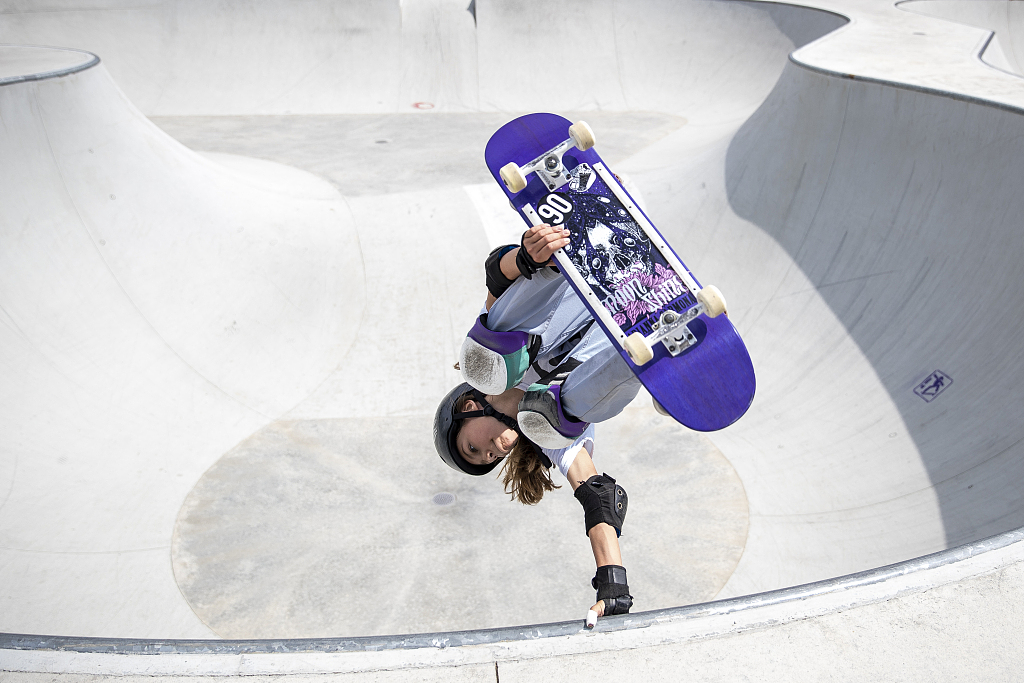 Also on Monday, the Tokyo 2020 organizing committee said they are preparing next year's postponed games for a post-coronavirus world.

IOC President Thomas Bach said: "As part of the COVID-19 countermeasures, the IOC has elaborated, together with Tokyo 2020 and all other stakeholders, including of course the Athletes' Commission, on joint guidelines which should serve all the 206 National Olympic Committees as a framework for the period of their stay in the Olympics.

"We think that this is absolutely necessary, because we need to reduce and minimize the number of residents in the Olympic Village to minimize the risk of COVID-19 exposure. At the same time, we wanted to maintain the athletes' experience. We wanted to be balanced with the considerations about athletic performance and also with attendance at the opening ceremony."