Can the U.S. deliver an Israel-Sudan peace deal?
Freddie Reidy 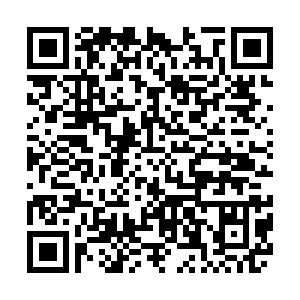 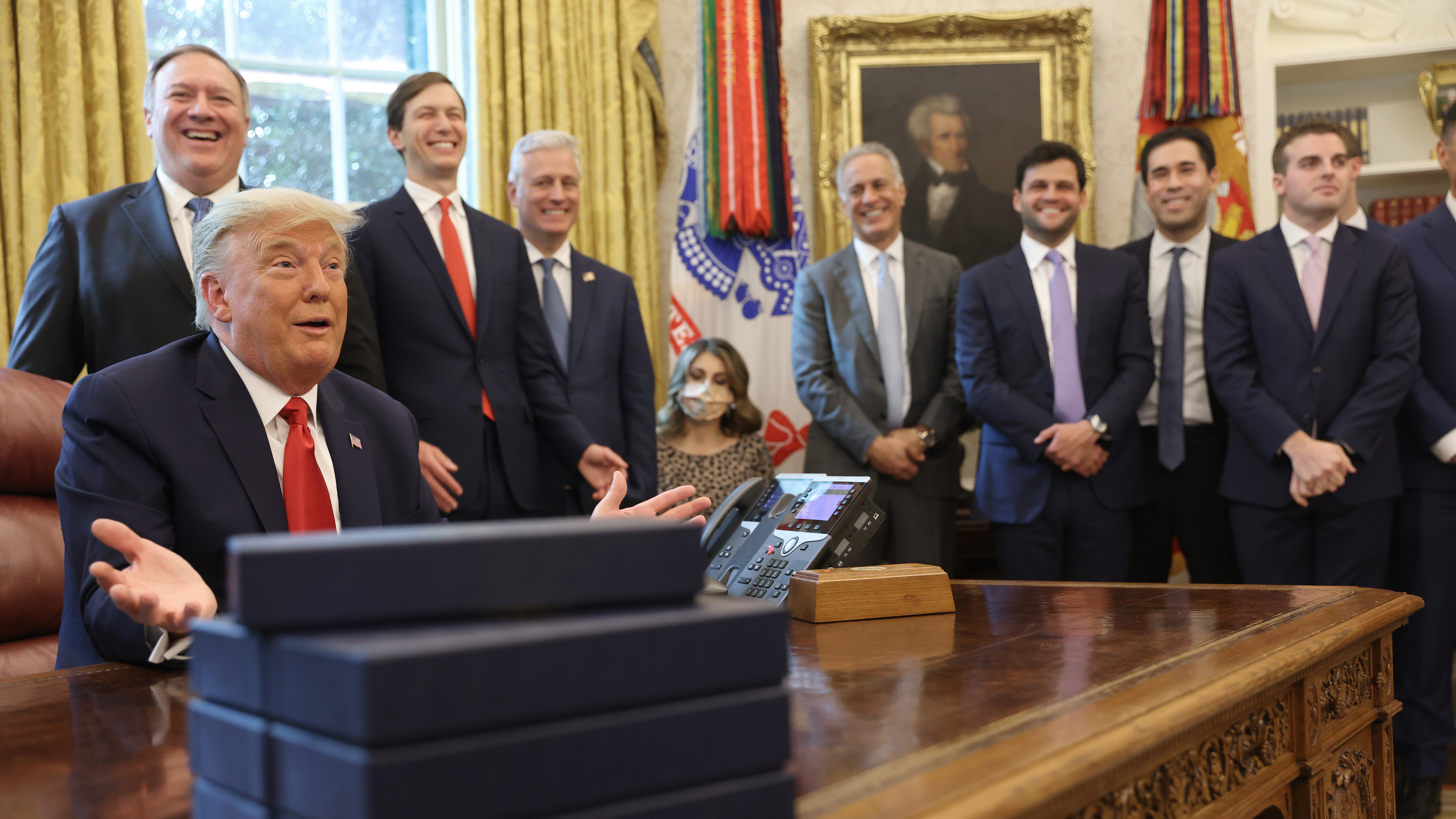 The Abraham Accords policy initiative came as a shock to the international community, but unlike many of the other shocks delivered by the Trump administration, it was well received.

These two agreements were shortly followed by a deal between Israel and Sudan brokered by the U.S., which was announced on October 23, where the two sides agreed to take steps to normalize their relations. However, key pillars of the agreement have been questioned by both the U.S. and Sudanese, which threaten to derail the process. Can the outgoing Trump administration salvage the Accords? And what future does the policy have in a Biden presidency?

Throughout the Obama administration, a "two-state solution" had been stipulated as the condition for normalization with other Arab nations. Then Secretary of State, John Kerry, stated in 2016 that "if Israel goes down the one-state path, it will never have true peace with the Arab world."

Hitherto, Sudan has been one of Israel's greatest foes, thus, demonstrating how remarkable the Abraham Accords are.

Sudan has long been listed by the U.S. as a "state sponsor of terror," as well as for harboring Osama Bin Laden. Sudan is believed to have shipped considerable volumes of men and equipment to Hezbollah and other organizations that Israel considers to be a serious threat.

However, as U.S. Ambassador to Israel David Freidman stated, "We thought there was more opportunity than perhaps Secretary Kerry did at the time." Donald Trump's iconoclastic nature has indeed cleared a path for Joe Biden's team. Many "unsayable" truths have been aired, holding NATO members to account over their 2 percent defense commitment, cancelling trade agreements which do not necessarily offer value to the U.S. etc. – these are positions with plenty of cross-party support which have gone unarticulated for decades. Biden can now build on such progress.

So too with Israel, Trump appears to have broken the impasse which has held the region back. Overcoming the Sudanese hurdle is a key test of the longevity of the policy and would likely clear the path to more signatories. 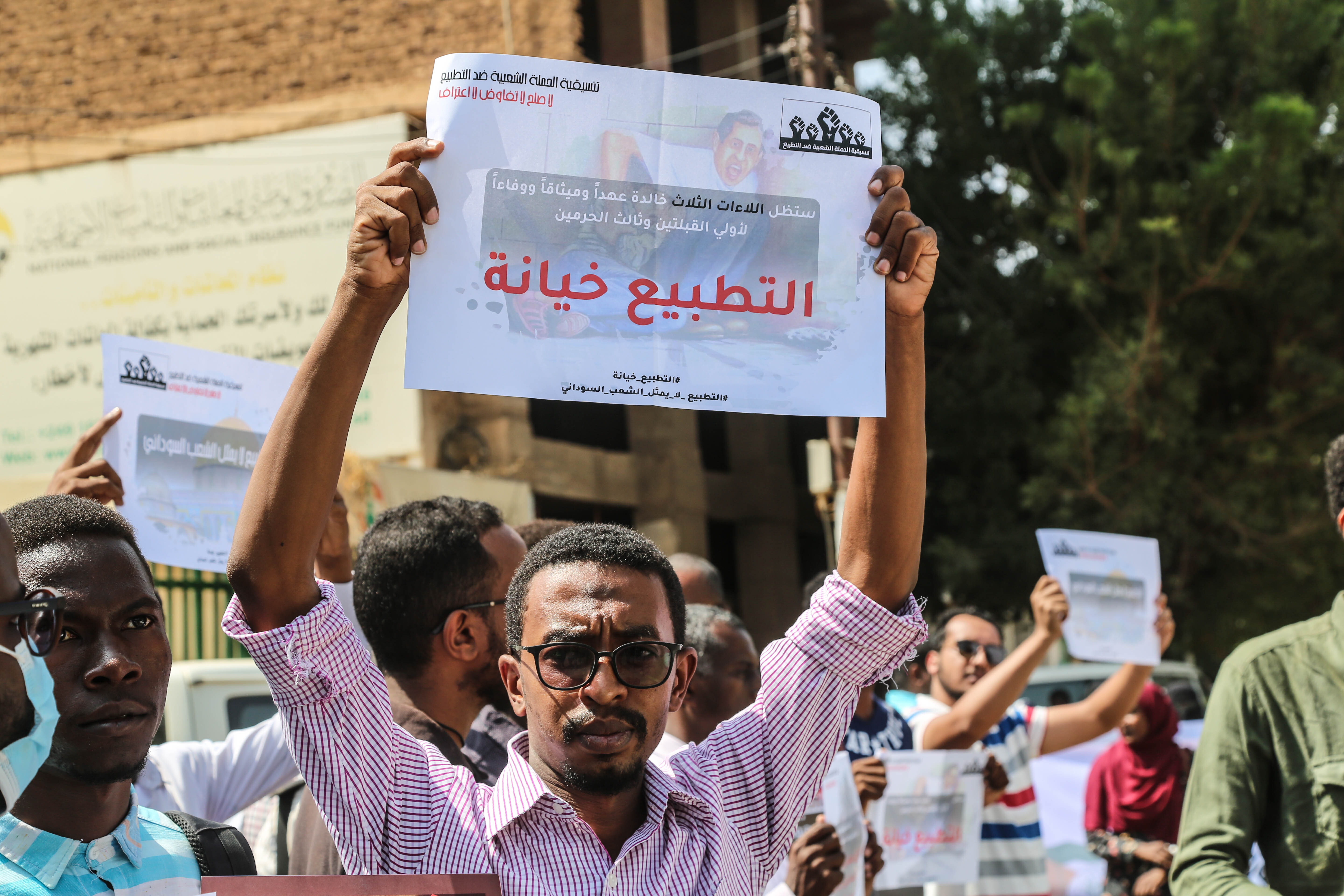 Sudanese people stage a protest against government's decision to resume diplomatic and commercial relations with Israel in front of Prime Ministry in Khartoum, Sudan, October 27, 2020. /Getty

Sudanese people stage a protest against government's decision to resume diplomatic and commercial relations with Israel in front of Prime Ministry in Khartoum, Sudan, October 27, 2020. /Getty

To secure the deal, the U.S. agreed to remove Sudan from the "state sponsors of terror" list as well as a bring forward legislation restricting new legal action being brought by U.S. victims of terror. The deadline for passing the bill is December 14.

This clause, however, has threatened to derail proceedings. Senate minority leader Chuck Schumer and foreign relations ranking member Bob Menendez are threatening to block the measure over concerns from their constituents affected by 9-11 and its legacy in their New York and New Jersey wards.

In Sudan too, there is reluctance. The nation's political leadership is fragile with a clear split between the military who are more enthused by the accords, and the more skeptical civilian wing, headed by Abdalla Hamdok, who advocates delaying the agreement until elections in 2022.

While Sudan has asked Israel to lobby senators to back the motion, Sudanese Sovereignty Council General Abdel Fattah al-Burhan is reported by the New York Times to have threatened to place the normalization process "on hold" if the bill does not pass.

It would be surprising if a bipartisan effort could not be mounted to secure the passage of the bill though. Sanam Vakil, deputy director at the Chatham House think tank, observed that "the Biden administration has thus far been quite welcoming of the Accords" and sees them as the framework for bipartisan efforts in the region.

Vakil also alluded to a "greater U.S. detachment and prioritization of domestic policies as well as larger geopolitical tension with Russia and China." Such a detachment led to "schizophrenic policies from both Obama and Trump administrations."

The Abraham Accords, therefore, offer a golden opportunity for rapid change while U.S. attention is on the region, with the obvious prize of easing sanctions and the added benefit trade with Israel can bring. In agriculture alone, Israeli expertise could bring untold benefit to the 80 percent of Sudanese dependent on the sector.

Vitally, the policy also aligns a powerful group of Sunni governments wary of the perceived threat from Shia neighbors, as well as indirectly tempering tense relations between Palestine and Israel.

An agreement between Sudan and Israel is unlikely to result in the bonhomie which has evolved from the one between Israel and the UAE. However, few would have predicted the opening of Jewish schools in Dubai, or the Israeli government projecting an Emirati flag on Tel Aviv's city hall marking the national holiday of their "new friends," as Israeli Prime Minister Benjamin Netanyahu tweeted in Arabic earlier this month.

Stability and an easing of sanctions are likely to be the key motivations for Sudan. It would be remiss though for the incoming administration and U.S. political establishment to allow the opportunity to pass. Securing a lasting peace in a region which has long been a U.S. policy bete noire, would help ease the untold suffering of millions and is surely worthy of bipartisan support.