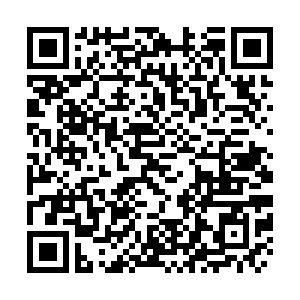 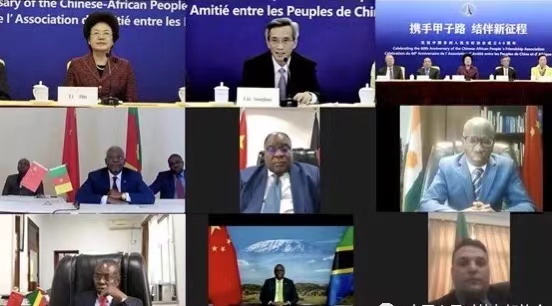 The 60th anniversary of the China-African People's Friendship Association was hold in Beijing, December 09, 2020. /Photo courtesy to CAPFA

The 60th anniversary of the China-African People's Friendship Association was hold in Beijing, December 09, 2020. /Photo courtesy to CAPFA

China is willing to work with people from all walks of life in African countries, further strengthen the friendship with African countries based on mutual understanding and win-win cooperation, and enhancing cultural exchanges and medical partnership between the two sides, Li Bin, president of Chinese-African People's Friendship Association said on the 60th anniversary of CAPFA on Wednesday.

In her keynote speech on the ceremony, Li stressed that the concluded fifth plenary session of the 19th Central Committee of the Communist Party of China not only drew a blueprint for China's future economic and social development, but also provided new opportunities for countries in Africa and beyond.

She said the world today is undergoing profound changes unseen in a century and the COVID-19 is a severe test for all human beings, so Chinese and African people, more than ever before, need to work together to overcome the difficulties.

Lin Songtian, president of the Chinese People's Association for Friendship with Foreign Countries (CPAFFC) also gave a speech, saying China has always been promoting to build a China-Africa community with a shared future based on win-win cooperation. And with the Belt and Road Initiative and the Forum on China-Africa Cooperation (FOCAC), industrialization and urbanization in African countries have accelerated.

In the future, the CPAFFC, together with CAPFA will continue actively coordinating between China and Africa, boosting the development of B&R and the Agenda 2063, African Union's strategic framework for transforming Africa into a global powerhouse.

Over 200 deputies from China and African countries participated in the ceremony both online and offline, including Uganda's vice president, a former prime minister of Tanzania and dozens of ambassadors from African countries to China.

The ambassadors thanked the CAPFA for its contribution to enhancing China-Africa ties and expressed that they will continue to work closely with the organization, further promoting the exchanges and cooperation between China and Africa and safeguarding world peace.

The Chinese Foreign Ministry on Thursday also hailed the 60th anniversary of association, calling it a representation of China-Africa relationship heading to a mature stage, Spokesperson Hua Chunying noted at a daily briefing.

As the earliest founded civil body specialized in people-to-people diplomacy, Hua said the association has already become a backbone force for the bilateral exchanges.

Appreciating the great contribution the association made to developing bilateral ties, Hua said that China is ready to step up efforts in enhancing cooperation between the two sides to bring more benefits to both people in China and Africa.