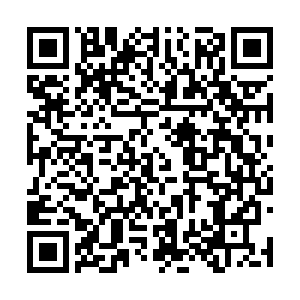 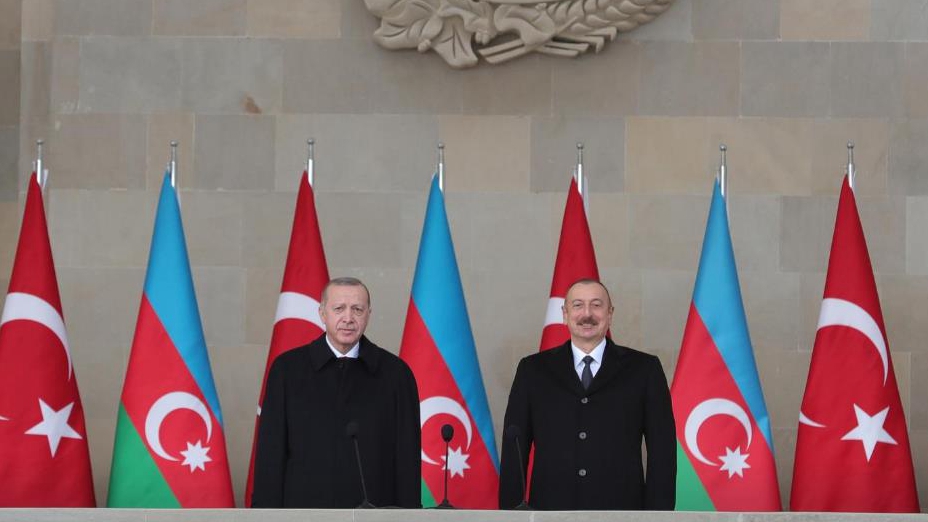 Presidents Tayyip Erdogan of Turkey (L) and Ilham Aliyev of Azerbaijan attend a military parade to mark the victory on Nagorno-Karabakh conflict, in Baku, December 10, 2020. /Reuters

Presidents Tayyip Erdogan of Turkey (L) and Ilham Aliyev of Azerbaijan attend a military parade to mark the victory on Nagorno-Karabakh conflict, in Baku, December 10, 2020. /Reuters

At a military parade in Baku, Turkish President Tayyip Erdogan on Thursday renewed a call for a change of leadership in Armenia, while offering the country the chance of joining a regional cooperation group alongside Azerbaijan.

The large-scale military parade, which Azerbaijan said was held to mark its "victory" against Armenia in the Nagorno-Karabakh conflict, came days after the Armenian side said the country will hold negotiations with Azerbaijan.

The negotiations will likely take place this year under Russian mediation, according to Armenia Deputy Prime Minister, Tigran Avinyan.

Erdogan voiced hope in his speech that Armenia would take lessons from the defeat and noted that Turkey was ready to reopen the border with Armenia if it takes unspecified "positive steps."

Turkey and Azerbaijan have shut their borders with Armenia ever since the Nagorno-Karabakh conflict erupted, a blockade that has weakened the economy of the landlocked country. 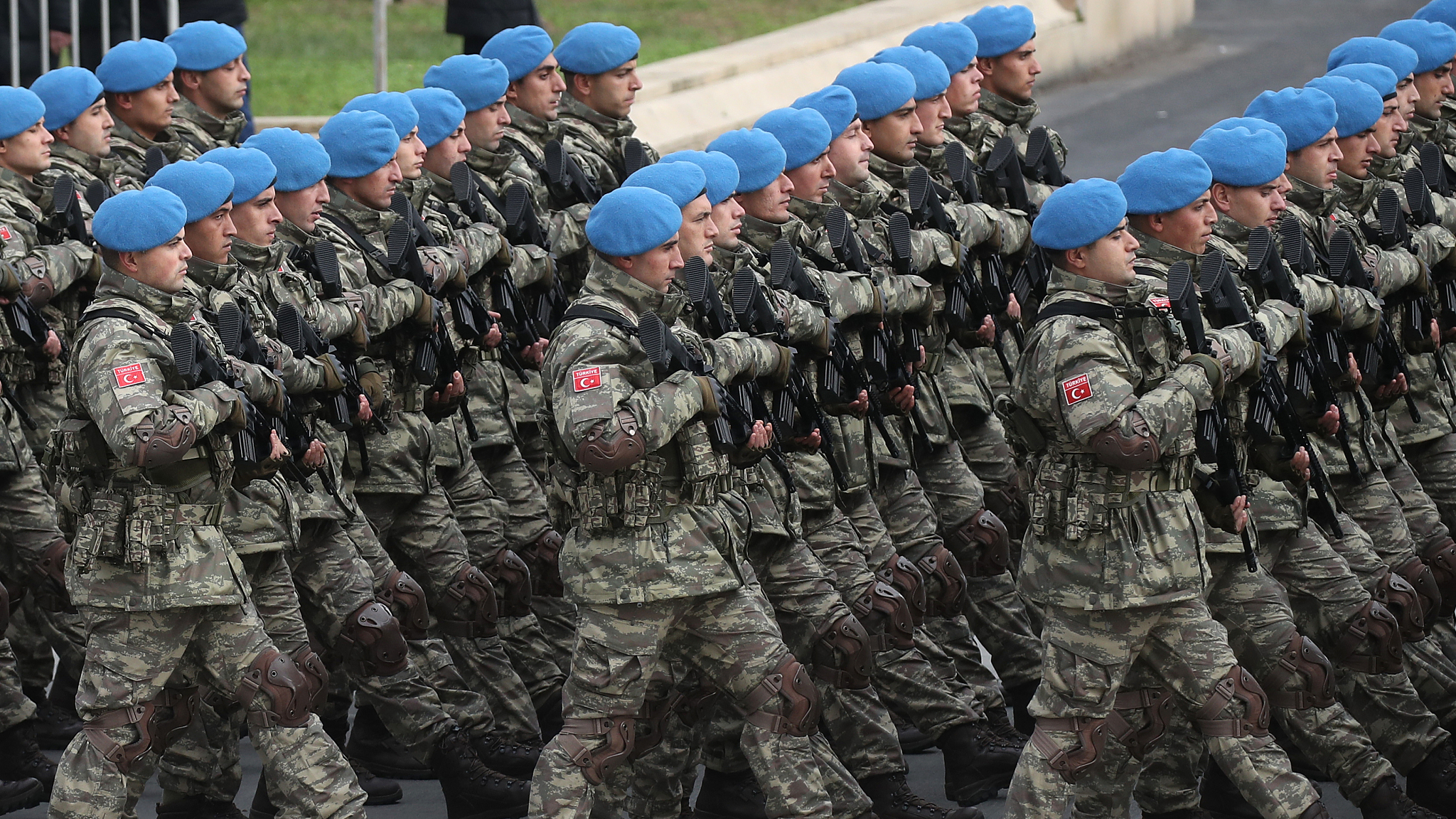 Soldiers march in formation before the start of a military parade in Baku, Azerbaijan, December 10, 2020. /VCG

Soldiers march in formation before the start of a military parade in Baku, Azerbaijan, December 10, 2020. /VCG

Erdogan had discussed with his Azeri counterpart on forming a cooperation initiative alongside Russia, Iran, and Georgia. "Armenia could also participate and see its border with Turkey reopened if it took positive steps," said Erdogan.

The November 10 peace deal became a major trauma for Armenians, triggering a month of protests calling for the resignation of the country's prime minister, Nikola Pashinyan, who refused to step down, describing the peace agreement as a bitter but necessary move that prevented Azerbaijan from taking over the entire Nagorno-Karabakh.

As Aliyev and Erdogan watched the parade in Baku, several thousand people in Armenia's capital demonstrated in front of the government building to push the demand for Pashinyan to resign. Protesters tried to enter the building but were pushed back by police who arrested scores.

At Thursday's parade, helicopters bearing the flags of Turkey and Azerbaijan flew over the nearby Caspian Sea, almost 3,000 Turkish troops marched across Baku's main square, and Azeri tanks and soldiers filed past the two men.