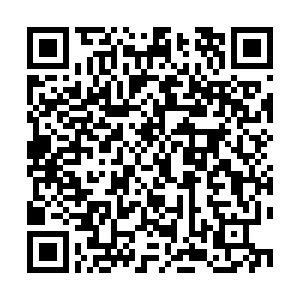 Even though the coronavirus pandemic may still be weighing on economic activity, global trade is expected to see strong growth in 2021 and in subsequent years, according to global express service provider DHL Express.

The company's CEO John Pearson bases his optimism on expected pent-up demand brought about by the pandemic, an acceleration of trade liberalization, and the rapid growth of e-commerce this year.

"There's a natural pent-up demand during the pandemic year. People haven't been able to run as fast (but) they have run incredibly well," Pearson told CGTN's Global Business.

He also noted that trading activity had continued amid the pandemic because of the strong momentum that had developed before COVID-19 struck.

"I would say that trade liberalization is very strong right now," Pearson continued, referring to trade policy documents that were being written and signed in facilitating bilateral and multilateral trade.

"I think there's a general tone of openness and accessibility to trade as we go into next year. So I'm very positive in that sense."

He said that the pandemic has accelerated the growth of e-commerce, adding that the sector has achieved 3-4 years of growth within 3-4 months.

Marketresearch.com forecasts that the global courier and messenger market will experience a slight expansion this year before recording close to 10 percent growth in the next three years.

DHL Express estimated in October that shipping volumes would increase by over 50 percent in the peak season spanning from November to February. The logistics company attributed the growth to globalization and digitalization.

Pearson said that he expects shipping volumes to remain at high levels.

"(In) my view, the volumes will remain very strong right up to and including Chinese New Year. Quite frankly, for the rest of next year," he said. "I think (the) e-commerce story has longevity, it's very enduring. It's fascinating to know that globally, trade is only just a little bit below where it was last year."

"The factories are absolutely at full tilt and pumping at full capacity there in China," he said.

(Lily Lyu contributed to this story)