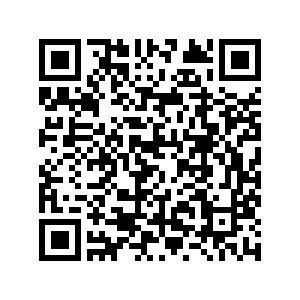 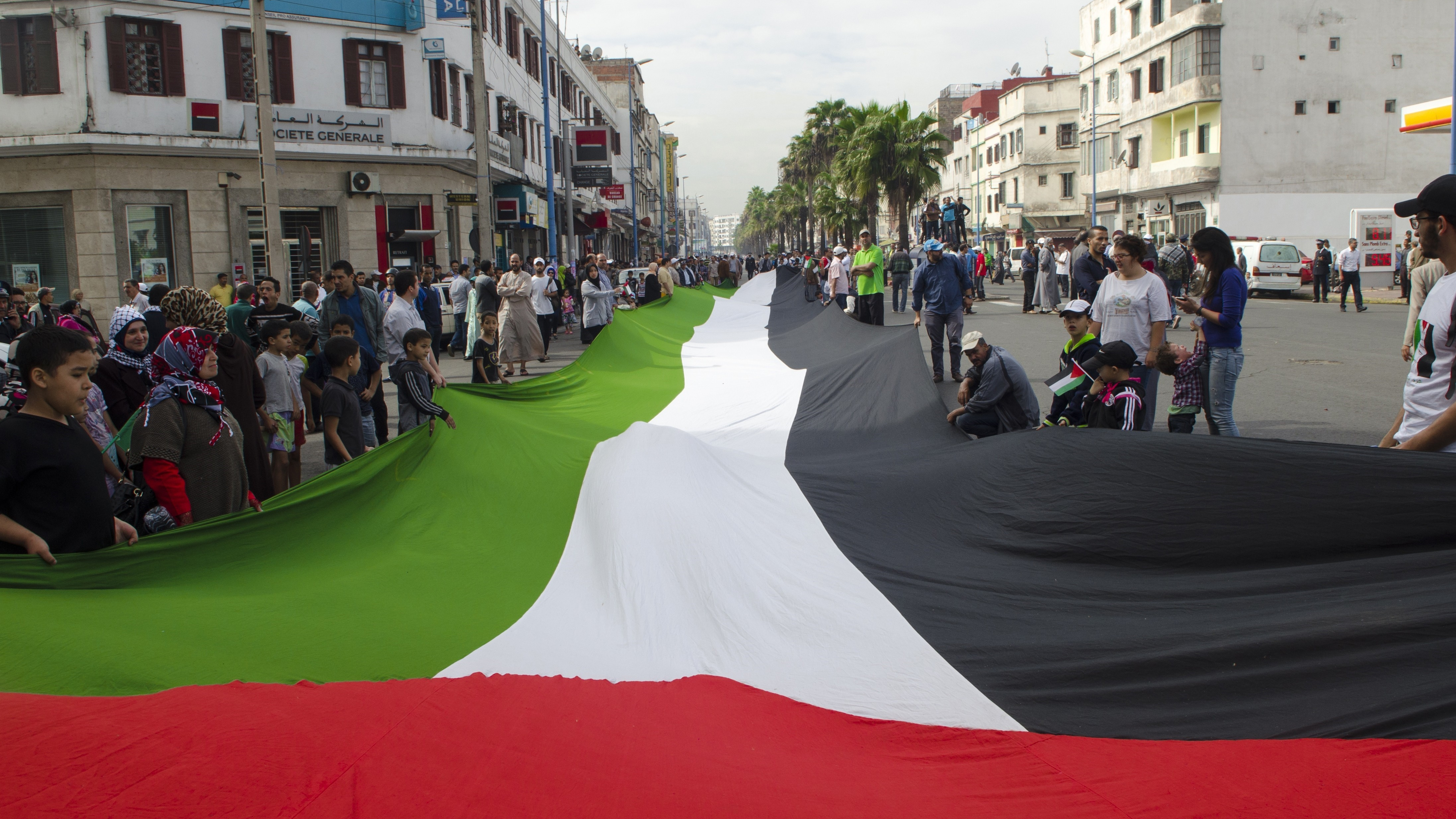 On December 10, Morocco became the fourth Arab country in four months to announce that it would establish full diplomatic relations with Israel. The news was welcomed by both the Israeli Prime Minister Benjamin Netanyahu and U.S. President Donald Trump, who both claimed that it was an important contribution to peace in the Middle East.

However, it is far from clear who will be the chief beneficiary of the move, with the Sahrawi people in Western Sahara and the Palestinians most likely to lose out. As for those who benefit, as well as providing another diplomatic gain and regional recognition for Israel and the opportunity for more trade and investment in Morocco, it may well turn out to be the last hurrah for this type of diplomacy by the Americans.

For those who will probably lose from the deal, the Sahrawis will be especially aggrieved. In exchange for normalizing relations with Israel, the U.S. agreed to recognize Morocco's claim over Western Sahara. Western Sahara is a former Spanish colony whose indigenous people, the Sahrawis, have long sought independence. Between 1975 and 1991, they fought a war against Morocco under the Polisario Front.

Although the fighting was halted by a ceasefire – which the U.S. played a role in establishing – it never resolved the differences between Morocco and the Sahrawis. Last month, fighting began again when the Polisario Front claimed that Moroccan troops had breached the border.

The resumption of violence means that any move to change the status of Western Sahara could not come at a worse time. Furthermore, it could also exacerbate tensions in the region between Morocco and Algeria, owing to Algeria's longstanding support for the Polisario Front.

Besides the Sahrawis, normalization between Morocco and Israel may also have an adverse effect on the Palestinians. Although Morocco's King Mohammad VI called Palestinian President Mahmoud Abbas to reiterate his commitment to the two-state solution, yesterday's decision could well undermine it.

Admittedly, the negotiations between Israel and the Palestinians have been frozen for some time now. Despite that, there has been a longstanding assumption was that a successful peace agreement and establishment of a Palestinian state through the Oslo process would open the door to Arab countries normalizing relations with Israel.

In deciding to normalize its relations with Israel, Morocco has followed similar moves by the UAE, Bahrain, and Sudan in recent months and with no change in the Palestinian question. Moreover, there is no sign that it will lead to one. For example, none of the Arab states have used their decision to pressure or leverage Israel back into talks with the Palestinians. In addition, the UAE claimed that in exchange for normalization, Israel halted an anticipated annexation of part of the West Bank – an assertion that was swiftly demolished by Israeli sources. 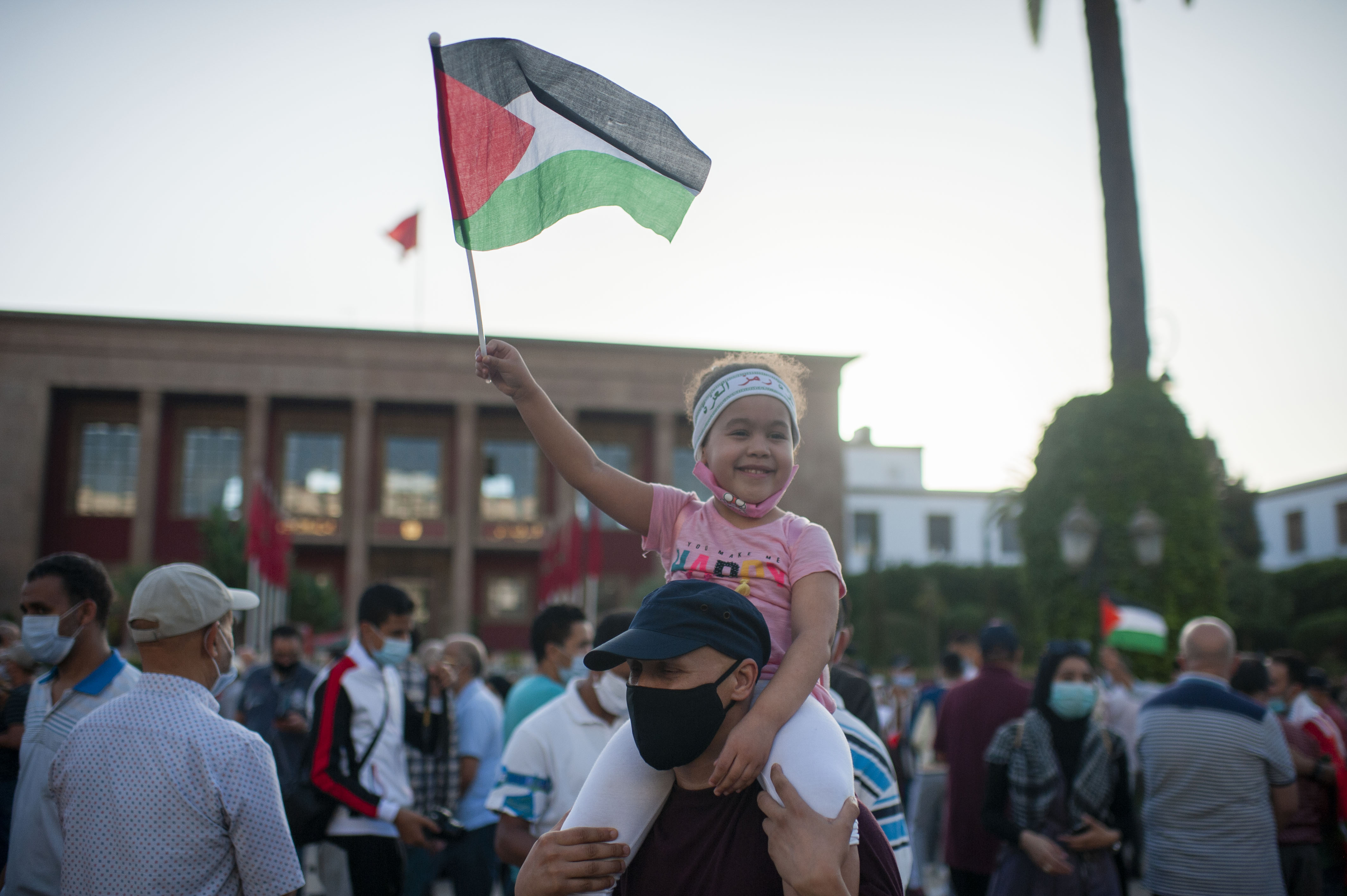 A group of people gathers outside the parliament building to protest UAE and Bahrain signing a normalization deal with Israel in Rabat, Morocco, September 18, 2020. /Getty

A group of people gathers outside the parliament building to protest UAE and Bahrain signing a normalization deal with Israel in Rabat, Morocco, September 18, 2020. /Getty

At the same time, the Moroccan move both shows the extent to which the U.S. is prepared to use its influence to push for change in the region as well as its limits. Shalom Lipner, a non-resident fellow at the Atlantic Council, sees the Morocco-Israel deal as only the latest in a series of highly transactional moves by the U.S. under Trump. Besides offering Western Sahara to Morocco, he has also been willing to offer a weapons deal to the UAE and to remove Sudan from the list of terrorist sponsors.

Although the deal has been portrayed as a success by Trump, the scope for further action of this kind may be narrowing. Next month Joe Biden will replace Trump as president, and there is a suspicion that he may move away from such transactional diplomacy and look to restart more established peace processes like Oslo.

In addition, it is not clear that the rapprochement between Israel and Morocco is as significant as it is being portrayed. First, the two are already firmly ensconced within the West and its orbit, which makes it easier for both to coordinate and align with each other. That means that normalization will not result in a substantial geopolitical shift. Both countries have important political and economic ties with the West, in the form of free trade agreements with the U.S. and close associative partnerships with the EU. In addition, European firms also have a presence in both countries' economies, with Morocco an important base in French car companies' manufacturing and supply chains.

Second, both Morocco and Israel are not strangers to each other. Although the two have not had formal diplomatic relations, they had low-level ties after the Oslo accords were signed between Israel and the Palestinians in 1993. Although those were publicly broken off during the Second Intifada, they continued in a discrete fashion afterward, including through intelligence sharing and in trade. Although never reported by Morocco, Israeli figures suggest that it is worth around $30 million a year. In addition, a number of Israeli companies in the form of subsidiaries are believed to be operating in Morocco. If anything, the normalization deal's main contribution will be to remove the veil on current business and encourage more open investment and trade.