Download
Is a China-U.S. economic rapprochement on the horizon?
Ken Moak 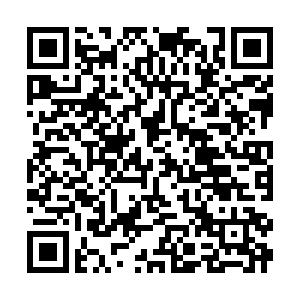 Editor's note: Ken Moak, who taught economic theory, public policy, and globalization at the university level for 33 years, co-authored a book titled "China's Economic Rise and Its Global Impact" in 2015. The article reflects the author's views and not necessarily those of CGTN.

After four years of outgoing President Donald Trump's anti-China rant and destructive policies, the world must be filled with hope and joy to hear President-elect Joe Biden's nominee for Secretary of State Antony Blinken saying decoupling from China is "unrealistic and counterproductive" at a U.S. Chamber of Commerce gathering. In signaling an economic rapprochement or engagement with China, the new administration could repair the eco-geopolitical damages that Trump's reckless policies had inflicted on the two countries and the world. Should that materialize, it would improve world economic stability and reverse the faltering economies made worse by the COVID-19 pandemic.

Trump's trade war against China had largely slowed down economic growth and risk geopolitical stability in the Asia Pacific and beyond. Trump's imposition of up to 25 percent of tariffs on $350 billion of Chinese goods had increased production costs and consumer prices and put U.S. farmers in financial jeopardy, culminating in U.S. economic growth falling from 3.1 percent in 2018 to 2.3 percent in 2019, according to the World Bank. The economic downturn was exacerbated by the Trump's inability to curb the spread of the coronavirus, sinking the economy by nearly 5 percent in 2020. In this sense, China-U.S. economic cooperation is needed more than ever.

In addition, addressing global issues such as climate change requires the participation and cooperation of China and the U.S. Being the two major greenhouse gas (GHG) emitters and economic stakeholders, China and the U.S. must work together to lead the world in reducing global warming, which so far has had a devastating effect on the world's economy and human lives.

The fact of the matter is that China-U.S. decoupling on anything is not an option. Decoupling could lead to the establishment of two trading systems, breaking up the present one and the World Trade Organization (WTO). Though far from being perfect, the WTO managed to bring some sort of order to the world trading system. The WTO offered legal remedies for nations suffering "unfair" trade practices by other countries. For example, the world trade body sided with China, ruling Trump's tariffs on $200 billion of Chinese goods breached WTO rules in September 2020. Without a common conflict dispute mechanism, world trade could plunge into chaos, making it more likely for countries to fight each other as they did in the 19th and early 20th centuries.

Two trade systems would also lead to misallocation of resources, increasing inefficiency, and reducing productivity. Countries that belong to the U.S.-led system might not be able to take China's manufacturing comparative advantage, thus eroding their competitiveness. And as Trump's trade wars attested, multilateralism or globalization cannot be turned back, in part, because China has become a hub in the global supply chain and cannot be easily replaced. Blinken correctly noted that China's comparative advantage is not cheap labor but successfully moving up the manufacturing value-added chain, producing sophisticated components that it once had to import.

Signage is displayed outside the A&T Stainless steel plant in Midland, Pennsylvania, U.S., on Monday, March 2, 2020. Allegheny Technology Inc. is petitioning the Trump administration for an exclusion from the 2018 tariffs so it can stay in business and keep employing some 100 workers. The company needs the clemency because it brings in raw stainless from overseas. /Getty

Signage is displayed outside the A&T Stainless steel plant in Midland, Pennsylvania, U.S., on Monday, March 2, 2020. Allegheny Technology Inc. is petitioning the Trump administration for an exclusion from the 2018 tariffs so it can stay in business and keep employing some 100 workers. The company needs the clemency because it brings in raw stainless from overseas. /Getty

A case in point is Apple's iPhone. According to an article published on Asian Times, "Decoupling from China rejected by Biden Team," in 2009, China provided only labor in producing the U.S. company's 3G phone. But in 2018, the Asian giant produced high-end parts such as printed circuit boards and camera modules for the iPhone X, effectively increasing its share of the bill of materials from 3 percent in 2009 to over 25 percent in 2018. This percentage will likely increase because of China's push for innovative manufacturing and technological self-sufficiency. In this sense, China's comprehensive ecosystem of the value-added manufacturing supply chain will be difficult to replace.

In any event, few if any U.S firms will be willing to abandon the increasingly affluent and huge Chinese market, soon to replace the U.S. as the world's largest consumer market. In fact, it is responsible for 20 percent of Apple's total sales, and General Motors sells more cars in China and anywhere in the world, including the U.S.

This explains why over 90 percent of U.S. firms refused to leave China, albeit under strong pressure and financial incentive to return home and relocate elsewhere from the Trump administration. The same is true for Japanese firms, the majority of which "say thanks but no thanks" to former Prime Minister Shinzo Abe's offer of over $2 billion to move out of China.

Why the reason is simple: no country on earth, including the U.S. and Japan, can produce goods as efficiently as China in terms of cost and quality, even though Chinese wages had increased significantly relative to those of other developing nations. China's comprehensive infrastructure system, from roads to supply chain, increased productivity to the level that it could easily offset wage rises, leaving very few if any country can compete with China on production.

Equally important to note is that even if the U.S. does not want to do business with China, other countries do. According to China's National Development and Reform Commission, in 2019, the amount of Foreign Direct Investment China used in 2019 increased by 5.8 percent compared to a year ago. In light of China's 14th Five-Year Plan's "dual circulation" strategy of boosting growth through domestic demand, China could be the biggest FDI recipient for years to come.

Finally, decoupling could stabilize global geopolitics or security because working together instead of confronting each other on the economic and other realms would necessarily improve understanding, leading to a stable relationship. There are a million reasons to cooperate, but none for decoupling.