Download
From snow mountains to spotlight: How can Tenzin aid local tourism in SW China?
By Zhang Ziyu 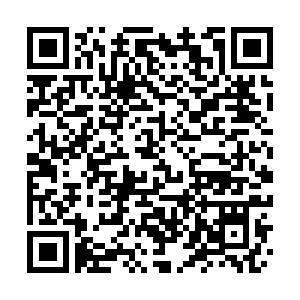 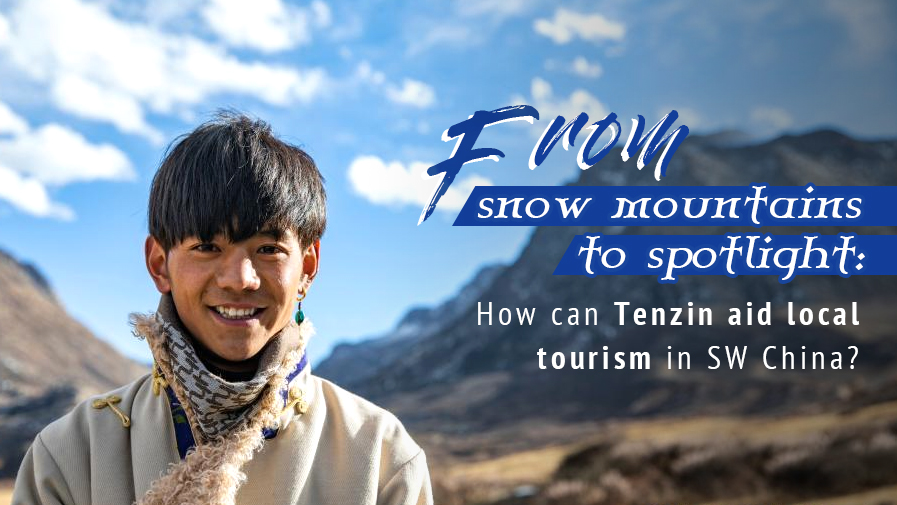 2020 has been a tough year for tourism. With many offline activities moving online due to the coronavirus pandemic, the tourism industry has launched different innovative measures to drive their recovery.

Tenzin, or Ding Zhen in Mandarin, a 20-year-old man of the Tibetan ethnic group recently went viral online for his handsome appearance and innocent smile. His rise to fame was selected as "Top 10 Tourism Events of 2020," according to a CCTV report. His contribution to the tourism industry of his hometown is widely discussed.

The young man with 'stars in his eyes'

Tenzin became an internet sensation after a photographer posted a seven-second video of him smiling on Chinese short-video platform Douyin. Netizens expressed their love to Tenzin on social media with many saying he has "stars in his eyes."

It captured the breathtaking natural beauty of local snow mountains, grasslands and glaciers. The video has sparked a surge in interest in his hometown as a tourist destination. 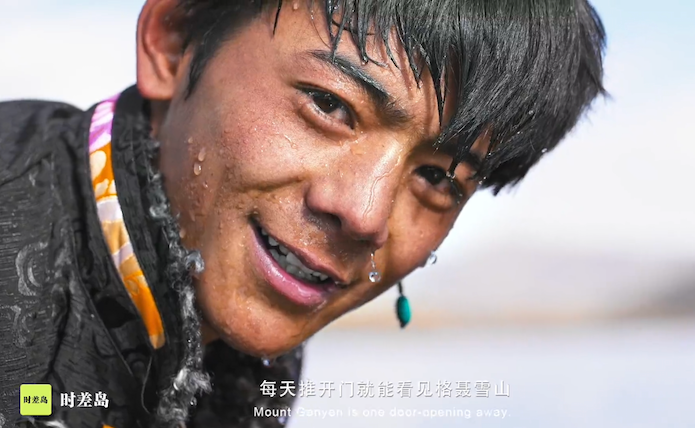 "I think people see a different world from Tenzin's smile, an innocent world far from the cities, very warm and comforting," said a comment with most likes.

Tenzin showed up as the tourism image ambassador of Litang at a tourism conference after the widespread video. His Weibo account saw an explosion in fan base that went past a million followers within two weeks. 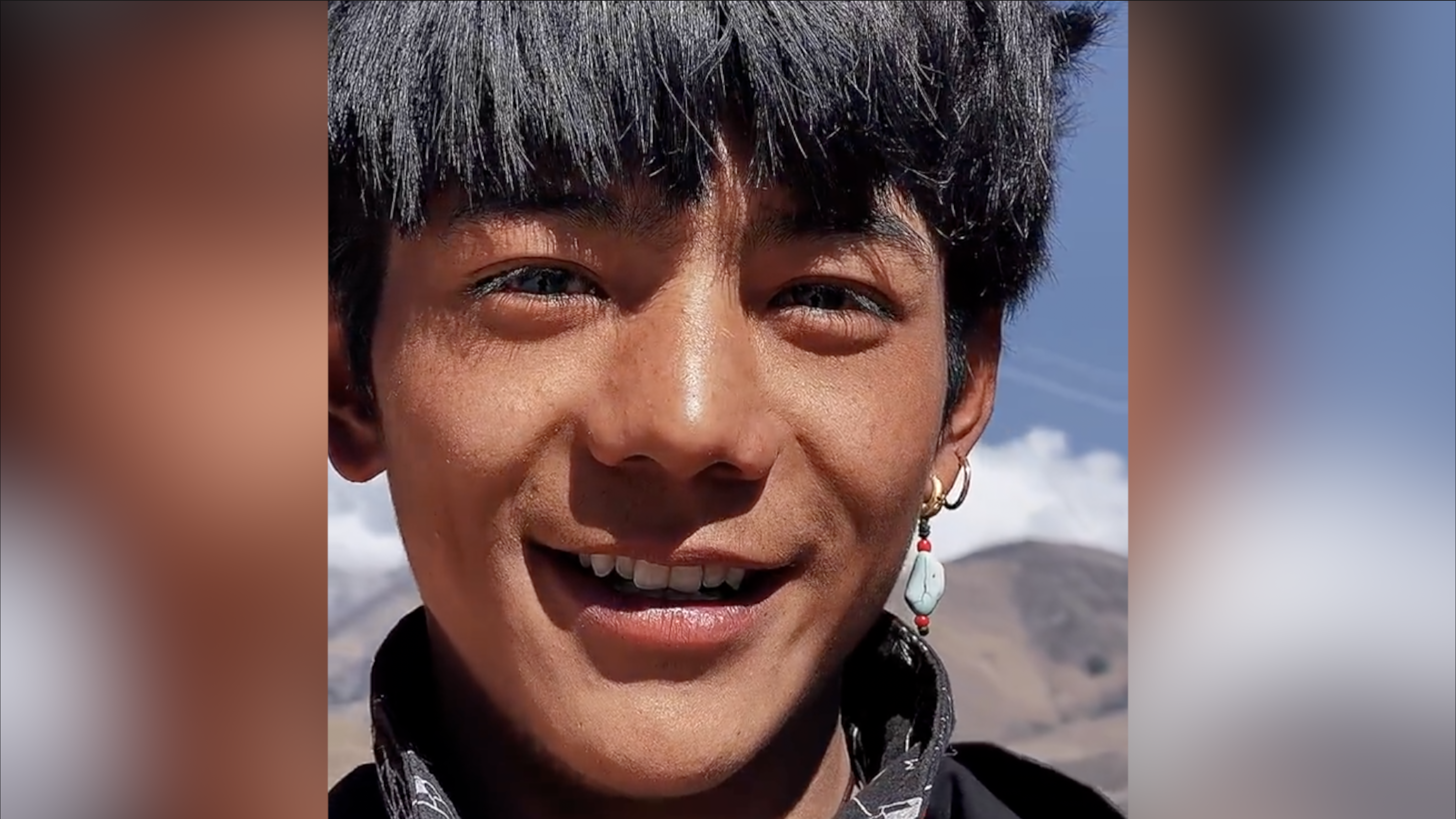 The Litang County influencer's hometown is located in Garze Tibetan autonomous prefecture in Sichuan Province, with a population of around 70,000. It is regarded as one of the highest towns in the world and also once a poverty-stricken area.

In the Tibetan language, "Litang" means "grasslands as flat as a bronze mirror." Its scenery has left deep impression over visitors but local tourism is not as robust as neighboring areas. 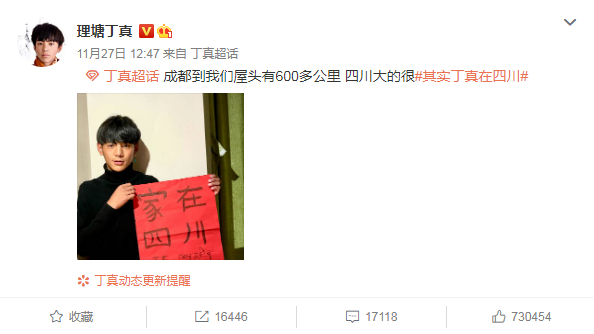 Screenshot of Tenzin's Weibo account which got a million followers within two weeks.

Screenshot of Tenzin's Weibo account which got a million followers within two weeks.

In the promotional video "Tenzin's World," the Tibetan introduced his hometown in not-so-fluent Mandarin, "This is my world. Snow peaks, grassland, temples, stupas, and friends I love."

"Welcome to my hometown," said Tenzin, and his words are obviously influential. In the week from November 23 through Sunday, the search for Litang on the website of Ctrip, China's leading online travel agency, shot up by nearly 620 percent compared with the previous week.

As of November 25, hotel booking in the Garze area was 89 percent up compared to the same time last year, according to online travel service provider Qunar.com. Orders to Ganzi Gesar Airport in Sichuan rose nearly 20 percent year on year, according to National Business Daily's data. 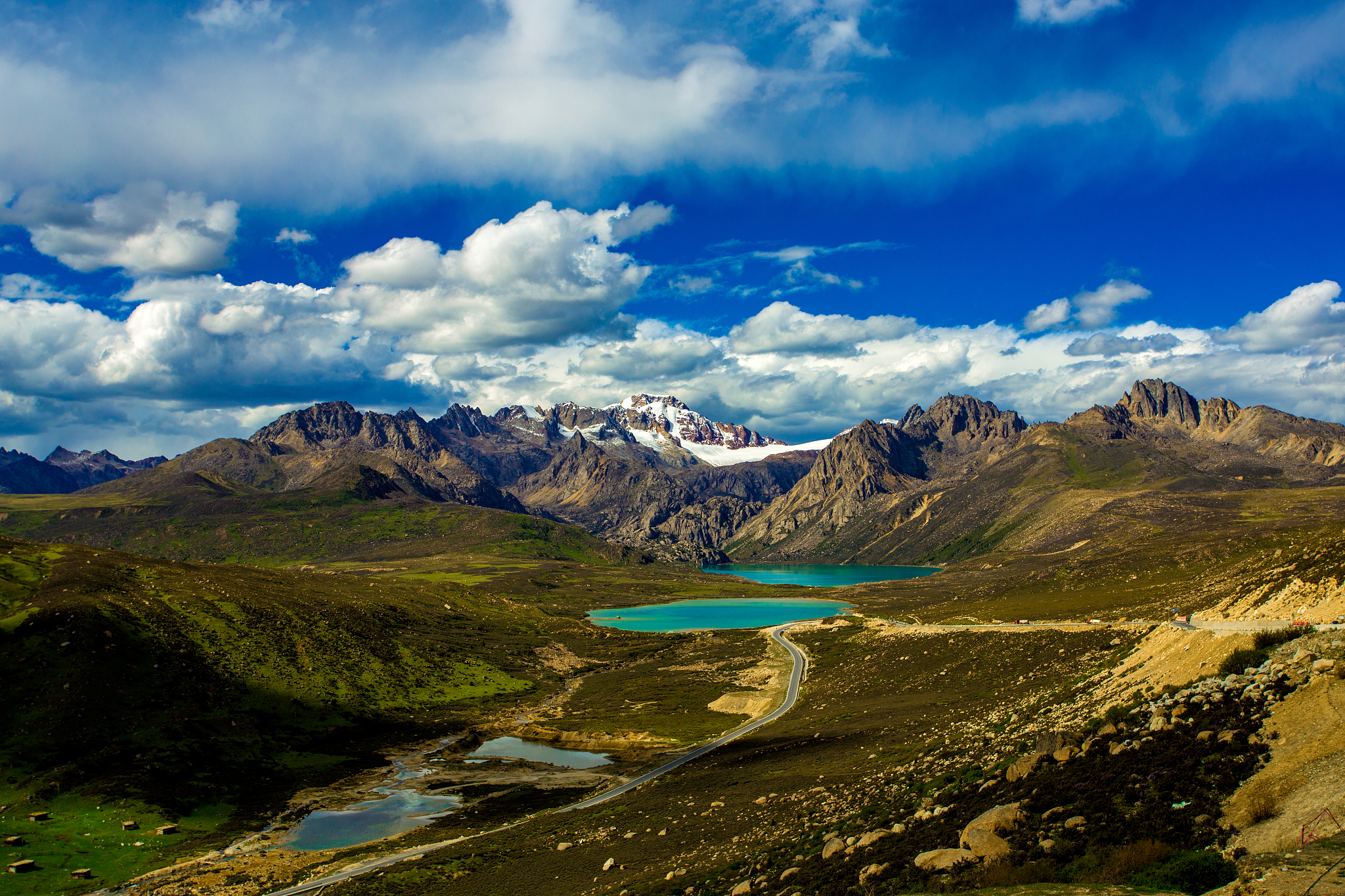 Litang County, Garze Tibetan Autonomous Prefecture in Sichuan Province is one of the highest towns in the world. /CFP

Litang County, Garze Tibetan Autonomous Prefecture in Sichuan Province is one of the highest towns in the world. /CFP

The local tourism office jumped at the chance, announced that entrance to national parks and cultural sites would be free to public from November 15 this year to February 1 next year.

Tenzin's fame helps Litang's tourism authorities to gain high attention within a short time, but it remains uncertain whether they can turn the social media stardom to a long-term tourism brand.