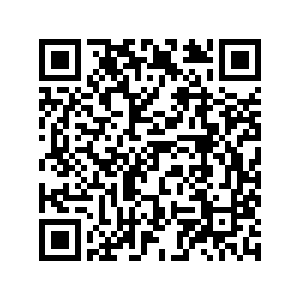 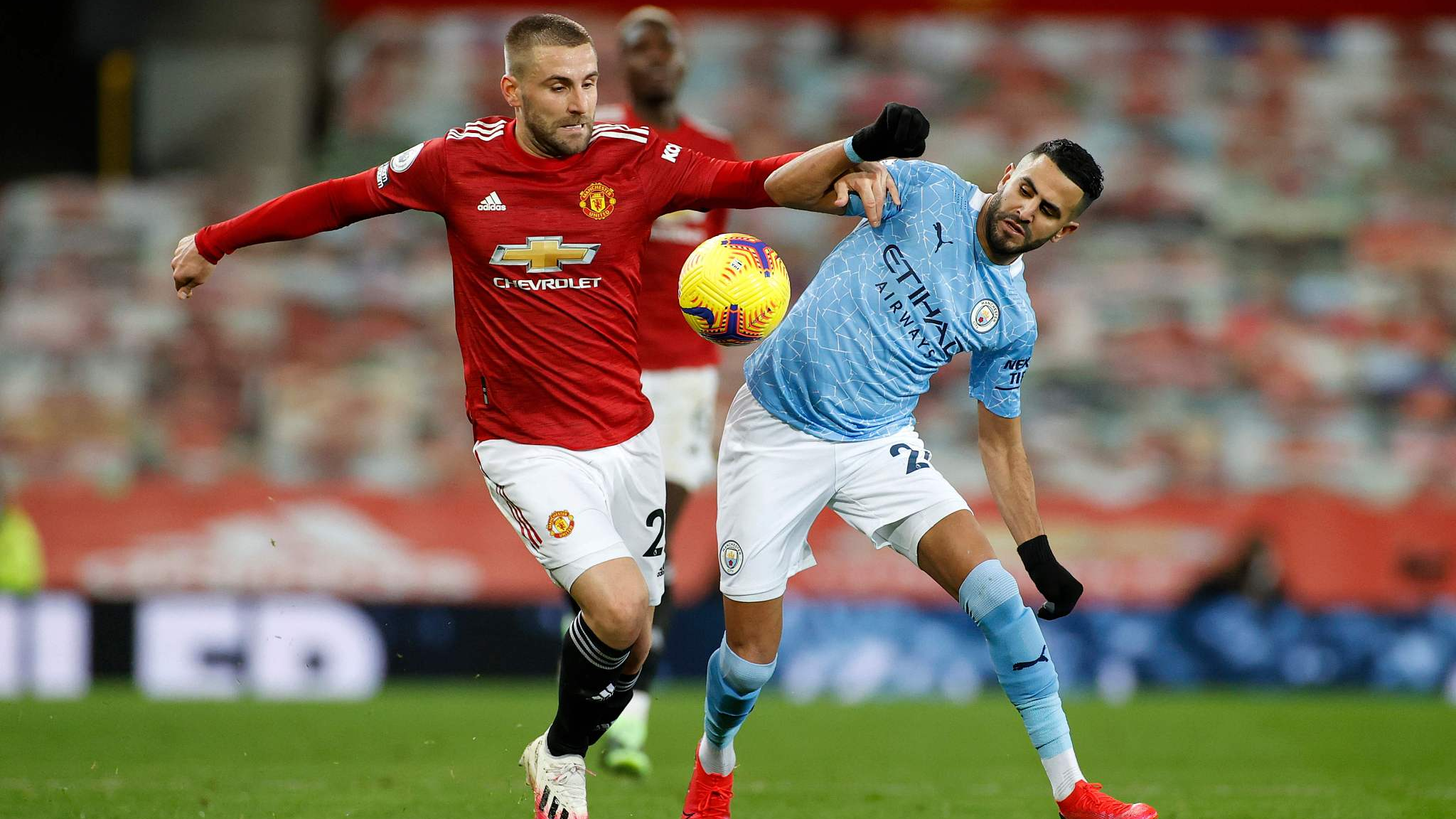 Players in action during the Premier League match between Manchester United and Manchester City in Manchester, UK, December 12, 2020. /CFP

Players in action during the Premier League match between Manchester United and Manchester City in Manchester, UK, December 12, 2020. /CFP

Manchester United had a penalty award overturned as their derby with Manchester City at Old Trafford ended in a disappointing 0-0 draw in the Premier League on Saturday.

United were awarded a penalty in the 48th minute when Kyle Walked kicked Marcus Rashford's foot in the box but the decision was over-ruled after VAR found the United striker had been in an offside position.

City had created little up to that point - a Riyad Mahrez shot was saved by David De Gea in the 35th minute with Kevin De Bruyne unable to capitalize on the loose ball.

United's best chance came in the 54th minute when Paul Pobga put Rashford in on the left but the striker slipped as he shot harmlessly wide.

Ole Gunnar Solskjaer's side are seventh on 20 points with eighth-placed City a point behind after 11 games. 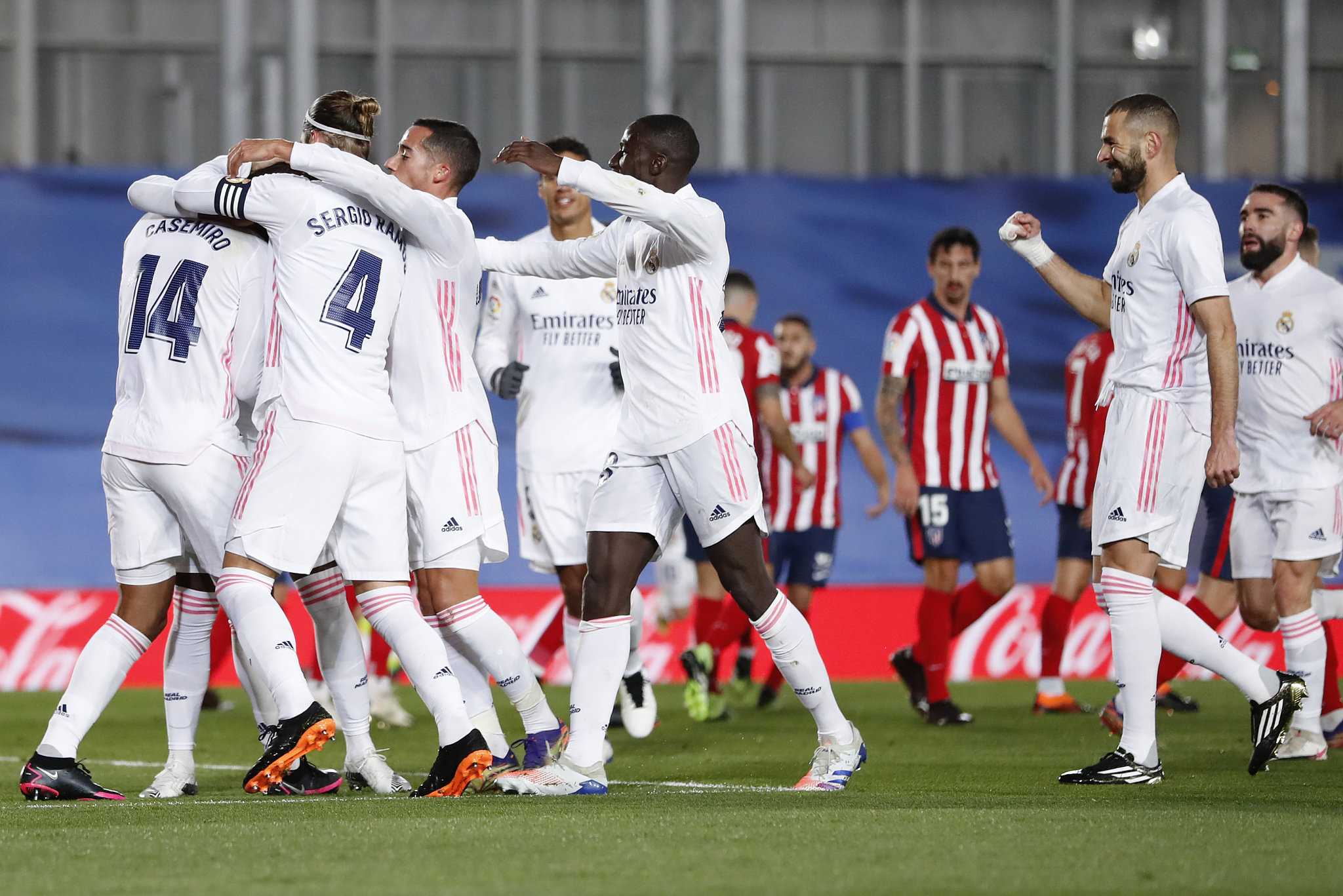 Real, who salvaged their Champions League campaign in midweek by making the last 16, moved to third in the table, three points behind Atletico.

It was a disappointing night for Diego Simeone's side who had boasted a 26-match unbeaten run in the league, stretching back to February.

That was a run which consisted of 17 wins and nine draws. Real had been the last team to beat Atletico in the league.

Zinedine Zidane's team were in front after 15 minutes when Casemiro headed home a corner from Toni Kroos.

That was reward for Real's early pressure which had seen Karim Benzema denied by a fine save from Jan Oblak moments earlier.

Atletico, who also made the Champions League knockout round in midweek, struggled to make any impression and star striker Luis Suarez was an anonymous figure up front.

Real went 2-0 up after 63 minutes with Kroos again the provider.

His pass eventually fell for Dani Carvajal who unleashed a 30-meter drive which hit the post but was diverted into the net by the helpless Oblak. The keeper was credited with an own-goal for his troubles.