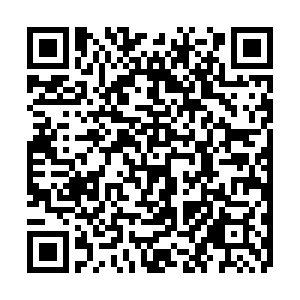 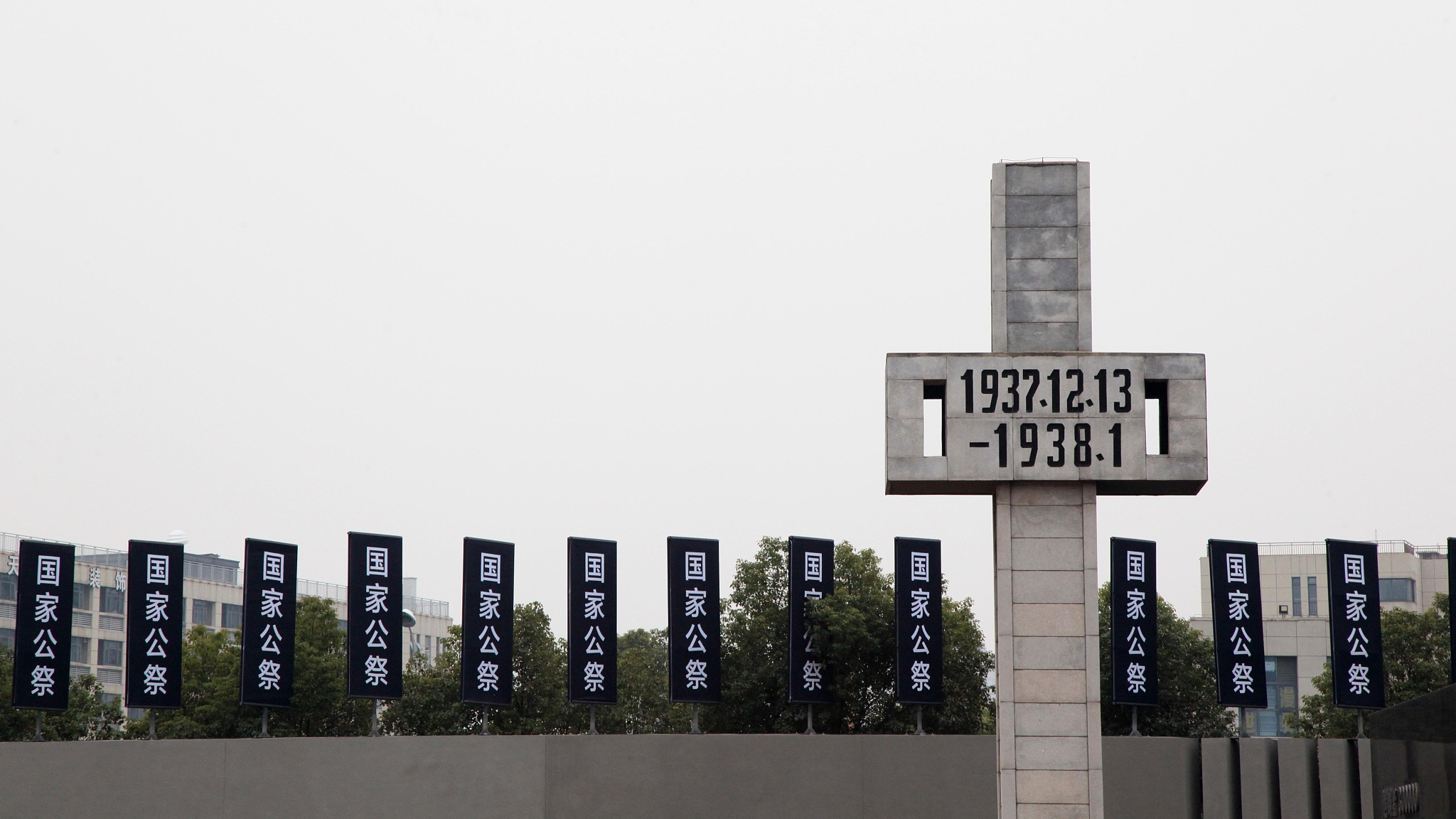 The Memorial Hall of the Victims in Nanjing Massacre by Japanese Invaders. /VCG

The Memorial Hall of the Victims in Nanjing Massacre by Japanese Invaders. /VCG

In August 1994, the U.S. Congress passed a legislation that designated December 7, 1994, as the "National Pearl Harbor Remembrance Day" to memorialize the victims in the Pearl Harbor attack by the Imperial Japanese Navy. A few months later, then President Bill Clinton signed it into law, and in the statement that accompanies his signature, he wrote:

"Those Americans who remember World War II have a profound responsibility: to pass on the lessons of that conflict to the generations that have followed. Never again can America be unprepared, or permit an aggressor to threaten our vital interests, or isolate itself from events of global significance."

America is certainly not the only nation that was brutally victimized by Japanese aggression during the World War II. China suffered the highest casualties than any other country at the time, the most heartbreaking of which is the Nanjing Massacre.

On December 13, 1937, Japanese troops broke through the Kuomintang's defense of the city, China's capital at the time, and began more than 40 days of mass slaughter. According to the then Chinese government's estimate, about 300,000 civilians and unarmed Chinese soldiers were brutally murdered, and over 20,000 women were raped.

Iris Chang wrote a history book about it, and there have been several movies made based on that tragic event. Chang later said that going through historic evidences during research was so agonizing and painful that it engraved a permanent psychological scar on her. She eventually committed suicide, reportedly because of depression. But one has to wonder if we can also count her as one of the 300,000 victims of the Nanjing Massacre. 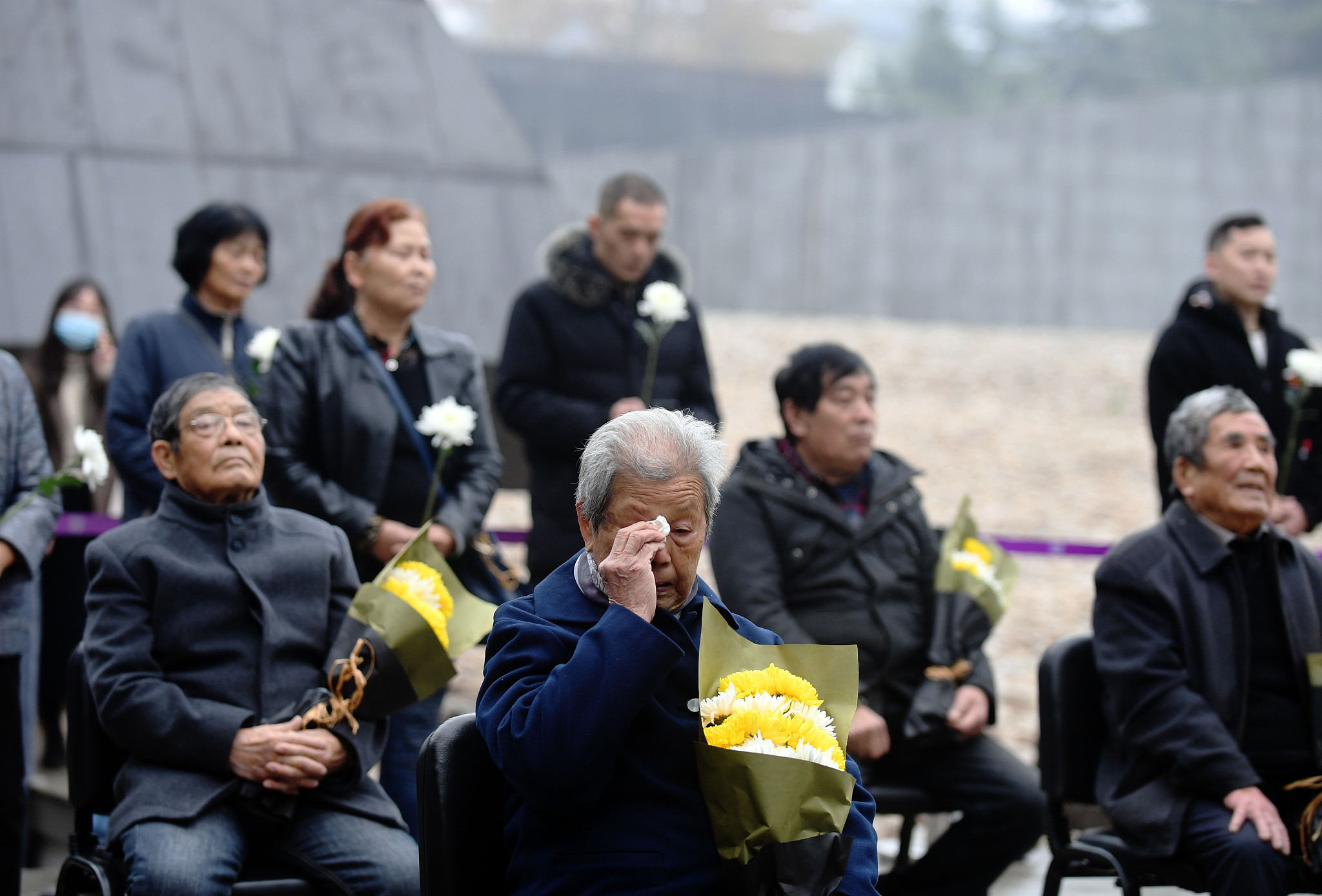 Representatives of families of survivors and victims of the Nanjing Massacre attend a memorial activity, November 25, 2020. /VCG

Representatives of families of survivors and victims of the Nanjing Massacre attend a memorial activity, November 25, 2020. /VCG

In 2014, twenty years after the Americans started the "National Pearl Harbor Remembrance Day", the Chinese government officially designated December 13, the day when Nanjing was run over, as the "National Memorial Day for Nanjing Massacre Victims".

Memorialization can be in many forms. In addition to the official venues, which I am sure the Nanjing municipal government will organize, perhaps we average folks can offer a minute of prayer before dinner tonight to honor those who picked up a fight on that day and those who suffered a brutal death at the hands of the Imperial Japanese Army.

But we also need, as Bill Clinton said, to educate the younger generation about our humiliating episode of history and pass on the message that history shall never be repeated.

And this is especially important, as more than 80 years later, there are still plenty of history deniers and revisionists, particularly in Japan, who often intend to minimize our casualties, and to portray the massacre as an ordinary battle and totally eradicate the war crimes of killing innocent, harmless women and children. It's disappointing to find that many young people in Japan today still buy the arguments of those deniers and revisionists.

Today China and Japan are on much better terms. But our recent recovery of relations should not negate the imperative for facing up to the history. And more importantly, the significance of memorial activities should go well beyond addressing an audience in Japan.