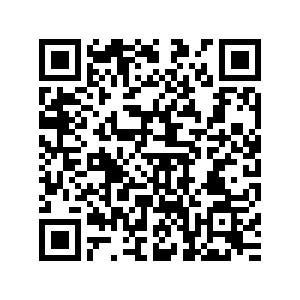 In restaurants, on the subway, at home, it's hard to escape the sound of short clips playing on smartphones. There is little doubt that this video genre has become ubiquitous and unavoidable.

Those working in broadcasting might have once questioned the raison d'etre of the new darling of the social media world. After all, the clips don't follow the linear logic of news reports and scenes are sliced and diced to create a narrative that doesn't surrender to chronological order. And then there's the fear that the rapid expansion of social media's arsenal could come at the expense of TV viewership.

It's undeniable that people everywhere are increasingly drawn to this format. And as the fandom for short videos grows, so do their detractors. Viewers have no qualms about watching these videos out loud, without any earphones on – and that's causing nuisance and trouble. Authorities in Shanghai imposed last week a ban on subway sodcasting, the practice of playing music through phone speakers in public.

From sponsoring Japanese TV drama to partnering with British show Strictly Come Dancing, the global success of TikTok, which pioneered short-form videos, attests to the power of this format. While it takes a feature film 80 minutes to reach its climax, a TikTok clip can tell a complete story in 15 seconds.

Short videos have crossed the boundary of entertainment into the wider territory of everyday life. Thanks to the ever-present and ever-evolving smartphones, these seconds-long clips are now a staple of our digital conversations. They are also an upgraded version of the traditional photo albums, where our memories, more vivid now than ever before, are stored in the cloud, shaping our present and creating our past, and along the way informing our identities.

The crusade that U.S. President Donald Trump has waged against TikTok is further evidence of the social network's significance. Its vast reach and influence is one thing, what it can harness is another. Users see the clips on their phones as "snapshots of life," but IT conglomerates such as Microsoft and Oracle that are drooling over the acquisition of TikTok call them "behavioral data." Now that the roles of consumers and providers of the same product are blurred, the data being produced and consumed is multiplying, forming a virtual goldmine.

The popularity of short videos is just one of the success stories of technology mediating the action of seeing. Another telling tale is Zoom. The rise of the American online teleconferencing firm has proven that virtual communication is an acceptable, sometimes even preferable, alternative to meeting face-to-face – the default option for human interactions since times immemorial. This consensus has started to take root before the coronavirus pandemic, which probably explains why the firm has been faring well in the stock market since 2019.

It's not difficult to imagine that the human mind will grow more accustomed to various forms of reality as the technological tools at hand become an extension of the body. True as this argument may sound, there is another side to it. We are also being reprogrammed by the instruments we've invented, socially, if not biologically as well. "Flashbacks," for example, is one term that the invention of cinema has brought into our vocabulary.

Via omnipresent videos – short, long, live, recorded – produced and stored in our smart devices about our lives, parts of our daily existence could be turned into raw materials before being repackaged as goods and placed on different platforms for visual consumption, for which our attention and time are the new currencies. The internet's fast expanding bandwidth renders the logistics of this kind of products seamless. Production and consumption could be done in the blink of an eye.

If wearable products with built-in cameras such as Google Glass become as popular as smartphones, we may never lead an offline life again. Reality and virtual reality as we know them today could be merged into one, turned into a succession of scenes available for streaming to anyone who wants to watch.

The benefits of new technologies are easier to notice than problems. The latter often takes longer time to manifest, and the best time to start considering the side effects is probably when something new is causing a hype.

What is a telltale sign that something is creating a buzz? For one, your phone will keep beeping.