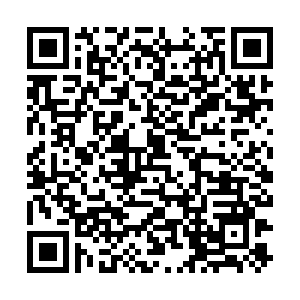 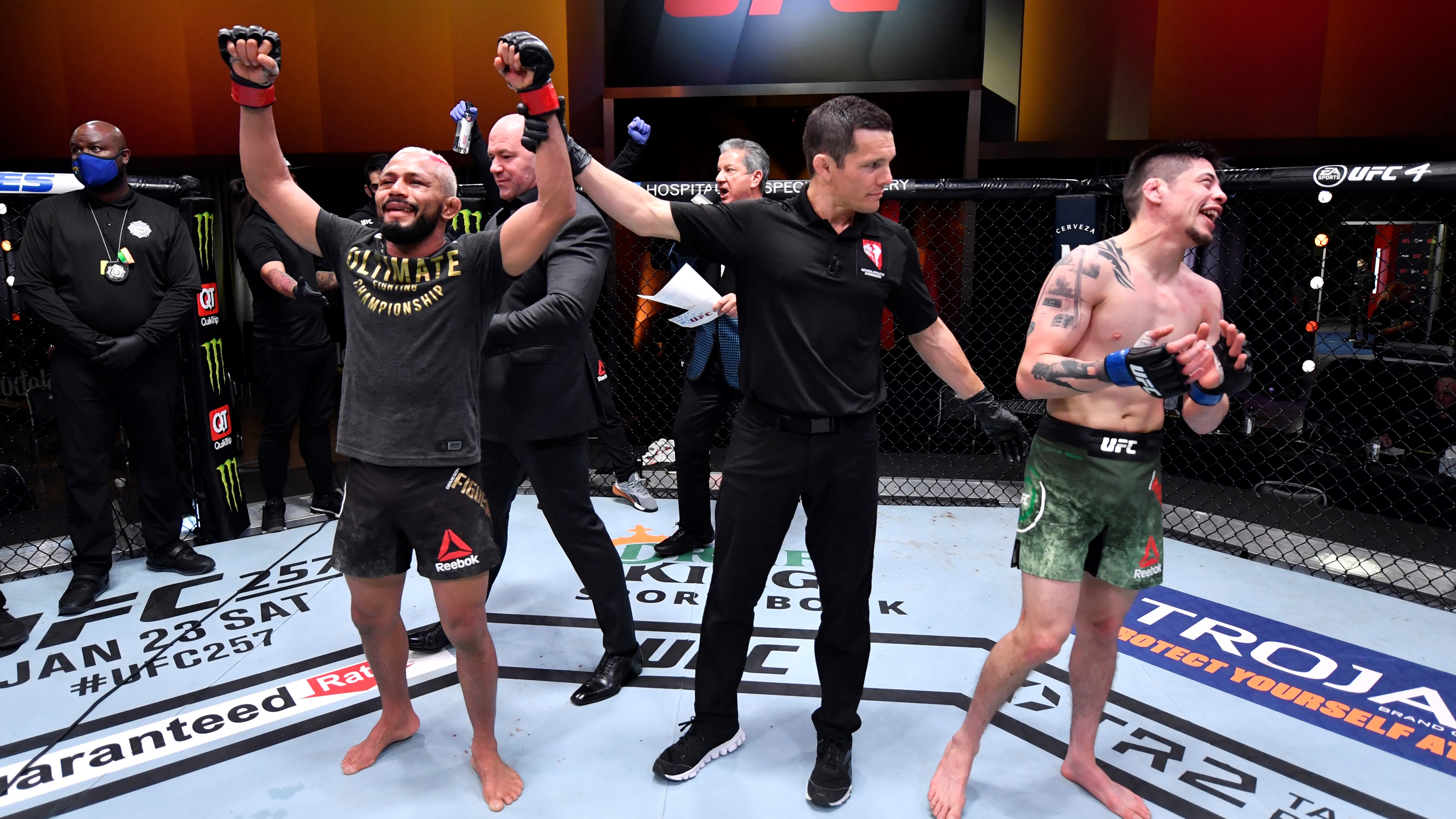 Deiveson Figueiredo (L) of Brazil and Brandon Moreno (R) of Mexico react after their flyweight championship bout is declared a majority draw in the UFC 256 event at UFC APEX in Las Vegas, Nevada, December 12, 2020. /CFP

Deiveson Figueiredo (L) of Brazil and Brandon Moreno (R) of Mexico react after their flyweight championship bout is declared a majority draw in the UFC 256 event at UFC APEX in Las Vegas, Nevada, December 12, 2020. /CFP

The UFC are in the business of making money and yet seem to do everything in their power to pretend their men's flyweight division doesn't exist. The received wisdom is that the audience doesn't care about male fighters who are on average 1.65 m tall and weigh a maximum of 57 kg, and the UFC as an organization has done nothing to change their mind.

Before Figueiredo won the vacant belt there had only been two champions. Demetrious Johnson and Henry Cejudo defended the belt 11 times and once respectively. Not only were they two incredible fighters – Johnson's German suplex into armbar finish against Ray Borg springs to mind as a major highlight – they were fighters with a personality too, which is incredibly rare in the increasingly gentrified world of UFC.

Johnson was a self-professed gamer, which made him perfect for this era of livestreaming and Cejudo, a lifelong pro-wrestling fan, earned the nickname "King of Cringe" for his WWE-style promos. And yet, the UFC didn't care: they traded Johnson away to ONE Championship because they had nothing for him and Cejudo went into retirement because he was sick of being undervalued.

Deiveson Figueiredo is well aware that his division isn't wanted and fights with the intention of getting noticed. In 2020, he fought in February, July and November. Each fight ended in a finish, the longest of which took until 4:48 of Round 2. The first two came against Jospeh Benavidez. Since joining the UFC, he had been finished once (by Demetrious Johnson) and then in back-to-back fights with Figueiredo, he was knocked and tapped out. 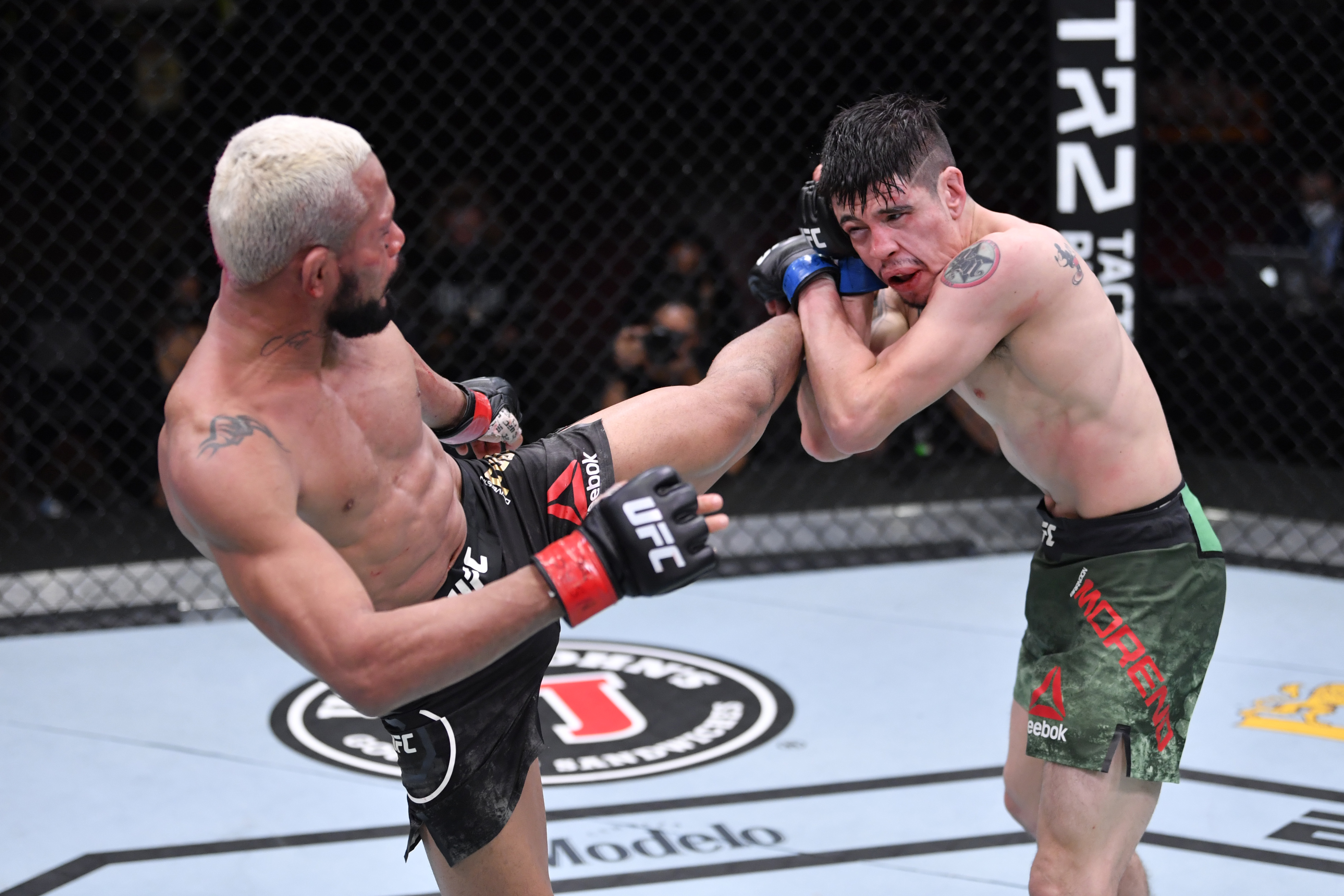 After finishing Alex Perez with a first-round submission, the UFC had to take notice. Figueiredo was destroying a whole division in style and they gave him his first PPV headline bout at UFC 256 a mere three weeks after the Perez victory at UFC 255.

Perhaps this was a test from UFC President Dana White to see if the flyweight champion could become a star. From the start of this five-round title defense, he didn't disappoint. In his fourth fight this year and second within a month he looked fresh as a daisy.

Throughout the first round, he bounced around the Octagon like he owned it and launched a series of blisteringly fast punch combinations, occasionally punctuated by the hard left that flattened Benavidez. To his credit, his opponent Brandon Moreno took all of this and responded in kind.

Moreno also fought multiple times this year and also squashed his rival, Brandon Royval, UFC 255 three weeks ago. It made sense to match these guys together. Especially as Moreno is the only other flyweight known for having heavy hands. It's clear from his high-handed, low-chinned stance that he comes from the Mexican boxing tradition and that makes him unique. 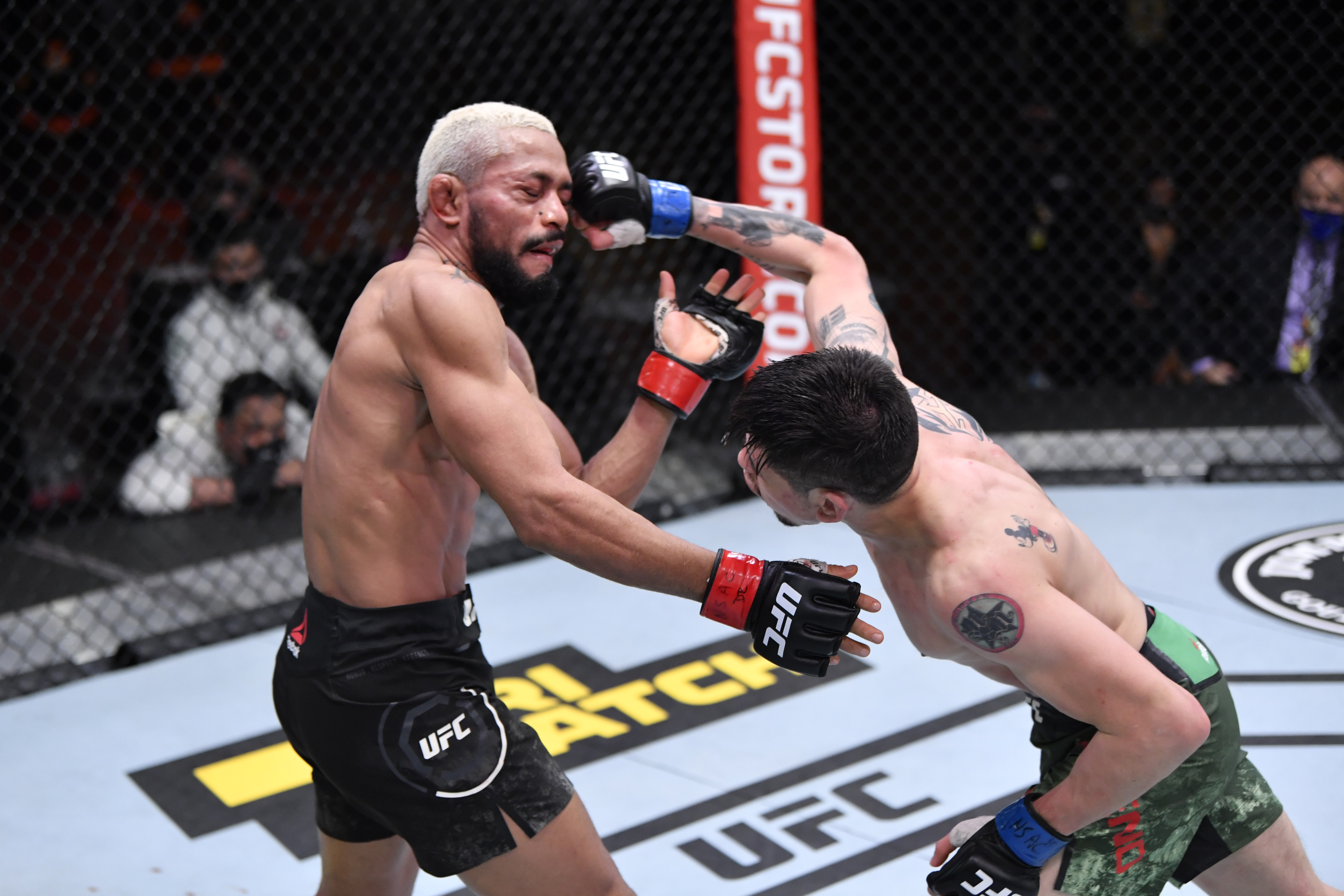 It wasn't until halfway through the second round that he even attempted a takedown and the success of it was a surprise to everyone. Figueiredo quickly powered out but it was still a shock to his system.

Unfortunately, the third round was marred by one of the hardest low blows the UFC has ever seen. Figueiredo went for a front body kick but aimed too far down and ended up doing an NFL-style punt kick right between Moreno's legs. It was so bad referee Derek Cleary took a point.

After spending his recovery time heaving and rolling around, wincing, on the mat, Moreno got back to his feet and was more vicious than ever. In Round 4, he tuned Figureiro up with his boxing and also hard head kicks. Moreno had been attempting them from Round 1 only to find Figueiredo slipping them repeatedly. Now with the accumulated fatigue, he was too slow to dodge and got clocked over and over. Each time, he wobbled and then proved his toughness by getting back in it.

The final round was five minutes too much for both men. After a four-round slugfest, they were out on their feet. Instead of boxing and counter-boxing, they were now swinging for the fences. Power haymakers and looping kicks were the only output here.

While that was clearly due to the point deduction from champion Figueiredo's foul in Round 3, it felt like the correct result. This was a 25-minute high-intensity, high-quality, super technical stand-up war and neither man gave any quarter. Dana White said afterwards it was the greatest fight in the history of the flyweight division and, if Moreno and Figueiredo could convince him, perhaps that's more important than the actual outcome of the fight.