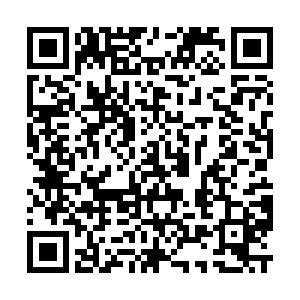 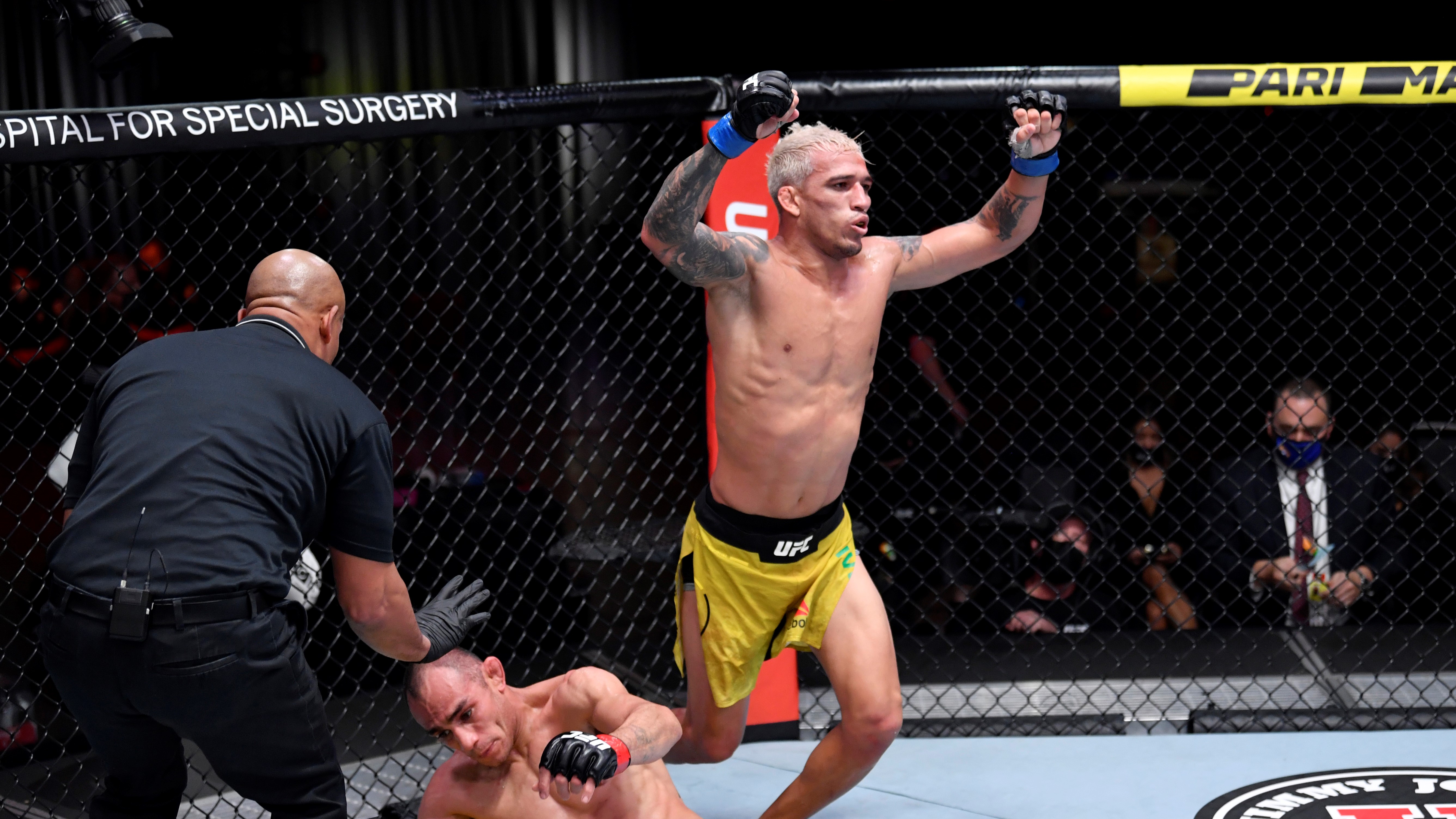 Charles Oliveira (R) of Brazil reacts after the conclusion of his lightweight bout against Tony Ferguson (C) of the U.S. in the UFC 256 event at UFC APEX in Las Vegas, Nevada, December 12, 2020. /CFP

Charles Oliveira (R) of Brazil reacts after the conclusion of his lightweight bout against Tony Ferguson (C) of the U.S. in the UFC 256 event at UFC APEX in Las Vegas, Nevada, December 12, 2020. /CFP

One of the most haunting images in UFC history came at the end of Tony Ferguson's loss to Justin Gaethje at UFC 249. When Herb Dean waved the fight off for a TKO, Gaethje was nowhere near his opponent. Instead, Ferguson, bloody and battered, was standing upright but stuttering around the Octagon, shaking his head to try and remain conscious. MMA is a violent sport but it's moments like this that show just how badly guys can get hurt.

There are some losses fighters never recover from. Fighters like Chris Weidman and Rory MacDonald went from being gunslingers to looking scared to pull their pistols after being on the receiving end of a severe knockout. There's a somewhat crude term for this in the online MMA community called "flushed" and, unfortunately, from the very beginning of the UFC 256 co-main event against Charles Oliveira, it looked like Tony Ferguson is flushed.

Oliveira started aggressively, pushing forward and chaining combinations together. Then, halfway through the round, with Ferguson backed against the cage, he picked him up, slammed him down and smothered Ferguson on the ground. For the final 10 seconds, Oliveira had Ferguson in an armbar that was so tight, commentator Daniel Cormier said he couldn't watch because he was so convinced the arm was going to break.

Charles Oliveira (R) of Brazil attempts to submit Tony Ferguson of the U.S. during their lightweight bout in the UFC 256 event at UFC APEX, December 12, 2020. /CFP

Charles Oliveira (R) of Brazil attempts to submit Tony Ferguson of the U.S. during their lightweight bout in the UFC 256 event at UFC APEX, December 12, 2020. /CFP

Tony Ferguson is billed as a freestyle fighter and is known for combining the traditional forms of MMA this more esoteric elements borrowed from wing chun and collegiate wrestling. When you're winning, as he did for eight years straight, fighting a maverick style makes you look like a genius; when you're losing, it makes you look hopeless.

In Round 2, with his left arm severely injured if not broken or fractured, Ferguson was even less in the fight. Oliveira took him down almost immediately and controlled the whole round from there. UFCstats.com has him listed as having control for 4:05 of a five-minute round. There was a momentary stoppage early on as Ferguson hit an illegal up-kick that badly cut Oliveira who was considered a downed opponent due to his knee being on the mat.

In the slow motion replay, it became clear that the cut on Oliveira's head came from a legal elbow as Ferguson was defending the takedown moments early, however, the footage of the illegal kick did him no favors as it made Ferguson look desperate, scrambling for any kind of offence to get Oliveira off him. 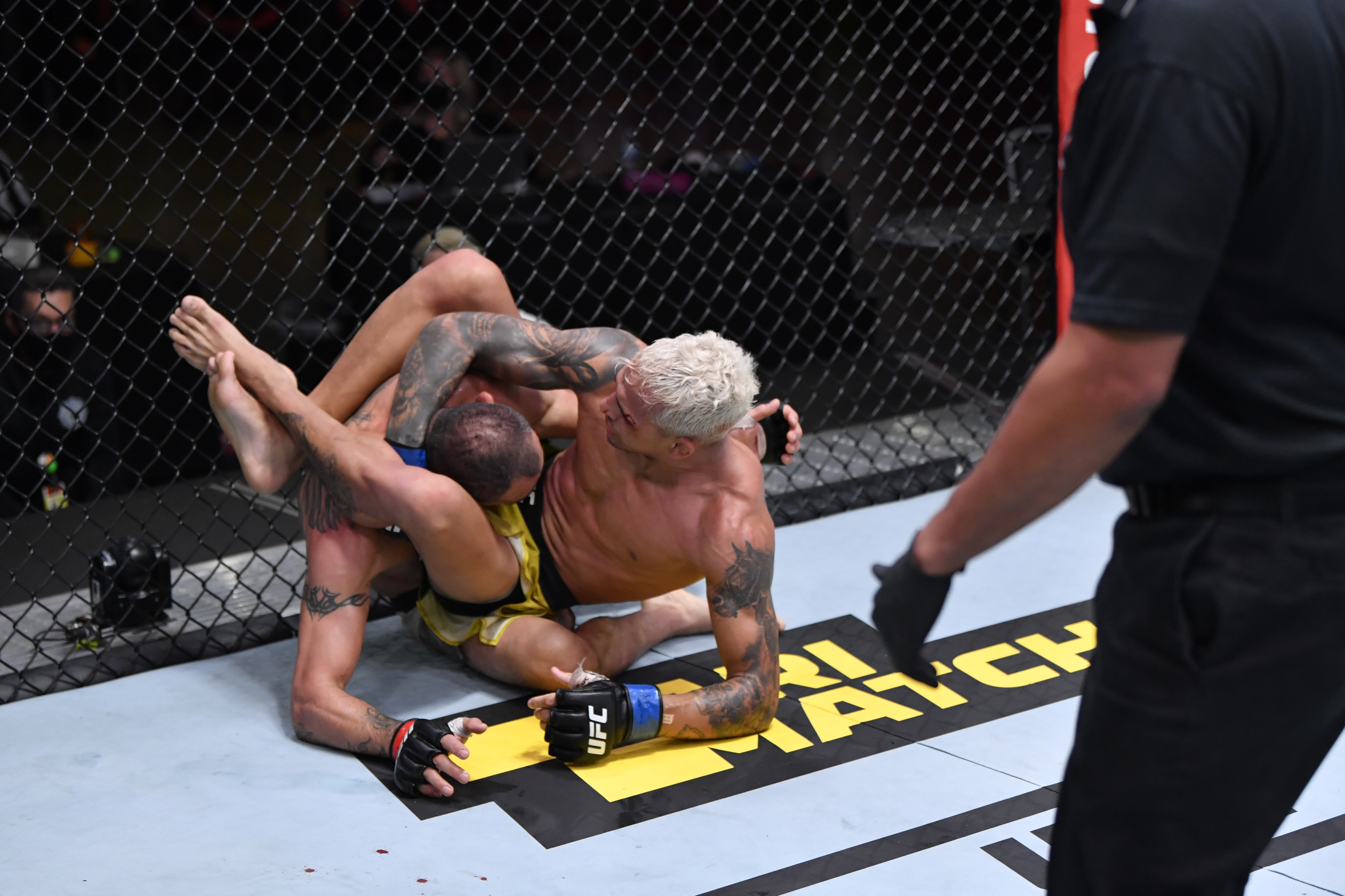 Charles Oliveira (R) of Brazil grapples with Tony Ferguson of the U.S. during their lightweight bout in the UFC 256 event at UFC APEX, December 12, 2020. /CFP

Charles Oliveira (R) of Brazil grapples with Tony Ferguson of the U.S. during their lightweight bout in the UFC 256 event at UFC APEX, December 12, 2020. /CFP

By Round 3, the fight was so one-sided, it resembled a drilling practice during a sparring session. Oliveira needed to practice his position switching on the ground and his submission transitions and Ferguson was the training partner to help him. At one point, Ferguson rolled through in an attempt to get back to his feet and Oliveira followed his momentum, swung around him from the back to the front, and locked him in a lovely triangle choke. Ferguson ultimately fought out of it, but it was entirely self-preservation, so when the bell rang, it was obvious that Charles Oliveira had won a unanimous decision (26-30, 26-30, 26-30).

What made the ground game of this fight so startling is that, during his 12-win streak, Ferguson was known for his high-quality Brazilian jiu jitsu, specifically for being dangerous on his back – the place where most fighters are at their absolute worst. To see him so thoroughly overpowered in the aspect that was considered his specialty was genuinely remarkable.

Part of that is Oliveira himself. He's been in the UFC for a decade so he feels like a veteran, even though he's only 31, and up until 2017, his UFC record was 8-8-1 so for a long time he was barely even a journeyman in the company. Whatever happened in his loss to Paul Felder at UFC 217, it must have fired him up; since then, he won seven straight and his flawless victory over Ferguson takes him not just to 8-0 in only three years but puts him squarely in championship contention.

As always, there is the fight and the story and while Oliveira's story looks like one of plain sailing, for Tony Ferguson this seems like a cruel Ian McEwan-esque final chapter. Either years of climbing the UFC's lightweight mountain, only to reach the pinnacle this summer and, in place of Khabib Nurmagomedov, the world's best grappler and the man he had prepared for five separate times, he found the heavy hands of Justin Gaethje and paid the price. This loss to Oliveira makes it seem like Tony's golden window has slammed shut and, at 37 years old, it won't be opening again.